One Month of Marijuana Sales and Washington Is Greener Than Ever 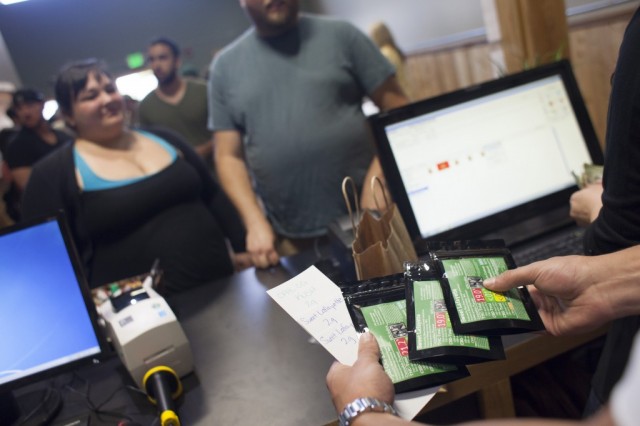 Though lagging behind Colorado in implementing its legal marijuana retail system, the state of Washington is one month into its great experiment, and it seems that so far everyone is seeing green. After initiating sales at the beginning of July, Washington’s marijuana market has seen $3.8 million in sales, and raised right around $1 million in new tax revenue for the state, according to NBC News. The important thing to remember about those figures is that they are coming in from 18 total stores spread across the state which have opened for business, despite the fact that around forty stores received licensing.

Not only are only a handful of stores operating across the state, but most have seen prolonged closures as a result of product shortages. Lines down the street were seen at shops in Seattle, but so far stores have run out of product very quickly as a result of high demand and low supply.

“It’s off to a healthy start, considering that the system isn’t fully up and running yet,” Washington Liquor Control Board spokesman Brian Smith told NBC News.

Since January, Colorado state officials have reported nearly $30 million in new revenue from its marijuana market, coming in the form of taxes, fees and licensing. Colorado and Washington, the only two states in the nation to legalize marijuana for recreational use, are taking two different approaches to the same issue. Colorado is taking a more direct approach, by opting for a much freer, open market while Washington’s market is much more tightly regulated, under control of the state’s Liquor Control Board.

Since marijuana was decriminalized and legalized in December of 2012, the Washington Liquor Control Board has dragged its feet in implementing a retail system, much to the dismay of potential customers and entrepreneurs, as well as analysts waiting to see how effective the state’s policies would be. The state agency finally allowed sales to begin earlier this summer, and we are just now beginning to see the system’s effectiveness and spoils. 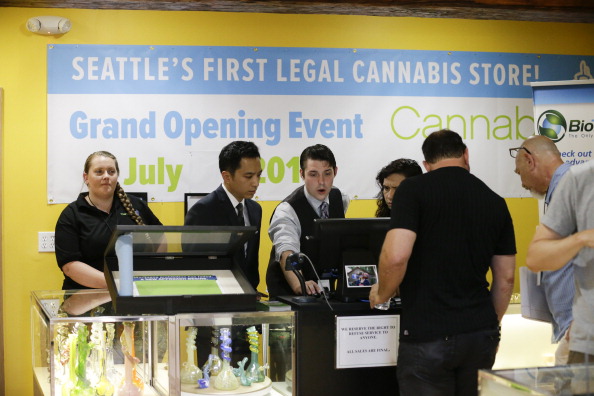 While it’s true Washington’s system will take some time to gain momentum, so far it appears that the biggest thing bogging down the market is over-regulation. The Evergreen state already had a fairly robust — and unregulated, for the most part — medical marijuana system, which has yet to be incorporated into the legal system. It’s unclear whether or not the medical system will remain untouched, or somehow incorporated into the legal market, in spite of the protests from medical marijuana patients and medical cannabis access point owners. Under the legal law, many of the advantages the medical system enjoyed would be done away with or threatened, including collective gardens, untaxed product and the unregulated edible and concentrates market.

Regardless of what happens in the future with the medical system, right now the state, and the Liquor Control Board, should be focusing its energy on cultivating its blossoming new industry, and trying to get out of the way of those attempting to make it bloom. Yes, as time goes on, more shops will open up and producers will be able to keep them stocked. But for now, the market is really struggling to find its legs.

High taxes and prices are also a problem on the consumer end, with many people either sticking to the medical market or continuing to buy from the black market, effectively dodging taxes, and getting the product they want where they know it will be in supply.

Although the beginning of Washington’s retail marijuana system has gotten off to a rocky start, it’s important to keep in mind that there really is no blueprint for the state to follow, and that the system will need to be operating at full capacity before any serious judgment — and heavy overhauls — can be made to it. Yes, Colorado’s system appears to be chugging along at an accelerated pace, but Washington is six months behind, and still has the proverbial training wheels on. After all, the state has allowed the system to be put into place, despite cannabis’ illegality under federal law. When the official numbers come in after six months or a year, and the true number of jobs created, the total revenue collected and the taxes that have been accumulated come in, then a true comparison between Washington and Colorado’s systems can be accurately made.

For now, the market will need to find its legs, which it will, with time. At the very least, the state of Washington has an extra $1 million in revenue to pay for schools and other public projects, and that’s with the system operating at an extremely limited capacity.

Give it six months, and the Evergreen State will be rolling in the green — much like Colorado.