Only 22% of Employees Expect a Holiday Bonus: Should You? 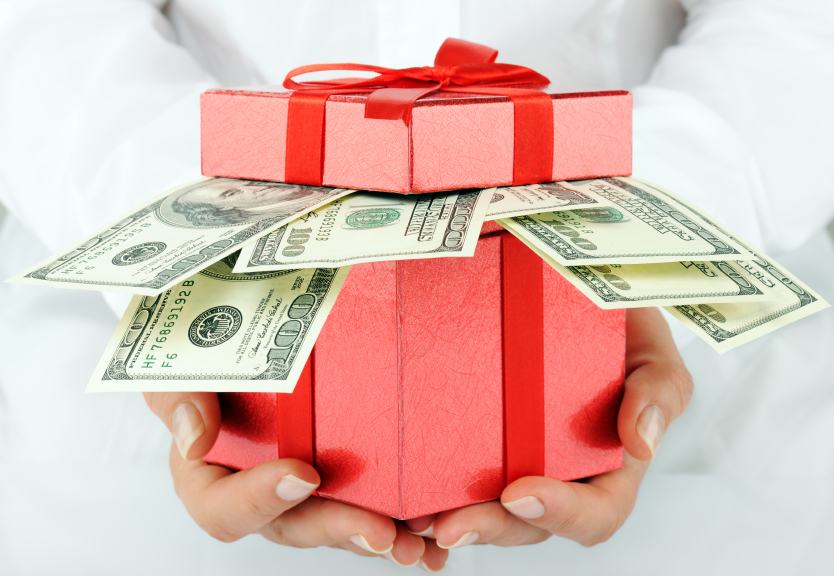 It might be the season for generosity, but many employees in the United States expect their companies to be Scrooges this year. Less than a quarter of employees in a recent Bankrate survey expect to receive a pay raise or a holiday bonus before the end of 2015.

In the survey released Tuesday, Bankrate reports that just 22% of surveyed employees expect to receive some sort of holiday boost in their pay, either through a bonus or a pay raise. That’s certainly not encouraging news when people could use the extra cash to put toward bills, gifts, and other expenditures, but it doesn’t mean that all is completely lost – at least not yet.

Though many people receive their bonuses at the holiday party or before the Christmas break, other companies could wait until early in 2016, when they conclude their fiscal year. The Bankrate survey just asked about expectations through the end of the calendar year, said analyst Mike Cetera, meaning more people could receive a bonus after Santa goes back into hibernation. “I think it’s actually going to be better [than expectations],” Cetera said in an interview with The Cheat Sheet.

Though there could be a few surprises, the survey does show that employee’s outlook on bonuses in general is rather lackluster. “People are pessimistic about the future of bonuses,” Cetera said. “That’s based, I think, on past experiences.”

The end of the holiday bonus? 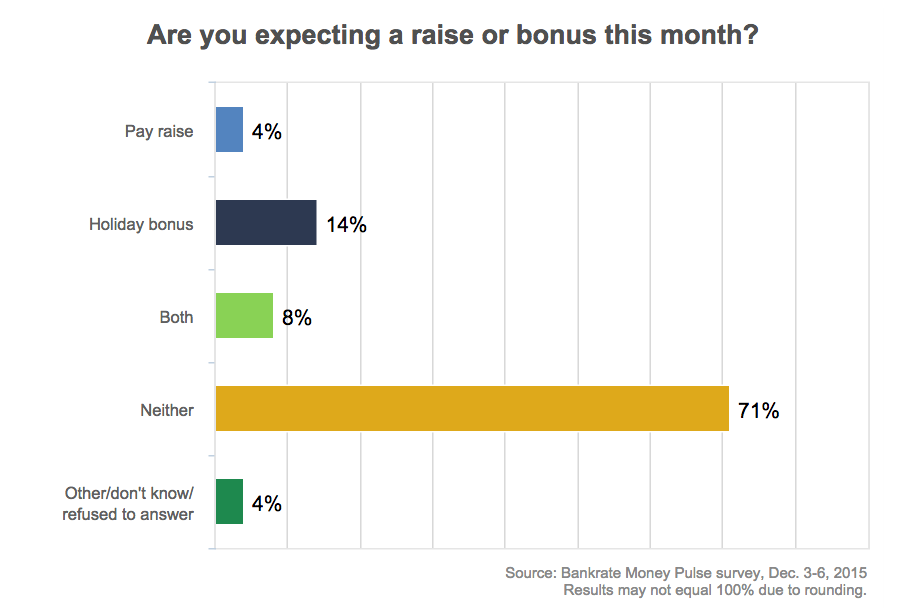 Following the recession, many companies stopped giving bonuses in order to stop the hemorrhaging of cash from their ledgers. There are signs of improvement, but Cetera thinks it will take several more years of bonuses for employees to expect them again. “Economic indicators are saying things are looking better, but people really aren’t seeing that in their wallets,” he explained. “Even if people are wrong and get surprise bonuses landing on their desks, it’s probably going to take a few years of those bonuses coming out to embrace them as normal compensation.”

In some cases, there could be a light at the end of the bonus-less tunnel. Last year, global outplacement consultancy Challenger Gray & Christmas found in a survey that 78% of the 100 companies surveyed were planning to give some sort of gift or bonus. That was an increase from 53% in 2013, suggesting “extras” were back on the table again. However, many companies are shifting from general bonuses for all employees to performance-based compensation. A separate study conducted this year by the Society for Human Resource Management found that 69% of companies don’t plan to give bonuses that aren’t tied to performance incentives.

Because bonuses haven’t been a guarantee in recent years, Cetera said employees aren’t earmarking extra funds ahead of time in the same ways they used to. When bonuses were more of an expectation, those funds were set aside ahead of time for vacations, gifts, or paying bills. The sting isn’t quite as bad when they’re not received now, because they’re not factored in to mental budgets as often. “My sense is that perhaps people aren’t missing the bonus per se, because they haven’t gotten it in so long,” he explained.

But that doesn’t mean companies are off the hook, in terms of employee satisfaction. “They’re certainly missing the extra pay in general,” Cetera said. When asked what their No. 1 wish was from their company in 2016, a bigger paycheck was the most popular at 39%.

“That doesn’t surprise me,” Michael Ettlinger, the founding director of the Carsey School of Public Policy at the University of New Hampshire at Durham, told Bankrate. “The advantage of a pay raise over the other options is that you can, to some extent, buy your way out of the other things. It’s just the most concrete option.”

Who expects to receive a bonus?

When it comes to receiving bonuses, some groups were more optimistic than others. About 32% of Democrats said they expected some sort of extra pay before the end of the year, either in the form of a raise or a bonus, but just 20% of Republicans were as hopeful. Cetera said Republicans tend to be more pessimistic about personal finance than their Democratic counterparts, despite the fact that Republicans are generally the ones making more money. That’s a trend Bankrate has noticed in several surveys over the past few years, which offers a few possible explanations for that pessimism on their website.

“Everyone has great intentions,” Cetera said, adding he would love to do a follow-up to see if those bonuses were actually used in the way respondents said they would be.