OPEC Chief Claims Oil Will Rebound Higher Than in 2008 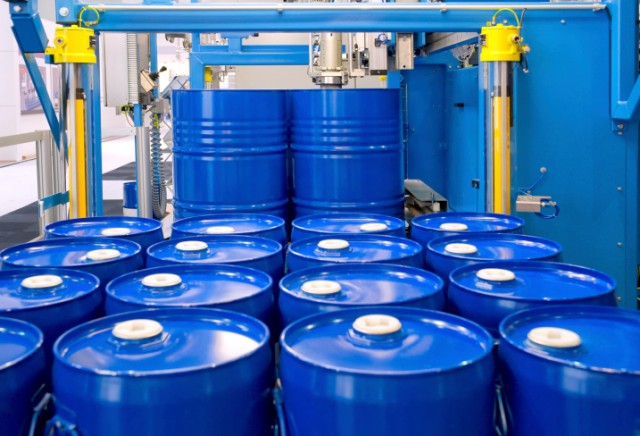 OPEC’s secretary-general says the 7-month-old plunge in oil prices finally may have bottomed out and may be ready to rise again. In fact, Abdullah al-Badri hypothesized that a decision by his cartel to cut production conceivably could lead to oil at $200 a barrel.

“Now the prices are around $45 to $55 [per barrel], and I think maybe they reached the bottom and will see some rebound very soon,” al-Badri said Monday in an interview with Reuters in London. If OPEC cut production, that price certainly would rise, perhaps to unimaginable levels.

“Suppose we cut production, and then we’ll have spare capacity,” he said. “Producers, when they have excess capacity, they will not invest [in new sources of oil]. If they do not invest, there will be no more supply. If there is no more supply there will be a shortage in the market after three to four years, and the price will go up and we’ll see a repetition of 2008.”

In a separate interview with The Telegraph, al-Badri recalled that in 2008, a similar lack of investment drove the price of a barrel of oil as high as $147, though it quickly crashed with the onset of the global financial crisis. But in the current climate, he said, the market could “rebound back higher that the $147 we saw in 2008” — perhaps even as high as $200 per barrel.

In the meantime, OPEC has deliberately created an oil glut of about 1.5 million barrels per day by refusing to cut production below 30 million barrels per day, a level set three years ago. The point of creating the glut has been to bring down oil prices to the point where expensive shale drilling, especially in the United States, ceases to be profitable.

The oil glut created by OPEC won’t be erased by a rise in demand, only by a cut in production, according to Ole Sloth Hansen, an analyst at Denmark’s Saxo Bank in Copenhagen. And then the market will stabilize — not at $200 per barrel, but more like $100 per barrel, he said.

“[Al-Badri] is raising a valid concern that falling investments due to the current price collapse may leave us with little oil coming out of the ground in a few years’ time,” Hansen said in an email to Bloomberg News. “A move back above $100 will bring the shale oil drillers out in force as they can relatively quickly react to rising prices.”

And in a message to The Wall Street Journal, the investment bank Simmons & Co. International said al-Badri’s comments show that “OPEC will continue to monitor the oil markets and adjust strategy as the market evolves, but do not necessarily imply any action is imminent.”

In fact, Al-Badri said, it’s too soon to talk about OPEC adjusting its policy on output. “It will take another four to five months [before the cartel’s ministers meet again at its headquarters in Vienna], and we will not see some concrete efforts before the end of the first half of the year due to the reason that we will see how the market behaves at the end of the first half of 2015.”

Al-Badri acknowledged that some of OPEC’s 12 members, including poorer members of the cartel, such as Venezuela and Iran, questioned the group’s decision not to cut production at its most recent meeting in November. But he insisted that the vote at the meeting was unanimous.

“It was a collective decision,” he said. “Everybody participated in the decision, there are some remarks and some reservation, but at the end of the day all the ministers agreed to this.”