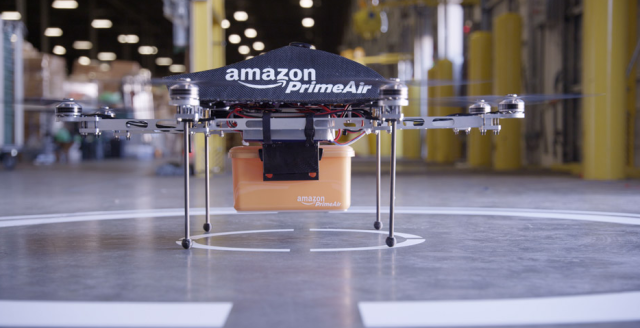 Before the market open on Thursday, Amazon (NASDAQ:AMZN) announced a record year for Marketplace Sellers. The company made many important disclosures about 2013, including: over one billion units were sold on Amazon by Marketplace Sellers, which now total over two million; these units were cumulatively worth “tens of billions of dollars”; the number of Marketplace Sellers using Fulfillment by Amazon (or, FBA) increased by over 65 percent year-over-year; the number of FBA units shipped grew by over 50 percent year-over-year during the holiday season; and the number of FBA units shipped in Q4:13 was more than the combined total for 2010 and 2009.

We believe Amazon earned billions of dollars from these Marketplace Sellers in 2013. Although the total amount earned by Amazon is unclear given a relative lack of detail, we believe the figure is at least $4 billion (roughly 5 percent of our total revenue estimate for 2013), although we think that the overall figure is likely much higher. We arrive at our $4 billion estimate using an average referral fee of 13 percent (referral fees range from 6 – 15 percent for the most part) on $20 billion of sales (totaling $2.6 billion), plus a $1.00 pick & pack fee per unit and a $0.42 weight handling fee per unit for each of the one billion items sold (totaling $1.4 billion).

If the company’s “tens of billions of dollars” comment means that overall Marketplace Sales were $30 billion, the revenue contribution to Amazon could be $6 billion. We note that our ‘pick & pack’ and weight handling fee assumptions are base case (as are our estimates for the other items except the referral fee), and will scale up as size and weight increase. There are also additional fees for certain items that we have not factored into our assumptions. For example, media items incur a variable closing fee that non-media items do not. Our revenue estimate also does not take into account any monthly subscription fees for professional sellers. We have included a Selling on Amazon Fee Schedule here: Selling on Amazon Fee Schedule.

As discussed in our note last week, Amazon will increase many of the fees charged for Fulfillment by Amazon on February 18. The affected fees include fulfillment fees, monthly storage fees, inventory placement service, and apparel handling service. According to the company, the fees are intended to address rising customer service, fulfillment, storage, and transportation costs. We see these fee increases as a signal of Amazon’s confidence in leverage over third parties, and believe they serve as an indicator of profit acceleration. Thursday’s press release makes this leverage even more apparent.

We are maintaining our NEUTRAL rating and $330 price target. Our PT reflects a P/E multiple of 50x our hypothetical FY:19 EPS of $8.38, discounted back five years. Our rating is based on our assessment that Amazon is unlikely to provide investors with a strategy road map. While recent announcements have given us increased visibility into Amazon’s revenue growth, we are not convinced that the company will share sufficient details about spending plans to allow us to accurately model profit growth, and it could be a long time before EPS grows sufficiently to justify its share price.

Amazon is a dominant online retailer well on its way to becoming one of the world’s largest retailers. The company enjoys considerable advantages over its brick-and-mortar competitors, due to its low direct overhead. Amazon management is quite ambitious, expanding into expensive digital media through its Kindle hardware and Prime video streaming, depressing the company’s earnings power. Similarly, the expansion of Amazon Web Services has thus far been quite costly, although we think that Amazon is at a tipping point and will generate significant leverage going forward.

In order to take a position in Amazon, we believe investors must make a leap of faith that its revenues will continue to grow and will generate high contribution margin; we have made the leap of faith on revenues, but the lack of visibility on contribution margin gives us pause, and we prefer to stay on the sidelines. Accordingly, we are maintaining a NEUTRAL rating on Amazon shares.