In the cutthroat world of cars, automakers are constantly trying to outdo their competitors. But here’s the problem: Cars have just about always been four wheels, an engine, a steering wheel, and some seats. So how do you differentiate yourself after the basic form and function, safety and emissions regulations, and cost considerations? The simple answer is by cornering the market on new tech.

Of course, that’s easier said than done. For every drive-by-wire system, lightning-fast color touchscreen, ultra-efficient hybrid system, or life-saving safety feature, there are dozens of ideas that never quite took off. Most of these never left the design studio, but more than a few did.

Whether they evolved to perfection and were eventually surpassed or were never quite ready for sale, each of these ideas offers a glimpse into a future that might have been. Looking back through the decades, here are 10 technologies automakers spent time and money trying to perfect but just couldn’t get right. 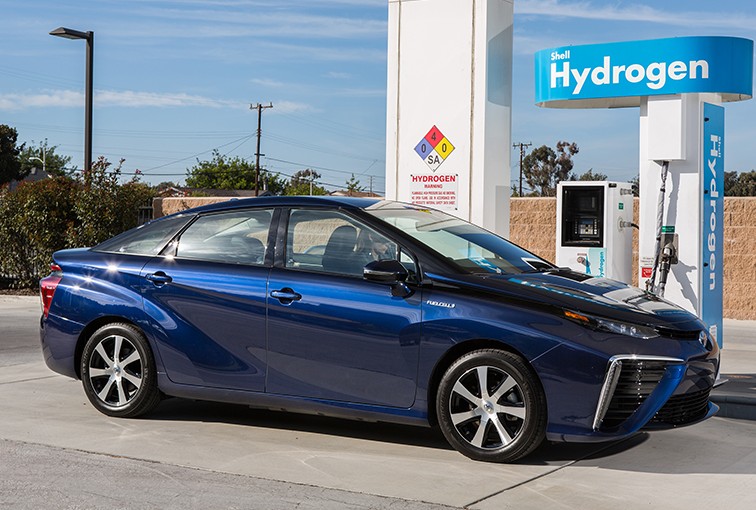 Despite the Toyota Mirai (pictured) and Honda Clarity, the rest of the automotive industry has largely ignored hydrogen power. | Toyota

In 2014, Honda, Nissan, and Toyota committed to a joint program where the automakers created an infrastructure for hydrogen-powered cars in Japan. But despite Honda and Toyota sinking billions into hydrogen technology, no other automaker (including Nissan) has shown any real interest in developing this alternative fuel source. Unless things change very quickly, hydrogen-powered cars still look like an evolutionary dead end.

Next: This tech spent 40 years in development before being abandoned. 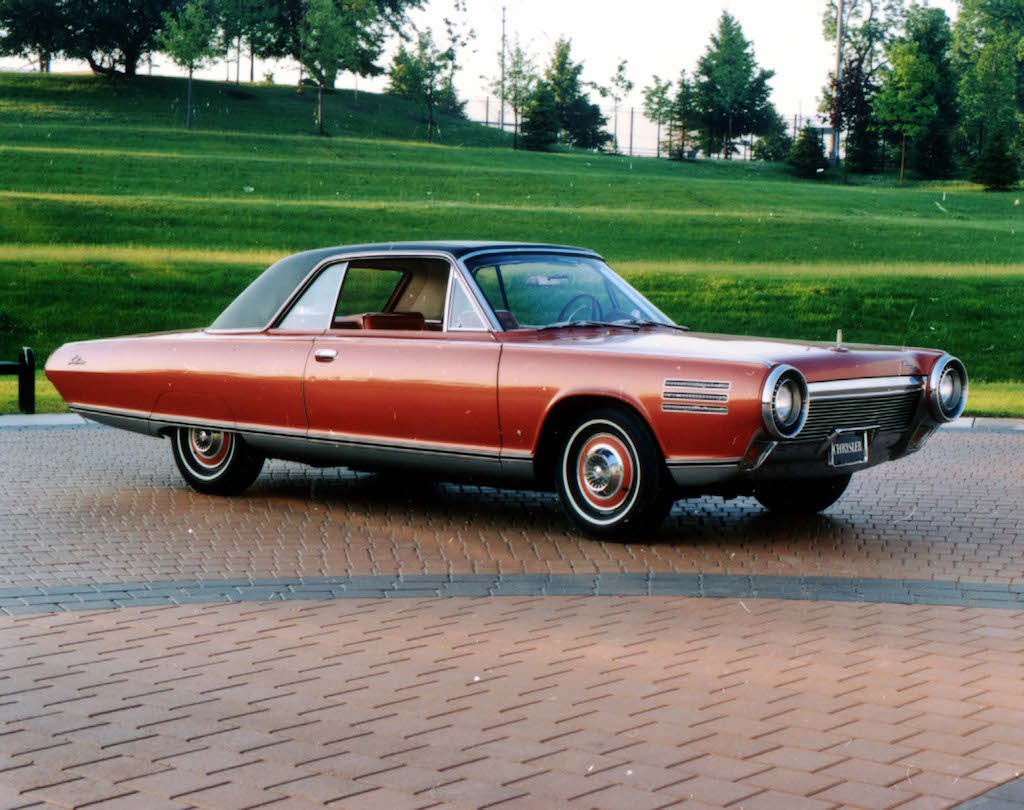 Despite 40 years of development and a high-profile lease program for its 1963 Turbine Car, Chrysler never quite figured out how to make turbine power viable. | Chrysler

In the late 1930s, Chrysler began experimenting with the idea of turbine engines for cars. On the surface, the project had lots of potential: Compared to the internal combustion engine, turbines were simpler, long-lasting, didn’t need a cooling system, were more economical, and rarely needed any maintenance. What’s more, they could run on virtually any combustible fuel — Chrysler even ran the cars on tequila and Chanel No. 5 for public demonstrations. Despite a high-profile 1963 to 1966 program, where average Americans could lease the unique Turbine Car, these engines were never deemed refined enough to enter production. Chrysler finally abandoned the technology in 1980.

Next: We’re pretty happy this one never made it off the drawing board. 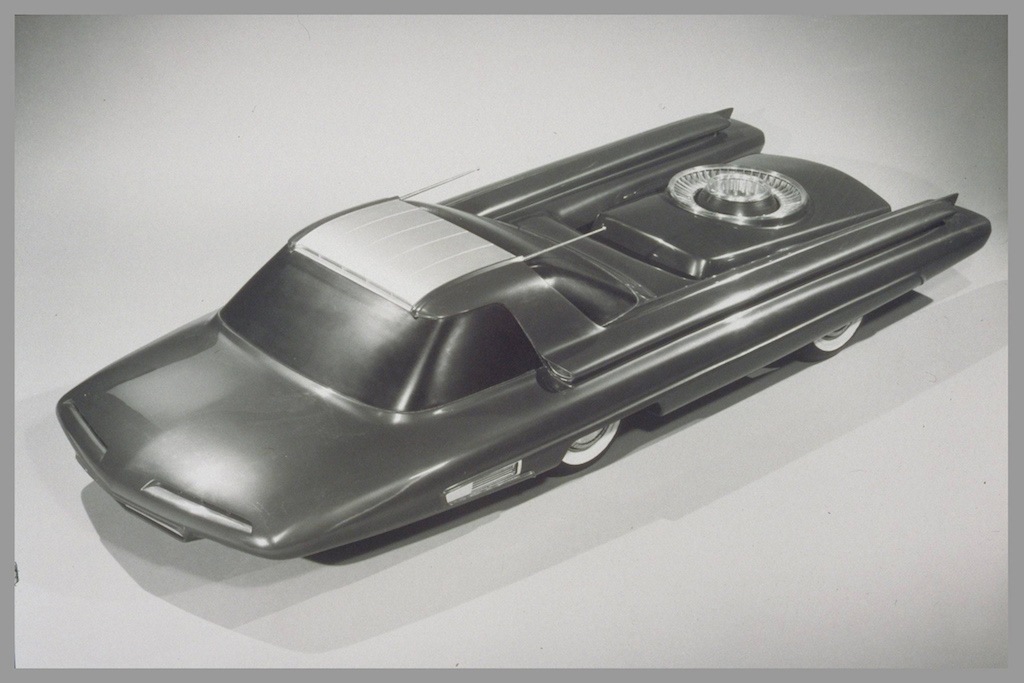 Ford hoped cars would someday be self-propelled by a big nuclear reactor hanging out over the rear wheels. | Ford

Yes, you read that right. At the peak of 1950s optimism, American engineers felt confident nuclear power would soon be refined to the point where people would be able to buy their own personal reactors. Eventually, they would wind up in cars, such as the 1958 Ford Nucleon concept. Thankfully this one never got off the drawing board. We’d hate to think about what would happen in a rear-end collision.

Next: This popular tech got its start decades ago.

Touch screens might seem like the latest tech, but they’ve actually been around since the 1980s. Introduced in the 1986 Buick Riviera, the Graphic Control Center system controlled the radio, climate control, and trip computer. But unlike today’s LCD screens, this was a glass cathode tube with black and green graphics like an old ATM. After system failures and other problems, Buick discontinued the troublesome tech in 1990. Touch screens came roaring back in the 2000s, but the old glass and metal cathode tubes were a thing of the past. 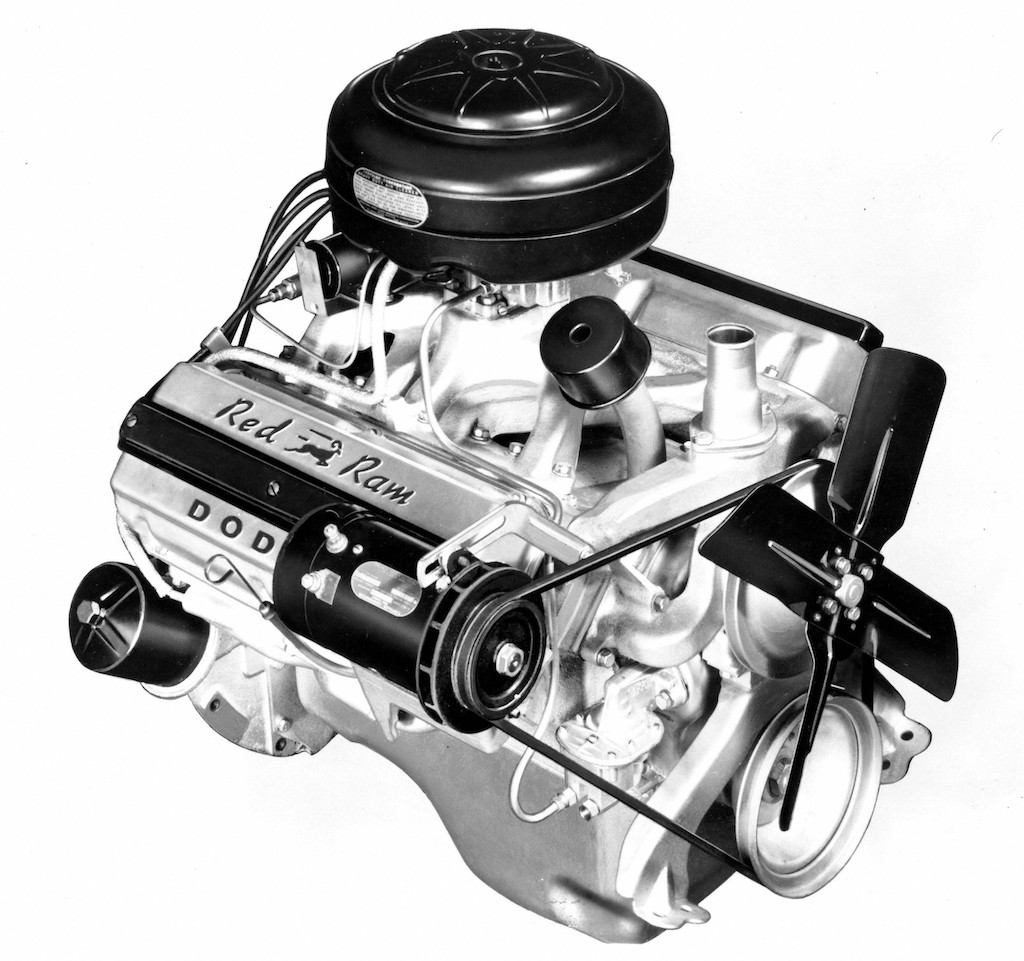 Seen to the left of the fan, the generator on this 1956 Dodge Red Ram Hemi V-8 would be history in a few years. | Dodge

Your car’s alternator is one of the most essential parts under its hood. But it wasn’t introduced until 1960, when Chrysler made it standard equipment on the Valiant. Both Ford and General Motors stuck with the old generator system for a few more years. Generators were heavy, prone to wear, and struggled under the strain of powering a car’s accessories. By the mid 1960s, the entire automotive industry had abandoned the ancient technology for the simpler, more capable alternator.

Next: This radical idea proved some things just can’t be improved on. 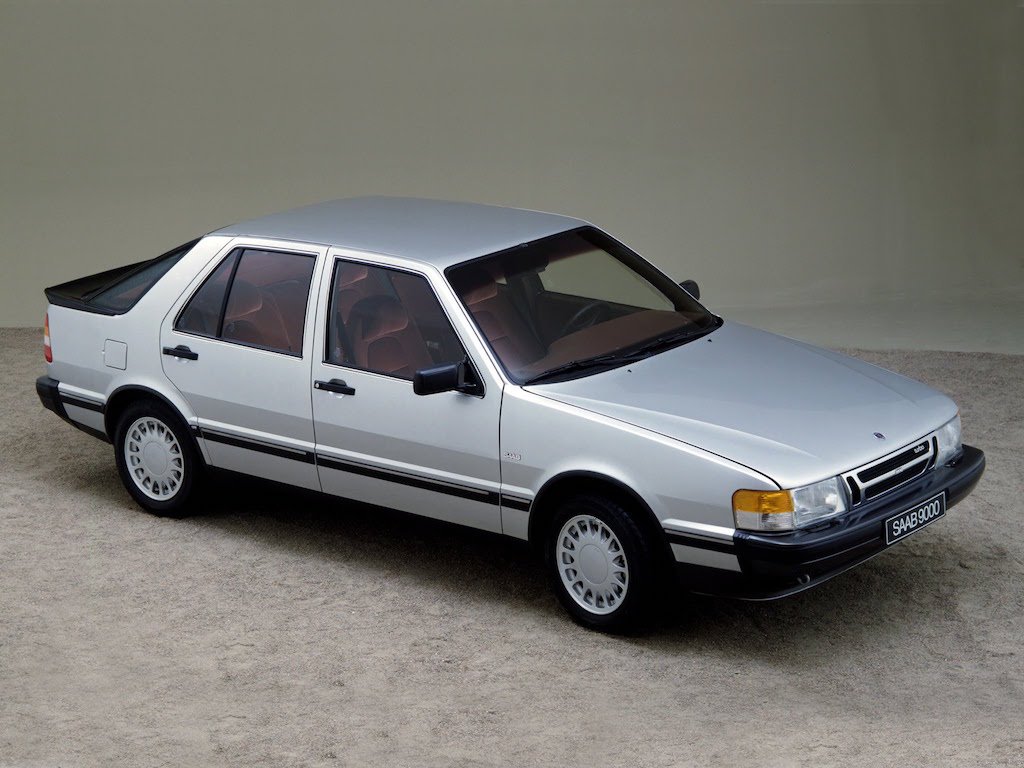 Aside from the lack of steering wheel, Saab’s Prometheus prototype didn’t look that different from a standard 9000 Turbo. | General Motors

Some of the earliest cars used a tiller like a boat to control steering, but a wheel became the universally accepted control in the early 1900s and has been that way ever since. In the 1990s, Saab questioned the steering wheel’s dominance and took its “Born From Jets” slogan a little too seriously.

The aerospace-cum-automaker began testing the 9000-based Prometheus in 1992 as a means to work on its drive-by-wire system. Instead of a steering wheel, the car had a joystick where the gear shifter would normally be. Overly sensitive and difficult to control, Saab abandoned the joystick idea once it became clear the car would be safer with a conventional wheel between the driver and the dashboard.

Next: Car buyers hated this so much that Congress had to step in and stop it. 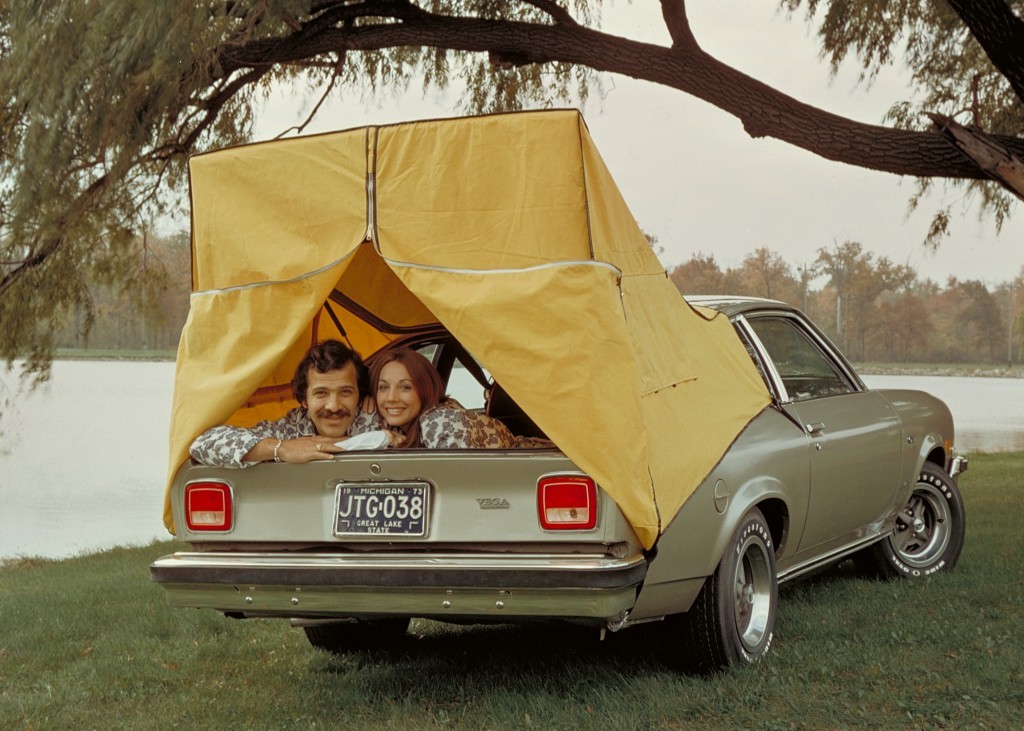 This couple might be camping because they couldn’t figure out the seat belt lockout system on their ’74 Vega. | Chevrolet

The 1974 model year brought some of the biggest changes in automotive history. All cars had to have 5 mile per hour impact bumpers, catalytic converters, and a number of other safety and emissions features.

One of these was the seat belt immobilizer, standard on all 1974 cars. To ensure people wore their seat belts, automakers wired the driver’s and front passenger belts to the ignition. If they weren’t fastened, the car wouldn’t start. Despite good intentions, the system proved to be troublesome and unreliable, and customers hated them. Thanks to a ferocious public backlash, Congress rescinded the requirement before the year was out.

Next: No automaker has been able to perfect this idea. 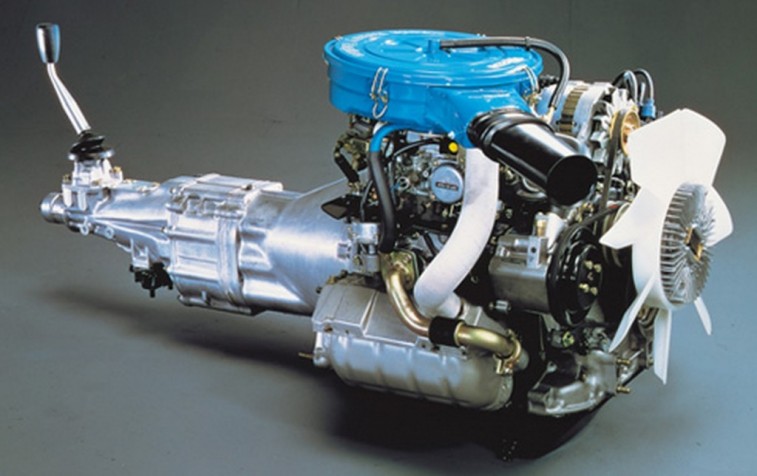 People long have considered the Rotary engine to be Mazda’s pet project, but its history goes well beyond the Japanese automaker. Conceived in 1929 by Felix Wankel, the rotary was smaller, lighter, more compact, and ran smoother than a normal internal combustion engine.

In the 1970s, virtually every major automaker tried their hand at perfecting the design. Unfortunately, the triangular-shaped rotors wear unevenly, the engines have a worrisome thirst for oil, and no automaker has ever been able to solve the rotary’s appetite for apex seals. Mazda claims to be working on a next generation rotary engine, but we’ve seen no car with one since the RX-8 disappeared in 2012.

Next: Designers hoped one car could turn into several cars. 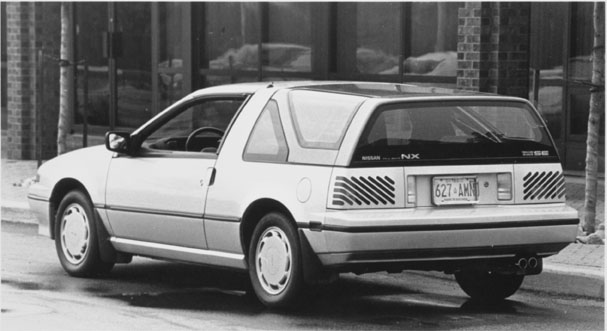 The Sportback module transformed the Nissan Pulsar NX from a sporty car into a station wagon.  | Nissan

In the 1960s and ’70s, automakers gave car designers free rein to create some outrageous concept cars. And as they looked to the future, these designers believed buyers would buy a single car, then order special bodies and features to transform their vehicles into what they need at any given time.

The closest the car-buying public got to this was the 1986 to 1990 Nissan Pulsar NX. A small, sporty coupe, the NX was available with a targa top, hatchback, and Sportback. With electric car platforms, the idea of a modular car is beginning to sound appealing again. But given the success (or lack thereof) of the NX, we doubt we’ll see another one anytime soon.

Next: Automakers eventually perfected and surpassed this tech. 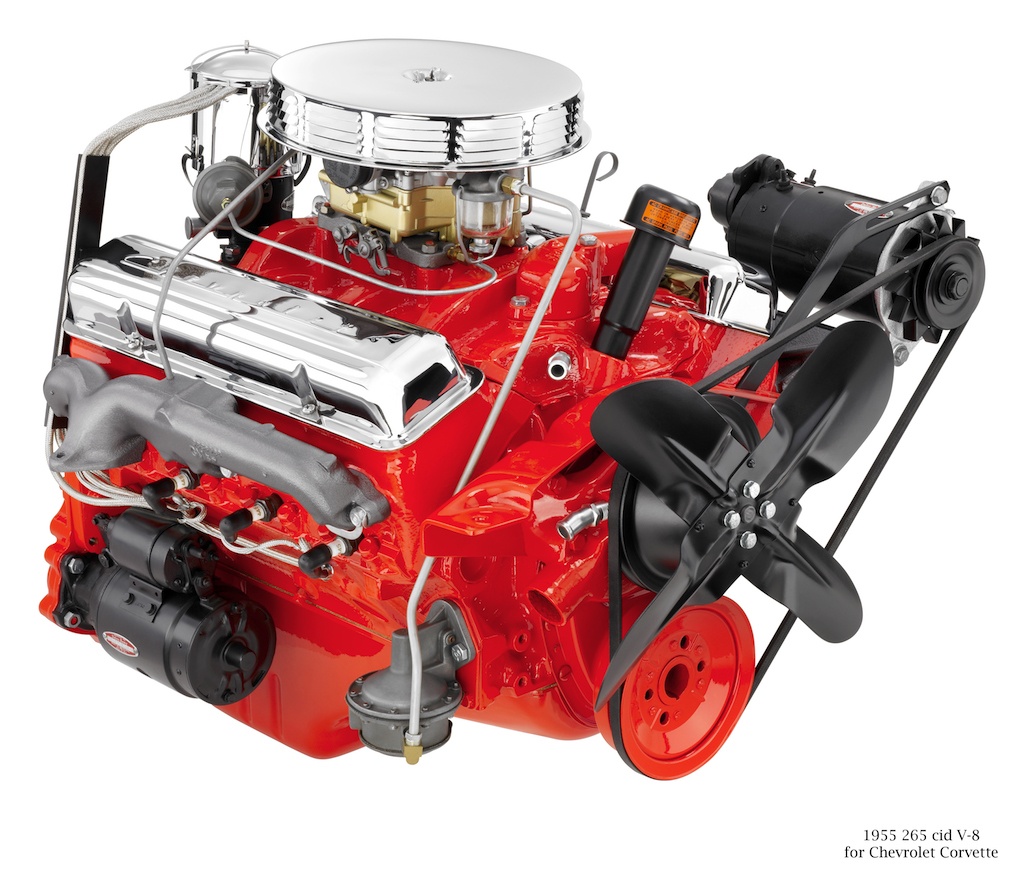 Peaking out in gold underneath the air cleaner of this 1955 265 cubic inch Chevrolet V-8, carburetors disappeared in the 1990s. | Chevrolet

From the 1880s to the 1980s, the carburetor was the respiratory system of the car. Oxygen would move through the carburetor into the engine, where it would mix with fuel in the combustion chamber. But no matter how advanced they got, carburetors were temperamental and needed to be tuned to compensate for climate, elevation, and performance.

NASCAR still uses them, and some older gearheads swear by them. But simply put, electronic fuel injection is just more effective and reliable. The last American carbureted cars — the Ford Crown Victoria P71 (a precursor to the Police Interceptor) and the Jeep Grand Wagoneer — disappeared after the 1991 model year.