Overpaid and Underworked? 6 Jobs That May Pay Employees Too Much

Do you feel like you’re being overpaid? Is there just too much money in your bank account? Is your wallet so thick with money that you need a rubber band to keep it closed? If you can’t agree with these statements, chances are you’re in the majority. However, there are some employees out there who marvel at how lucky they are each time they see their paycheck. Some American workers have a unique situation that most employees may never experience — they are quite underworked and overpaid. They sit at their desks, day after day, bored to tears. As they watch the clock, they count the minutes until it’s time to receive their next six-figure paycheck. Wouldn’t you love to have this problem?

Some people do have this problem. Believe it or not, some who make more money than you’ll ever see or even feel a little guilty about it. If you have this issue, Alison Green, founder of Ask a Manager, has this advice on her blog:

…[If you make a lot of money] it can make it harder for you to leave your job because everything else will feel like a pay cut (and this is especially true if you’ve raised your standard of living along with your income). You can mitigate this by deciding what you think you “should” be earning and then living as if that’s your salary and putting the rest straight into savings, so that it’s not impacting your day-to-day spending or your big ongoing expenses, like a mortgage.

If you’re looking for one of these jobs, The Cheat Sheet has done a bit of legwork for you. We found a few jobs that pay more when compared to required training and responsibilities. Here are six jobs that may pay employees way more than they’re worth — but that doesn’t necessarily mean these are easy jobs to get.

A real estate agent license can be yours with minimal effort and great rewards. Real estate agents for luxury homes are sitting pretty. Agents in affluent neighborhoods can make more than $200,000 a year as a result of higher commissions for these listings, according to MarketWatch. “Anyone who puts in a little effort can pass the test to get a real estate agent’s license, which makes the vast sums that luxury-home agents earn stupefying,” wrote MarketWatch contributor Chris Pummer.

If you’re interested in crafting brand images and improving company reputations, brand strategy might be right up your alley. For an average annual salary of $90,000 a year you can help save or further promote brands all day. A U.S. News and World Report analysis rated brand strategists among the overpaid partly due to the fact that many brand strategies see their jobs as lacking importance when compared to other professions.

If you have something encouraging to say and a catchy way to say it, you could make the big bucks. The most sought after motivational speakers and former politicians can make millions of dollars a year. In fact, former president Bill Clinton made $9.5 million for giving 60 speeches in 2002. “The national convention circuit’s shame is that it blows trade-group members’ money on orators whose speeches often have been warmed over a dozen times,” wrote Pummer.

While it’s great to be entertained, and you’re likely waiting for the next blockbuster film release, thinking about how much these Hollywood actors get paid might put a damper on your fun. The world’s highest-paid actor, according to Forbes, is Duane “The Rock” Johnson, raking in a whopping $64.5 million last year. That’s not bad considering this profession does not require a college education. Actors who don’t make it to Hollywood earn a much more modest salary. The median pay for less-famous actors is roughly $18.50 per hour, according to the Bureau of Labor Statistics.

Professional athletes also make a pretty penny without having to spend years in school or suffer through entry-level jobs while attempting to climb the corporate ladder. If you have the talent and are lucky enough to be picked to play for an elite sports team, you’ll have plenty of cash to enjoy for years to come (provided you don’t spend it all on mansions and cars). In addition to earning millions from playing sports, the world’s highest-paid professional athletes have the added benefit of making money from product endorsements. The highest-paid professional athlete, according to Forbes, is soccer player Cristiano Ronaldo, who made a total of $88 million in salary and endorsements last year. Athletes who aren’t fortunate enough to earn star status make a median annual salary of $44,680.

Will Ferrell in Anchorman | Dreamworks

Those with charisma and the right connections can score a talk show or a seat behind an anchor desk on a major network. If you play your cards right you can earn as much as a sports star, just for telling a few pre-written jokes and having a winning smile. When it comes to top TV salaries, Dr. Phil McGraw wins. He made $88 million last year.

Enough about them, though. Let’s take a quick look at how you can make more money …

How you can make more money

Are you looking for ways to make more money? While you might not earn millions of dollars in your industry or ever become the next big thing, there are some steps you can take that could help you take home more cash.

Ask for a raise

Money in a wallet | iStock.com/dolgachov

Think about asking for a raise. After you’ve researched salary data for your industry and gathered information demonstrating your value at work, you’re ready to have a talk with your boss. Discuss why you deserve a raise or learn more about what you need to do to get one. 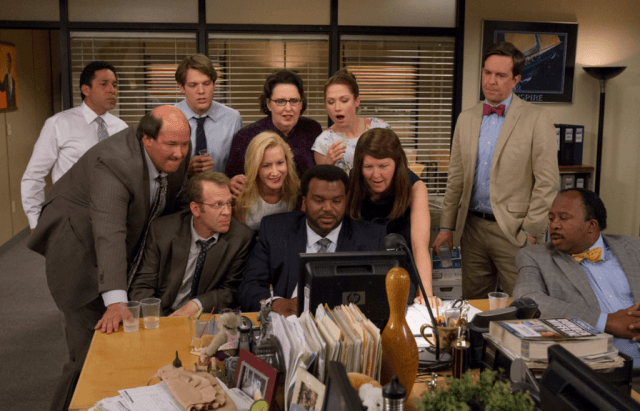 Employees at The Office | NBC

If your raise request is denied and you’re ready to move on, look for a better-paying job. This is one of the quickest ways to earn additional money. Tap your professional and personal contacts to let them know about your job search. Also, take this time to update your resume. Add experience from your previous job and remove unnecessary items.

Get a side gig

Woman on a video conference | iStock.com/jacoblund

Don’t forget to add income. Having multiple income streams is not only a great way to hedge against the financial impact of sudden job loss but also a great way to prepare for retirement. Look for ways to start a side business or even take on some part-time or freelance work.