15 of the Most Overpriced Foods on Restaurant Menus 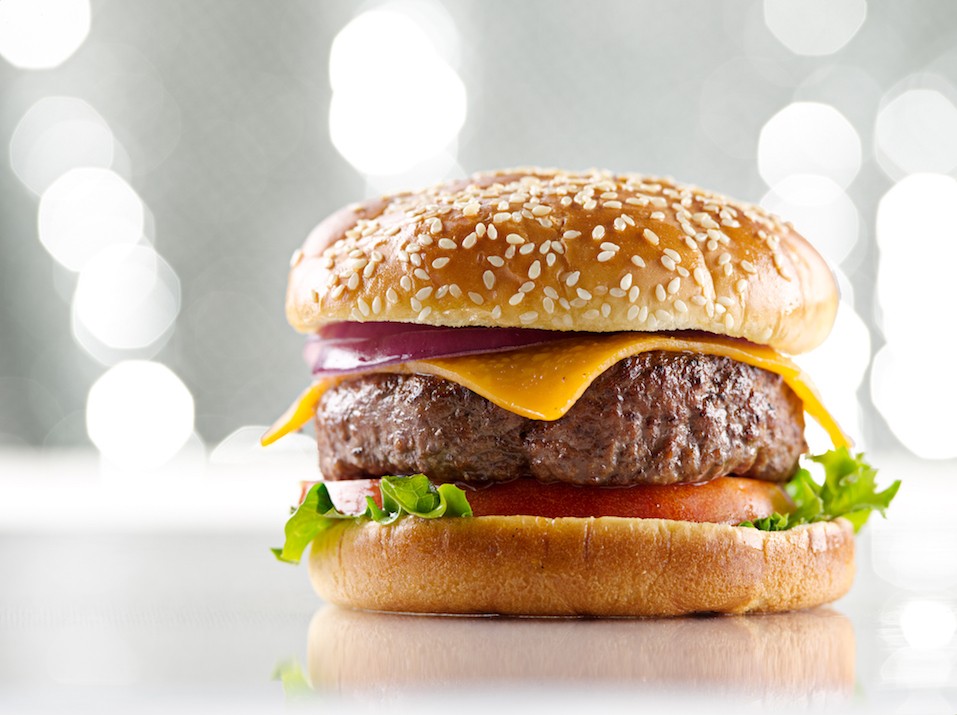 Your cheeseburger might have a markup of nearly 400%. | iStock.com/rez-art

Americans love to eat out, and our aversion to cooking at home is costing us big. For the first time, we’re collectively spending more per year on dining at restaurants than we do at grocery stores — $54.9 billion versus $52.5 billion, according to New York Magazine.

Why are we spending so much money on meals out? For one, we’re busy. Americans are working more than they did a few decades ago, and families are increasingly made up of two-earner households. So there’s no one at home during the day to prepare that pot roast from scratch. Plus, each of those meals out costs way more than an equivalent one prepared at home.

When you settle into a booth at Chili’s, you’re paying not just for what you order, but for a person to cook your food, serve your meal, and clean the dishes. Plus, you’re helping to cover all the other costs of operating a restaurant, such as rent, electricity, and insurance. That’s why a burger that would cost a few bucks to make in your own kitchen costs $12 when it’s prepared by a chef at a pub down the street.

Restaurants have to play this pricing game, so they can cover all their expenses and (hopefully) make some profit, too. But some foods are marked up way more than others. If you want to get the most bang for your buck when you’re dining out, avoid these 15 foods, for which restaurants charge a big premium.

1. Cheese on your cheeseburger

Want to top your patty with a nice melty slice of American or Swiss? A restaurant might charge you an extra $1.50 for the privilege of turning your hamburger into a cheeseburger, but that slice of cheese only cost it about 29 cents.

And the burger itself has a pretty hefty markup, as well. A premium burger made with grass-fed beef at an upscale restaurant costs about $3.08 for a restaurant to make, but it’ll charge you $14 for it, a 355% markup. The burger at a run-of-the-mill restaurant costs $1.86 to make and sells for $9, a 384% markup.

Next: Do you know how much your pizza really costs?

Americans eat an average of 23 pounds of pizza every year, according to industry publication Franchise Help, and we’re helping to line the pockets of Pizza Hut while we do it. Food costs make up about 20% of sales for the typical pizzeria, according to the Motley Fool, lower than the 27% to 32% average for other restaurants. Some pizzerias are making a 20% profit off of your craving for a slice. The average restaurant has a profit margin of about 3% to 6%. 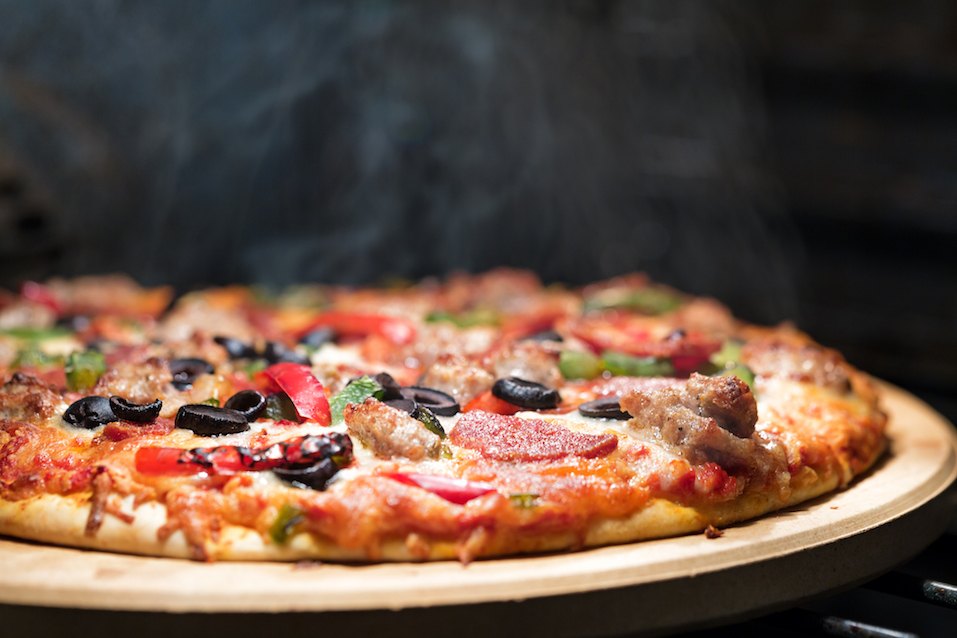 Pizza with lots of toppings | iStock.com/adogslifephoto

Home Alone’s Kevin McCallister just wanted a plain cheese pizza, but most of us like our pie to come with toppings. The more extras you pile on to your pizza, the more you’ll pay. Priceonomics estimates the markup for meat and vegetables on the typical pizza is 525%. A restaurant might have paid less than 50 cents for the pepperoni it’s charging you $3 for, and the $2 veggies might have cost the pizzeria just 32 cents.

Next: The spinach-artichoke dip isn’t a great value. 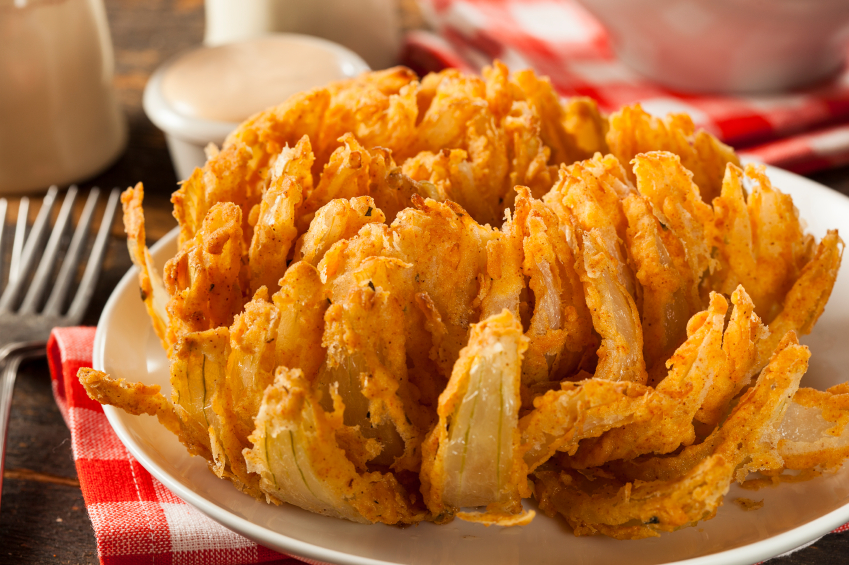 Appetizers, such as fried calamari, are a great deal for restaurants but not such a great deal for you. Prices for appetizers have climbed in recent years because restaurants know most diners are paying more attention to the cost of an entrée. Our focus on the main part of the menu gives them more flexibility on prices for the starters, according to Forbes. And in the case of the aforementioned calamari, you’re mostly paying for breading, an anonymous chef told Thrillist.

Next: The cost of adding guacamole to your burrito 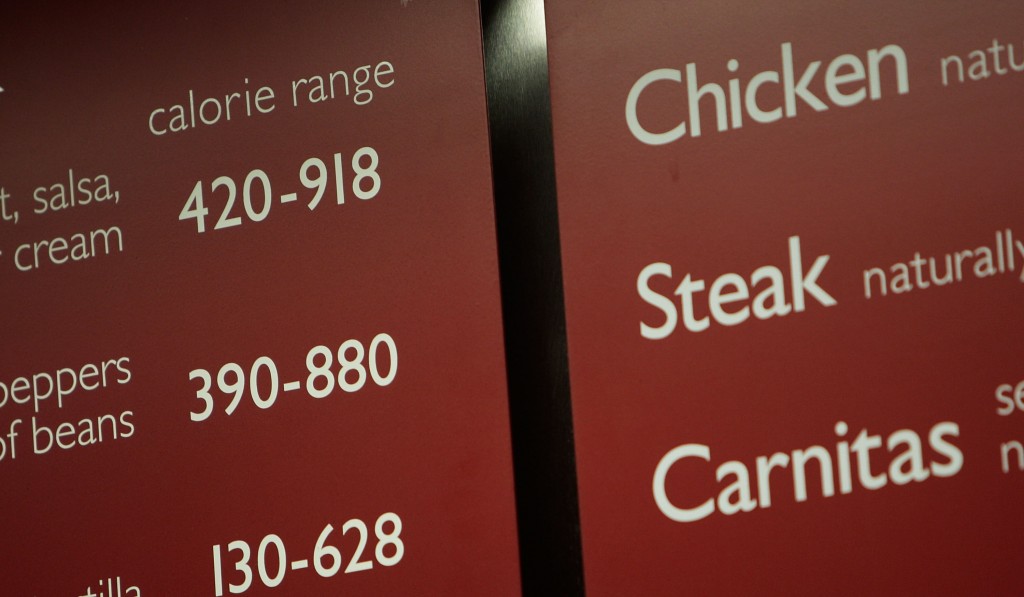 If you’ve ever winced at the price of adding avocado to your burrito, you’ll appreciate this one. Priceonomics estimates the guacamole for your burrito costs restaurants 52 cents, but it sells for $2, a 285% markup. Sour cream is an even worse deal. If you have to pay extra for this condiment, it will cost you about $1. That doesn’t sound too bad until you realize the restaurant paid 19 cents for it — a 426% markup.

Next: Is pasta really a bargain for diners? 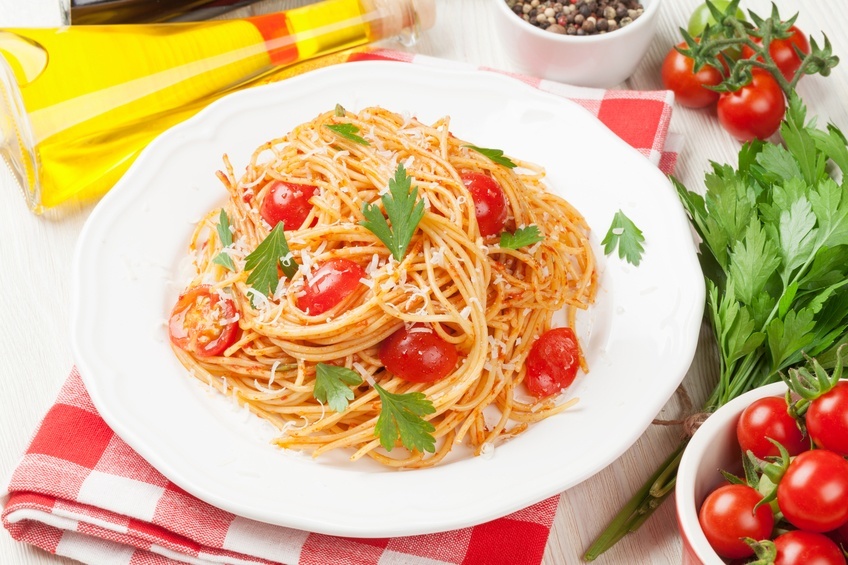 From spaghetti to Alfredo to ziti, restaurant pasta is certainly tasty. But that $14.99 bowl of pasta you buy at the Olive Garden probably only cost the establishment a few bucks to make. Although these items usually have lower prices than more elaborate entrees, restaurants actually make more money off of them than they do that pricey steak. At some restaurants, dishes, such as the rib-eye steak, are actually a loss leader, according to the San Francisco Chronicle.

Next: The humble egg is one of the most overpriced foods you can order. 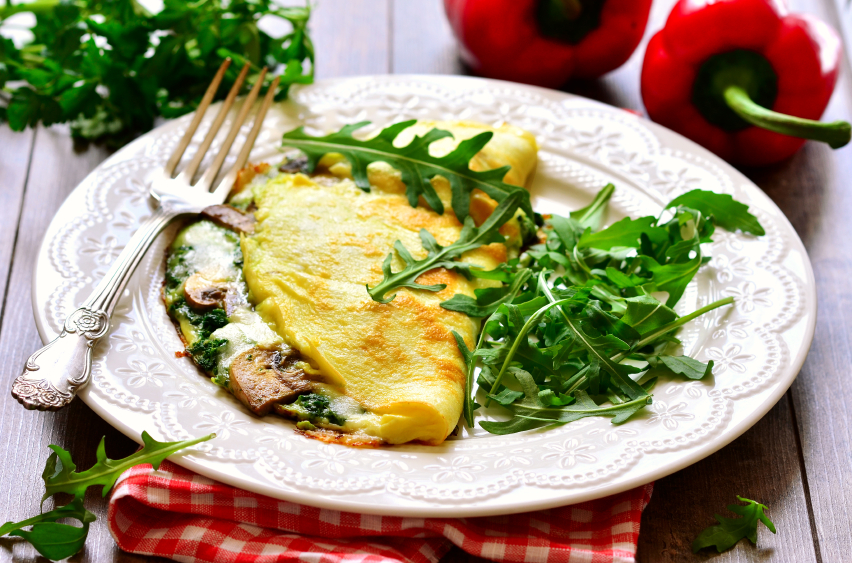 Because making your own scrambled or fried eggs at home is so easy, it makes sense to steer clear of these menu items and spend your money on something you can’t make yourself. That’s a good rule to follow whether you’re ordering breakfast, lunch, or dinner. “Choose labor-intensive, time-consuming, complex dishes that call for hard-to-find ingredients,” restaurant consultant Clark Wolf told Forbes. “If you can whip it up yourself in 20 minutes with stuff from your kitchen cupboard — do that.”

Next: Eggs aren’t the only item to be wary of on the breakfast menu. 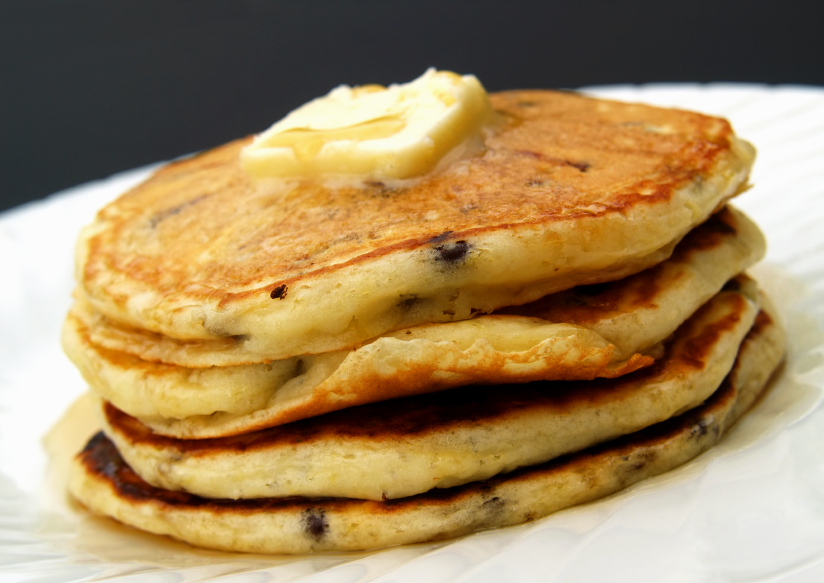 Eggs aren’t the only breakfast food with an insane markup. Your plate of flapjacks is helping keep your neighborhood diner afloat. Pancakes are cheap and easy to make — the ideal food during a busy brunch rush, at least from the restaurant’s perspective. Each plateful might cost as little as a $1 to make, but it might sell at $10, according to Forbes. That’s a markup of 900%.

9. The second-cheapest wine on the menu 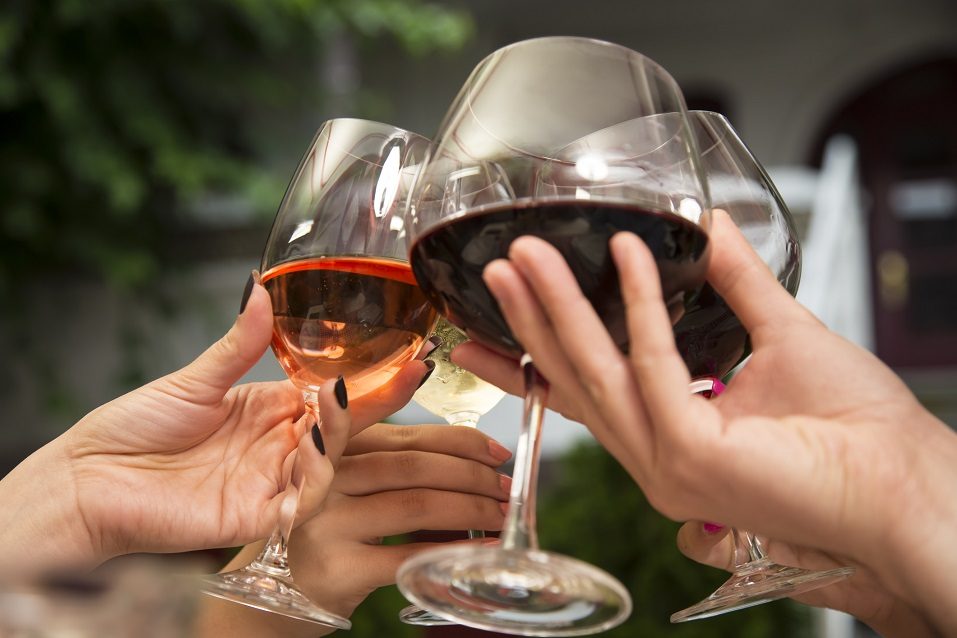 Restaurants love to get you drunk. Compared to other menu items, there’s little labor involved in serving you wine, so they make a tidy profit on each glass or bottle you drink, Wine Enthusiast explained. (The markup is around 400%, according to Business Insider.)

And they especially love the nervous novice — people who don’t know much about wine but don’t want to look like a cheapskate, so they order the second-cheapest bottle on the list. These bottles have the highest markup, so you’ll get a better deal if you splurge a bit.

You should also try to break out of your comfort zone. Name-brand bottles get a bigger markup because restaurants know diners will gravitate toward the familiar name, the magazine explained.

Next: Think you’ll save by ordering beer instead of wine? Think again. 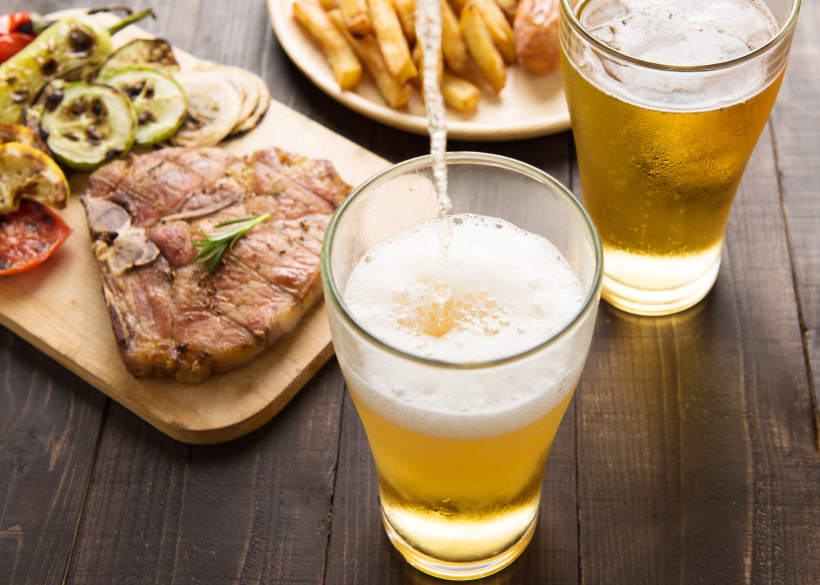 The price of a glass of wine with dinner is steep, but you’ll pay an even greater premium for domestic beer and mixed drinks. The markup on these boozy beverages can be as much as 1,150%, according to Business Insider.

If you want to order a pre-dinner cocktail, don’t bother with well drinks. You might think you’re saving money, but the markup is even higher for budget liquor than it is for the premium stuff, a restaurant owner told Thrillist.

Next: Skipping soda is good for your health and your wallet. 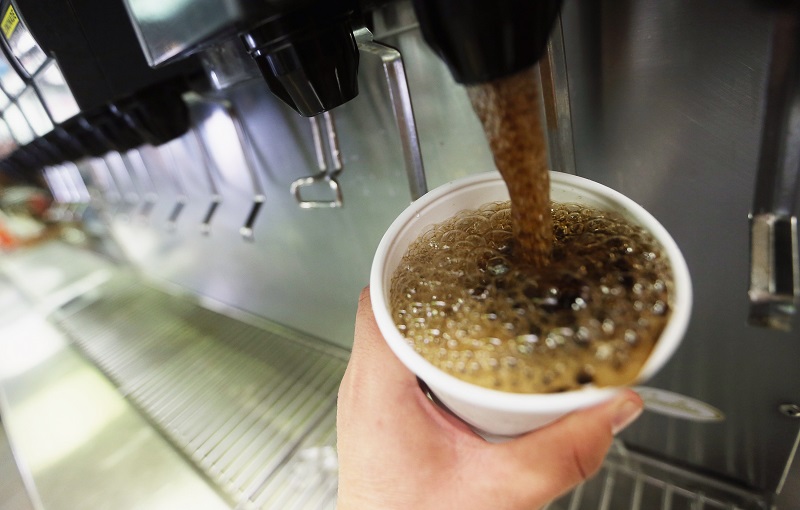 A customer fills a cup of soda as a restaurant. | Mario Tama/Getty Images

Most budget-conscious diners know to skip the soda and other soft drinks when eating out. At as much as $3 a glass, these beverages put a serious dent in your wallet. If you’ve been unwilling to give up your Diet Coke or iced tea with dinner, these numbers might change your mind.

Your soda comes with a markup of 1,150%, according to Business Insider. It’s enough to make you want to stick to water. Just don’t order the bottled stuff. That has a markup of 2,000%, on average.

Next: Why you’re probably better off brewing your morning coffee at home

A cup of coffee in a Starbucks | Ben Pruchnie/Getty Images

Estimates of the markup on your morning cup of joe vary considerably, from 300% (according to NBC News) to 2,900% (per Business Insider). Whatever the true markup, know you’d save a lot by brewing your coffee at home. Your caffeinated beverage should cost about 28 cents per cup if you make it the old fashioned way, according to Money, and it’s 66 cents per cup if you use K-cups.

Next: The fish on your plate might not be worth the premium price. 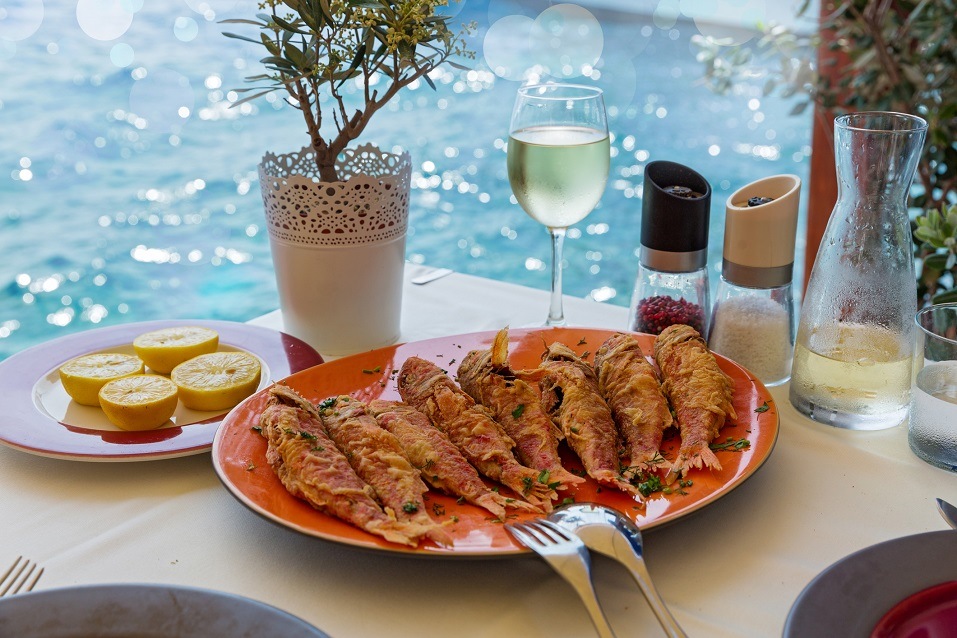 When you’re dining out on seafood, the question you should be asking isn’t how much the restaurant marked up your entrée but whether you’re getting what you ordered at all. Various studies have found mislabeling of fish is common in restaurants.

Nearly half of all sushi in Los Angeles restaurants wasn’t correctly identified, a 2017 UCLA study found. Flounder was frequently sold as halibut, and each of the 32 times researchers ordered red snapper, they were served a different kind of fish. A separate study found fish sold in the U.S. was mislabeled 33% of the time. Fish was incorrectly identified at all types of restaurants, but the practice was especially common at sushi restaurants.

It’s not necessarily restaurants that are behind the fraud, The Atlantic explained. Importers are trying to unload less desirable, cheaper fish by saying it’s something it’s not. The trickery costs Americans $25 billion a year. 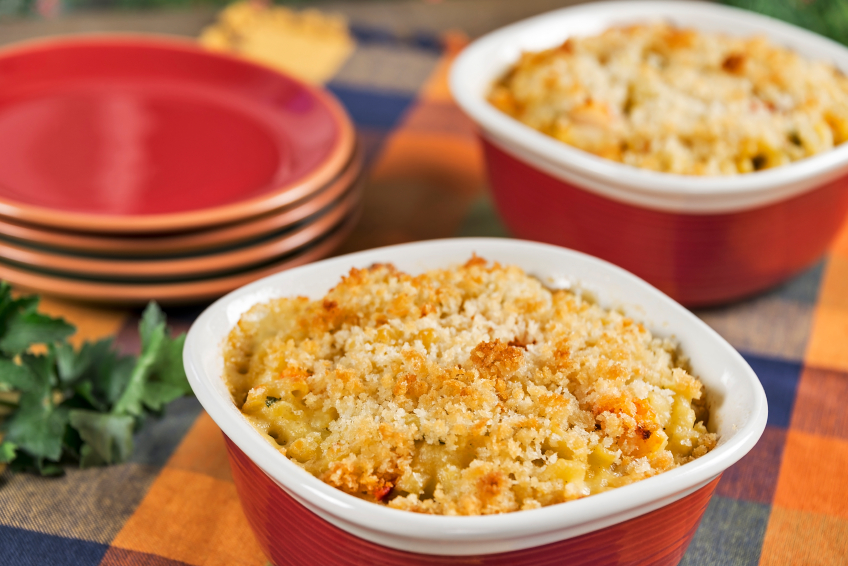 We’ve already covered the markup on pasta, mac and cheese included. You might think you’re getting a better deal on these dishes if they include a fancy ingredient, such as lobster, but in reality, you’re getting hosed. The lobster in your lobster mac is just the scraps from the shells, not the primo flesh from the lobster tail, according to Thrillist. In other words, the restaurant has found a trick to squeezing a bit more profit from a popular shellfish, and you fell for it, hook, line, and sinker.

Next: Beware of imposter beef.

Like fish of dubious provenance, the problem with Kobe beef is it often isn’t what it claims to be. According to Eater, there are just nine restaurants in the entire U.S. that are licensed to sell authentic Kobe beef from Japan. Chances are the restaurant you’re eating at isn’t one of them.

Yet fake Kobe still comes with a premium price tag. Your “Kobe” steak might cost $100 or more, an Inside Edition investigation found, and a hot dog that claimed to be made with Kobe beef cost a stunning $17.