The 7 Most Overpriced Products of 2016 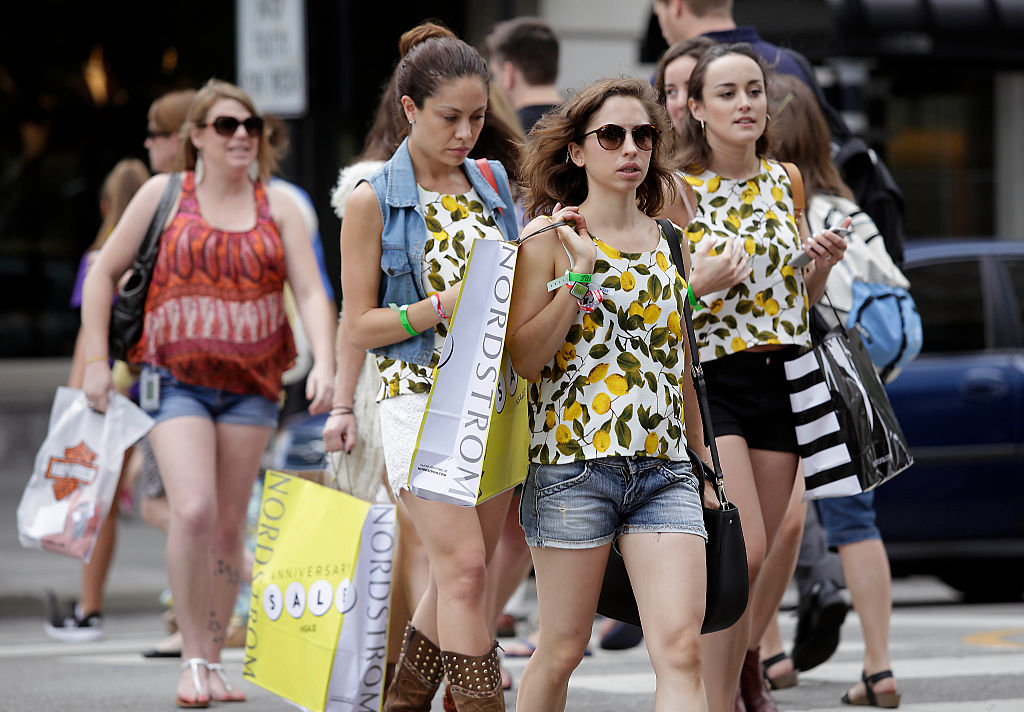 Consumers hold shopping bags as they walk along Michigan Avenue on July 29, 2016 in Chicago, Illinois. | Photo by Joshua Lott/Getty Images

No one likes to feel like they’re being taken advantage of as a consumer, but that doesn’t stop most of us from spending more money than we have to on everyday items. We happily shell out $5 for fancy coffee when we could be brewing our own at home, $12 for a six-pack of craft beer when Miller is on special for half that, and hundreds of dollars for designer jeans even though the ones at Old Navy cost $20. Some people would say these are overpriced products, but for many, the extra cost is worth it if it means you get a better-tasting or more durable item.

In other words, just because a product is expensive doesn’t necessarily mean it’s overpriced, at least in the eyes of the buyer. But even when you account for different tastes and budgets, it’s hard not to raise your eyebrows at the cost of some items. No one is surprised when a Picasso painting or couture gown comes with an eye-popping price, but what about that expensive alkaline water, premium gasoline, or brand-new phone? When is it worth paying a premium, and when should you keep your wallet closed?

We can’t tell you how to spend you money, but before you whip out your credit card, you might want to check out this list of some of the most overpriced products the average person can buy. 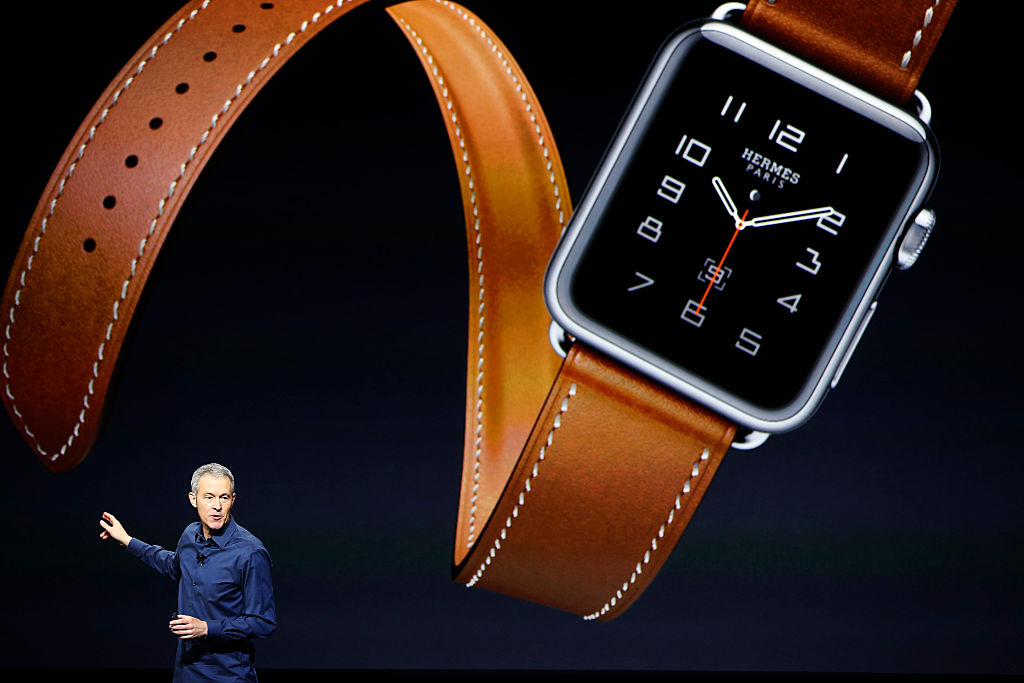 An image of the Hermes Apple Watch. | Photo by Stephen Lam/ Getty Images

The components that go into a standard Apple watch cost just $81, according to a 2015 report, while the cheapest versions sell for $299. Some versions have an even more outrageous markup. You can get an Apple watch with a stainless steel case and leather band for $649, but if you want the co-branded Hermes Apple Watch, you’ll pay twice that price. All those are bargains compared to the 18-karat gold Apple Watches that retail for $10,000 to $17,000. Gold costs more than stainless steel, of course, which helps explain some of the difference, but five-figures is still a pretty hefty price tag for a product that, unlike high-end heirloom watches that can be used for generations, is designed for obsolescence.

Bottled water is already an expensive convenience, since in most cases you’re paying for something you can get for free. Even more outrageous is the price of bottled water at the airport, where it’s not unusual to have to fork over $5 for something that would cost $1 outside the terminal. Though prices vary from airport to airport (and some have imposed caps) you can expect to pay at least twice what you would at a convenience store, if not much more. Save your dollars and bring an empty, reusable water bottle with you through security, then refill it at the water fountain in the terminal.

College students bemoan the high price of textbooks, and they have reason to complain. Students paid an average of $602 for books and course materials in 2015, according to the National Association of College Stores. Some books can cost $300 or more, and publishers often release updated editions with minor changes, which makes it hard to save money by buying used or reselling your books when you’re done with them. Though publishers aren’t making as much money as you might think on textbooks, according to this article in Pricenomics, critics say steep prices are hard to justify when students are already pay paying a premium for their education as it is. 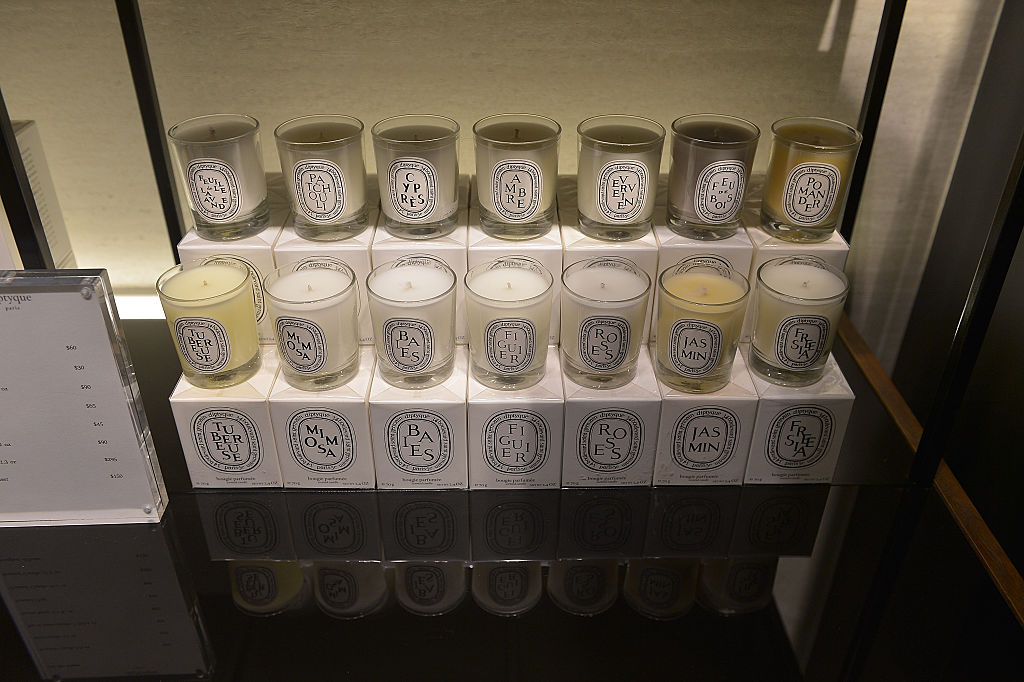 If you follow design blogs, you’ve seen pretty (and pretty expensive) candles by brands like Diptyque or Jo Malone artfully arranged on a shelf or table. These luxury candles retail for $60 or more, and are so popular they’ve created a market for less-luxurious, but still pricey, premium candles that sell for $25 or $30, according to Racked. The candles, expensive as they are, represent an “affordable luxury,” Andy Kindfuller, the CEO of ScentAir, told the website. Though high-end candles smell better and burn longer than the $5 ones you can pick up at Target, whether they’re worth 12 times as much or more is certainly debatable.

Boxes of Cheerios and Lucky Charms are among the most overpriced items you can buy at the grocery store, consumer expert Andrea Woroch told Business Insider. A box of Kellogg’s Corn Flakes has a retail markup of 43.5%, she said. Generic versions are often made by the same manufacturers, so the price difference is really due to the packaging, not the product itself.

Brooklyn’s Mast Brothers made their name selling $10 “bean-to-bar” chocolate in attractive packaging to foodies and hipsters. But not everyone loves their expensive candy. In addition to being accused of misrepresenting how they source and produce their chocolate, many connoisseurs say their product just isn’t very good, according to a report in Quartz. Though some handcrafted chocolate is worth more than the $1 you pay for a Hershey’s bar, in this case it seems a high price is more a function of savvy marketing than selling a great product. 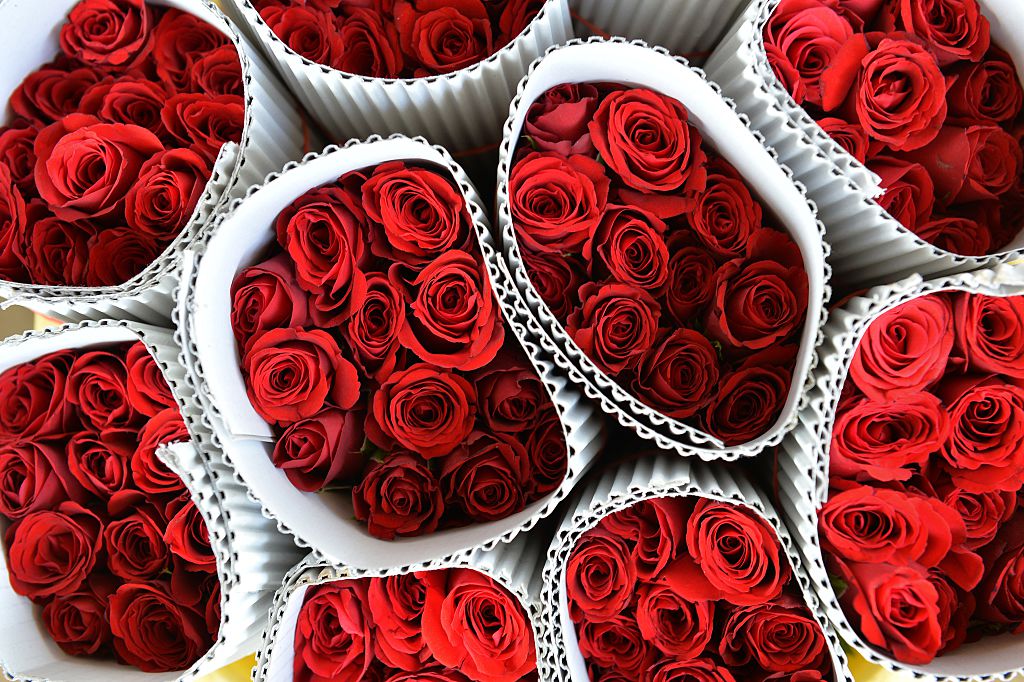 The average American spent nearly $150 on flowers, candy, and jewelry for Valentine’s Day in 2016, according to the National Retail Federation. A big chunk of that money goes to red roses. A dozen red roses cost $41.66 in the weeks leading up to the romantic holiday, according to Bankrate, and by February 14, the popular flower can sell for double its normal price. Blame supply and demand – more people want red roses in mid-February, so florists can charge more. You can fight the price inflation by picking a another type of flower or roses in a different color, or by choosing a non-floral gift for your sweetheart.