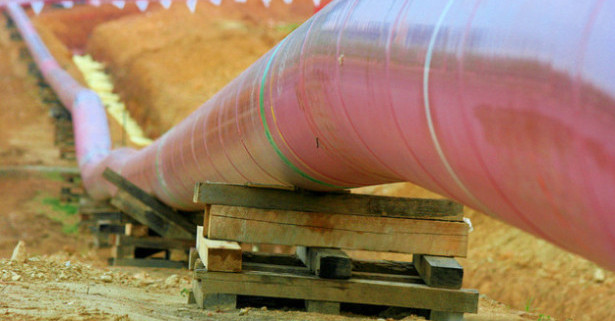 The expansion of the Panama Canal promises to usher in a new era of extra-large container ships that can speed up international shipping and cut costs. But a dispute between the project’s operator and the Panama Canal Authority has halted construction and threatened to delay the canal’s December 2015 completion date. This is causing discomfort for shippers around the world, including producers of LNG in the U.S. trying to ship LNG to Asia.

Cost overruns have piled up, and the expansion of the canal is expected to reach $7 billion, up from an original estimate of $5.25 billion. The Panama Canal Authority and its Spanish contractor, Sacyr, are pointing fingers at each other. The dispute over who should pay for the higher costs had led to a full stop in construction for two weeks. Delays could have ripple effects through other industries. Shippers are building neo-Panamax ships around the world — ships that are longer, wider, and deeper than their predecessors. An estimated 214 neo-Panamax ships are under construction in anticipation of an expanded Panama Canal.

In particular, U.S. shippers of LNG are eyeing their customers in Asia, who are forced to pay prices nearly six times higher than the going rate in America. Currently, the Panama Canal is too small to handle many LNG ships, but the expansion will allow them to pass through. Ports on the East Coast of the U.S. are also undergoing billion-dollar renovations in order to service neo-Panamax ships.

“It’s very important to us to see the canal completed,” said Bill Cooper, president of the Center for Liquefied Natural Gas, according to the Wall Street Journal. “Otherwise you’re adding a significant amount of time to go all the way around South America, and a significant cost.”

The Wall Street Journal reports that many Asian buyers of LNG are putting off signing long-term contracts due to uncertainty over when the Panama Canal will finally be completed. However, a deal is expected soon, which may involve financial assistance from the Spanish government.