Patrick Reed Won the $2 Million Purse, But He’s Hardly the Richest Golfer of All Time

Golf is commonly known as a rich man’s sport. The lucky few who win a renowned green jacket also score a hefty payday along with it. But it’s what comes after the tournament wins that prove most lucrative. Countless golfers have parlayed their success on the green into million-dollar business and sponsorship empires. 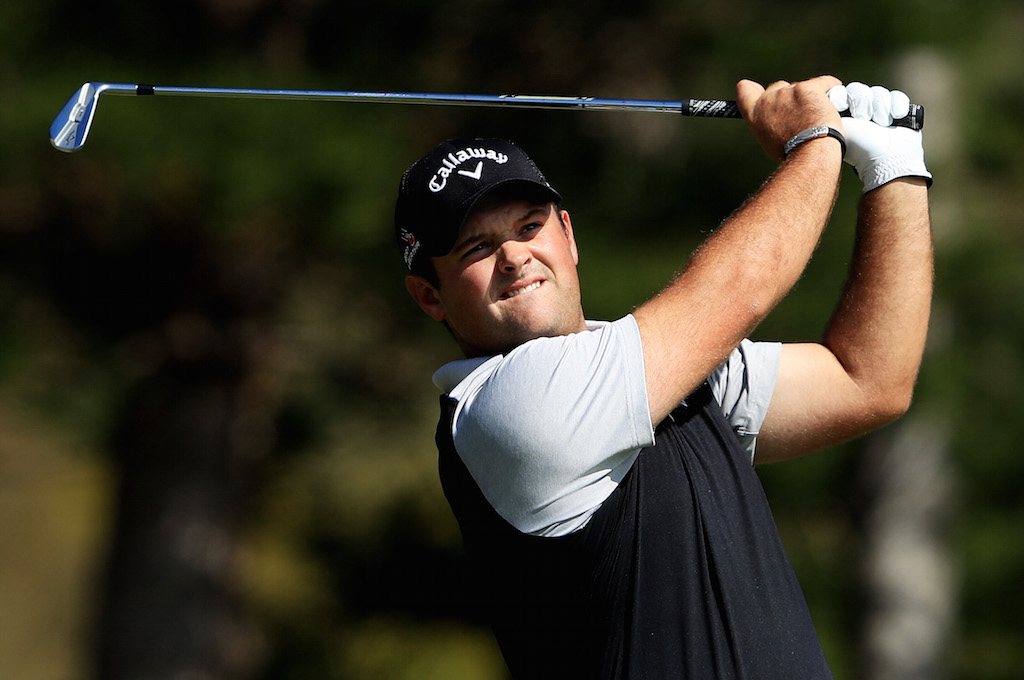 Patrick Reed is the 2018 Master Tournament winner, which means he took home a $1.98 million prize. This brings his career winnings total to roughly $20 million since going pro in 2011. He’s notoriously choosy when it comes to formulating equipment deals and is more than willing to look past the money to use equipment he actually likes. The recent win awards him tons of negotiating power as well as fame. But when it comes to fortune, Patrick Reed is nowhere near the richest golfers of all time.

Next: A golfer who actually does rank as one of the world’s richest golfers

He works as a golf analyst. | Harry How/Getty Images

Next: One of the youngest and wealthiest athletes

Jordan Spieth won the Masters Tournament in 2015 and an additional $10 million bonus for winning the FedEx Cup. Since then, he’s had no issue amassing an endorsement list including Under Amour, AT&T, Coca-Cola, Titleist, and Rolex. Sponsorships earned him $24 million in off-course income, making him the fifth highest earning player in 2017. Even so, Spieth doesn’t crack the top 10 richest golfers of all time. But at only 24, he’s got time to catch up.

Next: Reasonable winnings for this golfer 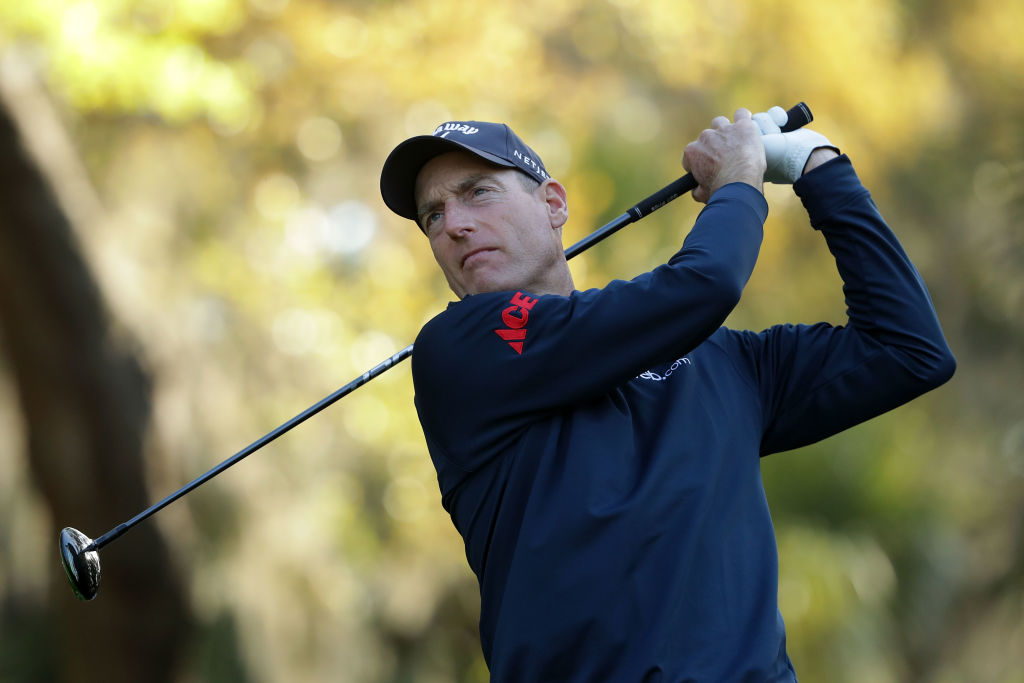 He earns quite a bit through corporate sponsors. | Streeter Lecka/Getty Images

Jim Furyk joined the PGA tour in 1994 and proceeded to amass 26 professional wins throughout his career. Golf Digest reports he earned $1.6 million on the course in 2017 and another $6.6 million via lucrative corporate sponsorships. Of course, this is nowhere near the endorsement cash some other golf celebs earn, but Furyk has managed to create a stunning net worth of $60 million that ranks among the richest golfers of all time.

Next: A young millionaire with time to spare 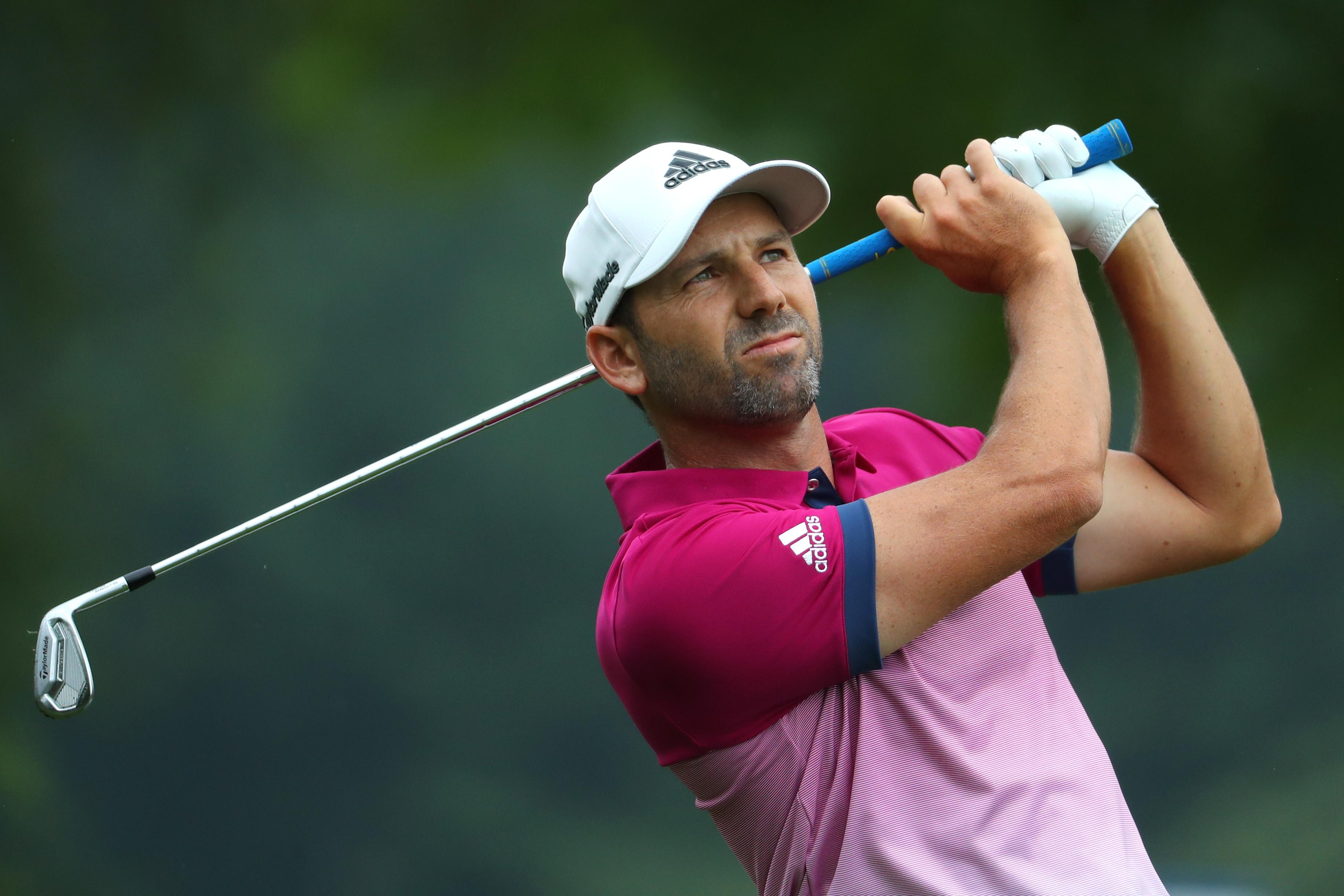 He’s on the younger end of the list. | Warren Little/Getty Images

Sergio Garcia is one of the younger millionaire golfers on this list at just 38 years old.  He’s also one of the richest in the sport, penning sponsorships with Taylor Made-Adidas golf products. Golf Digest says his annual payday of $12 million was 38th highest in 2017. His career has generated a net worth of more than $70 million, which will continue to climb since he’s active on the circuit.

Next: A golfer surrounded by scandal 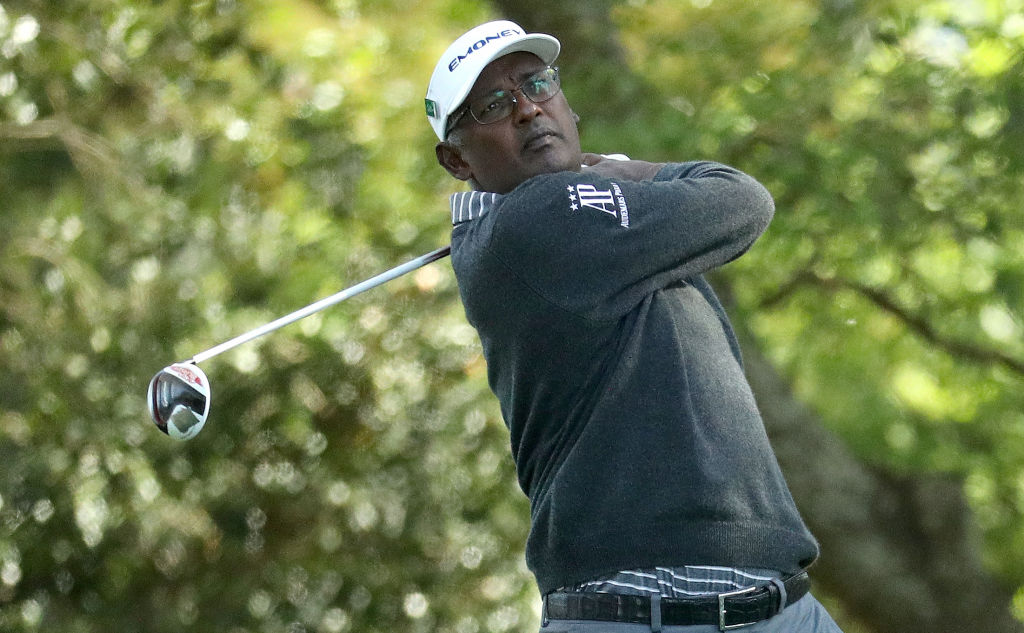 He has had a career full of controversy. | Patrick Smith/Getty Images

Vijay Singh is the tenth richest golfer of all time, according to Celebrity Net Worth. He secured a Masters win in 2000 which landed him endorsement deals with Adobe Systems, Hopkins Golf, and Carnoustie Sportswear. Though lucrative, his career is marked with controversy, including a lifetime ban from the Asian PGA tour, suspension from the Malaysian PGA Championship after allegations of fixing his scorecard, and a 2013 doping lawsuit surrounding the use of deer antler spray on the PGA tour.

Next: A man whose net worth goes well beyond golf 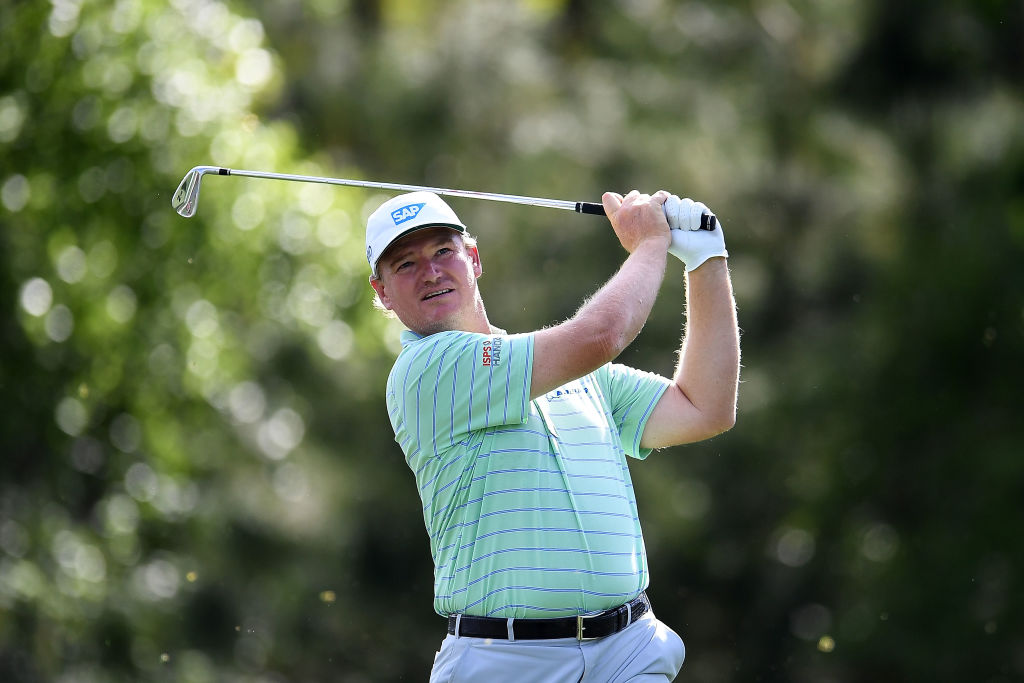 He has several businesses under his care. | Stacy Revere/Getty Images

Ernie Els’ on-course winnings in 2017 didn’t raise many eyebrows, but off-course, Els pocketed $8 million stemming from endorsements, a golf course design business, and a winery. “The Big Easy,” as he’s commonly referred to, has a net worth of $85 million and climbing, which likely goes to funding his charitable foundation for underprivileged youth in South Africa.

Still years away from 30, Rory McIlroy has smashed all sorts of golf-related records, including becoming the youngest golfer to win 10 million euro on the PGA tour. His recent endorsement deals are also unprecedented. He signed a $100 million, 10-year deal with TaylorMade and $200 million, 10-year Nike extension in 2017. Golf Digest Ranked McIlroy the highest paid golfer of 2017, bringing in more than $49.5 million in both on and off-course income.

Next: The “coolest” golfer of all time 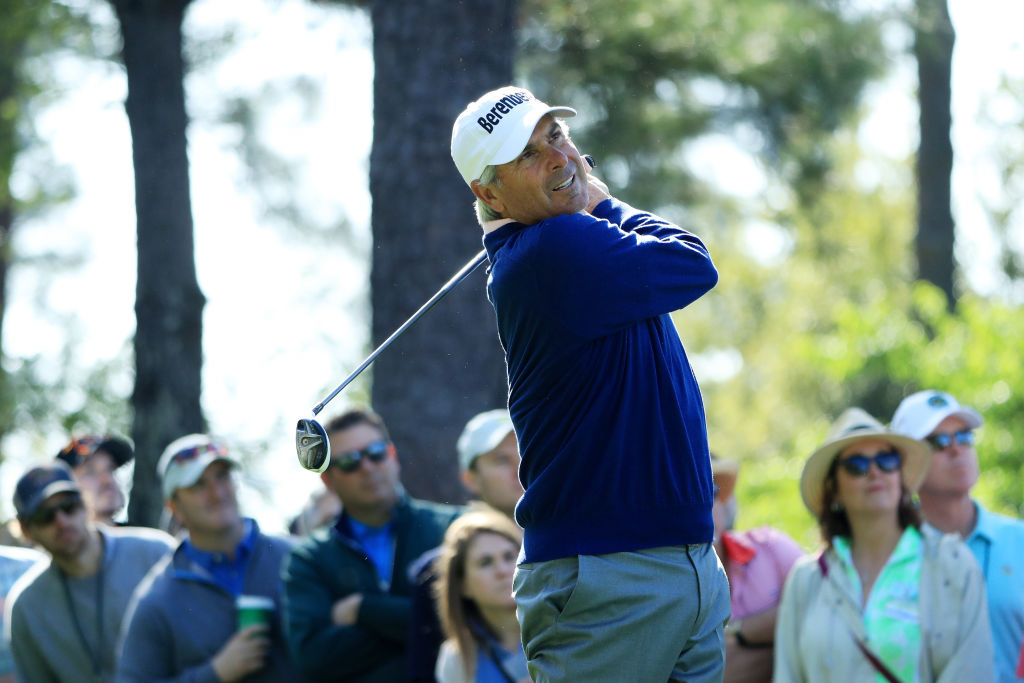 Couples was awarded the ‘coolest golfer of all time.’ | Andrew Redington/Getty Images

Fred Couples still competes on the Champions Tour, but most of his yearly earnings come from sponsorships including Mitsubishi Electric Cooling and Heating, Bridgestone Golf, Ashworth golf apparel, and the Germany-based bank Berenberg. Golf Digest ranked him the 16th highest earner in 2017, but Couples has amassed a net worth of more than $120 million boosted by 51 professional wins. He can also add “coolest golfer of all time” to his resume, an award he won in 2013.

Next: A golfer with an entrepreneurial streak

Gary Players is the third most winning golfer of all time. Much of his $250 million net worth stems from tournament earnings, but a sizeable chunk are also related to business endeavors. His company, Black Knight International, includes a golf course design firm, a real estate development business, merchandise and apparel, an invitational tournament series, and a charitable foundation run by his son, Marc. Golf Digest Says his business grossed $15 million in 2017.

Next: This man has an astonishing level of money to his name

Greg Norman is another example of a pro-golfer turned entrepreneur. Norman is a top-earner in the sport and currently ranks as the fifth richest golfer of all time. He launched Great White Shark Enterprises which served as the umbrella company for a clothing line, the Greg Norman Estates winery, and the Greg Norman Golf Course Design company. These business netted $10 million in 2017.

Next: A golfer turned course designer

He’s one of the greatest golfers of all time. | Stan Honda/AFP/Getty Images

No doubt, Jack Nicklaus is one of the greatest golfers of all time, but he’s also one of the richest. Nicklaus has endorsement deals with Allen Edmonds and AriZona Beverage company (his Golden Bear Lemonade is sold next to Arnold Palmer’s signature beverage.) His Nicklaus Design Company ranks him one of the world’s most sought-after golf course designers. The company has built 410 courses in 41 countries, 298 of those courses personally designed by Nicklaus himself.

Next: The public loves this man

Phil Mickelson has earned over $83 million in tournament prizes throughout his career. Clearing $60 million annually is considered routine at this point, though 2017 was a bit slower than normal. Off course, he partners with Calloway, KPMG, Exxon Mobil, and Rolex as a brand sponsor. Mickelson also appears in TV commercials for the anti-psoriatic arthritis drug Enbrel. Astonishingly, his $400 million net worth ranks only third on our list of richest golfers.

Next: One of the most famous golfers of all time

Between golf and his beverage line, he’s doing well for himself. | David Cannon/Getty Images

We expect Arnold Palmer to appear on any list discussing the net worth of famous athletes. He ranks top three among athletes who grossed the most endorsement money, second to only Michael Jordan and Tiger Woods. He ranked in $40 million in 2015 alone, but amassed a staggering $875 million fortune over his 52-year career according to Forbes. But celebrity Net Worth calculates this to be closer to $700 million as the spokesperson for Cadillac, Hertz, Rolex, and, of course, AriZona Beverage Co. Still, Arnold Palmer is not the world richest golfer.

Next: This is the richest golfer ever

Despite his issues, he’s still raking in a lot of money. | Club Ross Kinnaird/Getty Images

Since turning pro in 1996 Tiger Woods has earned $92.8 million from 239 career PGA starts. Bad PR and — err — controversy cost him $22 million in endorsement money in 2010. So the fact that he’s still worth $700 million is impressive to say the least. Nike stuck by him and he signed another lucrative deal with Monster Energy in 2016. A back injury prompted him to go on a brief golf hiatus in 2016, but he got back into the swing of things in 2017. On-course winnings were low, but he still managed to rake in $34 million last year. It looks like he’ll remain the richest golfer of all time until the sport produces another athlete who can draw crowds like Tiger.