PC or Mac? What Your Computer Says About You 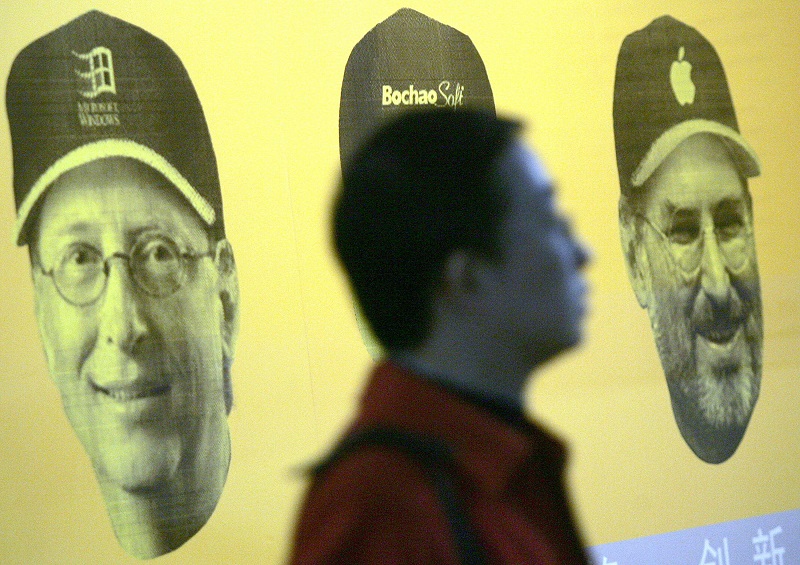 People love to form cliques, and in recent years, many cliques have formed around what types of products we choose to buy. Perhaps the biggest way we’ve seen this manifest, and ultimately lead to industrial rivalry, is in technology — specifically, the constant butting of heads between the Apple and PC crowds. It also happens with fans of Xbox and Playstation, for example, but Apple’s rivalry with just about everyone else is what really gets heart-rates spiked.

Now, thanks to some new research from CivicScience, we can actually dig into the data behind the Apple and PC rivalry. We now have some insight into what makes a Mac user a Mac user, and what type of people are opting to purchase PC or Windows-based machines instead.

For a quick primer, here’s a chart from CivicScience, asking nearly 4,400 U.S. adults what type of computer they plan on purchasing for their next personal console:

Aside from the 42% who don’t plan to purchase a new computer or device, the clear winner is sill Windows-based laptop and desktop computers, at 31% — 35% if you include tablets. For Mac and Apple, that combined figure is only 19%. That doesn’t tell us a whole lot, other than the fact that Windows-based machines are likely more ubiquitous throughout society, and a good reason for that is likely because they are typically cheaper. Well, maybe not necessarily cheaper for comparable hardware — it simply comes down to the fact that Apple doesn’t produce low-end models.

But CivicScience didn’t stop there. The data also shows us some ‘back to school’ insight, with data pertaining to the 18-24 crowd:

Here, we see some big changes: a lot more young people plan on making a new computer purchase in the near future (as compared to all adults over the age of 18), and more of them plan on buying an Apple device.

As we wander further into the weeds, some rather interesting details start to emerge about why certain individuals are making the choices they make. For example, folks who are opting to buy iPads for their next purchase — they don’t make a terribly large percentage of respondents, but there are some stark differences between them and those who plan on buying laptop or desktop computers.

As for those who plan on buying an Apple laptop or desktop? Well, as you may have guessed, they’re typically the younger, hipper crowd. These individuals are 62% more likely to be between the ages of 18 and 24, are less likely to be parents, live in rural areas, and many have humanities or business degrees. But the most telling nugget that explains their purchase is this: “They are also 143% more likely to value the brand greater than price with their electronics shopping” (and given their tendency toward a higher income, the ability to value brand more makes sense), CivicScience says. “Mac buyers are known for their brand loyalty, and the fact that they have the tendency to tell others about brands and technology could mean they are spreading their knowledge and opinions of the Apple brand and products.”

In other words, these people like Apple a lot, and are willing to pony up the extra cash to make sure they have Apple products.

For Windows fans? Well, the numbers skew toward the average. “The percentage differences between likely Windows PC buyers are not as pronounced as in the iPad and Mac groups; that’s because in aggregate this group tends to look like the general U.S. population.”

If that tells us anything, it’s how ubiquitous Microsoft’s products, and the proliferation of PCs, have become. In contrast to Apple, you can generally get a low-end PC or Windows-based computer for cheap, which is probably a big factor in what keeps those products moving off of store shelves.