These Are the Only People Who Can Afford the American Dream 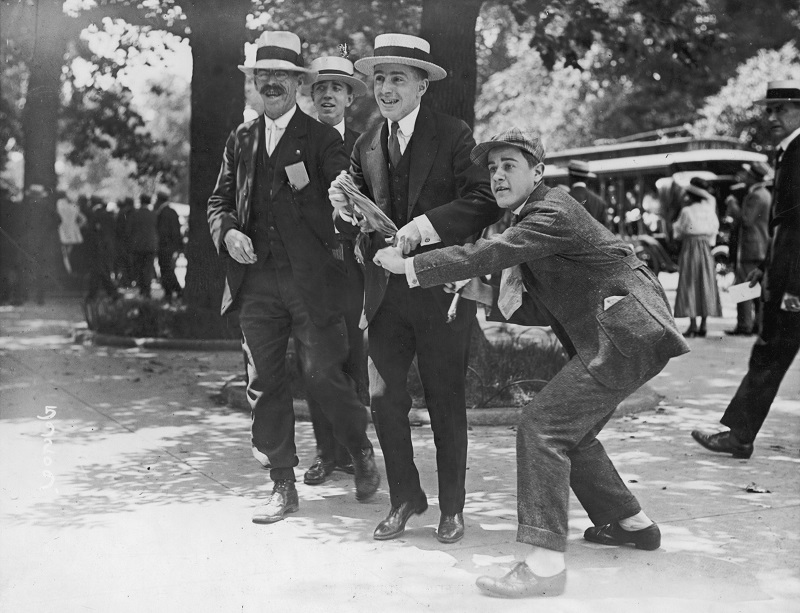 If you’ve paid any iota of attention to the ebbs and flows of the American economy, you know that the “American Dream” — the idea that given enough hard work and dedication, you can become a self-sustaining individual with a house and family — is out of reach for most. That description of the American Dream varies from person to person, but the general idea is that you can get the basics of a happy life if you try hard enough. But as we’ve seen over the past couple of decades, it’s an ideal that simply isn’t in the cards for much of middle-class America.

As for why it’s out of reach? There are many reasons. Incomes have stagnated, as wage growth has been choked. Jobs have been sent to foreign countries to capitalize on cheaper labor, and automation and technological gains have also led to job losses. Globalization is the biggest part of it, but there have also been regulatory and commercial changes that have significantly impacted the American economy.

Essentially, the prices of almost everything (front rent and mortgages to food) have gone up with time, and wages haven’t kept up. Purchasing power has eroded. And now, the price tag of the American Dream is higher than many people can afford. Thanks to a new study from The Red Pin, a Canadian real estate listing site, we now have an idea of the exact dollar amount required to achieve it, and who, exactly, earns enough to make it.

The American Dream, in dollars and cents 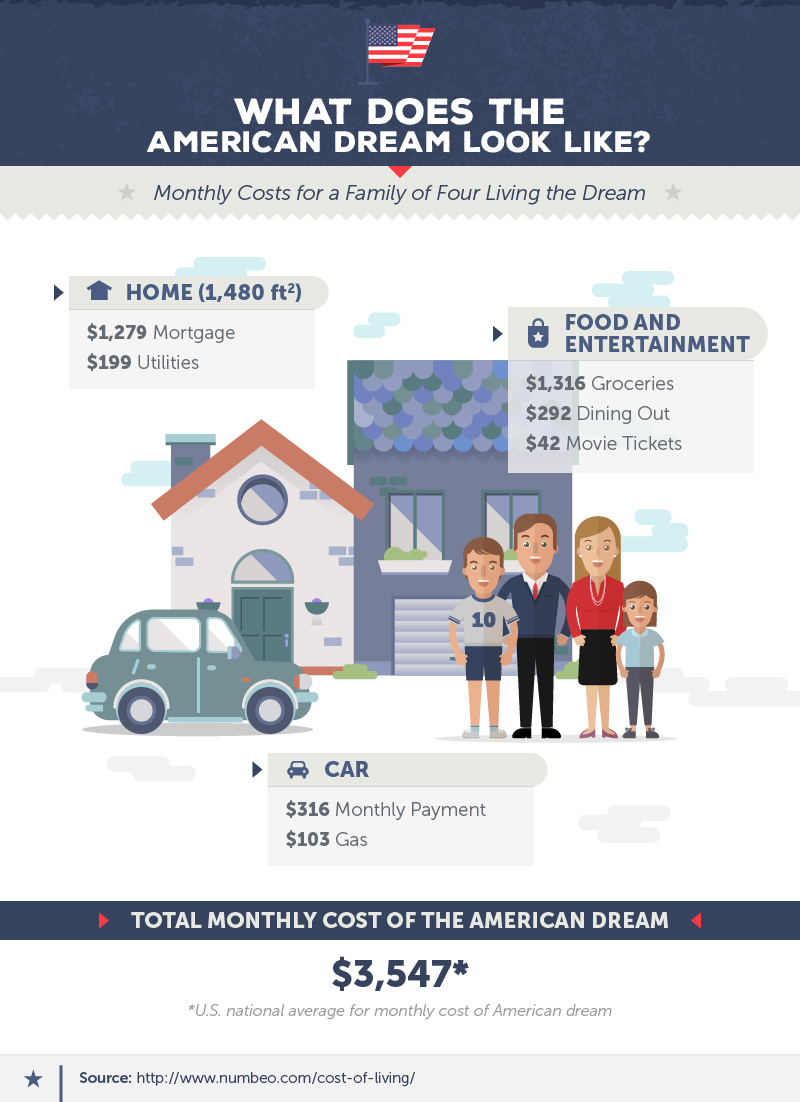 The cost of the American Dream | The Red Pin

As you can see from the above graphic, the total cost of the American Dream — per The Red Pin’s calculations — comes in at more than $3,500 per month. That’s a considerable amount, which means that a household would need to earn more than $42,500 annually (pre-tax) to get into the conversation. And, naturally, there is an incredible amount of variability in the associated costs from household to household, and location to location.

If you dig further into the study, The Red Pin does list out several cities in which the American Dream is much easier to attain. For example, if you’re striving to have it all in New York City or San Francisco, you’re going to have an incredibly tough time. But if you set your sights on other cities in the Midwest, for example, you’re suddenly in the ballpark.

But back to that $3,500 number — with two earners in a household, it’s achievable. Again, however, you have to account for who, where, and what they’re trying to earn. The average household earns around $54,000 per year, per government data, to put things into perspective.

Who can afford it?

Now that we have an idea of just how much it takes to afford the American Dream, on average, let’s crunch the numbers to see who (demographically) earns enough to afford it: 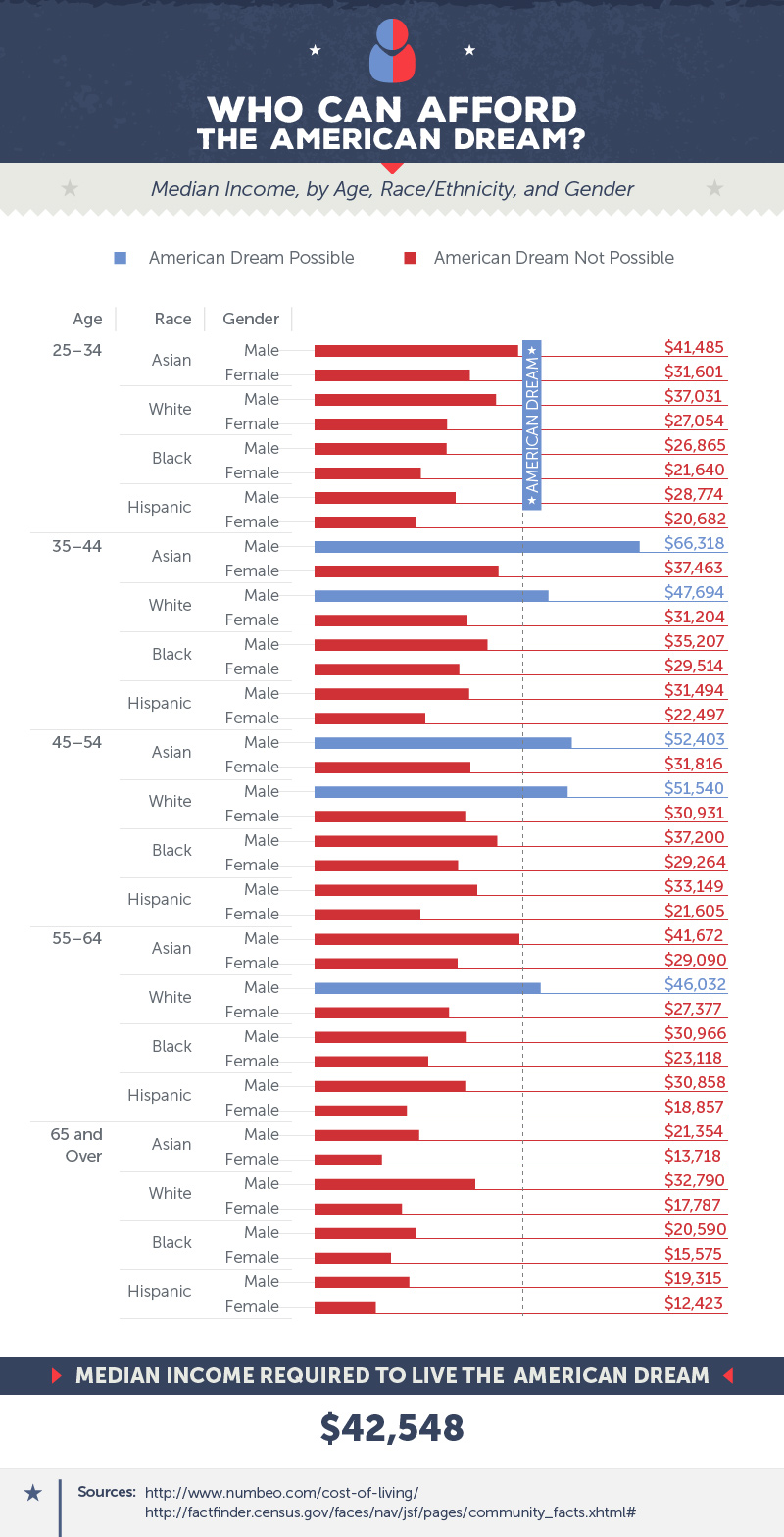 The chart above paints somewhat of an ugly picture, with only a handful of people (again, on average) able to afford the components to piece together the American Dream. If you’re a middle-aged man — specifically, white or Asian — you’re in the clear. Everybody else? The cards are stacked against you.

Clearly, there’s a lot of information packed into this relatively simple bar graph. It doesn’t take into account, however, the many factors that play into income inequality, access to education, environmental hurdles, etc. That would require a graph and report hundreds of pages long, so keep in mind that this chart is just taking the averages. There are plenty of people who are doing quite well and beating the averages. There are lots who are falling behind, however, as well.

There’s one thing that’s obvious from The Red Pin’s work, though: Things really only look bright for men between the ages of 35 and 64. Younger, or older than that? Not so much. Not white, or Asian? Tough luck. And that goes for women of all ages and races as well.

For more information, including a list of which cities and states in which the American Dream is the most attainable, check out The Red Pin’s complete study.