Pepsi in the Doghouse: Still Has Chemical Linked to Cancer 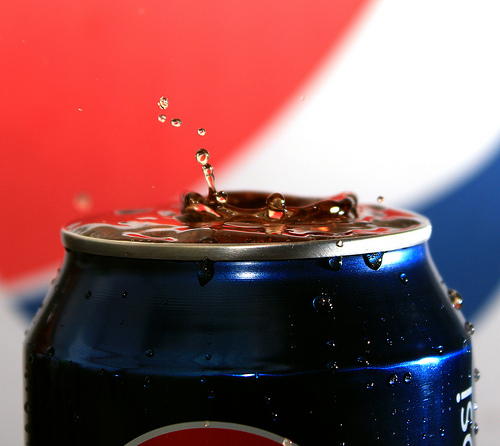 Attention soda lovers: step away from the PepsiCo (NYSE:PEP) products. A news report via Reuters illuminates that a chemical linked to cancer in animals is still showing up in Pepsi products.

Pepsi and The Coca Cola Company (NYSE:KO) were both alerted back in 2012 that a certain chemical in the caramel coloring used in their sodas had a possible link to cancer. The chemical, called 4-methylimidazole, or 4-MI is found in the coloring and very high levels of it have shown to be linked to cancer in animals. Following the warning, both companies said in March 2012 that the necessary changes would be made in order to avoid a cancer warning on the soda’s packaging. But now, according to the Center for Environmental Health, Pepsi isn’t keeping its promise to remove the chemical.

This spring, Coke and Pepsi products were tested by the CEH to determine whether they had done their part in ensuring the safety of their consumers. Samples of both the sodas were purchased from California and 10 other states, and while the Golden State’s samples would have allowed Pepsi to come out unscathed, the rest of the samples didn’t fare as well.

Coke is in the clear and consumers should have no fear as nine out of 10 of its soda samples had little or none of the chemical. Pepsi, on the other hand, didn’t post the same results. All of its samples, except those from California, showed evidence of 4-MI.

It is interesting that the chemical showed up in all of the soda company’s samples except California, as it demonstrates how both Coke and Pepsi are extremely cautious about their products in the state. California recently added 4-MI to its list of chemicals covered by California’s Safe Drinking Water and Toxic Enforcement Act of 1986, and it was also the state that had the ballot initiative which would have required the sodas have a cancer warning on their packaging as well.

So why can Pepsi be so on top of things in the Golden State and not in the others? When presented with CEH’s results, the second largest soda company said the rest of its sodas would be modified in the United States by February 2014 — not an exactly comforting thought for any carbonated drinkers outside of California. Though regulators in the United States, Europe, and Canada maintain that they consider the chemical safe, it’s still a hard pill (or soda) to swallow for many consumers.

Don’t Miss: Onyx is on the Prowl for a Pharmaceuticals Partner After Rejecting Amgen’s Low-Ball Offer.