Pfizer Decides AstraZeneca Isn’t Worth the Trouble — for Now 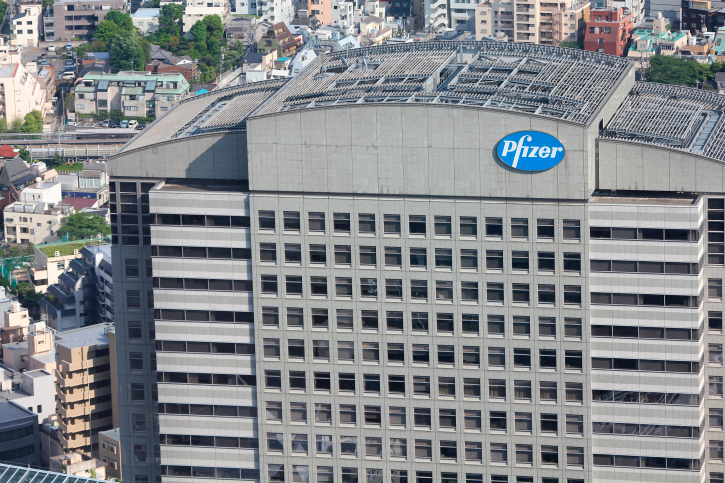 After months of the chase, it seems Pfizer Inc. (NYSE:PFE) has finally given up on its pursuit of British-Swedish drugmaker AstraZeneca Group Plc (NYSE:AZN). The company announced in a statement on Monday that it would make no more offers. “We are now moving on. We have no idea whether we’d be interested in AstraZeneca at any point in the future,” said CEO Ian Read in an interview with The Wall Street Journal.

The news confirms earlier reports that Pfizer’s fourth offer for AstraZeneca would be its last. Investors had speculated that the company may make another attempt at a takeover or become hostile. AstraZeneca has consistently shut down its rival Pfizer in discussions, which have intermittent since November; the company delivered its first offer in January. “From our first meeting in January, to our latest discussion yesterday, and in numerous phone calls in between, Pfizer has failed to make a compelling strategic, business, or value case,” said AstraZeneca Chairman Leif Johansson in a statement.

“We welcome the opportunity to continue building on the momentum we have already demonstrated as an independent company,” Johansson added. AstraZeneca is now presented with the challenge of pursuing other deal-making opportunities that may help it deflect further takeover approaches from other companies, as well as help to keep the drugmaker’s stock elevated following news that Pfizer has dropped its pursuit of the company; the drug maker recently hired Centerview Partners LLC to advise the company of potential deals with that end in mind. AstraZeneca is reportedly pursuing options for its antibiotics and neuroscience units in particular, according to The Wall Street Journal.

Had the deal gone through, it would have easily been the biggest pharmaceutical merger announced this year, generating massive fees for Wall Street bankers. Pfizer has said that it is still on the hunt for deals, preferably those that would enhance its core businesses in therapeutic areas such as vaccines, cancer, inflammation, heart disease, and pain management.

Over the past few weeks, many AstraZeneca shareholders criticized Pfizer’s approach for being overly focused on the potential tax savings and financial benefits of the deal, and British lawmakers and AstraZeneca executives alike expressed concern over Pfizer’s commitment to AstraZeneca’s British workforce.

Speaking in regards to its decision to leave AstraZeneca be — for the time being, at least — Read said that if Pfizer had seen AstraZeneca as being a “must-have, we probably would have gone hostile, but we didn’t see it that way. We saw it as accelerating our strategy,” per The Wall Street Journal. Read added that Pfizer couldn’t justify paying more than its final 55 pound per share offer without at least being offered an opportunity to take a look at AstraZeneca’s books.

Both Pfizer and AstraZeneca will be pursuing approvals for new investigational drugs and will continue to be in competition with each other. AstraZeneca, in particular, will have to meet its own high expectations. The company’s management set itself a high bar for success in order to convince its board to stay independent despite Pfizer’s lucrative offers.

Mark Clark, an analyst with Deutsche Bank who spoke with The Wall Street Journal, was skeptical of AstraZeneca’s goals for new drug approvals, saying that the company’s pipeline drug estimates are “a wish-list rather than a conservative and data-driven set of forecasts.”

“Essentially we believe that we can return to growth faster than most people have been forecasting so far,” AstraZeneca CEO Pascal Soriot said at the annual JPMorgan Healthcare Conference. “Our next step would be that, by 2020, we want to launch at least 10 new medicines,” he went on to say, according to Reuters.