Pier 1 Imports: Is It Time to Abandon Ship? 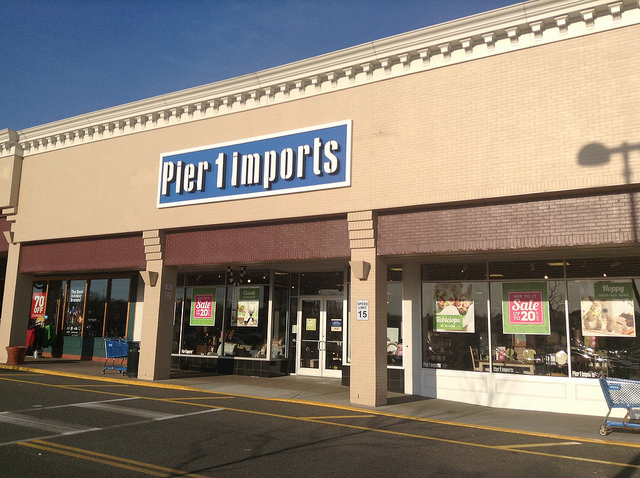 Pier 1 Imports (NYSE:PIR) is an incredibly well-known company. It’s a popular company that is engaged in the retail sale of decorative home furnishings, furniture, gifts, and related products. It sells various decorative accessories, such as decorative accents and textiles comprising rugs, pillows, bedding, lamps, vases, dried and artificial flowers, baskets, ceramics, dinnerware, bath and fragrance products, candles, seasonal, and gift products. The company also offers furniture and furniture cushions used in living, dining, office, kitchen, and bedroom areas, sunrooms and patios. It also has wall decorations and mirrors as well as dining and kitchen goods. Despite its popularity, its stock has been under severe pressure in the last few months, dropping 21 percent year-to-date before today’s 13 percent drop. The purpose of this article is to review the most recent quarterly earnings and to amend my prior buy recommendation to hold.

Turning to the quarter, the company reported net income of $15.1 million, or $0.16 per share, compared to last year’s first-quarter net income of $20.3 million, or $0.19 per share. As bad as this decline was, total sales for the first-quarter were actually up to $419.1 million, a 6.1 percent increase versus $394.9 million in the year-ago quarter. Company comparable sales increased 6.3 percent during the first-quarter, attributable to increases in total brand traffic, conversion, and higher average ticket. In terms of gross profit for the quarter, the company raked in $167.7 million, which was zero growth compared to gross profit of $167.6 million for the same period last year. As a percentage of sales, gross profit in the first-quarter of fiscal 2015 was 40.0 percent, compared to 42.4 percent in the year-ago period, another decline.

One positive for the company is that it has $220.6 million of cash and cash equivalents. The company had $200 million outstanding under its senior secured term loan, and no cash borrowings under its $350 million asset-based revolving credit facility. Capital expenditures totaled $15.3 million for the quarter and were primarily used for new store openings, existing store improvements, and infrastructure and technology development, including work on the company’s new e-Commerce fulfillment center in Columbus, Ohio and enhancements to the company’s e-Commerce platform. Another positive is that the company repurchased 5,701,812 shares of its common stock during the first-quarter at an average cost of $18.84 per share and a total cost of approximately $107.4 million. To date, the company has repurchased 1,020,000 shares of common stock under the April 2014 $200 million share repurchase program at a total cost of approximately $18.1 million and $181.9 million remains available for future repurchases under the program. Alex W. Smith, President and Chief Executive Officer, stated:

We achieved company comparable sales growth of 6.3 percent in the first-quarter, reflecting strong traffic to the Pier 1 Imports brand. We are pleased to see increasing strength in e-Commerce, which exceeded our plans and reached 9 percent of sales for the quarter. At the same time, our stores continue to serve as an important and productive gateway to Pier1.com, with approximately one-quarter of our online transactions originating at the store and one-third of orders placed at home being picked up in-store. Given the momentum we are experiencing, we now anticipate that sales through Pier1.com will exceed $200 million in fiscal 2015. Nevertheless, the retail environment remains highly promotional and is pressuring gross profit in the near-term. As a result, we are adjusting our full-year earnings forecast accordingly.

Our expanded spring and outdoor assortments resonated with customers and were buoyed by a strong marketing message. Our talented merchants continue to curate exceptional merchandise which, combined with our 1 Pier 1 strategy, creates an engaging shopping experience. We believe this is an exciting time to be a retailer were seeing a profound shift in the shopping behavior of our customers. Our timely transformation from a brick-and-mortar retailer to one with full omni-channel capabilities has us well positioned to seize upon this change and drive brand growth.

Although the quarter was a dud relative to last year, the primary reason for the downgrade from my perspective is that the company cut its guidance, and that is a huge red flag on Wall Street. The company sees comparable sales growth, which includes e-Commerce, in the high-single digits. It sees expenses relatively flat as a percentage of sales compared to fiscal 2014 along with earnings growth in the range of 9 percent to 14 percent, compared to previous guidance for growth of 11 percent to 17 percent. Finally, it sees earnings per share in the range of $1.14 to $1.22, which compares to previous guidance of $1.16 to $1.24. Given the disappointing performance, I think the stock is worth holding on to at these levels. I would not sell here, but cannot justify a buy either.

Disclosure: Christopher F. Davishold no position in Pier 1 Imports. He has a hold rating on the partnership and a $16.75 price target.