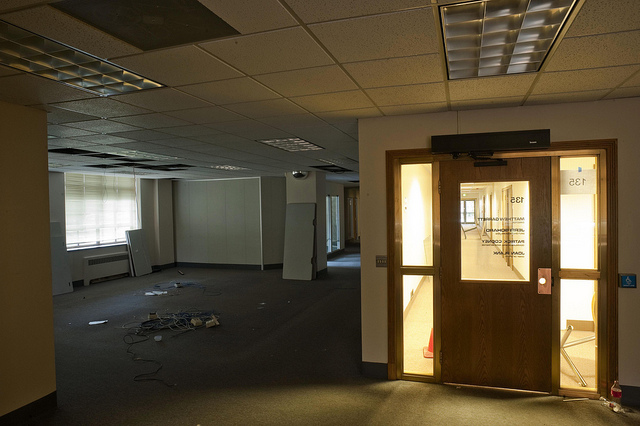 In December, planned layoffs in the United States fell to their lowest level since 2000.

“Employers seem less and less inclined to make dramatic staffing decisions in the final month of the year,” said Challenger, Cray & Christmas CEO John Challenger, whose firm compiles the monthly jobs cut report. For a number of years, December has been among the largest job cut months of the year, if not the largest, he added.

However, for the past five years, December’s numbers have been below the annual average. In fact, in 2013, December posted the lowest monthly job cut total of the year. “It could be the spirit of the holiday season that is prompting employers to hold off on announcing layoff plans, but it is more likely to be the result of increased confidence heading into each new year,” Challenger said in the report.

Falling to the lowest level of the year, U.S. employers reported plans to reduce payrolls by 30,623 employees in December, a decrease of 32 percent from November’s total and a slight 6 percent drop from the 32,556 layoffs announced in December 2012.

While initial claims for unemployment benefits — which serve as a proxy for layoffs — have been volatile in December, in general, jobless claims have trended down for much of the year, suggesting that the long cycle of elevated layoffs that characterized the 2007 to 2009 recession has ended.

Fewer layoffs mean that companies have slimmed down their workforces about as much as possible, which puts employers in position to boost payrolls should business improve. A strengthening labor market is necessary to end income growth stagnation and spur consumer spending, which accounts for about 70 percent of U.S. gross domestic product.

Declining first-time applications for unemployment benefits and falling layoff numbers are only half of the story — they must be accompanied by increased hiring for a full labor market recovery. Initial claims typically wane before job growth can accelerate.

But for most of 2013, employers behaved much as they did during the recession, keeping their workforces — and therefore labor costs — as low as possible. Jobless claims declined last year without the accompaniment of greater job growth until October and November, when the trend of job creation changed. Seemingly, those economists who expected the labor market recovery to take giant steps toward the end of the year were correct.

A more complete picture of December’s job growth will be available once the Department of Labor’s Employment Situation Report is released on Friday. Economists expect December’s report to show employers added 191,000 new positions to their payrolls last month, while the unemployment rate is expected to remain unchanged, at 7 percent. Payroll processor ADP’s less-authoritative national employment report, released Wednesday, suggests that the Labor Department’s number will be equal to or above the expected job gain.

U.S. employers added 238,000 new positions to payrolls last month, making December both the fifth consecutive month of solid job creation and the strongest month of employment gains in 2013, according to the employment report prepared by payroll processor ADP.

The U.S. economy added an average of 204,000 jobs from August through November, an increase from the 159,000 per month added between April and July; the growth suggested the labor market recovery had taken off. With monthly employment growth now averaging 200,000 for several consecutive months, “job growth [has] meaningfully accelerated,” said Moody’s Analytics chief economist Mark Zandi, whose firm helps compile ADP’s National Employment Report.

“The heavy job-cutting industries were impacted by several factors in 2013, most of which were unrelated to the health of the economic recovery,” said Challenger. For example, in the financial sector, the extra workers hired to handle foreclosures and the refinancing of troubled mortgages were needed less and less as the U.S. economy improved.

However, “health care workers remain highly sought-after,” Challenger said in the December job cuts report. “In fact, the Bureau of Labor Statistics recently noted that health care will account for about one in every three jobs created over the next ten years.” His firm also anticipates high demand for researchers, engineers, designers, chemists, and other high-skill areas in biotechnology, medical equipment manufacturing, and pharmaceuticals.