Player 2 Has Entered the Game: Why GameStop Should Be in Your Portfolio 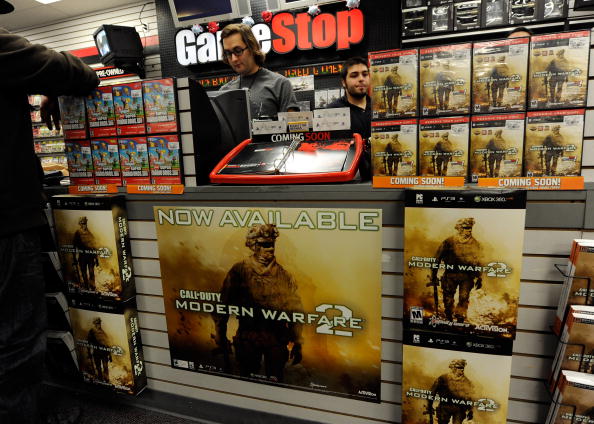 GameStop Corp. (NYSE:GME) is a pretty well-known company, but it is involved in many activities that you may be unfamiliar with. As you probably know, it does primarily operate as a multichannel video game retailer. What you may not know is that it also is a consumer electronics and wireless services retailer. Traditionally, the company sells new and pre-owned video game hardware, physical and digital video game software, pre-owned and value video game products and personal computer (PC) entertainment software in various genres, including sports, action, strategy, adventure/role playing, and simulation. It also offers digital products, including downloadable content, network points cards, prepaid digital and online timecards, and digitally downloadable software. It carries video game accessories, such as controllers, gaming headsets, memory cards, and other add-ons for use with video game hardware and software. It sells strategy guides, magazines, and gaming-related toys.

What is uncommonly known is that it offers mobile and consumer electronics, including new smartphones, tablets, headphones, and accessories, as well as pre-owned smartphones, tablets, and MP3 players. In addition, the company operates kongregate.com, a browser-based game site and Game Informer magazine, a physical and digital video game publication. It also offers iOS and Android mobile applications and an online consumer electronics marketplace available at buymytronics.com. Further, it operates Simply Mac, a certified Apple products reseller and Spring Mobile, an authorized AT&T reseller operating AT&T branded wireless retail stores in the United States. Finally, it offers pre-paid wireless stores under the name Aio Wireless. The stock is just a few points above its 52-week low. Is this an opportunity for a stock trading at only 11 times earnings and offering a 3.6 percent yield?

Well, the company makes good money. In its most recent quarter, total global sales were $2.0 billion, a 7.0 percent increase compared to $1.87 billion in the prior year quarter. Consolidated comparable store sales increased 5.8 percent. Continued strong worldwide consumer demand for Microsoft’s Xbox One and Sony’s PlayStation 4 was the primary driver of the strong sales performance as the new hardware category grew 81.1 percent compared to the prior-year quarter. From launch through April, total market sales in the U.S. of PlayStation 4 and Xbox One hardware have more than doubled the combined sales of PlayStation 3 and Xbox 360 hardware through their first six months of sales. During the quarter, new software sales declined 20.4 percent, due to fewer AAA titles being launched this year compared to the first quarter of 2013.

In spite of the decline in new software, pre-owned/value software improved 5.3 percent year-over-year as ongoing trade-ins toward new consoles improved inventory levels and subsequent sales growth. The mobile & consumer electronics category, which now includes Technology Brands results, rose over 100 percent, primarily driven by the contributions of Spring Mobile and Simply Mac. Non-GAAP digital receipts increased 9.5 percent, led by strong sales of Xbox One and PlayStation 4 digital currency as well as substantial international PC digital sales. GameStop’s net earnings for the first-quarter were $68.0 million, a 24.5 percent increase compared to net earnings of $54.6 million in the prior year quarter. Diluted earnings per share were $0.59, a 28.3 percent increase compared to diluted earnings per share of $0.46 in the prior year quarter. Paul Raines, chief executive officer, stated:

I am pleased to report solid financial and operational results in the first-quarter. The next-gen console business is meeting our targets, our digital properties continue to grow and our new tech brands segment is positively contributing to our profitability. As we discussed at our investor day, GameStop is well-positioned to use its strengths to achieve growth from its diversified business segments: gaming, mobile, wireless, and consumer electronics.

Looking ahead, I think the stock is pretty attractive at these levels. During the first-quarter of 2014, the company repurchased 1.33 million shares at an average price of $39.28, or $52.2 million of stock. There is now $405 million remaining on the existing repurchase authorization. GameStops’ board of directors also declared a quarterly cash dividend of $0.33 per common share for June. For the next quarter, GameStop expects comparable store sales to range from +12.0 percent to +19.0 percent. Diluted earnings per share are expected to range from $0.12 to $0.20, representing a +33 percent to +122 percent increase over the prior year quarter. For fiscal year 2014, the company is maintaining its previously announced full year diluted earnings per share guidance range of $3.40 to $3.70. Full year comparable store sales are expected to range from +6.0 percent to +12.0 percent. These numbers are impressive. Given the recent selloff, I think investors are getting a bargain at current prices and thus recommend the stock as a buy.

Disclosure: Christopher F. Davis holds no position in GameStop and has no plans to initiate a position in the next 72 hours. He has a buy rating on the stock and a $43.25 price target.