Social investing may be the best way for investors and ordinary citizens to put their money where their mouth is. The fundamental idea behind social investing is to take a closer look at the companies your capital is supporting and to make decisions based on the behavior or the nature of the business a company conducts. For example, many people might feel uncomfortable investing in a company that participates in hydraulic fracturing, so they would instead focus their investing activity toward companies in the budding solar energy sector.

Being socially conscious with your capital can really boil down to a way of voting with your money, much in the way large companies or wealthy individuals lobby Congress. In the same manner that you can take action with your wallet by choosing to shop at one store over another, so, too, can you do that with an investment portfolio. There are a myriad of reasons as to why you might not want to support certain companies, be it a knack for pollution, anti-union behavior or anything else that doesn’t sit well with you at a personal level. Investing with your conscience offers a way to play the markets while making a positive contribution.

We’ve written about social investing before and even pointed out some companies that are actively making a difference, ripe for the social investor to investigate. But what about other companies that may appear to be a solid bet but come with hidden costs? Those costs can manifest in a variety of ways, though mostly negative externalities that, while unintended, can be extremely harmful. There are a lot of things to watch out for, so it’s important to do your homework before pulling the trigger on your next trade.

Read on to see seven companies with big hidden costs that might have an effect on your investing interest. 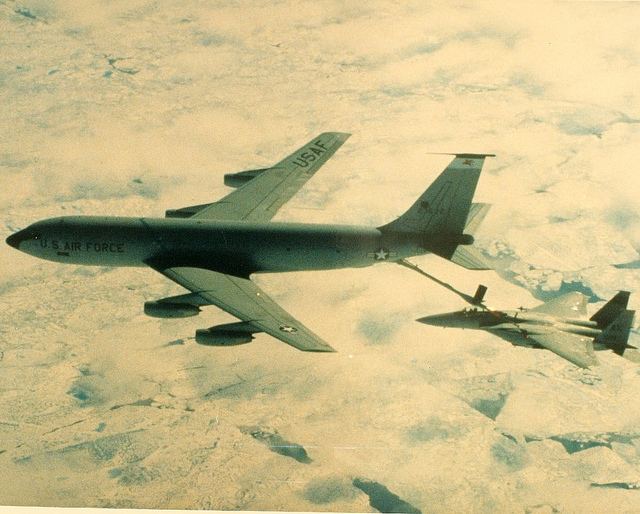 Aerospace company and aircraft builder Boeing has been a mainstay of the military industrial complex for decades. Behind Boeing’s innovations, the government has been able to slice ahead of its rivals around the world in military supremacy. Many of the world’s top commercial airline companies have built the backbones of their companies on Boeing’s products. The company has also been a big employer in many regions around the country, including Alabama, South Carolina, and Washington state.

The problem with Boeing, though, is that it has become the country’s biggest corporate welfare recipient. In addition to taking on billions in subsidies, the company has also successfully lobbied to avoid paying taxes, held states hostage by threatening to move jobs, and benefited from big military contracts brought about by the wars in Afghanistan and Iraq.

Boeing is a solid, dependable choice for many investors. But for the socially responsible among us, the company comes with an awful lot of baggage. 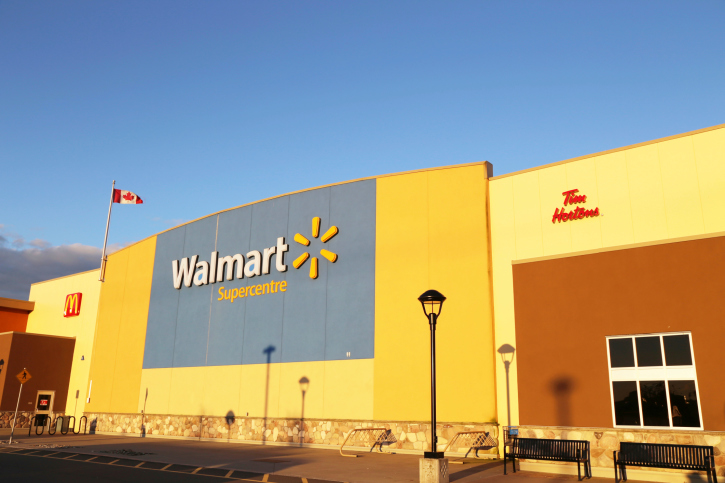 Wal-Mart is well known to have a ton of negative externalities, most of them contributing to rising poverty levels and wealth gaps across the country. Wal-Mart grew from meager beginnings in Arkansas in the 1960s to become the nation’s largest private employer, with millions of workers on its payroll. Despite having millions of fans, selling billions of dollars’ worth of merchandise, and becoming the model for American business, Wal-Mart’s growth has brought about some negative results.

In many communities, the retailer has been known to be a small business killer, wiping out lesser companies thanks to its incredible scope and ability to undercut almost everyone. The company is also notoriously anti-union, having gone so far as to fire employees that push for creating unions among its ranks. Perhaps most egregiously, the company has been a huge force behind the widening income gap. By offering only part-time hours to many employees and refusing to pay living wages, the company instead offloads its labor costs onto taxpayers in the form of public assistance. Yes, the company is profitable, but that profitability comes at a cost to everyone else.

Everyone remembers when former Halliburton CEO Dick Cheney left the company with a golden parachute worth millions in company stock and cash, and went on to become vice president under George W. Bush. The Bush administration set in motion its plan to set America’s energy policy with preference to oil and fossil fuels, which would in turn net Halliburton billions in profits and lead to wars in the Middle East. The company continues to secure lucrative government contracts, taking advantage of America’s powerful positioning in places like Iraq and Kuwait.

For the socially conscious investor, it would be difficult to get behind a company like Halliburton. Yes, it reaps massive revenues and is a big player in the energy sector. But its hard to ignore the company’s recent history of profiting from international conflict. If you’re looking for a safe stock to put your money into with some good growth potential, Halliburton would fit the bill — but do your homework before making that call to your broker.

Monsanto has quickly become one of the best-known — and hated — companies in the world. And with good reason. The company has been behind many recent changes to modern farming that have led to all kinds of problems. The company has also been a big pusher of genetically modified foods, a hot political topic in districts across the country in the past few years. Monsanto also released the infamous “terminator seeds,” which are sterile and do not reproduce, forcing farmers to purchase more year after year.

Monsanto is a profit factory, and the size of the company has more or less ensured that it won’t be going anywhere in the near future. With as much lobbying power as a company like Monsanto has, it can pretty much pass almost any kind of legislation it wants and continue to thrive. For investors looking to park their capital in Monsanto stock, take note of what the company is doing around the world before making the decision. Some background into what the company is doing to your local grocery store is a good idea, as well.

It’s hard to gain a level of negative public perception that outshines the likes of Monsanto, but there is one company that has been doing it for decades. Philip Morris is one of the world’s largest tobacco producers and a huge contributor to deaths and cancer rates. The cigarette maker has spent years fighting regulators on its products’ health risks, creating advertising aimed at kids, and throwing tons of money at research aimed at curtailing the negative social effects of tobacco use. In fact, Philip Morris was one of the creators of a blueprint that is now employed by the energy industry to attack climate change activists.

Philip Morris stock would be considered a “sin stock,” one that might seem impervious to changing market conditions like the recession, but also could have moral roadblocks for some investors. The sin with Philip Morris, however, is not only that it sells a destructive and dangerous product but that the company has done everything in its power to claim otherwise. For a fresh conscience, stock like this is best left for other investors. 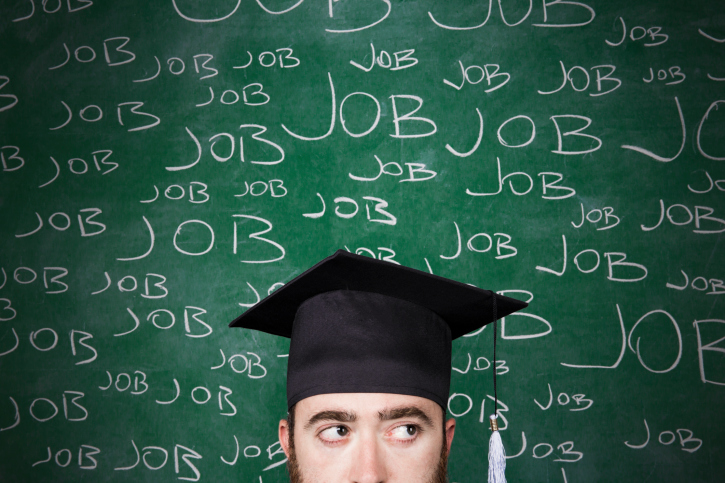 A relatively unknown corporation, the Apollo Group runs several chains of for-profit colleges, including the popular University of Phoenix online school. Advertised as being a worthy equivalent to traditional colleges, many for-profit schools have come under the microscope of government regulatory agencies in recent years. These schools yield massive revenues, usually on the backs of federally issued student loans, and turn out graduates who have low job-placement rates, leaving students with tons of debt and little options. The company has been guilty of fraudulently misleading investors in the past and even expects an alarming 26 percent of its students to default on their loans for students enrolling in 2009, according to Forbes.

At first glance, education is something most people would be happy to get behind. But what the Apollo Group has managed to do to education by turning it into a commodity should raise red flags the minds of even the most ardent fans of capitalism. If looking to invest in some sort of educational venture, be sure you know what you’re getting into before jumping on board with Apollo Group. 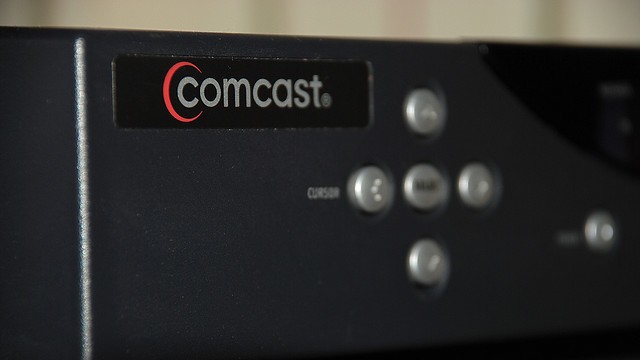 If the recent results of the Most Hated Company in America study don’t convince you, there’s plenty of other fuel to throw on the fire. Comcast has its sights set, it would seem, on becoming one of a few monopolists in the telecom industry. The company is in the process of a merger with Time Warner Cable (NYSE:TWC), which would make it a giant among its foes as the largest Internet service provider in the country. It is also doing its absolute best to dismantle net neutrality rules, which would give the company an even bigger share of the pie and allow it to rake in more profits.

From an investor’s point of view, Comcast is primed for huge growth and big-time profits in the coming years. But if things continue to go the way they are currently, irreversible damage could be done to the business ecosystem around the world, and the Internet as we know it could be fundamentally altered. The lure of incredible growth is enticing, but it’s important to know exactly where your investment is going with any large telecom entity.