Since the mid-1960s or so, driving a car has been a pretty familiar experience — at least from a physical experience. Sure, plenty of details have disappeared over the years. But for the most part, you’ve got your steering wheel front and center, a set of gauges, a shifter on the column or center console, and a set of controls in the center of the dash.

But that’s changing very quickly. So quickly, in fact, that if you’re trading in a five to 10-year-old car for something brand new, you might need to take a minute to get up to speed on things.

And with these changes comes the inevitable consumer backlash. Automotive News recently interviewed representatives from IHS Markit, Consumer Reports, and J.D. Power & Associates to discuss these big changes, and what the car-buying public thinks about them. For early adopters, there’s a strong backlash when proven technology is replaced by something unfamiliar. For now, it’s even affecting consumer satisfaction surveys, which is something that automakers take very seriously.

But things change, which is something automakers are counting on. Despite the fact that new features may feel foreign and unfamiliar, car companies are moving ahead with making these old standbys a thing of the past. Here are eight features that your next car may not have. 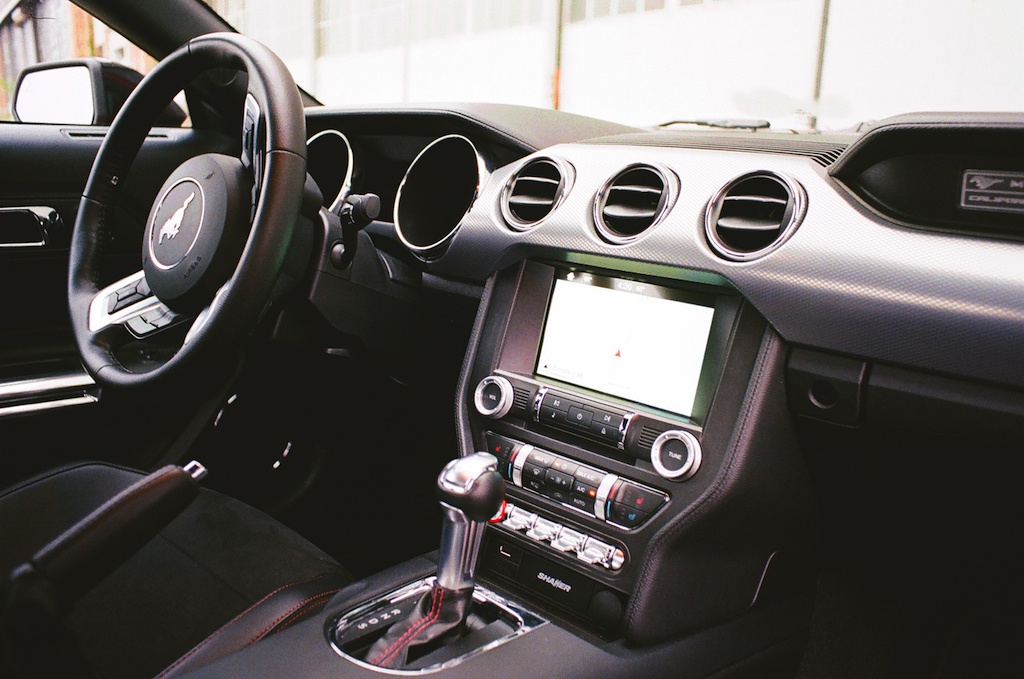 Shift levers like the one in the 2017 Ford Mustang GT will soon be a thing of the past. | James Derek Sapienza/Autos Cheat Sheet

Within the past few years, the steering column-mounted shift lever has largely disappeared. Nowadays, it’s commonly found in work vehicles, if at all. But within a few years, the shift lever as we know it could follow suit. Thanks to an increase in electronic systems, cars equipped with shift-by-wire don’t need a clunky mechanical lever to operate. As a result, the shifter is already an endangered species: BMW, Toyota, Buick, and GMC use an electronic stalk that takes some getting used to. Honda and Lincoln are taking a page out of the Jet Age ’50s playbook and using dash-mounted buttons. And Jaguar-Land Rover and Ford are using center console-mounted knobs to select gears. It may be a while before we see a new universal layout adopted, but one thing’s for sure: A lever that lights up “PRNDL” on your console is falling out of favor fast. 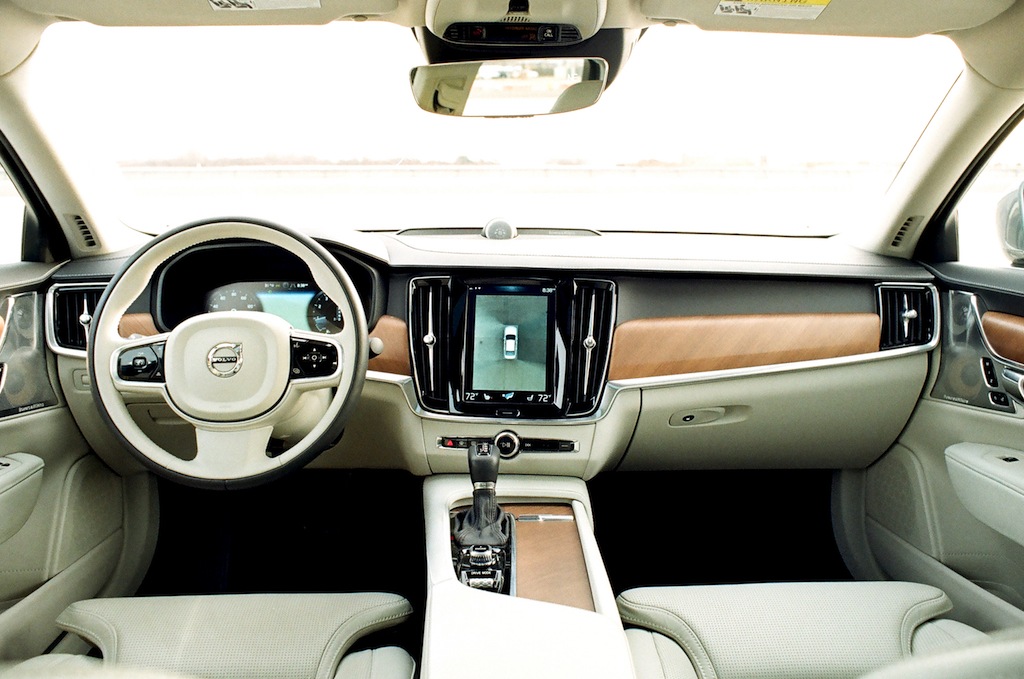 Even with a minimalist design, Volvo kept the radio control knob front and center in the S90. | James Derek Sapienza/Autos Cheat Sheet

With the advent of touchscreens, automakers quickly began pruning physical controls from car interiors as quickly as they could. Only there was a problem: Consumers weren’t ready. BMW’s early incarnation of iDrive, Ford’s Sync, Cadillac’s CUE, and Honda’s HondaLink system replaced knobs with haptic systems. To put it mildly, customers hated them. As a result, a number of automakers have quietly brought the volume knob back. But with a growing number of drivers getting used to digital controls, physical stereo controls are still on the endangered species list. 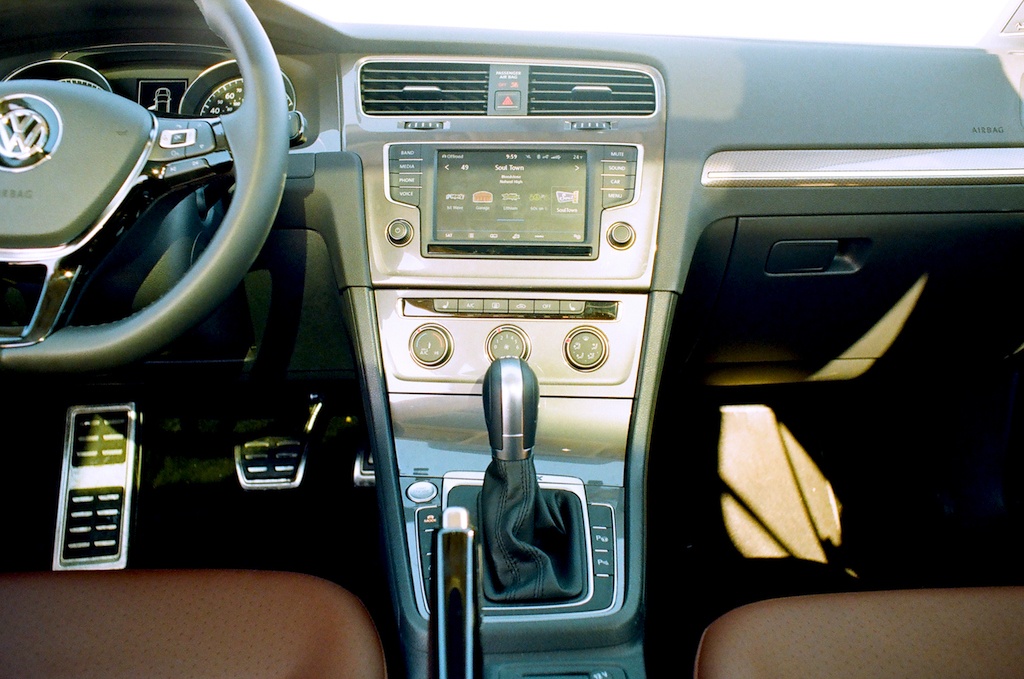 See the CD player below the infotainment screen? Volkswagen is moving it into the glovebox to free up precious dashboard space. | James Derek Sapienza/Autos Cheat Sheet

Trivia question: Do you know when the last cassette deck was offered in a car? It was 2011; not that long ago. And even though the tape deck stuck around some 15 years after tapes became obsolete, it doesn’t look like its successor, the CD player, will have as long a twilight. Few new car owners still use CD players, but studies have shown that cars lacking the feature are thought of as cheap. Volkswagen has relegated it to inside the glovebox on newer models. Other automakers do their best to hide the CD slot in the center console. Make no mistake, as familiar as they are, the CD player’s days are numbered in new cars. 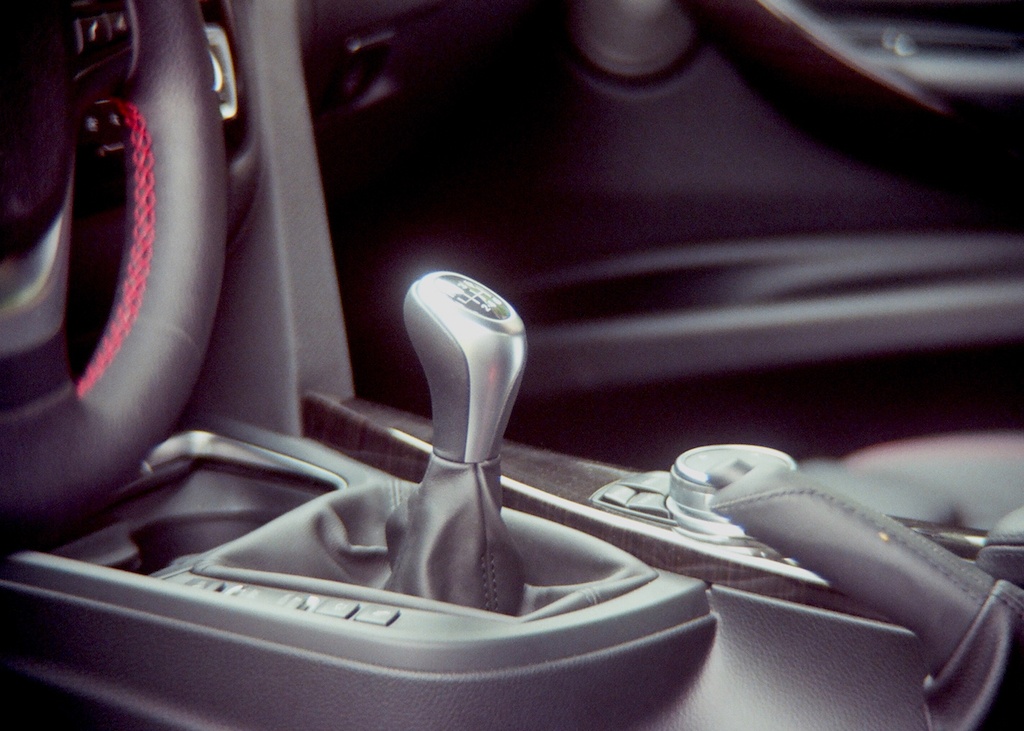 Once prominently placed next to the gear shifter (like on this 2016 BMW 340i), mechanical parking brakes are quickly disappearing. | James Derek Sapienza/Autos Cheat Sheet

Like the gear selector, the parking brake has always been a reminder that your car is a complex machine. Whether it’s a foot-operated pedal or a lever, that reassuring crank reassured drivers that their car was safely staying put. But in recent years, many automakers are replacing them with electronic parking brakes. The small, finger-operated switches are as simple to operate as power windows. While we don’t love this move, the physical emergency brake control looks to be another casualty on the quest to build a more comfortable, user-friendly car. 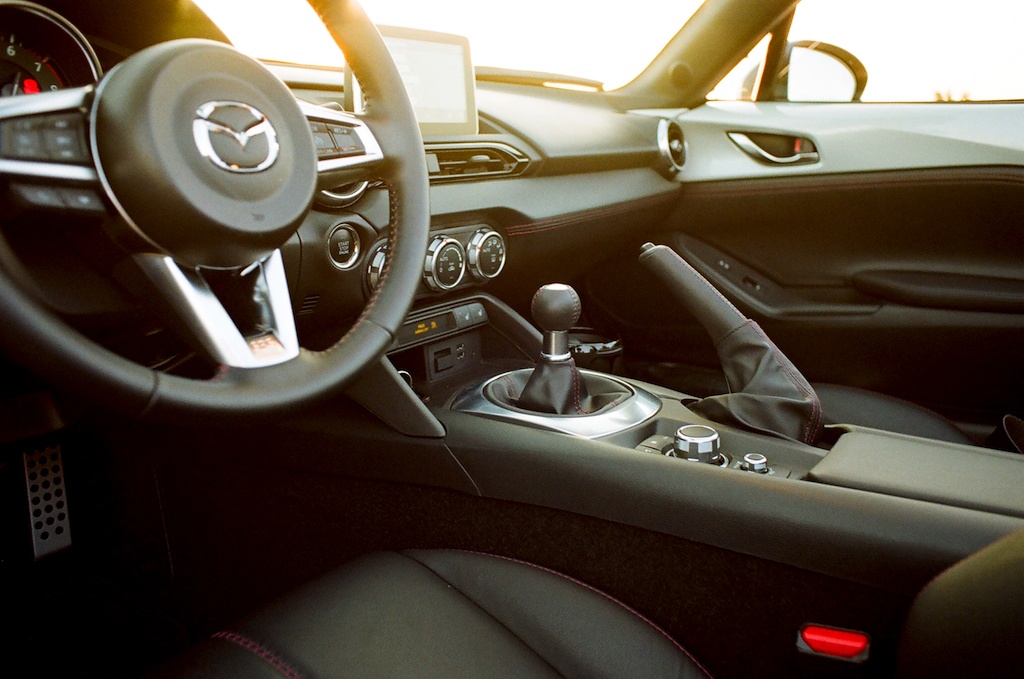 Want to control heat, blower speed, and vents like on this Mazda Miata? You’ll probably be doing it through a touch screen pretty soon.  | James Derek Sapienza/Autos Cheat Sheet

Like radio controls, your heating and air conditioning system will soon be operated by touchscreen — that is if they haven’t been replaced already on your car. Big, clunky physical controls (or even electronic units) take up precious real estate on dashboards, and automakers are chomping at the bit to free up that space for bigger touchscreens. While customers still prefer physical HVAC controls, it doesn’t look like they’ll be sticking around much longer. 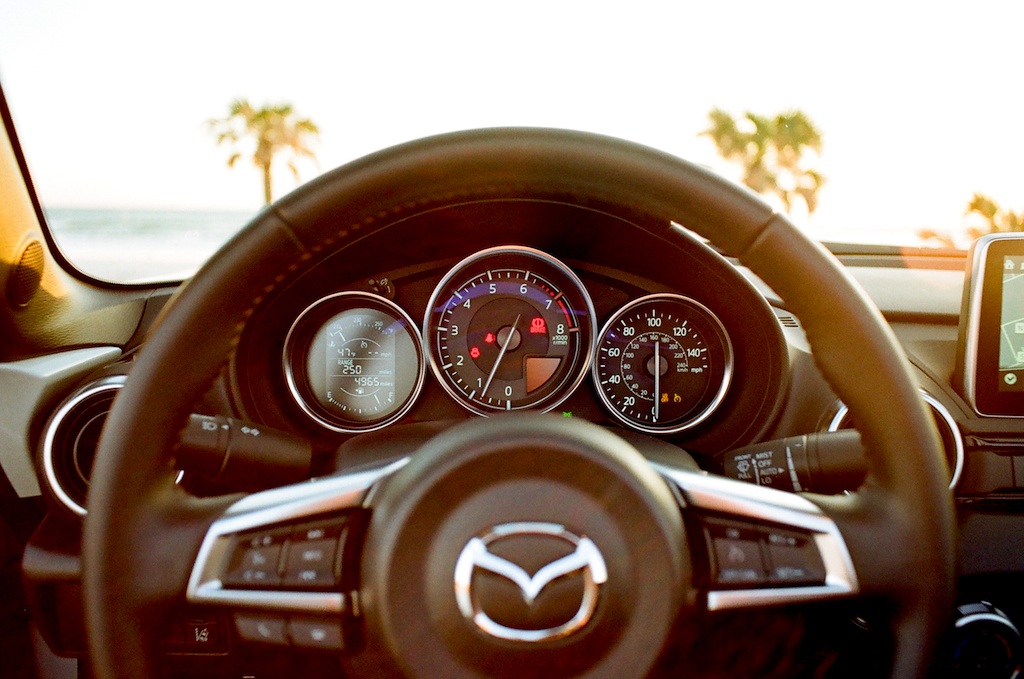 Simple gauges, like the ones in the Mazda Miata, are disappearing.  | James Derek Sapienza/Autos Cheat Sheet

Like a mechanical watch, there’s a certain timelessness to a nicely-designed set of analog gauges. But as MID screens (the digital unit between your speedometer and tachometer) get bigger and more advanced, many automakers are ditching traditional gauges for a larger, programmable single screen. Mercedes, Volkswagen, and Audi have seemingly given up on analog gauges altogether. The Corvette seems to be going that way too. Within a few years, we wouldn’t be surprised if more automakers take a page out of Tesla’s Model 3 playbook and just have everything displayed and controlled by a single screen. 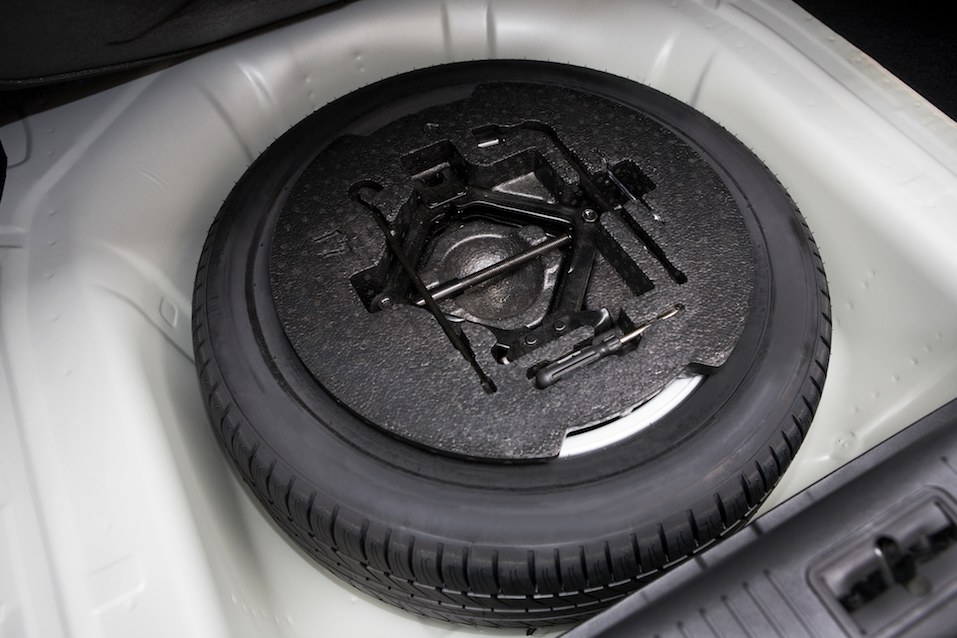 Spare tires are becoming a rarity in new cars. | iStock.com/terex

It’s something modern cars have in common with their earliest ancestors — or had in common, at least. In 2017, 28% of new cars sold in the U.S. lacked a spare tire. In 2005, it was just 5%. To save weight, free up trunk space, and keep costs down, automakers are instead installing run-flat tires on new cars, and including an emergency reinflation kit in the trunk. While those are all benefits, run-flats are heavier, can negatively affect fuel economy, and usually give a harsher ride. Unsurprisingly, that’s left a small but vocal group of consumers who want to see the spare kept from disappearing. But with the way things are going, it’s clear that the spare tire is living on borrowed time. 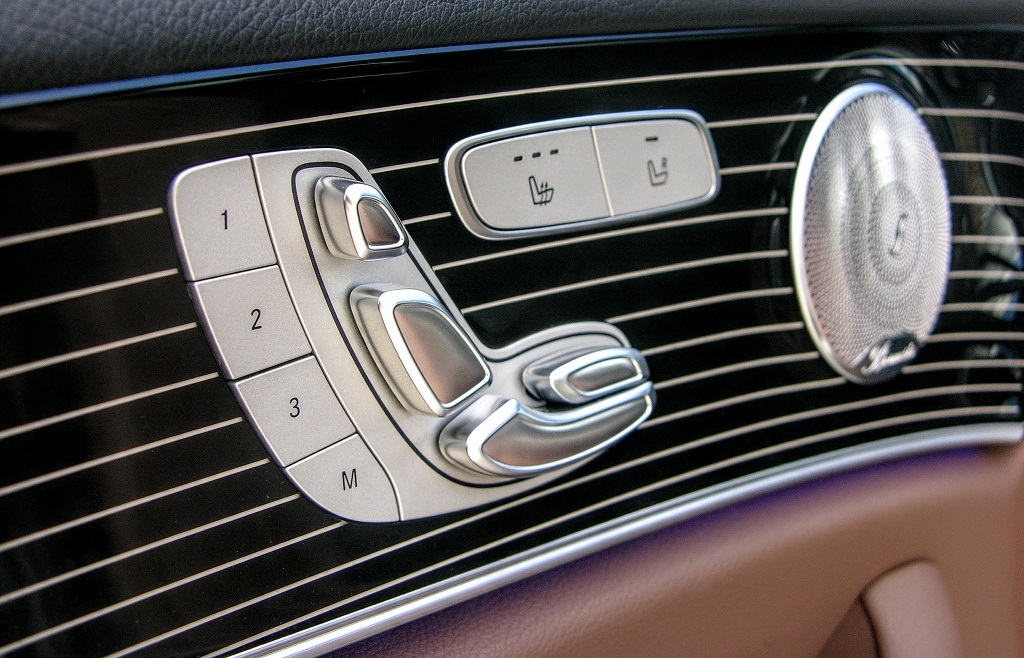 Automakers are following Mercedes’ lead and moving seat controls away from the seats themselves. | Micah Wright/Autos Cheat Sheet

Remember the bar under your seat and lever on the side? More and more automakers are either relegating front seat controls to the touchscreen or taking a page from Mercedes’ playbook and using door-mounted seat controls. We can’t say we’re going to miss fumbling in the dark to adjust our seat. So as far as progress goes, we’ll take this one.