Presidential Polls: Does Your Credit Score Predict Your Vote? 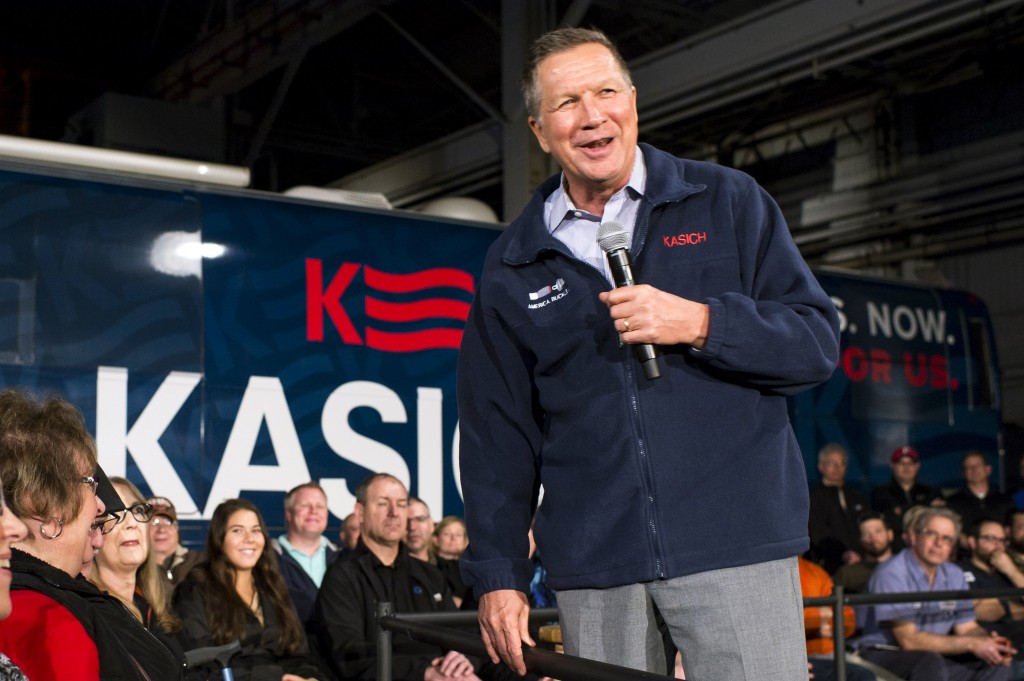 Forget foreign policy and social issues. When people head to the polls, money is often the biggest thing on their mind. Candidates know people vote with their pocketbooks, and they tailor their campaign messages to appeal to people’s economic concerns. Bernie Sanders promises his young supporters relief from high college costs and student debt, while Donald Trump says he’ll help bring blue-collar jobs back to America.

A new survey from WalletHub offers further evidence that people’s political allegiances align with their economic circumstances. The financial website asked 765 people about their credit score and which presidential candidate they supported. Trump, Sanders, and Hillary Clinton all attracted a greater share of support from people who reported having poor or fair credit scores. Republicans John Kasich, Ted Cruz, and Marco Rubio (who has since dropped out of the race) tended to appeal to people with excellent credit scores. 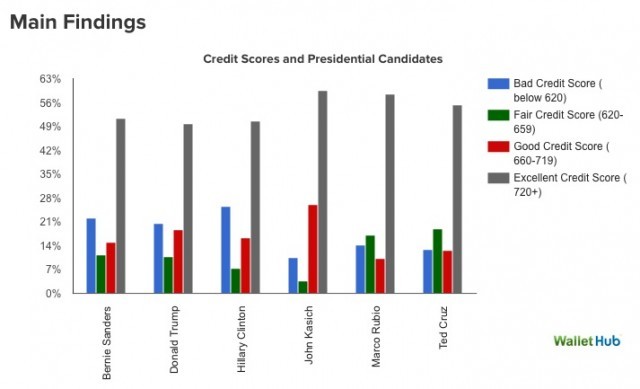 Almost 86% of people who were pro-Kasich had good or excellent credit (defined as a score above 660). Only 67% of Trump supporters fell into that category. The Democrats had the largest share of supporters with fair or poor credit – 34% for Sanders and 33% for Clinton.

Political pundits likely won’t be surprised by the results. Trump and Sanders in particular have thrived on support from people who are dissatisfied with the current state of the economy.

“I think we are in a new era now and that new era is primarily about people’s deep concern about the structure of our economy, their feeling that the playing field isn’t level, that it is elite interests that are writing the rules,” Felicia Wong, president and CEO of the Roosevelt Institute, told CNN. “These are concerns that Trump and Sanders are speaking to in very different ways, but they are appealing to the same core anxieties.” 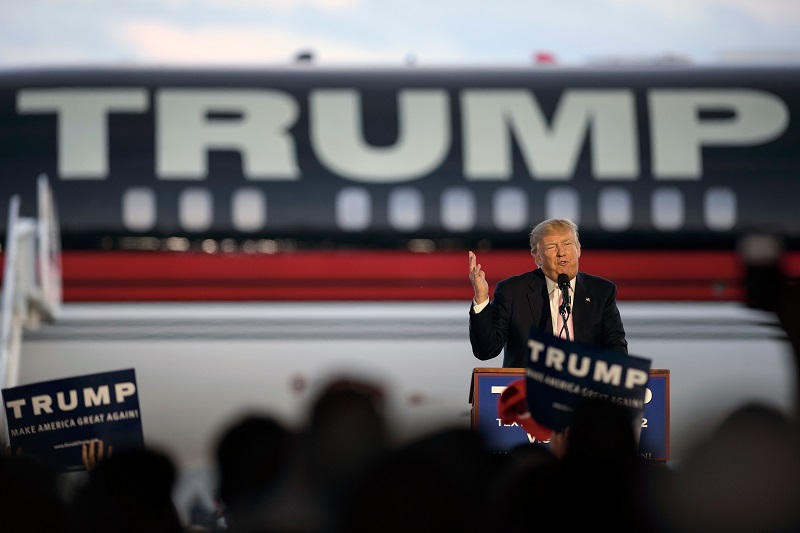 Supporters of Rubio were likely to be wealthier than those who were in the Clinton, Sanders, or Trump camp. Forty-one percent of Rubio backers earned more than $100,000 a year, nearly double the percent of Trump supporters in this category.

No matter how much they talk about understanding voters’ money worries, presidential candidates’ own economic standing is usually pretty good, regardless of party. Billionaire Trump has somewhere between $7.83 million and $36.86 million in cash savings, according to WalletHub’s analysis of candidate’s personal finances. Clinton is not too far behind, with between $5 million and $25 million in the bank, and unlike Trump, she has no debt.

Yet a few candidates do have some things in common with their supporters, financially speaking. Rubio (who’s had money troubles in the past) was the only candidate with a mortgage on his primary home. Forty-four percent of Americans have mortgage debt, according to the Pew Charitable Trusts. And Bernie Sanders ran up between $25,002 to $65,000 in credit card debt in 2015. Thirty-nine percent of Americans have credit card debt, Pew found, with a median balance of $3,800.

“He’s a regular American who has credit card bills,” Sanders’ spokesman Michael Briggs told USA Today. “To that extent, he’s living the life that a lot of people are living.”