Price of Risk: How Well Do the 5 Most Dangerous Jobs Pay?

We all face some danger every day. The odds of all of us dying at some point are of course 1 to 1 (cryptic, right?), but some dangers are a bit more prevailing than others. For instance, the National Safety Council reports the odds of heart disease and cancer are 1 in 7, whereas the odds of being killed lightning are 1 in 136,011. Many of the other fatal dangers out there have odds somewhere in between.

These are examples of the types of potential hazards a person faces each day, however rare they may be. These statistics tell us it’s highly unlikely a swarm of wasps is going to attack us on our way to work, for instance. In 2012, the BLS estimates there were 3.2 per 100,000 fatal work injuries for all occupations. All together, this makes 4,628 fatal injuries that year and in a given year, there are anywhere between 4,500 and 6,500 fatal workplace injuries.

Some people work highly risky jobs where they face other forms of danger, in addition to these existing forms we all face. Do these jobs receive premium pay for this heightened level of danger? Using Bureau of Labor Statistics data, we found five of the most dangerous jobs based on the fatality and injury rates across various occupations. Members of these occupations encounter much higher risk than the average when they go to work each day.

Although a smaller occupational group, the job of a fishermen is risky. With thirty-two deaths in 2012, this places the death rate more than thirty-six times higher than the average occupation. Deaths are caused by falls overboard, onboard injury, and onshore injury. The most common cause of occupational fisherman death, however, is vessel disaster.

Aircraft pilots and engineers are a smaller occupational group, so the seventy-one deaths in a year among this occupation renders in a dangerous job.  These deaths are related to equipment, plane crashes, and other causes. 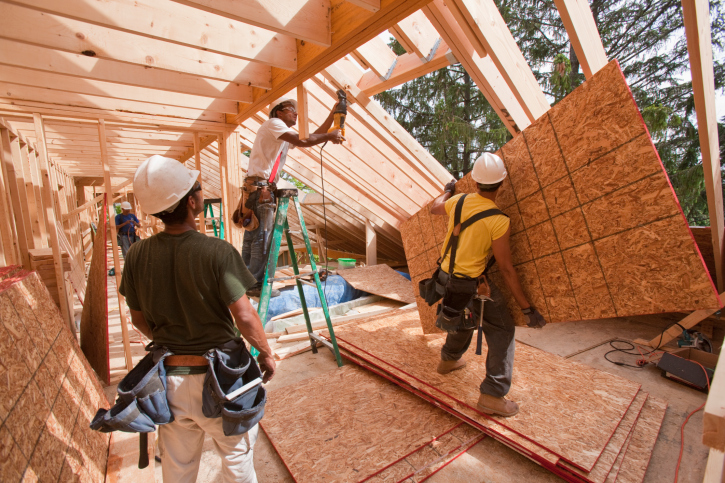 Farmers and ranchers have one of the higher workplace fatality rates. The largest percentage of these incidents are equipment or roadway related, while a small percentage of them are falls. 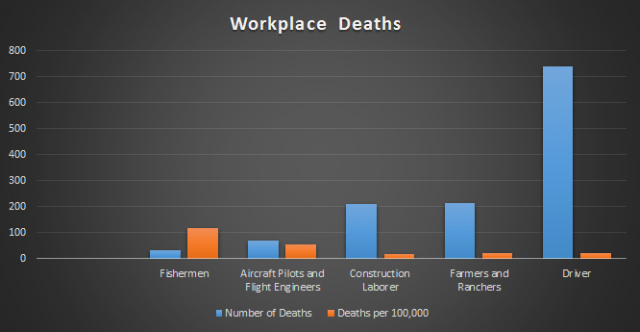 According to the BLS, three smaller occupations fall under this broader occupation category: Heavy and tractor-trailer truck drivers, light truck or delivery services truck drivers, and driver sales workers (like a pharmacy delivery driver). During the most recently reported year, this occupation had 741 fatal work injuries.

While many of the more dangerous jobs involve a level of adventure or excitement, few of them earn exceptionally high pay. Three out of five of these jobs earn less than the median household income, and relatively safer jobs like a secretary or administrative assistant earn about equal median pay to construction laborers and fisherman.

The two occupational groups that do pay higher salaries, pilots and agricultural managers, require either a higher level of education or experience than the some of the others. Therefore, these jobs would likely pay higher salaries whether the danger level was present or not.

All in all, it appears the risk premium associated with occupational danger is rather unremarkable. The Library of Economics and Liberty Estimates that moderately risky blue collar jobs earn a premium of between $300 and $500 annually.