America’s Middle Class Really Is Further Behind Than Ever 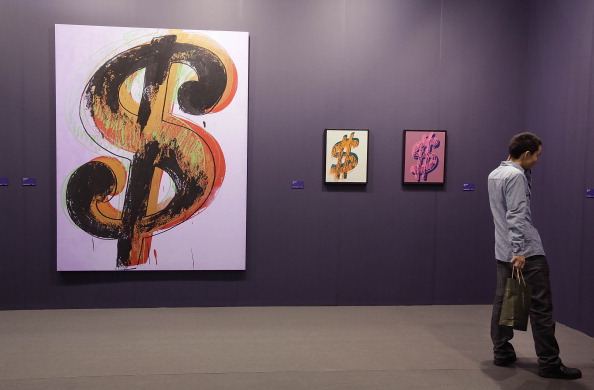 The wealth gap continues to widen, and there is really no sign that things are going to slow down. It’s an issue that has widely gone ignored by policymakers and leaders in government until recently, despite America’s middle and lower classes having had to fight tooth and nail to keep their heads above water in a turbulent economy.

For those people, it increasingly feels like they’re being left behind. New insight into income inequality seems to confirm it.

Numbers from the Pew Research Center says that America’s wealth gap isn’t only growing, it’s actually at its widest point in recorded history. One important detail to take into account is that “recorded history,” in this case, only stretches back about 30 years, to the Reagan administration. Even so, this new insight is reason enough to warrant significant concern as more and more Americans are getting left behind.

The problems resulting from growing inequality and a widening wealth gap can be far-reaching, and are definitely concerning for many pundits and policymakers. The problem is, little has been done to actually address it. There have been some things — scattered increases in the minimum wage, for example — but on a macro-scale, those changes are likely not going to make much of a difference in solving the overall issue.

Pew’s findings are important because they do go a long way toward explaining why many Americans are not feeling any effects of the rejuvenated economy. Again, on paper, the economy is in better shape than it was prior to the recession. For ordinary, average Americans, however, things do not seem to have gotten any better. In many cases, they may have even gotten worse.

There are numerous factors that can play into that, including wage stagnation, reduced rates of entrepreneurship and business dynamism, and even lower union membership rates. This, of course, is contrasted by a drastically lower unemployment rate and a booming stock market, which are typically signs that the economy at large is chugging right along.

But the middle class is a frustrated bunch, and their resentment was on full display during the recent 2014 midterm election. While Americans do tend to voice their concerns by voting, in some respects, when little actually changes between now and 2016 in terms of the wealth gap, there’s a good chance we’ll see the pendulum swing the other way during the general election in two years. This, in effect, is how and why few things ever get done to address the middle class’s concerns on Capitol Hill.

There have been several experts and economists who have weighed in on how to reduce income inequality, but the suggestions they have laid out have evidently fallen upon deaf ears among legislators. Ideas have been floated, including expanding on paid worker leave, reducing the number of workdays/hours in a given week, increasing access to public healthcare and childcare, and of course, bumps to minimum wage levels. While there has been some headway made on some of these issues, the U.S. is still drastically behind compared to other industrialized nations. The question is, at what point will policymakers, and community and business leaders actually start taking action to address the economic woes of the majority of Americans? There is a breaking point somewhere, but when we actually reach it is still up in the air.

If the middle and lower classes of America continue to experience stunted economic growth, we’ll end up with some very serious issues in the near future. “Without any palpable increase in their wealth since 2010,” Pew writes, “middle- and lower-income families’ wealth levels in 2013 are comparable to where they were in the early 1990s.”

If the middle class continues to skate on thin ice and another financial crisis or recession were to hit (which is entirely possible, and perhaps likely), it could be magnitudes more disastrous for America than before, as so many Americans are already struggling.