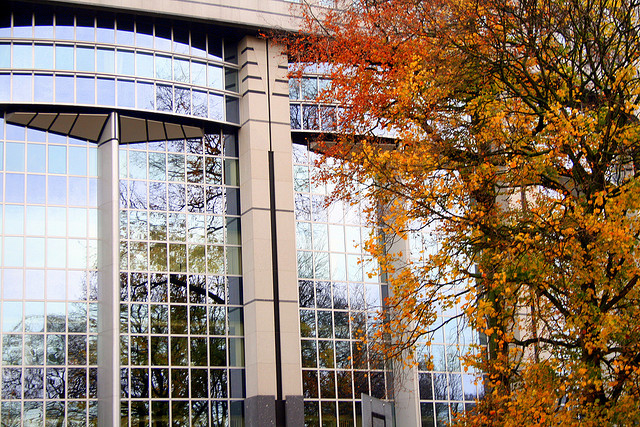 The rules are in line with the Liikannen Report, produced by the commission to curb bank risks as the euro zone tries to avoid crisis again. Another failure of Europe’s largest firms could endanger the European Union, and test the unity of a bailout-weary union.

Increasing capital requirements and toughening rules have been a global theme: In the U.K., Bank of England head Mark Carney is attempting to shore up interest rate reporting in the wake of the labor crisis, and in the U.S., the Federal Reserve has imposed several different stress tests and capital requirements on banks in addition to the 2010 Dodd-Frank Act.

In Europe, periphery countries — areas still in recession and with high unemployment — are desperately in need of capital inflows, and with the U.S. set to end quantitative easing, the amount of liquidity coming into these markets will already be lower. Moreover, interest rates for these countries are higher, as they still represent a reasonable financial threat to lenders, and toughening capital requirements could cut these places off from investment first as banks look to less risky endeavors. As The Economist notes, lending to non-financial institutions in May was down by 4.1 percent in Italy, 5 percent in Portugal, and 9.7 percent in Spain.

The threat of slowed investment could not come at a more inopportune time for the struggling continent: Just this week, the International Monetary Fund revised estimates for growth in the bloc. As banks look to comply with increasingly strict rules and European economic partners like as China begin to slow down, the situation is tough for the EU.

Moreover, Greece and Portugal have been making headlines for their deteriorating political conditions and fears about their ability to meet the terms of the bailouts given to them, in turn leading to fears about debt payments. Greece basically didn’t meet any of its bailout requirements calling for substantial reform of its public sector, and was still given money by the EU in order to avoid default. Bond rates in Portugal have been ticking higher and higher, leaving the government in an ever more difficult position to meet its obligations to markets.