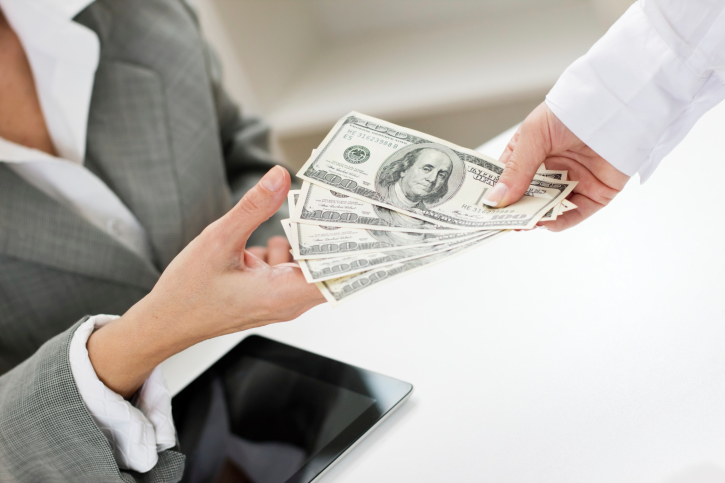 Prospect Capital (NASDAQ:PSEC) is among my favorite monthly dividend paying stocks. Recall that its primary operations involving lending money to small companies to help them grow and expand while being paid back with interest. It recently dipped into the $9.00 range briefly after a string of bad news. I maintain that a solid strategy has been to buy on the dips and reinvest the dividends to compound the investment. This is because the stock sports a 12 percent yield. The stock is a great buy for a tax favored account in my opinion. The purpose of this article is to provide and discuss more evidence that the bad news is behind this company.

Recall that Prospect Capital recently announced that based on its discussions with the staff of the Division of Investment Management and the Office of the Chief Accountant of the Securities and Exchange Commission, Prospect Capital will not be required to restate its prior period financial statements to consolidate certain wholly owned or substantially wholly owned holding company subsidiaries.

Prospect announced in its filing on Form 10-Q for the quarter ended March 31, 2014 on May 6, 2014 that the Securities and Exchange Commission staff had asserted certain wholly owned holding companies were investment companies. Due to this, it was suggested that such companies were required to be consolidated in the historical financial results and financial position of Prospect Capital. Thus, the real possibility that the company would have to conduct a restatement of such financial statements came to light. This sent shares spiraling. However, after the Securities and Exchange Commission cleared the company, shares began rebounding. But there were numerous lawsuits filed against the company, which were pressuring shares. Some could argue that these lawsuits were “ambulance chasing” type suits. I would not disagree. Still, they are a stain on any proud name.

In May 2014, three putative securities class action complaints were filed based on the Securities and Exchange Commission staff’s initial position that a restatement would be required I am happy to report that just today the company announced that all putative securities class action complaints against Prospect, John F. Barry III and Brian H. Oswald relating to Prospect’s historical accounting have been voluntarily dismissed. Due to the all clear signal given on June 10, 2014 by the Securities and Exchange Commission, Prospect announced that Prospect’s historical financial statements would not need to be restated for holding company consolidation. Thus, all three putative class plaintiffs voluntarily dismissed their lawsuits without prejudice. This is another win for the company and another negative headwind that has been removed from this great company.

At the time of this writing, the stock trades at $10.38 and it is still a buying opportunity in my opinion. The company has made important investments in the prior quarter and I expect these to pay off in future quarters. With a last stated book value of nearly $10.70, and having paid out over $13.00 in dividends in a decade per share, the stock is at a significant bargain at current levels. This sale wont’ last, so I recommend doing some buying now that it appears skies are clearing for the company.

Disclosure: Christopher F. Davis is long Prospect Capital. He has a buy rating on the stock and an $11.55 price target.