PVH Corp Stock Is Not Trendy in After Hours Trading 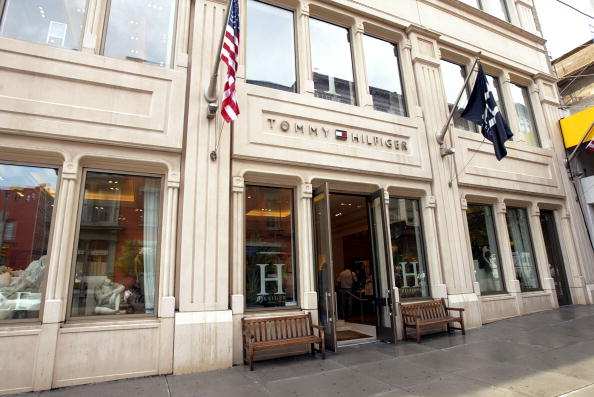 We are pleased with our first-quarter results, which were in-line with our expectations, despite the unseasonably cool weather in North America and the volatility experienced in the global retail environment in the first quarter. Unfortunately, the challenging macroeconomic environment has continued into the second-quarter, with heightened promotional activity across the North American retail landscape. As such, we believe our North American businesses will experience margin pressure in the second-quarter and we have lowered our full year earnings per share guidance to reflect this. We will continue to make the previously planned strategic investments, particularly in the acquired Calvin Klein businesses, in order to unlock the full global potential of the Calvin Klein businesses over the long-term.

I am pleased that the Warnaco integration is progressing well and we have achieved numerous milestones to date. 2014 continues to represent a year of two stories — the first half is pressured by our strategic investments, while fall 2014 will be the first season we offer product by our newly established design and sourcing teams and presented in an enhanced retail environment. Despite first half pressures, we are well-positioned and have not changed our outlook for the second half of the year, for which we expect earnings per share to increase approximately 20 percent on a non-GAAP basis over last year’s second half. The power of our brands, led by Calvin Klein and Tommy Hilfiger, remains strong, and we believe that the investments we make during 2014 and the financial flexibility achieved by our continued debt repayment will enable us to capitalize on growth opportunities over the long-term.

Looking ahead, earnings per share for the year is currently projected to be in a range of $7.30 to $7.40 on a non-GAAP basis, as compared to $7.03 in 2013, or an increase of 4 percent to 5 percent. This guidance reflects an expected $10 million increase in Calvin Klein advertising expenses over the prior year, primarily in the second quarter. Second half earnings per share on a non-GAAP basis is expected to increase approximately 20 percent, with the majority of the growth expected in the fourth-quarter. Revenue is currently projected to increase to approximately $8.5 billion, an increase of approximately 5 percent compared to the prior year amount excluding revenue of $176 million related to the Bass business. All things considered, although PVH Corp missed earnings, it does not warrant a sell. That said, the guidance isn’t strong enough to justify a buy at current levels either. In fact, I would argue that given the earnings potential and results of the company, the stock is appropriately priced around $125.

Disclosure: Christopher F. Davis holds no position in PVH Corp and has no intentions of initiating a position in the next 72 hours. He has a hold rating on the stock and a $120 price target.