15 Questions You Should Never Ask a Co-Worker

Do you often say things at work that leave others feeling uncomfortable or angry? Do you hate making small talk with a co-worker in an elevator or on your way to your desk because you always seem to say something really dumb? We’re here to help.

Sometimes we say inappropriate things at work, especially when we’re getting to know someone. Asking questions is a great way to deepen your relationships with co-workers. However, not everyone at work wants to share personal information. And some questions are just downright rude. Before you get yourself into an embarrassing situation, educate yourself on the topics to avoid. Here are 15 questions you should never ask a co-worker.

If you can’t be polite when asking about ethnicity don’t do it. | iStock.com/mirelabella

This question has more to do with how you ask it. If you’re curious about someone’s ethnic background, it’s OK to ask. Just be polite about it. Instead of asking, “What are you?” or “Where did you come from?” just ask, “What is your heritage?”

Remember, your co-workers might not be comfortable having this discussion with you, especially if they don’t know you well. So be prepared for an awkward response — or no response at all. If you just met a co-worker, don’t ask. They will assume you can’t see past ethnicity. Wait until you’ve gotten to know each other a little better.

Writer Jaya Saxena, who says she receives this question often, suggests paying attention to the person’s response — particularly their body language — if you choose to ask this question. If you sense the other person is offended or uncomfortable, it’s time to shut the conversation down. “Apologize if you get the sense that you’re coming off as intrusive,” Saxena advised in an article for etiquette website Uncommon Courtesy.

Nosy, much? In an age where discrimination of all kinds still exists, this might be one of the worst questions you can ask. Unless your co-worker is clear about their orientation and comfortable discussing it, it’s best to avoid this topic.

Although more corporations are LGBTQ-friendly and some human resources departments are even collecting demographic data about the sexual orientation or gender identity of their employees, your teammate might not want to talk about this. It could be due to the personal nature of the question and the possibility of discrimination.

3. Do you plan on having children?

Since when are you part of your co-worker’s family planning? | iStock.com/tamaravidmar

Why do you need to know? Do you plan on babysitting? As a rule of thumb, if a personal question is not directly related to you and it’s not necessary for you to know, then hush up. Your co-worker’s reproductive plans are private and don’t concern you.

Another kid-related question to stay away from: Are you pregnant? If your co-worker isn’t pregnant (maybe she’s just bloated), don’t count on her speaking to you ever again.

4. How much money do you make?

Talking about money will strain your work relationships. | iStock.com

It’s none of your business, so don’t ask. If you do choose to discuss salary, you’ll set yourself up for jealousy and competition. If you find out your co-worker makes more than you do, you’ll be tempted to march into your boss’ office and ask for a raise. However, no matter how much your co-workers say they make, you’re likely working with incomplete information.

Stacey Carroll, compensation expert for PayScale.com, told career site Monster it’s dangerous to draw conclusions based on a number. “If you’re talking about pay with people that you work with at your same company, those individuals may be compensated differently based on the job they have or their previous experience or their education or maybe some specific certification,” Carroll told Monster.

And how do you know for sure your co-worker isn’t lying? Your co-worker could feel pressured to beef up the number in an attempt to appear smarter or more successful. So steer clear of this question. It will just put strain on your work relationships.

What does your co-worker’s weight have to do with work? | iStock.com

Are you running a weight-loss program? Unless the question is related to your job, keep your curiosity to yourself. And if your co-worker has an obvious weight issue, this is just rude. For all you know, he or she could have an underlying health issue or an eating disorder. Don’t make assumptions based on someone’s appearance.

7. Do you have a health issue?

Your co-worker might prefer to keep health issues quiet. | iStock.com

Health information is none of your business. Although you might be sincerely concerned, directly asking about a health condition can put both of you in an awkward position. Some people prefer to deal with an illness privately, so try to respect their decision. If your co-worker wants you to know about a chronic illness he’s battling, he’ll tell you about it.

This is also a sticky topic because employees can be (and often are) discriminated against or treated differently by their peers due to health status. Don’t make an already tough situation worse for your co-worker, and just keep quiet. Be supportive, not intrusive.

8. What religion do you practice? 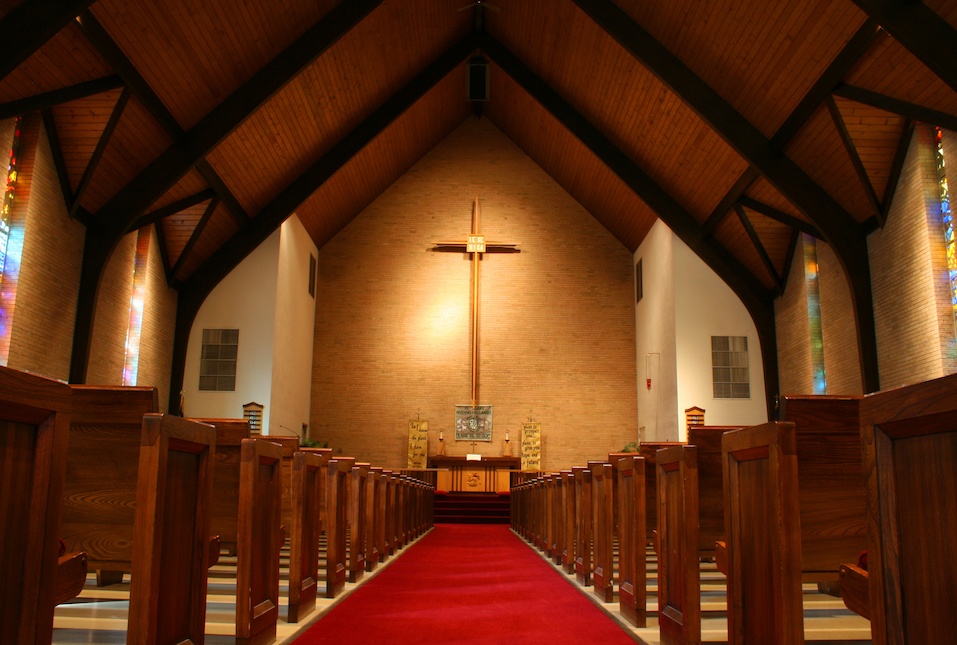 If you want to talk religion, visit your local church. | iStock.com/deviousrlm

Questions about religion or religious practices should stay out of the office. When you ask someone about his or her religion, you could risk unknowingly offending that person. You might also feel an urge to start talking about your religious practices in an effort to convert that person. Don’t do it. If you want to talk religion, visit your local church or join a religious group where it’s a welcome topic of conversation. 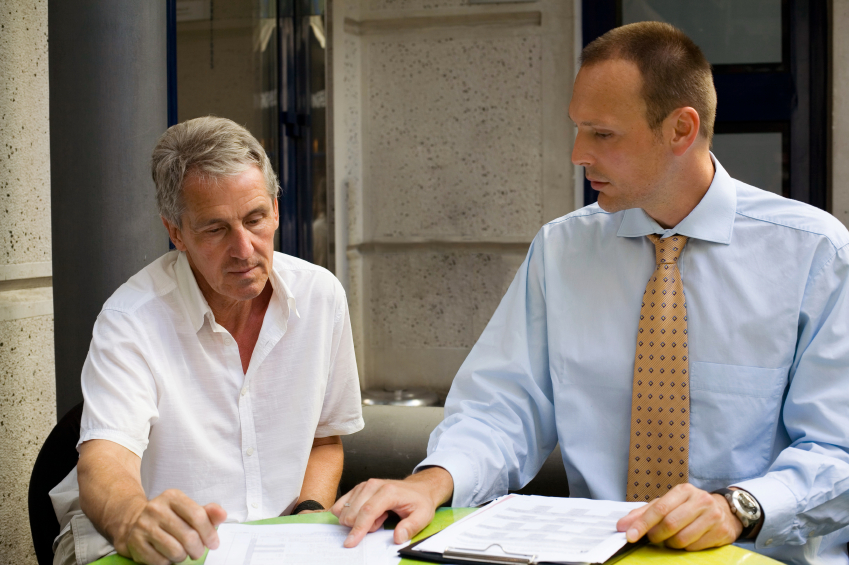 Politics are another hot topic not meant for the office. You’re more than likely to end up in a heated debate with your co-workers. Do everyone a favor, and keep quiet about politics. At the end of the day, does it really matter who your co-workers support? Is it really going to ruin your day if you don’t know who supports a certain party? If it doesn’t directly affect your work, don’t ask. 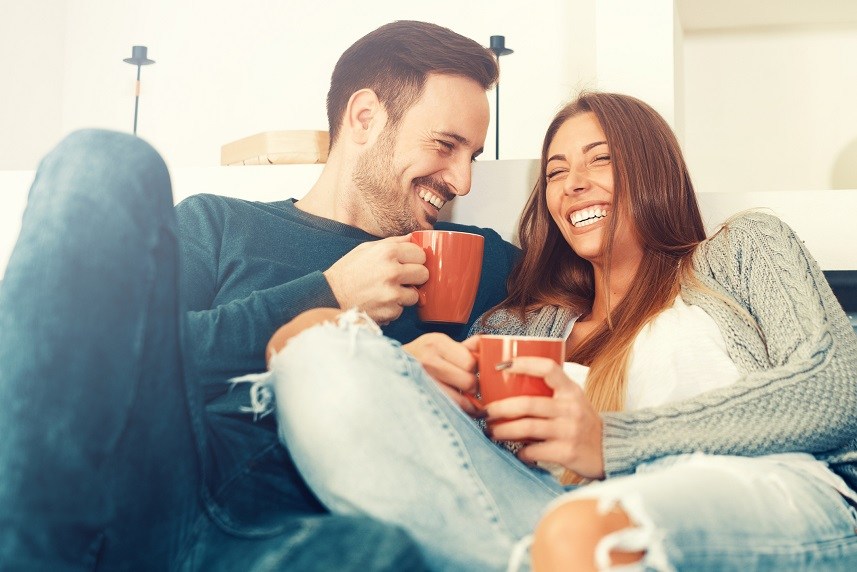 Your co-worker’s love life shouldn’t be a topic of discussion. | iStock.com/Ivanko_Brnjakovic 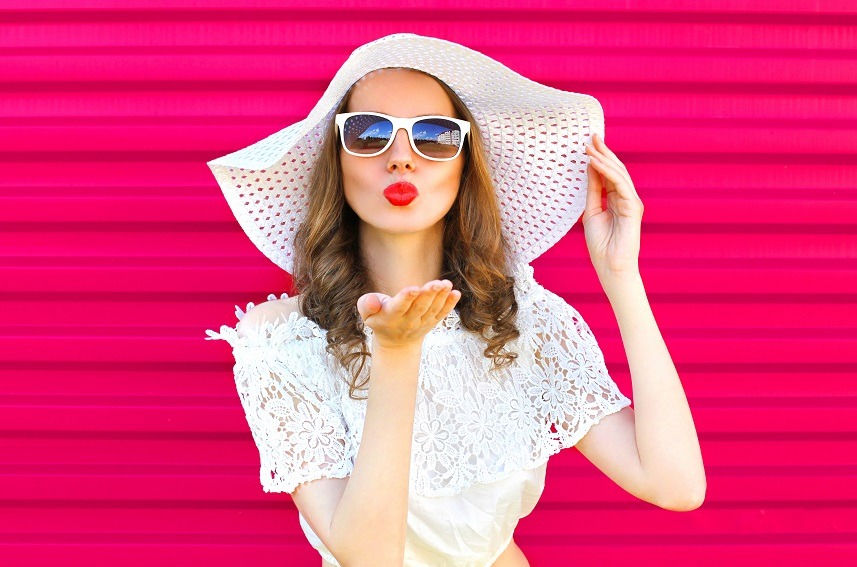 Are you the fashion police? | iStock.com/Rohappy

Why are you looking at your co-worker so closely? Unless you work as a fashion consultant, keep your comments to yourself. Also, depending on what you say and how you say it, your co-worker could accuse you of harassment. So if you’re about to make an offhand comment about your colleague’s outfit, resist the urge. You never know how your comment will be received. 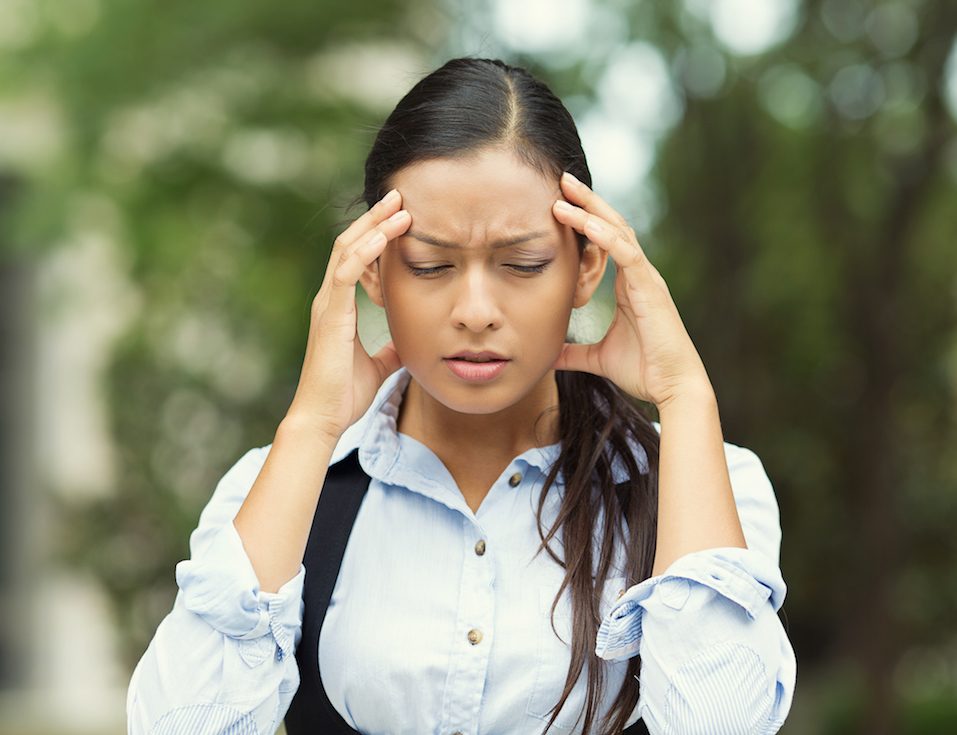 It’s OK to be concerned, but don’t get too personal. | iStock.com/SIphotography

Your co-workers aren’t obligated to share their feelings with you. You’re not their therapist, so don’t ask intrusive questions about their frame of mind. If you’re really concerned about someone’s mental health and you think they could be a danger to themselves or others, alert your human resources representative. Your co-worker could be dealing with a personal issue they don’t want to discuss. 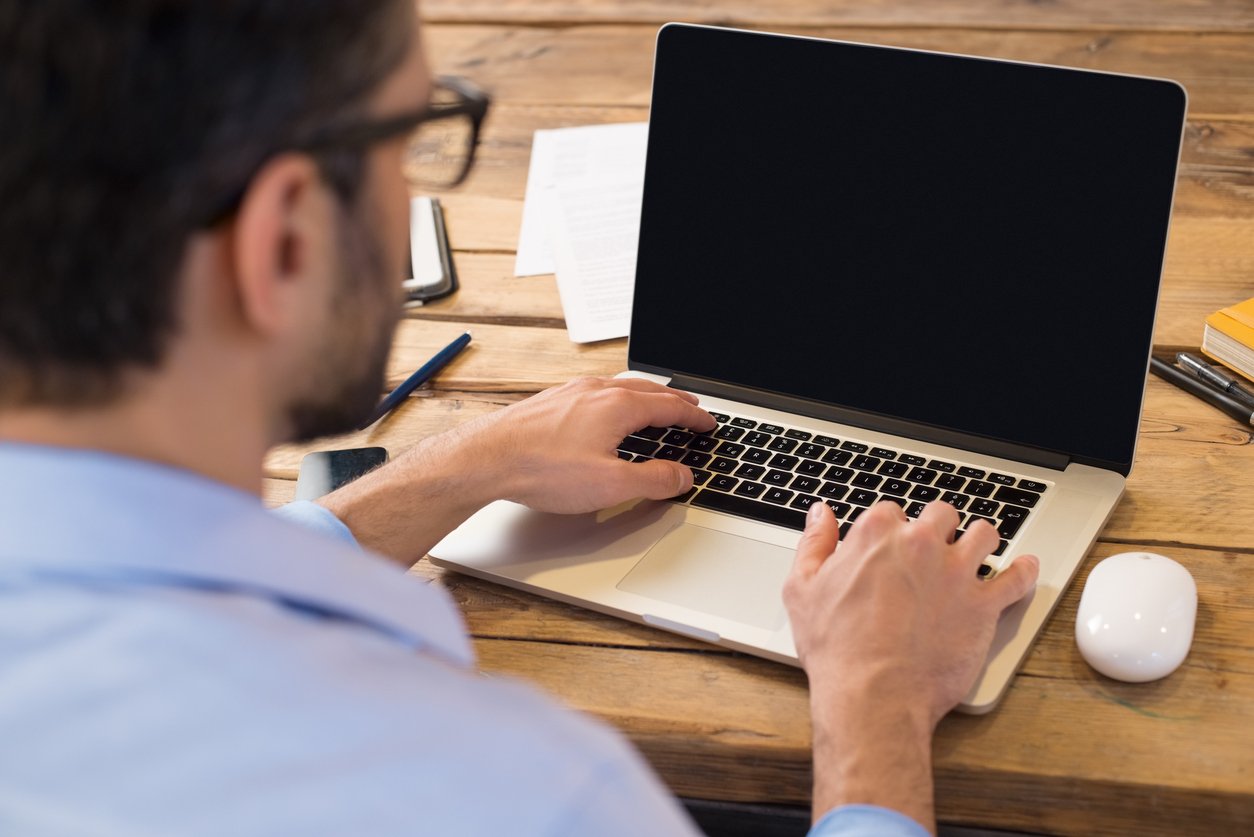 Unless you’re a manager or you and your co-worker are working on a project together, it shouldn’t be any of your concern. Your best bet is to avoid questions that have nothing to do with you or your work. Your co-worker will likely think you’re being nosy (because you are) and will not appreciate the interrogation. Keep track of your own work.

14. How long do you plan to stay at the company? 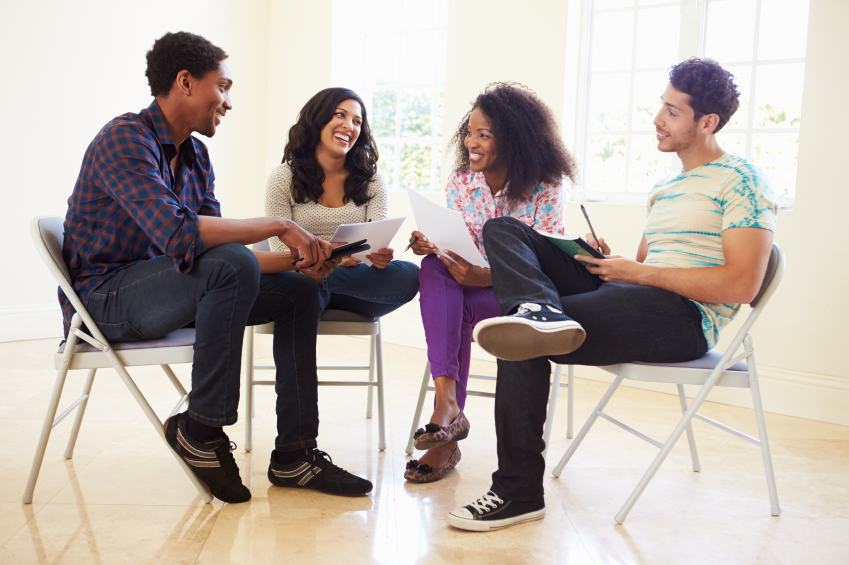 Sometimes it’s too soon to ask about career plans. | iStock.com

This question makes it look like you’re ready to take over your co-worker’s job. You’ll most likely be met with: “Why do you want to know?” If you dare to ask this question, be prepared to have a good answer ready. If you’re interested in your co-worker’s position keep quiet about it until the position is officially up for grabs. It’s poor manners to start announcing you want your colleague’s job. 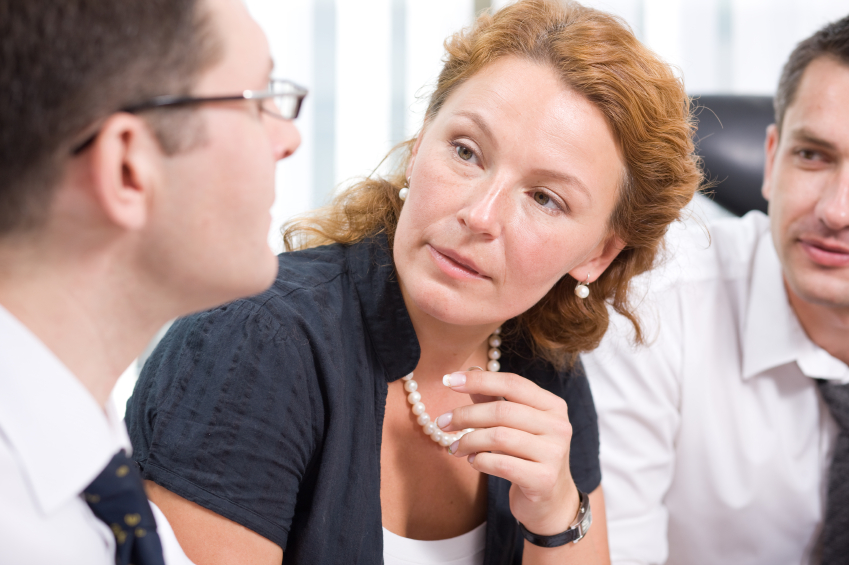 Don’t give advice unless you’re asked for it. | iStock.com

No one wants your advice. This is work, not a counseling session. If someone wants your advice, they will ask for it. Don’t assume you know everything because you’ve been at the company for a certain amount of time or you’ve experienced a similar life situation as your co-worker. Remember though your co-workers might seem friendly, they are not your friends. Avoid becoming too familiar. Save the advice for people who genuinely want to hear it.