Reality Check: What Does Retirement Mean to You? 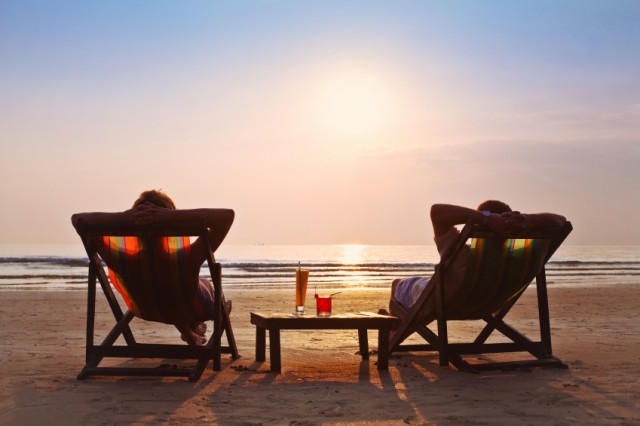 The cliche retirement picture paints a graying couple sitting on a beach somewhere without a care in the world. In the reclined position, she’s pondering what novel to read next, while he’s deciding whether to look at his new gold watch again. The drinks are always cold and there isn’t a boss in sight. The only problem: this retirement is located in fantasy land.

A retirement without some kind of employment is becoming a thing of the past. According to a new report from Transamerica Center for Retirement Studies (TCRS), 20% of all workers expect to continue working as long as possible in their current or similar position until they can’t work any longer, and 41% envision transitioning into retirement by reducing their hours or by working in a different capacity that is less demanding. Only one in five workers plan to immediately stop working and fully retire when they reach a certain age or savings goal.

“Today’s workers recognize they need to save and self-fund a greater portion of their retirement income. In response, they are transforming the United States retirement system from a three-legged stool into a table by creating a fourth leg: working,” said Catherine Collinson, president of TCRS, in a press statement. “The long-held view that retirement is a moment in time when people reach a certain age, immediately stop working, fully retire, and begin pursuing their dreams is more myth than reality. Retirement has become a transition that may be phased over time or happen abruptly due to intervening circumstances.”

Despite the bleak outlook, retirement dreams are alive and well. American workers of all ages most frequently cite travel as their greatest retirement dream (42%), followed by spending more time with loved ones (21%) and pursing hobbies (15%). Continuing work in a current field (5%) and doing volunteer work (4%) are a distant fourth and fifth, respectively.

Your own retirement dream is ultimately your responsibility. “It is never too soon or too late to save, invest and plan for retirement. By taking proactive steps today, workers of all ages can improve their retirement outlook,” said Collinson. “By extending our working lives and fully retiring at an older age, we can earn income, bridge savings shortfalls and stay active and involved. It’s also important to remember that life’s unforeseen circumstances, such as health issues or job loss, can derail the best laid plans. Everyone needs a Plan B for the unexpected.”