Red vs. Blue: Are Democrats or Republicans Better With Money? 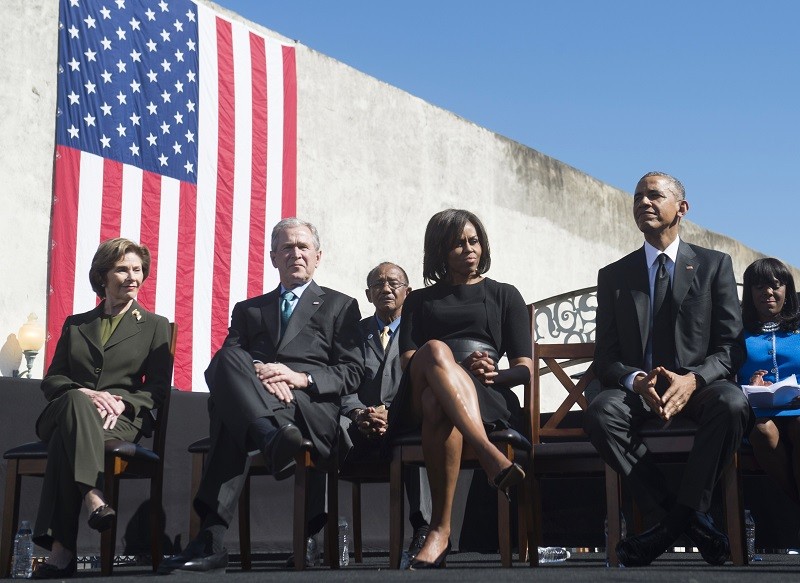 With America being greatly divided these days — be it red versus blue states, Democrats or Republicans, etc. — it’s easy to get caught up in the fray. Americans will argue and try to differentiate themselves in just about every way. Do you believe in the concept of working together toward a common good? You might be labeled a Socialist. Do you think people should take responsibility for their own lives, health, and finances? You’re a right-wing lunatic, in some people’s eyes.

But when it comes to finances and money specifically, one political party is typically associated with fiscal responsibility more than any other: the Republican Party. Responsible spending has been a mantra of the Republicans and conservative party for a long time, and when a lot of people file into the voting booth, money and taxation are on their minds.

So, does that hold true? Are Republicans and red states truly more fiscally conservative than their blue state counterparts? Thanks to some data gathered by LendingTree, we have a better idea.

Red vs. blue states: An analysis 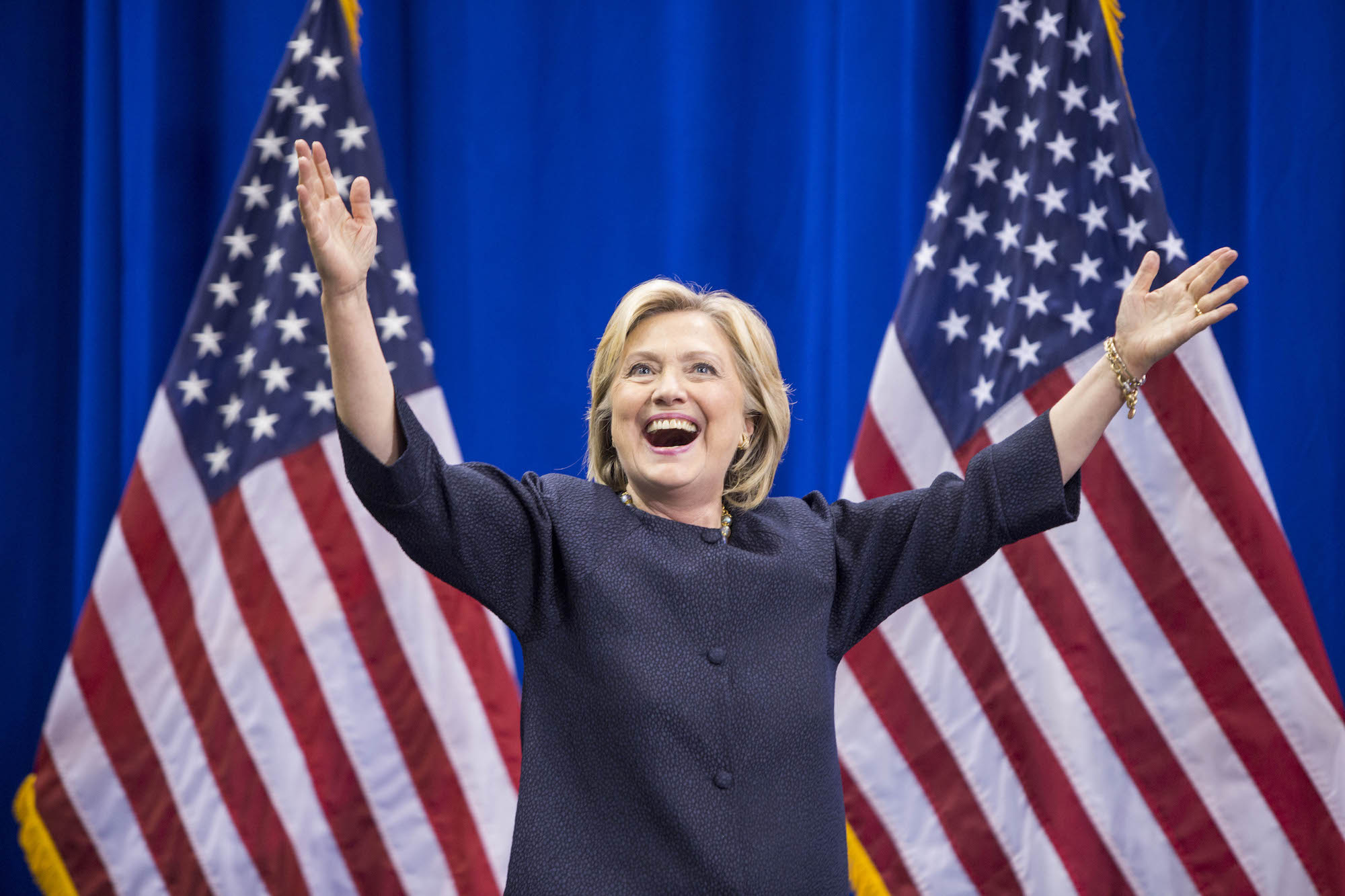 “Given this year’s polarizing election cycle with financial and socioeconomic topics, such as minimum wage and education costs being at the front of many discussions, LendingTree decided to compare how different candidate and party supporters really were financially,” a LendingTree press release says. “LendingTree conducted the survey online via SurveyMonkey and polled a nationally representative sample of respondents ages 18 and up. A total of 1,616 completed responses were collected between June 9th, 2016 and June 14th, 2016.”

From the results, LendingTree found that over half of each party’s voting base suffers from a “financial superiority bias,” though Republicans were more likely to say they are financially or economically more knowledgeable. Republicans were also more likely to say that they were financially responsible. But when LendingTree looked at the red and blue state divide and corresponding personal finance habits, there were some interesting swings.

Residents of Republican-leaning states generally had bad credit scores. In fact, of the 50 states, the bottom 10 in terms of credit scores were red. On the other hand, red states generally were better at curbing credit card debt. But, Democratic voters were twice as likely than Republican voters to say that they were “financially happy.” 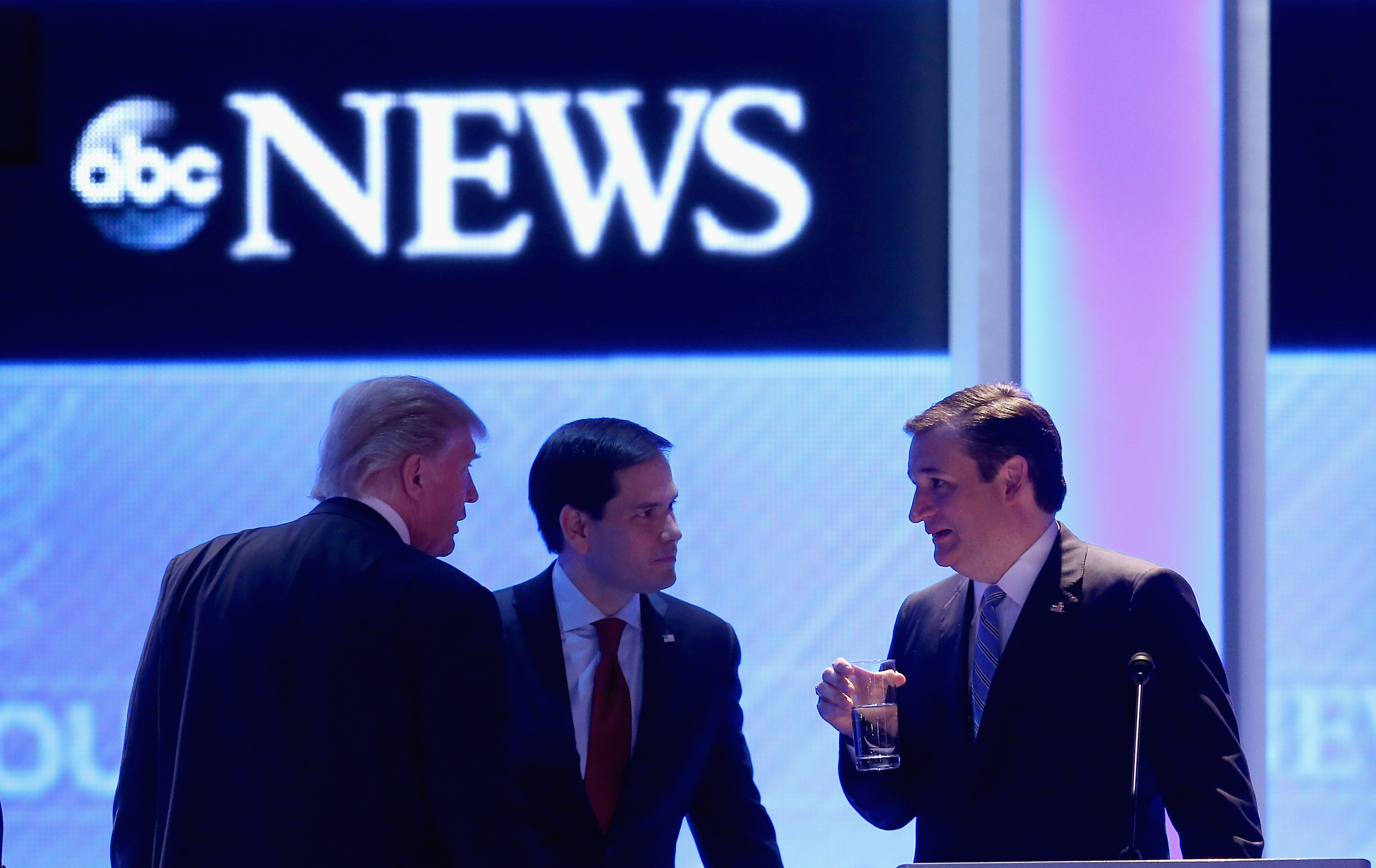 Republican leaders gather prior to a debate | Joe Raedle/Getty Images

From this study, it appears that no specific party can really accurately claim any sort of financial superiority, as blue states tend to be happier and have better credit scores, but red states have better general personal finance habits. Of course, you should read the entire study yourself to get a better gauge of the data, as we’re just looking at the general findings and trends.

But the data does match up, in some ways, to other measures of financial superiority. For example, when you look at which states tend to rely more on the federal government for funding and financial backing, red states are at the top. This, as noted, contasts with the red state values of small government and financial responsibility. But, you also have to take into account the specific cases of each state. Some of those red states are largely rural, are home to Indian reservations, or lie on the border — all things that require additional federal funding.

The point, though, is that the divisiveness surrounding fiscal responsibility doesn’t really make a lot of sense, especially when you crunch the numbers and find that members of both parties struggle. Monetary issues, like the national debt and growing deficit, were a much bigger issue during the 2012 campaign cycle than they are this time around, which might shed some light on the fact that politicians from both parties know that fighting about being fiscally responsible is losing its appeal.

The last two presidents — Barack Obama and George W. Bush — have seen the national debt and budget deficit soar, after all. So, if there is a point or underlying theme to LendingTree’s findings, it’s that as a whole, neither party appears to be all that fiscally responsible, and slugging it out over other issues may yield more of an opportunity to sway voters.

To see the complete release from LendingTree, click here.