Relax! All You Need Is Vail Resorts in Your Portfolio 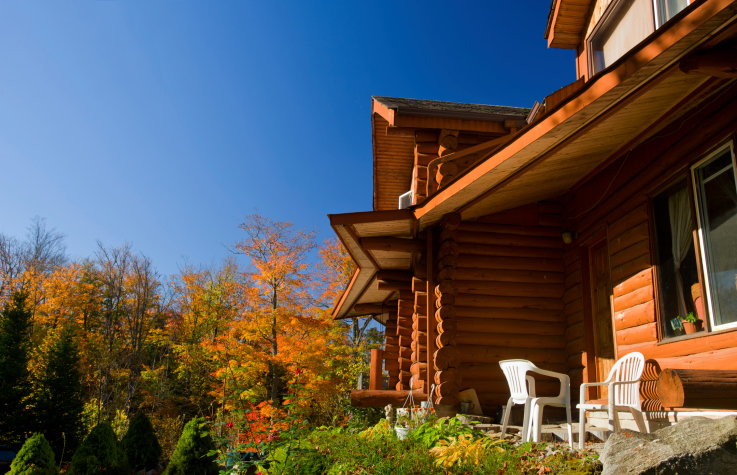 Vail Resorts Inc. (NYSE:MTN) is a well-known operator of mountain and lodging resorts in the United States. What you may not know is that its stock is up 53 percent in two years, and is set to climb higher. The company operates in three segments: Mountain, Lodging, and Real Estate. The Mountain segment operates eight ski resort properties, including the Vail Mountain, Breckenridge Ski, Keystone, Beaver Creek, Heavenly Mountain, Northstar, Kirkwood Mountain, and Canyons resorts as well as two urban ski areas (Afton Alps and Mount Brighton Ski.) It also provides ancillary services, primarily ski school, dining, and retail/rental operations.

Its resorts offer various recreational activities comprising skiing, snowboarding, snowshoeing, snowtubing, sightseeing, mountain biking, guided hiking, children’s activities, and other recreational activities, as well as ski and snowboard lessons, equipment rental and retail merchandise services, dining venues, and private club services. This segment also leases its owned and leased commercial space; and provides real estate brokerage services. The Lodging segment owns and/or manages a collection of luxury hotels under the RockResorts brand, and other lodging properties. It also has various condominiums located in and around the company’s properties. This segment operates approximately 5,100 owned and managed hotel and condominium rooms. The Real Estate segment owns, develops, markets, and sells real estate properties in and around the company’s resort communities. The company is well run, and its recent performance suggests the stock is set to climb.

The company’s most recent quarter showed earnings increased 18.9 percent for the third-quarter compared to the same period in the prior year. Net income attributable to Vail Resorts was $117.9 million representing a 20.8 percent increase compared to the same period in the prior year. The company also saw more traffic as total skier visits for the quarter increased 11.2 percent compared to the same period in the prior year, including the addition of Canyons Resort. The company revised its fiscal 2014 guidance range upward to reflect strong results in Colorado in the third-quarter of fiscal 2014. It also reported earnings are now expected to be between $267 million and $273 million, which includes approximately $10 million of estimated Canyons integration and litigation expenses. It is also important to note that spring season pass sales for the 2014/2015 ski season were up approximately 14 percent in units and approximately 20 percent in sales dollars through May 27, 2014 compared with the prior year period ended May 28, 2013. Rob Katz, Chief Executive Officer stated the following:

Our overall results continued to be negatively impacted in the quarter by the poor snowfall and warm weather experienced in Tahoe throughout the season. Late season storms helped mitigate early season declines and brought back more local California visitors with total visitation for the third-quarter down only 4.4 percent compared to the prior year. Throughout the ski season, our Tahoe resorts consistently delivered some of the best conditions in the marketplace. Our lodging business continues to have a great year. Revenue, excluding payroll cost reimbursements, increased 24.6 percent compared to the prior year and revenue per available room, or RevPAR, increased 14.5 percent compared to the prior year. These results were driven by strong performance in our core Colorado markets with increased occupancy and favorable rate increases, along with the addition of the Canyons lodging properties to our portfolio. The Tahoe region does not represent a material component of our lodging business and therefore the challenging conditions in the region did not have a significant impact on lodging results.

The company’s balance sheet remains very strong. It ended the quarter with $307.4 million of cash on hand, and no borrowings under the revolver of its senior credit facility. Its total debt which includes $310.5 million of capitalized long-term obligations associated with the Canyons transaction, was 1.8 times trailing twelve months earnings. The Vail Resorts Board of Directors has declared a quarterly cash dividend on Vail Resorts’ common stock. The quarterly dividend will be $0.4150 per share of common stock and will be payable on July 8, 2014 to shareholders of record on June 23, 2014.

Why this stock is a buy is because of its constant delivering of results and its revised guidance, which was mostly positive changes. It estimate earnings for fiscal 2014 will be $267 million to $273 million, representing an approximate 11 percent to 13 percent increase over fiscal 2013. It expects margins to be approximately 22.4 percent in fiscal 2014 at the midpoint of the revised guidance range. It did narrow its estimate of fiscal 2014 Real Estate segment earnings to negative $7 million to negative $9 million. It also increased its net Real Estate cash-flow guidance to $27 million to $32 million. Finally net income attributable to Vail Resortsis now expected to be in a range of $26 million to $33.5 million in fiscal 2014.

Disclosure: Christopher F. Davis holds no position inVail Resortsand has no plans to initiate a position in the next 72 hours. He has a buy rating on the stock and a $88 price target.