Will the Repeal of Net Neutrality Hurt or Help Consumers? Depends on Who You Ask 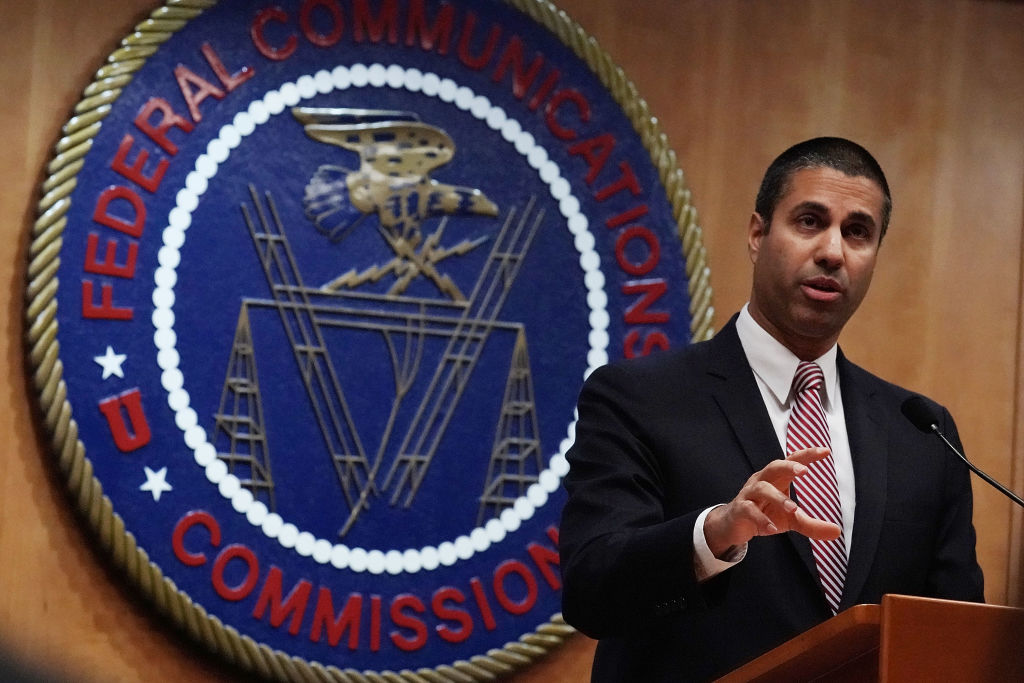 When net neutrality was repealed on December 14, 2017, internet consumers and the U.S. citizens at large had a lot of questions about the future of the beloved world wide web. Through decades of growing pains, the internet has become a beautiful thing. So beautiful that nearly 75 percent of the U.S. population uses it every single day. Nevertheless, the stability of this cherished utility feels wildly uncertain.

True or false: The way consumers access and use the internet could change

True: The change may not be immediate, but it will happen

By and large, consumers aren’t going to witness a sudden change in the way they access the internet. Instead, internet service providers (ISPs) will begin sending mailers and offerings to consumers for better internet and cable packages. This will likely occur at the same time consumers begin to notice Netflix streaming slowing down.

True or false: Americans will have more choices for internet service providers 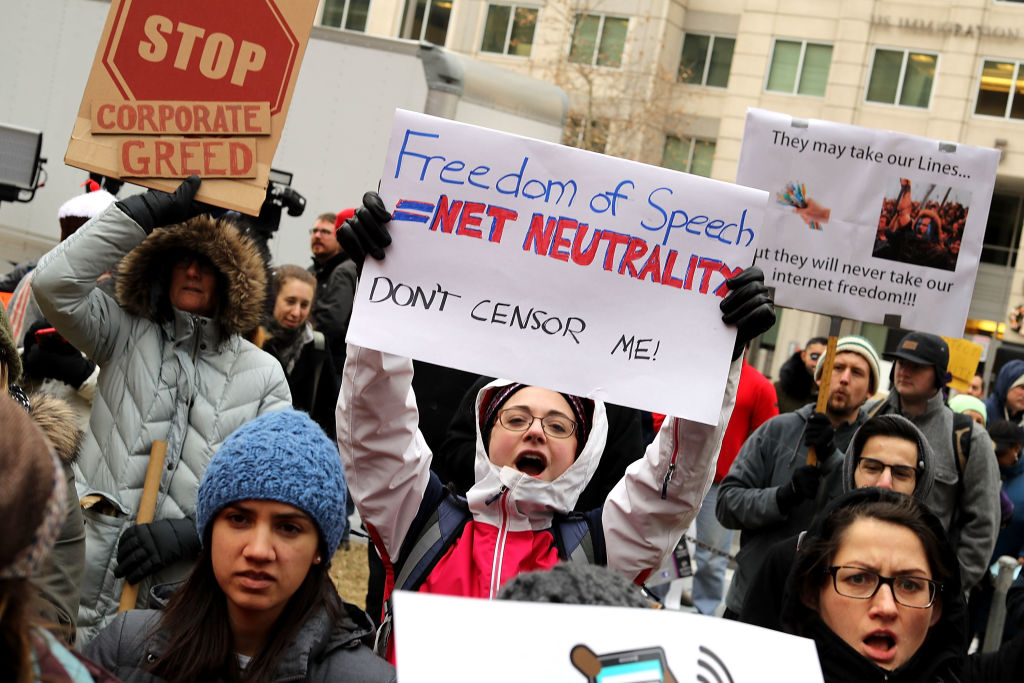 The chairman believes it’ll open up the market to competition. | Chip Somodevilla/Getty Images

Ajit Pai, chairman of the FCC, holds fast to his belief that repealing the Title II net neutrality regulations will open up the ISP market for healthier competition. However, the data suggests otherwise. One hundred twenty-nine million Americans across the country only have one ISP provider. That’s around 40% of the entire U.S. population. The likelihood of smaller businesses managing to penetrate AT&T, Verizon, Comcast, and Time Warner’s territory is small.

True: Companies will have to pay more for websites to properly operate 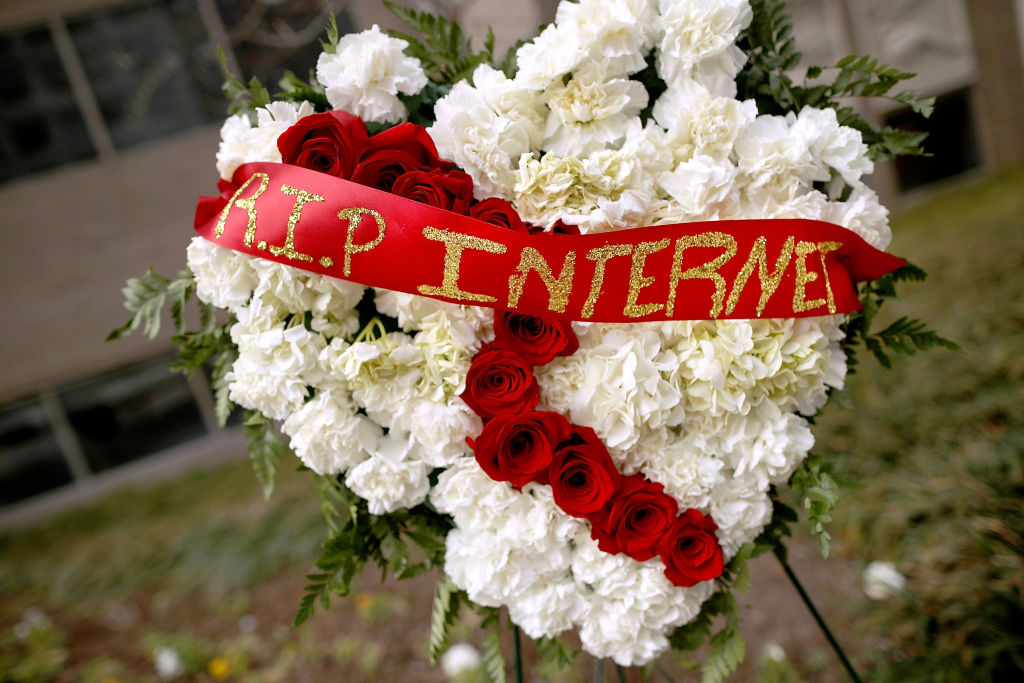 It will cost more for larger sites to operate. | Chip Somodevilla/Getty Images

Before the repeal, ISPs were legally required to treat all content equally. That means Netflix or Instagram, for example, don’t have to pay extra for using more bandwidth. Since Title II net neutrality regulations have been scrapped, ISPs can now charge companies like Netflix and Instagram more money to make sure their content is delivered properly.

True or false: ISPs will be able to block certain websites

True: Evidence proves ISPs have already blocked services in the past 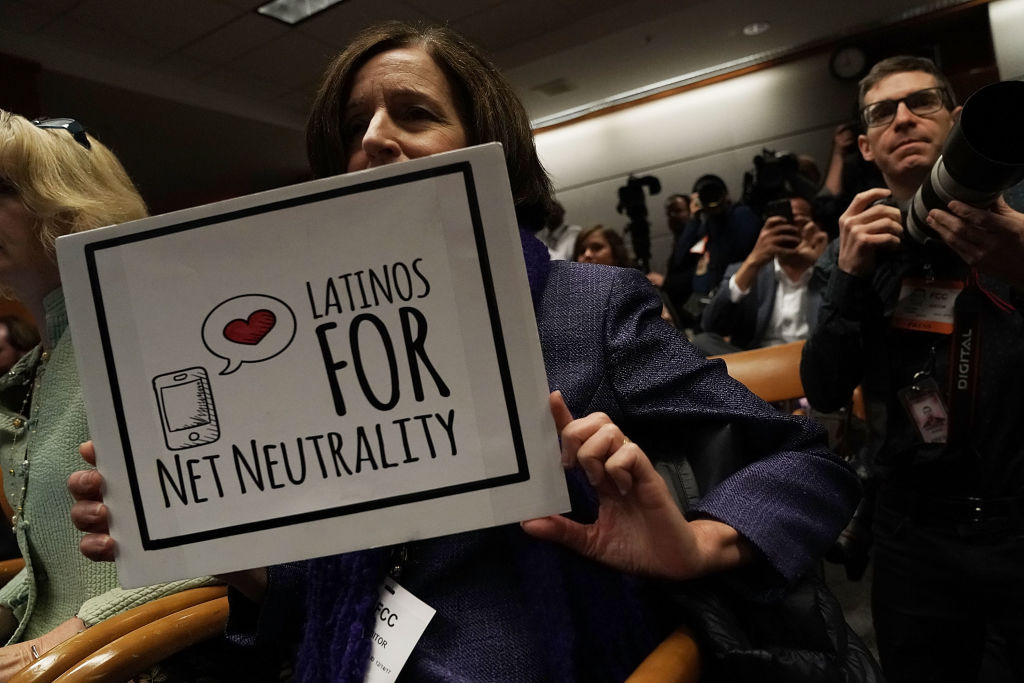 Pai defends the idea that ISPs will not choose to block certain websites in order to boost their own. Strangely enough, this sort of activity has already occurred in years past. For example, in 2007 Comcast was busted for blocking BitTorrent and Verizon decided to block text messages from a pro-choice organization. And what about that time AT&T blocked iPhone users’ access to Facetime?

While certain laws are designed to prevent this sort of behavior, the FCC is reactionary — only handling problems after the fact.

True or false: Consumers will have to pay extra for social media access

True (mostly): ISPs will be able to charge customers more for certain sites 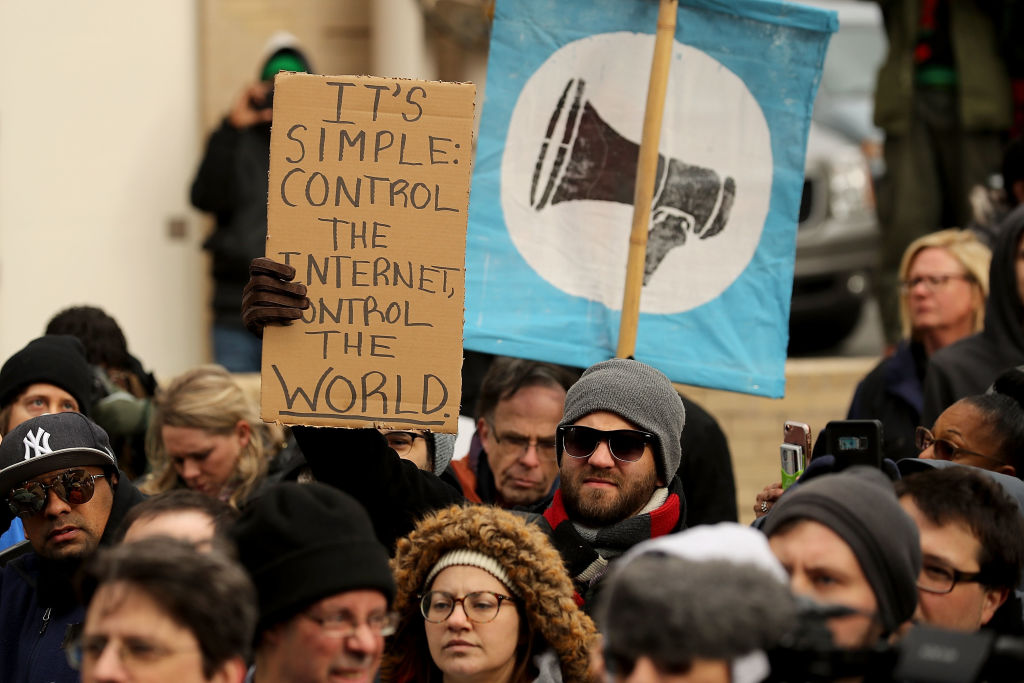 They will be able to charge more for certain sites. | Chip Somodevilla/Getty Images

In the same way that ISPs will be able to charge a company like Instagram more money to deliver its content, ISPs will be able to do the same to customers. You see, the more bandwidth a certain app or website uses, the more ISPs can charge customers for that sort of data usage. But keep in mind that ISPs may never overtly offer packages for social media or gaming sites. Instead, ISPs will once again slow down the buffering of certain sites as they offer faster packages to consumers.

True or false: It will be easier for new platforms to break through

False: Higher pricing from ISPs will make it harder for new innovations to break through 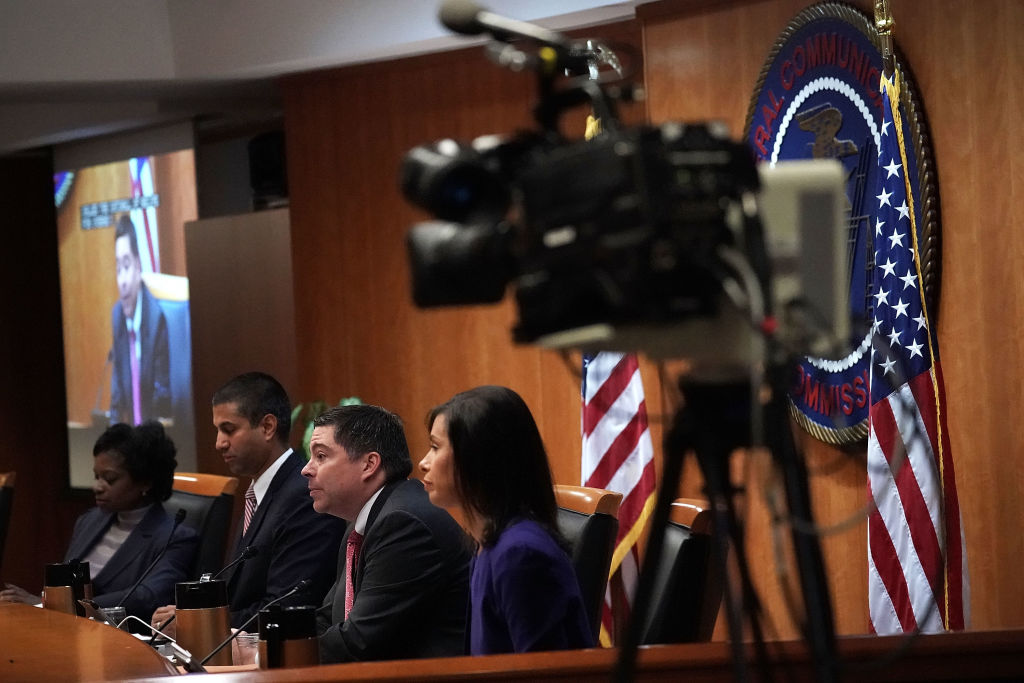 Many startups won’t be able to afford the upfront costs. | Alex Wong/Getty Images

One example from Vox is Myspace. Imagine if we were all still stuck using Myspace. Largely because of the net neutrality regulations that were in place, new innovations, platforms, and services have been able to break through, making life more enjoyable for consumers. With this repeal, many innovators and startups won’t be able to afford the fast lanes that allow new technology to properly operate.

True or false: The digital media industry will be forever changed. 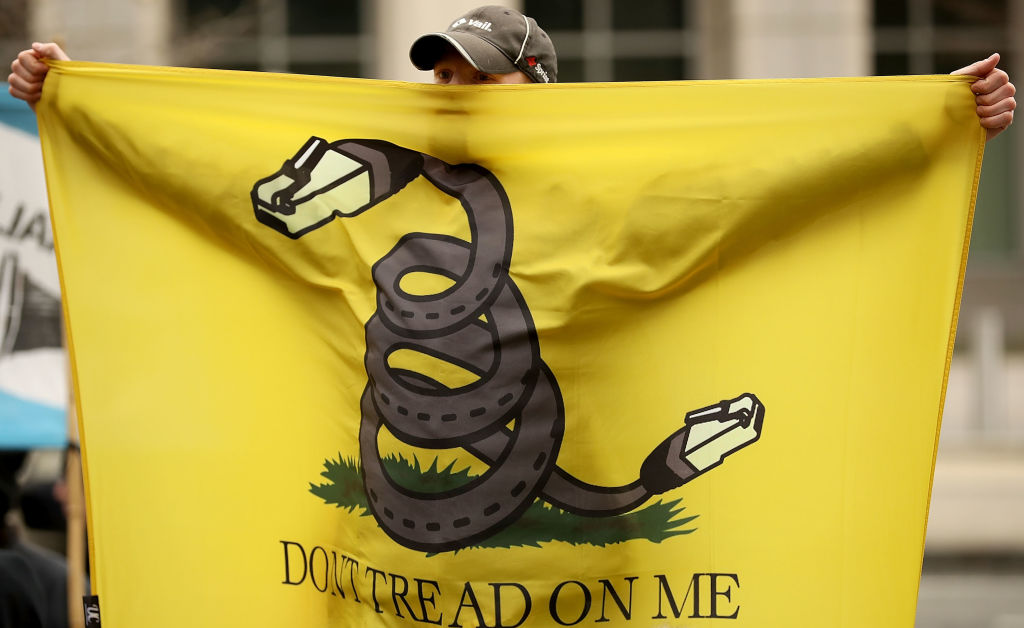 Damien Hoffman, CEO of digital media publication The Cheat Sheet, states that while it may not be completely clear if the net neutrality repeal will directly affect digital media publishers, it’s music, video, and imagery that will feel the bulk of the heat from ISPs. Furthermore, when it comes to controversial media content being withheld from the public, Hoffman believes that to be unlikely, as it challenges First Amendment rights of Americans.

True or false: There is not a single positive that can come from this repeal. 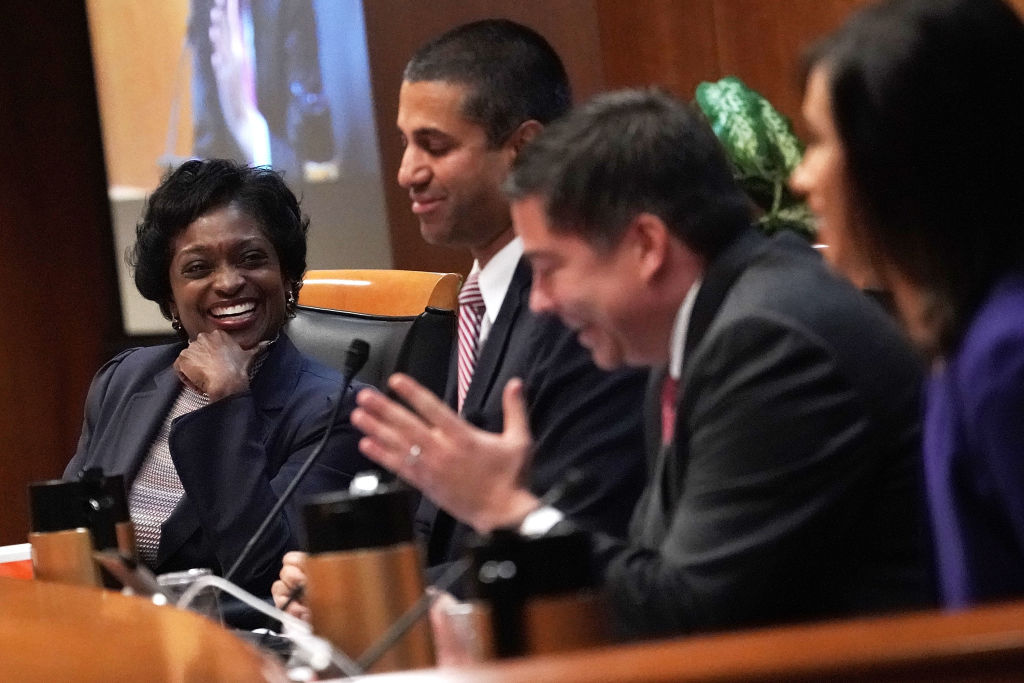 Overall, the repeal of the Title II net neutrality regulations stinks for everyone. The costs for both company and consumer access are likely to increase. But this doesn’t mean opportunities aren’t lurking. Hoffman believes, “This moment calls for an entrepreneur to mastermind a way to create truly open source ISP.”