These Retro Cars Want to Return to the Good Old Days

We’ve said it before, and we’ll say it again: There’s never been a better time to be a gearhead. Cars are faster, safer, and more efficient than ever before. Horsepower is as cheap as it has ever been, electric powertrains are getting more refined, and virtually every automaker is working to make traffic fatalities a thing of the past. For example, we live in an era where the refreshed 2018 Mustang GT will go from zero to 60 in less than 4 seconds, has a five-star National Highway Traffic Safety Administration safety rating, gets better fuel economy than the 2017 models, and starts at under $35,000. Compared to a car from just a decade ago, that’s incredible.

That’s the difficulty with long-serving nameplates: They’ll always be anchored to the past. No matter what direction automakers choose to take these models, they’ll always have to allude to their romantic glory days. Luckily, we’re also living in an era where companies have turned this into an art. So if you’re looking for a vehicle that recalls the good old days without the atrocious reliability, unsafe engineering, and terrible emissions of the bad old days, check out these 10 current and future models. 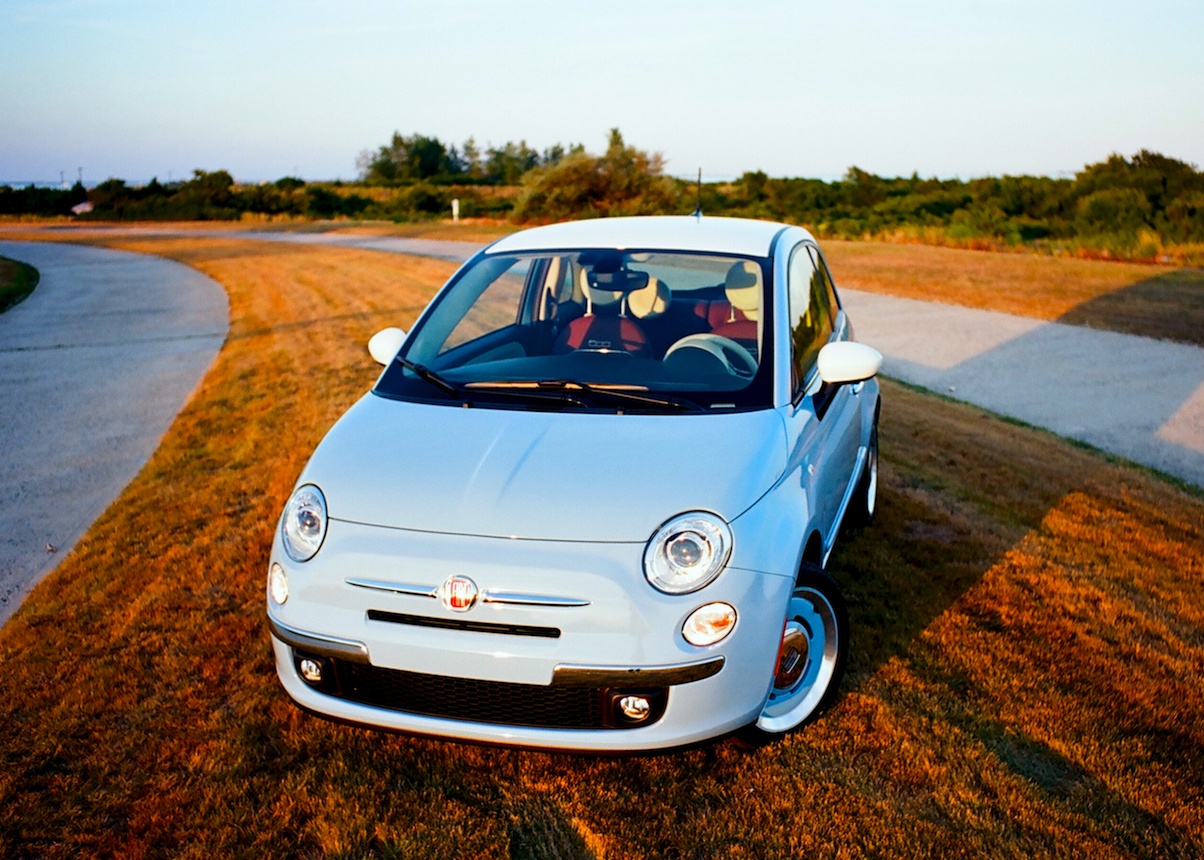 The original Fiat 500 was sold largely unchanged from 1957 to 1975. With nearly 4 million built, the cheap and cheerful runabout is widely considered to be the car that put postwar Italy on wheels. Exactly 50 years later, Fiat introduced the modern 500. Still cheap and cheerful, the current 500 is bigger and safer, but it’s otherwise very similar to its namesake. And now that it’s aging (it’s been barely updated in a decade), it looks like the modern 500 has a shot at matching the original’s 18 year production run.

Next: Modern as it is, this muscle car is stuck in the ’60s. 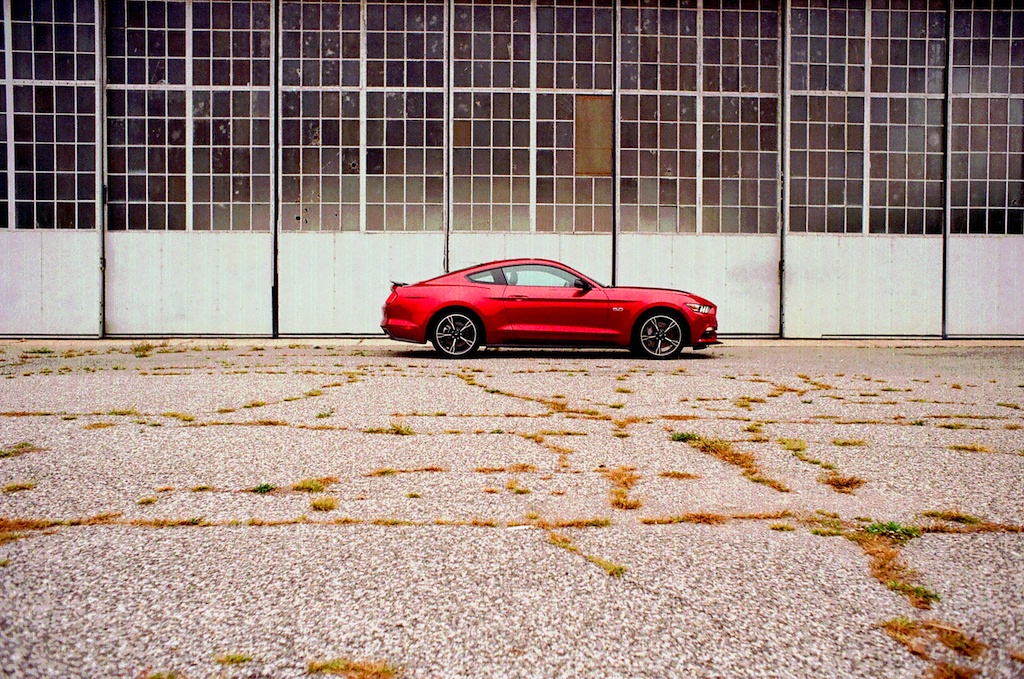 Today’s sixth-generation Mustang is a lot more modern than its retro-looking predecessor, but it’s still got plenty of 1960s DNA. With its iconic long hood/short deck proportions, fastback roofline, and protruding grille, the Mustang still owes a lot to the iconic 1969 model. We think Ford has perfectly blended classic design cues with modern technology. We suspect die-hard Mustang fans feel the same way.

Next: Chevy is stuck in the past — and we love it. 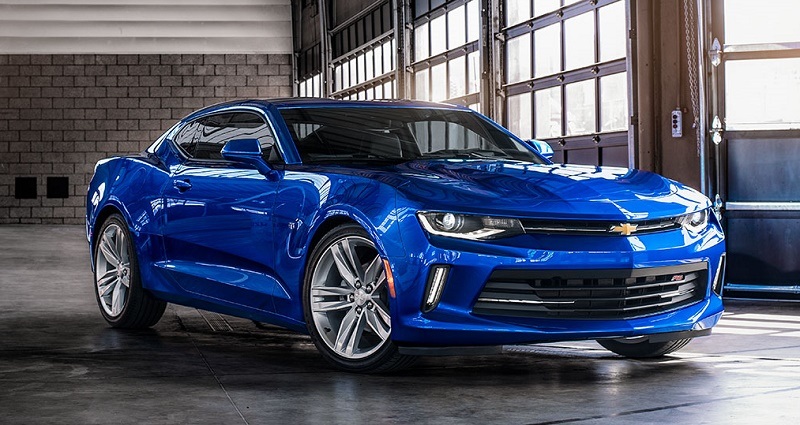 Speaking of 1969, if you polled most Camaro fanatics chances are their favorite Chevy muscle car came from that year. As a result, the past two Camaro generations owe a lot to the late ’60s car. Like the Mustang, the previous-generation Chevy was more of a traditional homage to the ’69. The current car is a thoroughly modern, fantastic performance car. But its Coke-bottle fenders, long hood, and beveled grille are still a throwback to the height of the muscle car era.

Next: Fiat goes back to the past again. 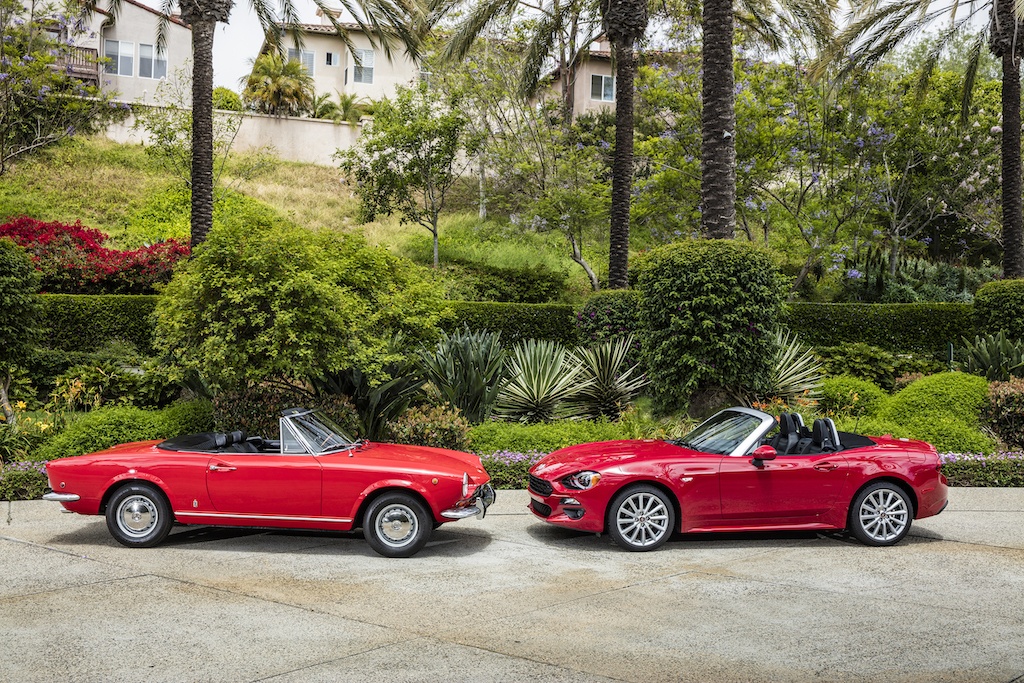 Under the skin, the new Fiat 124 Spider is essentially a Mazda Miata with a slightly larger engine. But its sheetmetal is a loving homage to the original Pininfarina-designed 124 Spider of 1968 to 1985. The new car isn’t a Pininfarina design (the firm responsible for countless classic Fiats and Ferraris), but it still screams Italian style. Better yet, the roadster starts at less than $30,000.

Next: Retro or timeless? 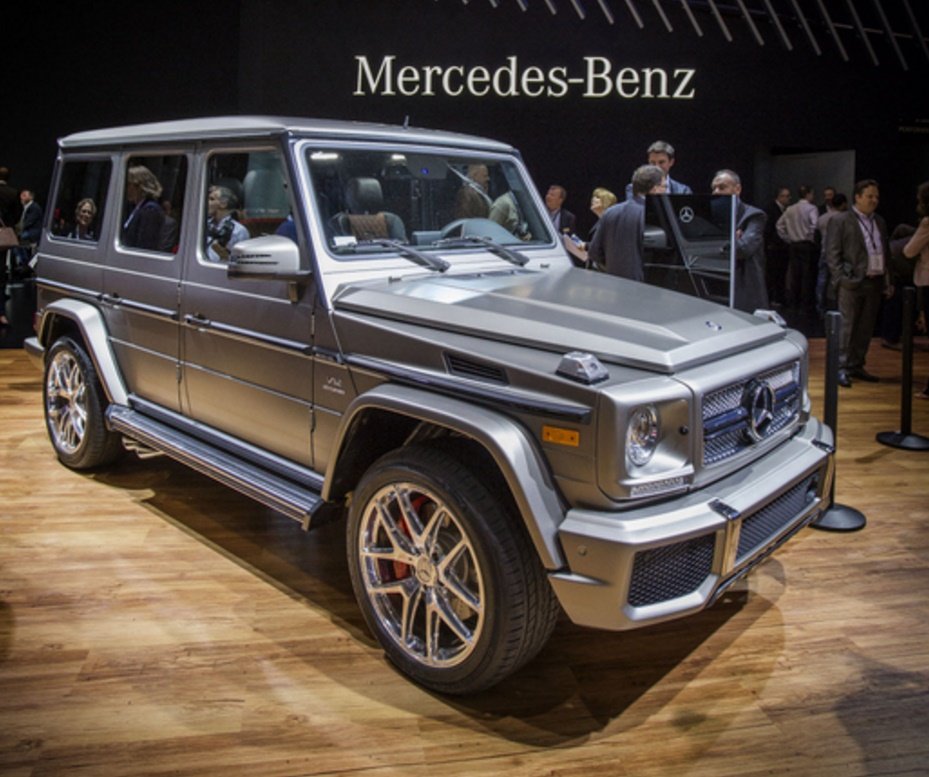 The Mercedes-Benz Geländewagen isn’t an SUV with retro styling; it’s actually been in production since 1979. Originally designed as a go-anywhere military vehicle, the G-Wagen has come a long way from its utilitarian roots. In the U.S. and Europe, the boxy truck has become an ultra-luxury fashion statement. In the hands of Mercedes’ in-house tuner AMG, the G-Wagen can be bought as a 621-horsepower, twin-turbo screamer — for $220,000 and up. But at this point, most will never see a minute off-road. The “base” G-Wagen starts at $122,400.

Next: This car has been in production longer than the model that inspired it. 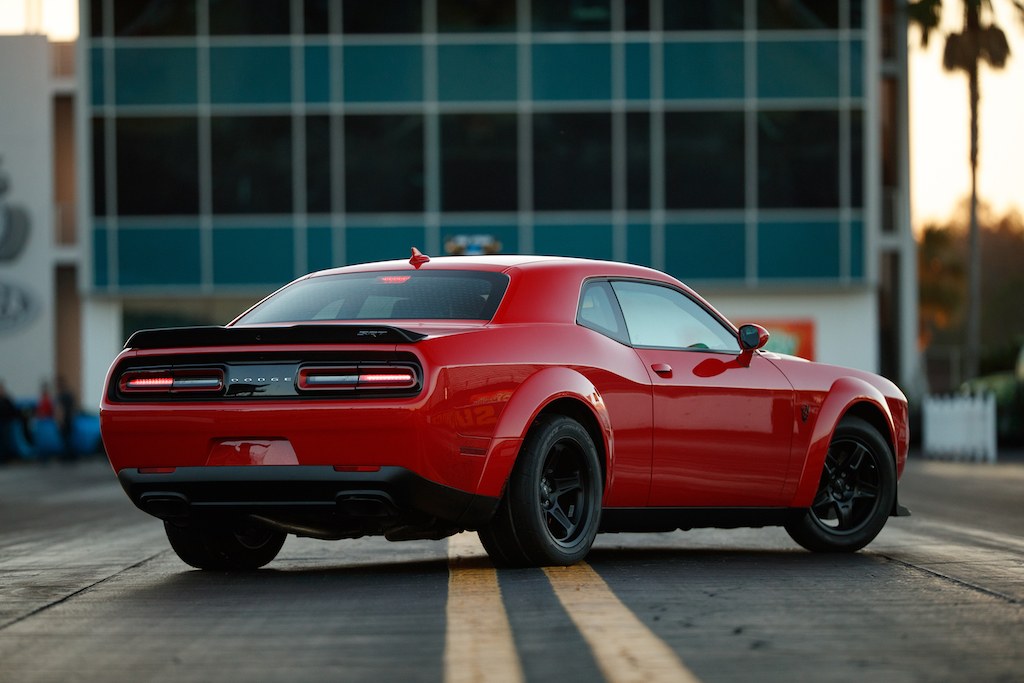 The original Dodge Challenger was only offered between 1970 and 1974. But that hasn’t stopped it from becoming muscle car royalty. Ironically, Dodge’s love letter to its muscle car glory days has now been in production more than twice as long as the original Challenger. But that’s fine. Buyers still can’t seem to get enough of the big coupes, and Dodge’s 840-horsepower Demon has redefined what a muscle car can be. Long live the Challenger.

Next: We can’t wait to see what this retro model will look like. 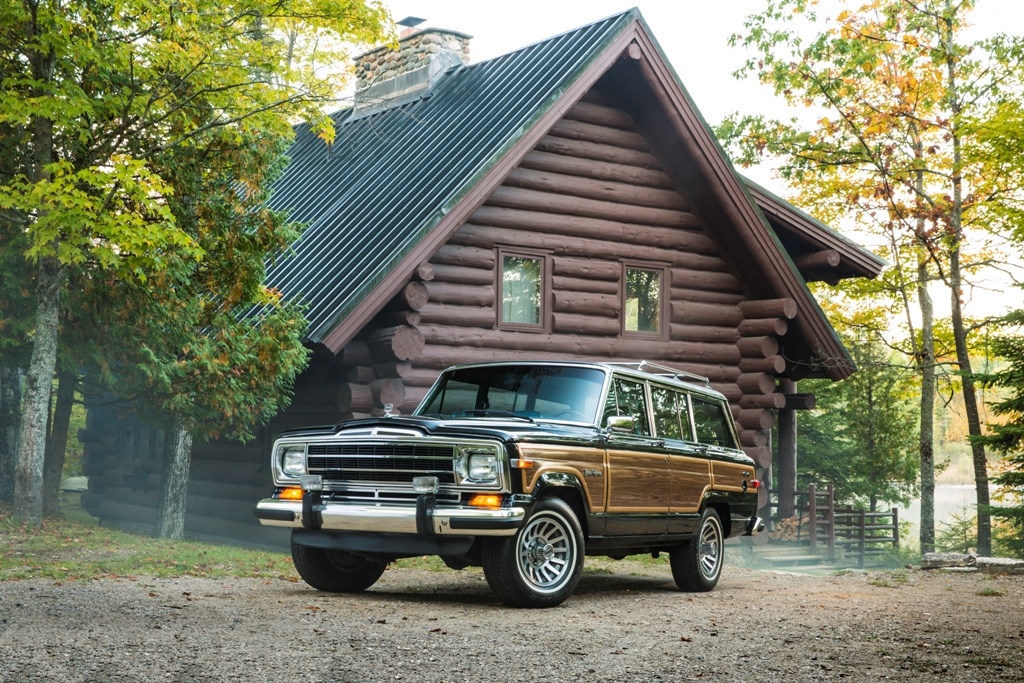 From 1963 to 1991, the Jeep Wagoneer was in continuous production, making it one of the longest manufacturing runs of any American vehicle. Back then, it was arguably the world’s first luxury SUV. Today, luxury SUVs are some of the most in-demand vehicles in the world. Unsurprisingly, Jeep wants to get back in the game. We don’t know much about what the 21st century Wagoneer will look like, but it looks like we’ll get a clearer picture closer to its 2019 launch date.

Next: This car is more retro than you might think. 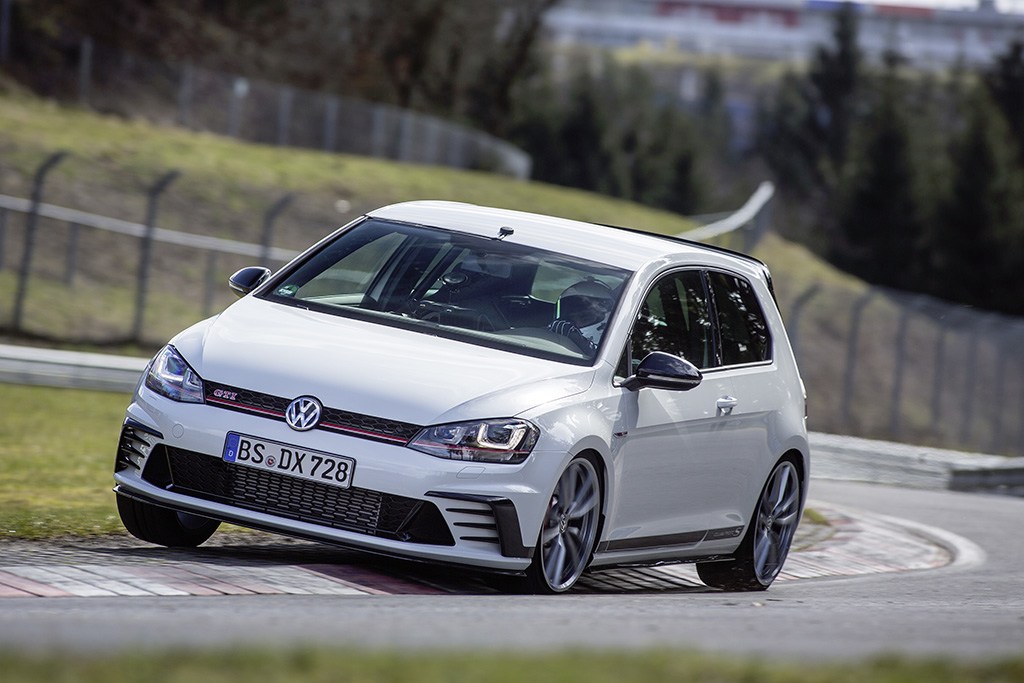 Since 1975, the Volkswagen GTI has been one of the best driver’s cars in the world. Unlike outright homages, such as the modern Beetle, the GTI seemingly doesn’t give off a retro car vibe. But look at the details: the red accent trim, golf-ball inspired shifter, and available plaid cloth seats. They’ve all been there since the 1970s. We can’t think of too many cars that maintain that kind of consistency. It’s just one of the many reasons why we love the GTI.

Next: This is one of the most anticipated new vehicles of the decade. 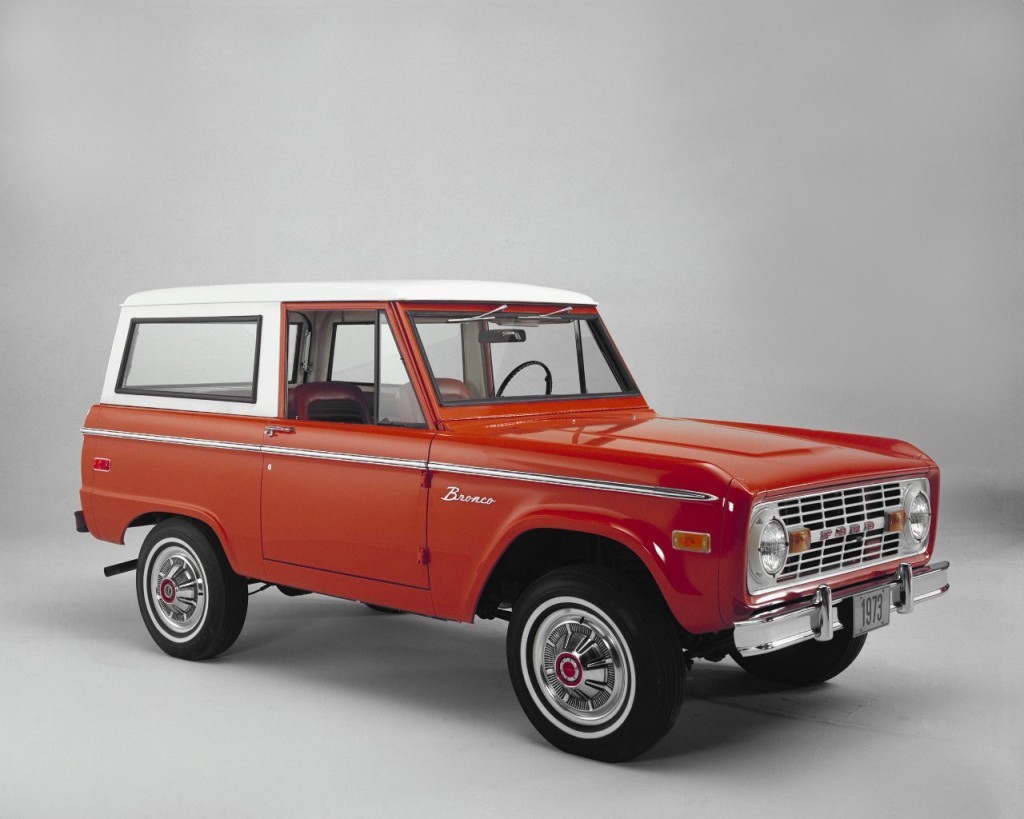 It’s difficult to overstate the interest in the soon-to-be-revived Ford Bronco. And while we know it’s going to be a four-door Jeep Wrangler Unlimited fighter, there’s still a lot we don’t know. But thanks to the Bronco’s iconic, go-anywhere past (and the boxy traditional styling of the rival Wrangler), it seems like going retro is Ford’s safest bet. If the automaker can pull this off — it’s slated to debut in early 2018 — it very well could have a hit on its hands.

Next: This icon is returning, with a twist. 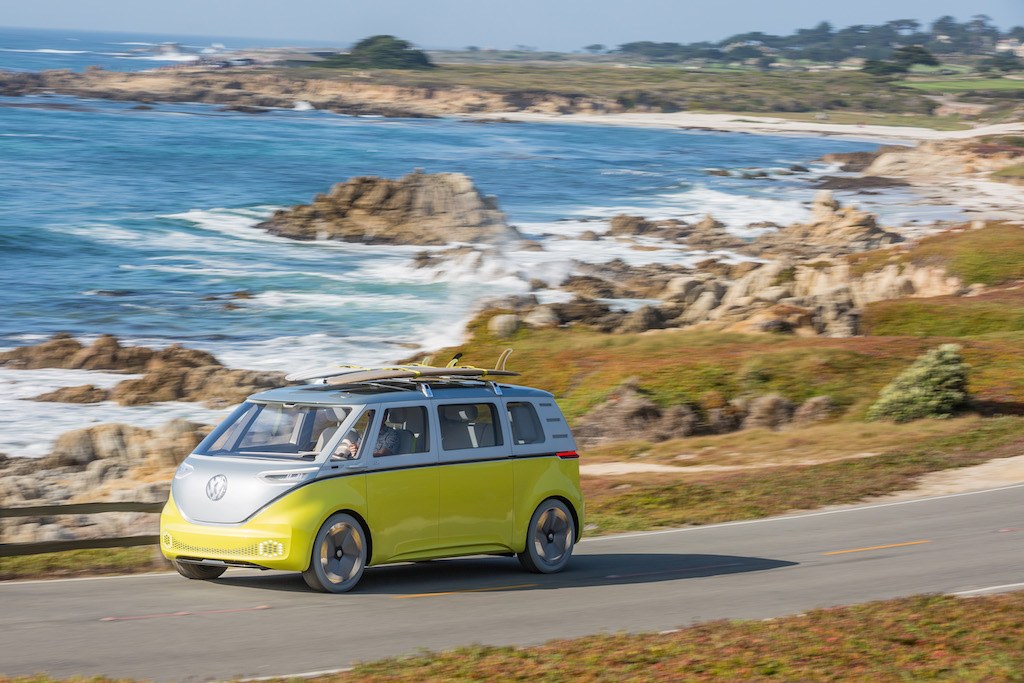 After the runaway success of the retro New Beetle in 1998, Volkswagen began teasing the imminent introduction of a new, ’60s-style Microbus. In the 20 years since, the company has teased no fewer than five Microbus concepts.

But this latest one is different: For one, this one (called the I.D. Buzz) is actually slated for production. Volkswagen has already released a number of details, namely that it will be all electric, produce 390 horsepower, and will have a range of around 270 miles. Provided things stay on track, look for this Microbus early next decade.