The Most Ridiculous and Aggravating Fees You’re Getting Scammed With

Even the most frugal consumers can halfheartedly justify paying the going rate for goods and services in a free-market economy. It’s just how the world works. But what many of us cannot comprehend is how our seemingly standard monthly bills we’ve succumbed to paying sometimes climb astronomically. Once we take a magnifying glass to the fine print, we realize it’s those ridiculous hidden fees that scammed us yet again.

Consumers are being squeezed from all angles. Airlines have it down to a science, but they’re hardly the only businesses that raid our bank accounts. We see it from restaurants, cable companies, phone companies, and more. Although all hidden fees are detrimental, these 15 fees are the most ridiculous.

You can walk into a building and be charged a facility fee. | iStock.com

There’s a new hidden fee showing its face to the world these days via doctors’ offices and health care centers. It’s known as a facility fee. For example, according to MarketWatch, an Illinois woman was handed a $235 fee — almost more than the doctor visit itself — for a charge under the ruse of a facility fee to cover general overhead charges. The report says “as doctors’ offices increasingly are being bought up by big hospital systems, patients are being charged facility fees of up to hundreds of dollars out-of-pocket without warning and without the ability to contest them.” But hospitals claim this is simply the price to pay for 24/7 access to health care services.

Next: Watch out for this sneaky car-buying fee.

Some car dealerships tack on an excessive preparation fee to cover their costs associated with preparing the vehicle for resale. This can include removing plastic, vacuuming, and adding fluids. However, you have room to haggle to remove this fee as it’s really just a dealer mark-up.

Consumer Reports says this is a hidden fee you should definitely avoid paying. “Most manufacturers pay dealers to remove the coatings and coverings that protect the vehicle during shipment and to clean up the car for you. There is no justification for you to pay the dealer again for this service.”

Next: An upcharge on your next romantic meal

Go to one old-school Italian restaurant, and you’ll find the food portions are actually suitable for three average eaters. So in your efforts to be conscientiously economical, you and your date decide to share a plate. But don’t be surprised to find an additional few dollars on your bill for split entrees.

The ethics debate for this extra fee is heated and ongoing, as restaurants are simply trying to make a profit. But still, customers see it as a nickel-and-dime scheme.

Next: Want a private phone number? There’s a fee for that.

It costs money to keep your phone number private. | NBC

Some phone companies charge a nominal monthly fee for you to have an unlisted phone number. That’s right. There’s a price to keep your personal contact information out of the public record. Yet, even with a private listing, somehow telemarketers still find ways to interrupt your dinner with unsolicited phone calls.

If you go over a data limit, that’s another charge. | iStock.com/fizkes

With all the crazy fees cellphone companies sneak into your monthly bill, it’s no surprise your plan costs almost as much as your car payment. Paying over $110 a month is not entirely uncommon, according to one survey of top wireless companies, such as Verizon and T-Mobile. It’s the extra fees that’ll really set you back, such as text message overages and early termination fees. Need to turn on a maps app for your next road trip? Watch out for hefty data overage charges.

Next: A standard practice now being passed off as a perk at the airport

6. Checked bags at the airport

Free checked bags used to be a standard practice. | iStock.com

Commercials advertise a free checked bag as a “perk” when you sign up for a membership club. Yes, signing up for the branded credit card might waive these unnecessary fees, but it’s just another loyalty scam. It’s actually a sly way to disguise what used to be considered standard practice that’s now passed off as a deal.

Other airline fees, such as cancellation and rebooking fees, have skyrocketed in recent years, too. Revenue from cancellation and change fees amounted to a whopping $2.9 billion in 2014, according to the Bureau of Transportation Statistics.

Next: A compounding delivery convenience charge

The delivery charge is a double charge that benefits the business only. | Evan Agostini/Getty Images

What’s the difference between a delivery charge and a tip for food that’s brought directly to your doorstep? Some people believe a delivery charge is supplemental to the driver’s tip. But GrubHub comes right out and says this charge is not intended for the driver in any way. This is actually a charge that goes back to the establishment — in addition to what it already received from your order. And though paying this double charge is undoubtedly frustrating for consumers, it also hurts the driver when disgruntled customers stiff the delivery driver in spite of the double charge instituted by the company.

Some fast food chains or eat-in restaurants can get away with charging patrons for extra sauce or dressing with their meals. Certain chains, such as McDonald’s, are franchises, meaning owners can set their own prices and practices. They say 15 cents here and 25 cents there for extra ketchup is their way of guarding against profit loss that comes with patrons who ask for extra but end up throwing away unused or unopened packets.

Savvy customers can avoid this ridiculous surcharge by using the drive-thru, according to Mirror. Employees are less likely to charge you for sauce that you ask for at the payment window rather than the ordering station.

Next: An entertainment convenience fee 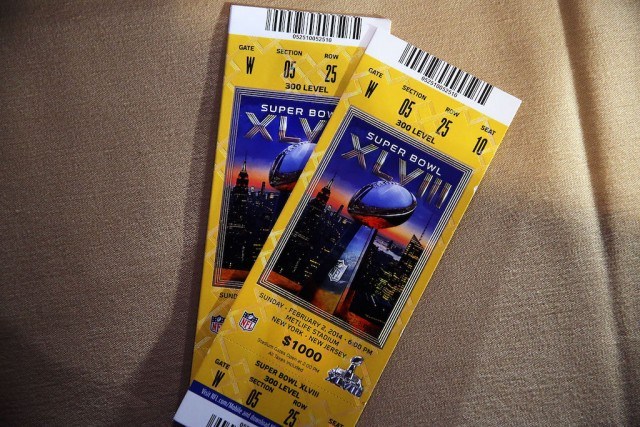 How convenient is the convenience fee really? | Spencer Platt/Getty Images

Convenience fees for ticketed events are often added to your bill per ticket, and the compounding charges are enough to make your blood boil. A $30 ticket to a concert or baseball game suddenly skyrockets to $41.50. Why so high? Service fees added to concert and sports tickets added up to more than $1.6 billion in 2015. But by the time you realize the surmounting damage, you’ve already committed to the purchase in your head. Companies are banking on the hope that you’ll concede to the scam. That final farewell tour is something you just can’t miss, right?

Next: Printing tickets in your own home also costs you money. 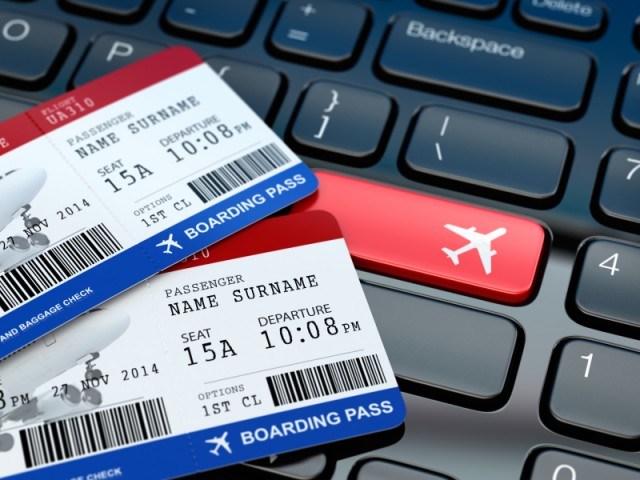 Even if you print at home, you’re charged a fee. | iStock.com

OK, so what if you decide to print your tickets at home to save a few trees, some card stock paper, and the lines at will call. That’s another $2.50 charge to use your own personal printer ink. Companies can get away with this because those who choose to print tickets at home are often last-minute purchasers in a rush to get to the event. Thus, they are more willing to accept the extra fee in a time crunch. Consumers can avoid this by planning ahead and opting to have tickets mailed to your home free of charge.

Next: The beef with cable companies

You’ll have to pay extra to cancel your TV service. | Andrew Burton/Getty Images

One fee we just can’t get over is the extra money cable companies require customers to pay to terminate their service. For example, DirecTV charges $20 for every month left on your two-year agreement just to get out from under its hooks. Then, if you successfully resist the last-minute freebies it tosses at you to remain loyal, it’ll slap you with yet another charge to turn off said service.

Next: How cable companies scam you with equipment fees

Another dumb cable company fee is the extra monthly charge for your TV equipment. In the world of Netflix, Hulu, and cord cutting, it seems cable companies would be doing all they can to keep current customers from suspending service and moving on with their lives sans reality TV. Instead, they choose to implement equipment charges on the very same boxes that are absolutely necessary for in-home service in the first place. And the kicker? Most times, you’re not even paying for new equipment. Some companies save a buck by using refurbished boxes and remotes for new customers.

Next: ATM withdrawals of your own money

The average U.S. household spends about $290 in extra bank fees each year, according to MarketWatch. The average out-of-network ATM fee is about $4.52. This means Americans must eat an extra 10% markup to withdraw $40 of their own cash, simply because a different bank outside their primary institution was more convenient to get to.

Next: Paying with a credit card means spending more money.

There are definitively benefits to paying bills online with a credit card, such as earning rewards points or the ability to see your entire spending history on your card statement. However, companies will include an extra “processing fee” to submit an online card payment. So yes, paying your rent or electricity bill with a Visa may be convenient for you timewise, but expect a note about an accompanying surcharge to process your payment after you’ve already entered all your billing information.

If you want an additional driver on your rental agreement, expect another fee. | FilmDistrict

It seems the daily rental fee, mileage, and age penalties if you’re under age 25 aren’t enough opportunities to scam paying customers. Depending on the type of car insurance you have, rental car companies will implement varying policies that could sneak up on you later. This means if you’re planning on sharing the driving responsibility among multiple people, you could get charged an additional hidden fee for every approved driver.