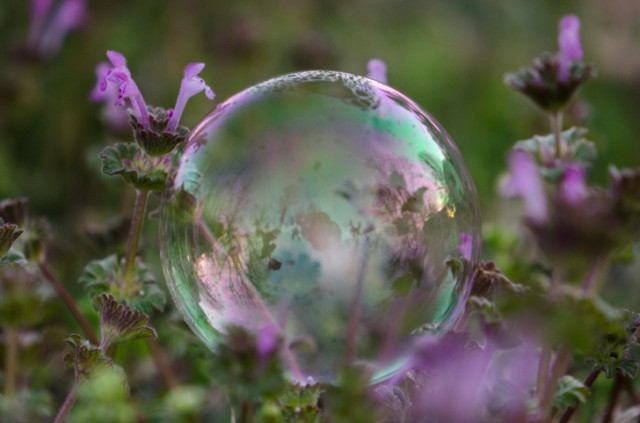 Monetary policy making — the management of interest rates to fulfill the objectives of price stability, maximum employment, and economic growth — is a lot like steering a large ship. Actions taken to change course lag. The ship doesn’t turn the moment the rudder moves, it takes time for the action to actually translate into movement. So in steering the monetary policy ship, policymakers need to make decisions well in advance of when they expect to see the impact of those decisions in the economy. For example, if the Fed wants to curb the aggressive financial gamesmanship rampant in the current low-rate environment, it will need to act months in advance of when it wants to see a change in market behavior.

In a speech delivered at University of Southern California, famous protestor of monetary policy accommodation Richard Fischer, chief of Federal Reserve Bank of Dallas, spoke about the risks emanating from maintaining a loose monetary policy — that is, of not turning the ship after maintaining the same heading for so long.

“I believe we are at risk of doing what the Fed has too often done: overstaying our welcome by staying too loose too long,” Fischer said. “We did a good job in staving off the deflationary and depression risks that were present in the aftermath of the 2007 – 09 financial crisis. We now risk falling into the trap of fighting the last war rather than the present challenge. The economy is reaching our desired destination faster than we imagined.”

One of the biggest risks, Fischer pointed out, are yield hunters. These are investors and money managers who are out on the prowl, looking to maximize returns in a challenging investing environment. “When money is dirt cheap and ubiquitous, it is in the nature of financial operators to reach for yield,” Fischer said.

The way the Fed is making money cheaply available is by buying Treasury assets and mortgage-backed securities. The Fed is paying for these assets with reserves under what is called a large-scale asset purchase program, or quantitative easing. This injects liquidity in the economy. Also, keeping interest rates zero bound makes credit easily available by reducing its cost. This low-cost liquidity can be used by financial intermediaries to lend to businesses, which can then invest in productive capital expansion or to repair a balance sheet at relatively low cost.

But this liquidity can also be used to feed speculation and investment in riskier assets. Accommodative monetary policy “enhances the appeal of things that might not otherwise look so comely. I have likened the effect to that of what is called ‘beer goggles,’” Fischer said. Accommodative policy has set off an increase in the price of financial assets and the fear is that this could give rise to asset bubbles. According to Fischer, there are signs of “irrational exuberance” emerging in the U.S. economy already.

For example, the price-to-earnings, or P/E, ratio for stocks was recently among the highest reported since 1881. The market capitalization of U.S. stocks as a fraction of our economic output has been at its highest since the record set in 2000. Margin debt is setting historic highs. Junk bond yields are at record lows, signaling investor appetite for these bonds, and the spread between them and investment-grade yields are ultra-narrow, according to Fischer’s estimates. Even scarier, covenant-lite lending is back as an attraction. The price of collectibles, always a sign of too much money chasing too few good investments, was arching skyward. They all indicate a tendency to park money in high yield and essentially high risk investments among investors.

“We must monitor these indicators very carefully so as to ensure that the ghost of ‘irrational exuberance’ does not haunt us again,” Fischer said. The phenomenon of irrational exuberance was seen in the housing markets since the early 2000s, when housing prices rose without substantial underlying improvements in the sector. There were no good reasons for prices to rise exponentially, but few investors questioned the celebrations of inflated valuations and asset prices.

Fischer believes the job of monetary policy accommodation is almost done as economic indicators show sustainable improvements. At 6.1 percent in June, the unemployment rate targeted by the Fed has arrived a full six months ahead of the schedule. The U.S. Bureau of Labor Statistics’ JOLTS (Job Openings and Labor Turnover Survey) data indicate that job openings are trending sharply higher and wages have increased. The number of job openings increased to 4.6 million in May from 4.5 million in April, BLS data showed. Prices are slowly moving upwards along the lines of Fed’s expectations of 2 percent.

“One has to bear in mind that monetary policy has to lead economic developments,” Fischer said. “Monetary policy is a bit like duck hunting. If you want to bag a mallard, you don’t aim where the bird is at present, you aim ahead of its flight pattern,” he added. He is of the opinion that monetary policy cannot be tightened at a later point, when it is found that the economy is growing faster than was earlier expected. Tightening at that point may put the economy back into recessionary phase.

The last risk that Fischer spoke about is being seen as politically compliant to a bad fiscal policy. An accommodative monetary policy makes it cheaper for the government to borrow as well, thus encouraging fiscal profligacy.

“At some point you cross the line from reviving markets to becoming the bellows fanning the flames of the ‘Booming and Bubbling,’” Fischer said. “I believe we have crossed that line. I believe we need an adjustment to the stance of monetary policy. I believe the time to dilute the punch is upon us,” he added.