Rosengren on Tapering: No Time Like the Present to Wait 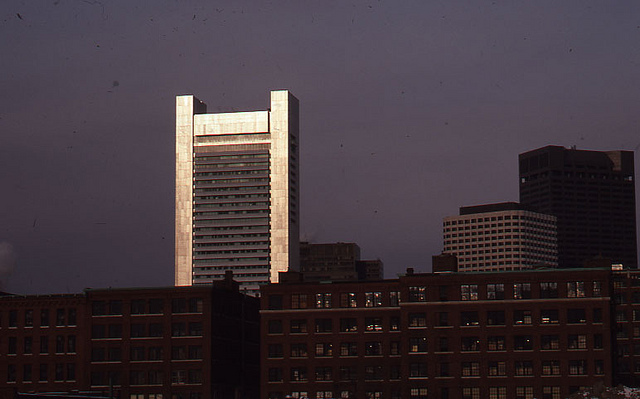 Eric Rosengren, president of the Federal Reserve Bank of Boston, has his eyes on the prize, and it isn’t the city’s World Series trophy — it’s data. ”Monetary policy should, of course, respond to the actual state of the economy and incoming indicators, as well as the progress made to date — in other words, it should be data dependent,” Rosengren said in a speech at the University of Massachusetts in Boston on Monday.

His comments about the program being data dependent echo those of St. Louis Fed President James Bullard’s remarks. Bullard also called tapering a “data dependent program” when he appeared Monday on CNBC‘s Squawk Box. Tapering is the colloquial term for when the Fed will begin to scale back its $85 billion per month bond-purchasing program.

However, Rosengren’s audience differed from Bullard’s, allowing Rosengren the opportunity to provide more data, charts, and details as to why now is not the time to taper, even if the Federal Open Market Committee “sees the improvement in economic activity and labor market conditions since it began its asset purchase program as consistent with growing underlying strength in the broader economy.”

Rosengren noted how focused the markets are on watching the Fed for the decision to taper. The Fed certainly planned to take into account the economic conditions of the period during which it announced tapering, but “start dates differing by a quarter or two would generate only relatively small changes in the overall size of the Fed’s balance sheet. That is certainly one reason for being patient — waiting until evidence of a more sustainable recovery is more clear-cut — before beginning any reduction in the size of the purchase program.”

Waiting for better data is imperative for Rosengren. During the remainder of his speech in Boston, he laid out how the economy has improved but not improved to standards where the Fed feels it can responsibly begin to slow bond purchases.

Particularly troubling is the unemployment rate. Rosengren compared the most recent recession to the three that preceded it.

For the previous three, employment returned to peak levels within two years. This has not occurred in the most recent recession, which was more deeply felt. At 7.2 percent, unemployment is also above the 6.5 percent, Fed-set “threshold” for when it will start tapering. Rosengren personally sets a “’full employment level of unemployment’” at 5.25 percent, which he admits is higher than rates set by others in the central bank. 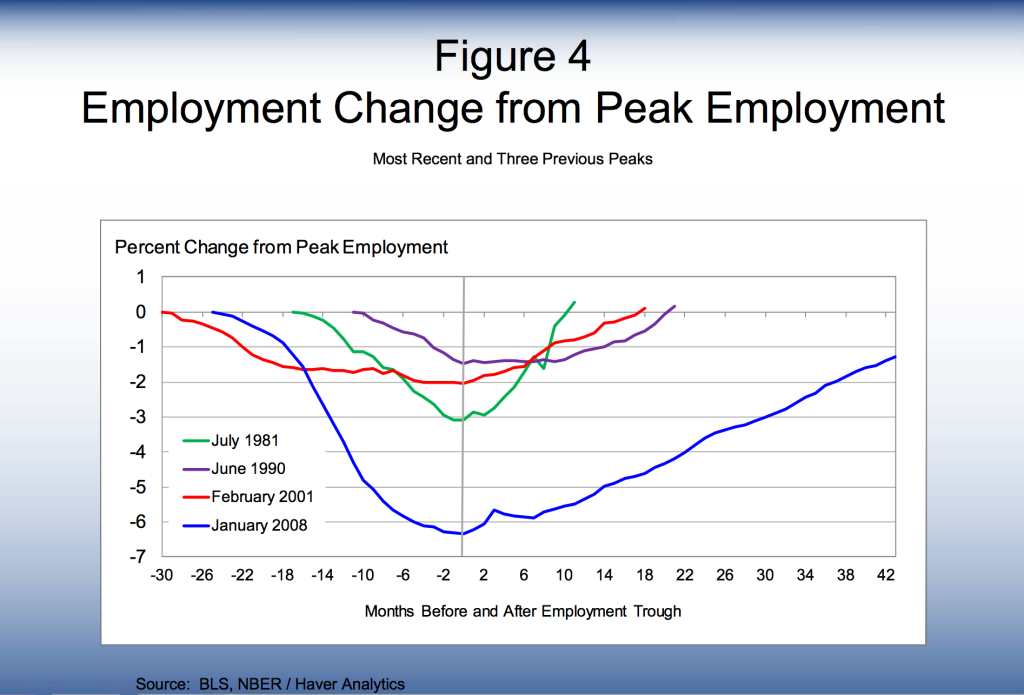 Getting to either number will be tough, according to Rosengren, because economic growth has been hampered by “significant fiscal retrenchment,” a feature of the recovery he finds ”unusual.”

The Boston Fed president cited Congressional Budget Office figures that pin an austerity-induced gross domestic product growth reduction at a loss of 1.5 percentage points. More charts showed that, in spite of the retrenchment, the average 2.2 percent of growth is attributable to home investment and auto sales.

“What has been more striking is that fiscal policy has become more restrictive,” Rosengren said Monday, “even though we have not seen the improvement that one normally sees over the past two years of the recovery.”

In his view, the lack of improvement has stymied efforts to bring the economy up to speed, and it will continue to have long-term effects. “At a growth rate of 2.8 percent, we do not attain 5.25 percent unemployment until the end of 2018,” Rosengren said. The assumed GDP growth rate is lower than this, at 2.1 percent, but Rosengren went on to argue that even if growth exceeds expectations, it is unlikely it will do so at a pace that will take peak employment to pre-recession levels.