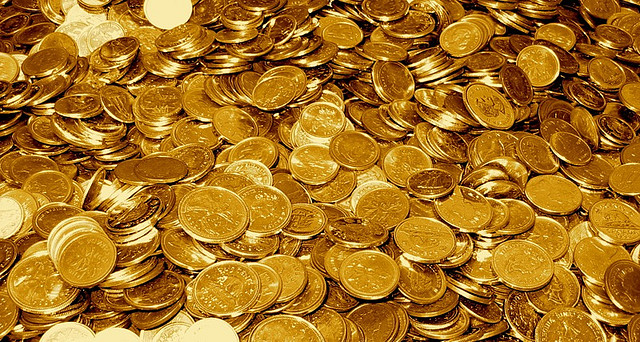 On Tuesday morning we learned that Royal Gold (NASDAQ:RGLD) bought a streaming agreement on Rubicon Minerals’ (AMEX:RBY) Phoenix Gold mine in Ontario, Canada.

The Phoenix Gold Project is a deposit of roughly 3.3 million ounces of underground gold on Rubicon Minerals’ 100-square-mile property in the Red Lake mining district in Canada. It is supposed to go into production either later this year or early next year — depending on how long it takes the company to build the mine — and it will average 165,000 ounces of annual production for the next 13 years.

In exchange for this help in constructing the Phoenix mine, Royal Gold will receive 6.3 percent of any gold produced up to 135,000 ounces (a total of 8,505 ounces), and 3.15 percent of any gold produced afterwards. Thus presuming that the mine goes forward as planned, Royal Gold will receive about 5,200 ounces of gold annually for the life of the mine.

Royal Gold will get this gold at a fourth of the spot price of gold. This is an unusual agreement for Royal Gold but one that makes sense. Normally Royal Gold makes deals that give it the right to get gold for free or to buy the gold at a fixed price. For example, the company’s largest streaming agreement is on Thompson Creek’s “TC” Mt. Milligan mine, and Royal Gold gets to buy 52.25 percent of the gold produced there for $435 per ounce.

The reasoning behind this new sort of deal is fairly intuitive. Royal Gold will make a profit on the gold mined at the Phoenix mine regardless of the price. At the same time Rubicon Minerals retains exposure to the gold price despite the fact that it is selling some of this gold forward in exchange for the financing it needs in order to build the project.

In all, this deal is a “win-win” for the two companies involved. Rubicon Minerals doesn’t lose very much of its leverage to the gold price, while it is able to fund the construction of its mine without punitively diluting shareholders or issuing debt at what would almost certainly be a punitive interest rate.

Specifically, if Rubicon Minerals finds any more gold on its 100-square-mile property, Royal Gold will retain the right to buy 3.15 percent of it for a fourth of the gold price at no additional cost. The Phoenix gold mine is located in the Red Lake district of Ontario, which has a long history of gold mining and exploration success.  Gold has been mined here for more than 90 years, and during that time frame over 23 million ounces of gold have been produced.

Ultimately, as a Royal Gold shareholder, I am very happy that this deal is taking place. I would not buy shares in either company at current prices because the shares of both companies have run up so much. Royal Gold is already up 35 percent this year and Rubicon Minerals is up 70 percent.  However, I think these two stocks should be on the radars of gold bulls. More risk-averse investors should look at shares of Royal Gold, and more enterprising investors should consider a position in Rubicon Minerals.