Russian Stocks: Should You Go There? 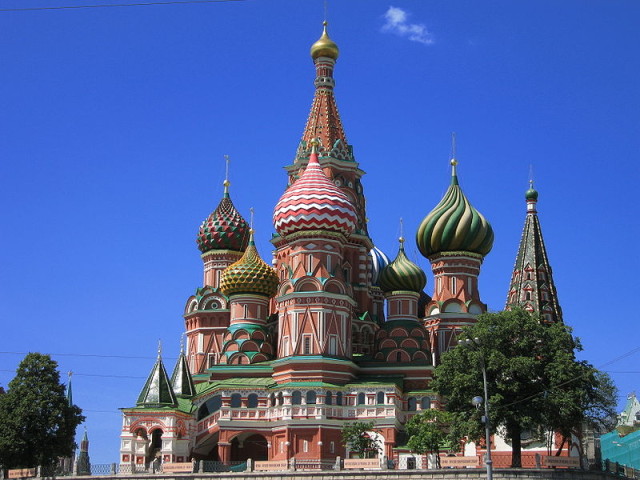 Many westerners don’t want to own Russian stocks. Russia was the nexus of the world’s leading socialist power only a generation ago, and capital markets are antithetical to socialism. However, this prima facie disparity has created an excellent opportunity for investors who are willing to take the risk. Since there is a lack of interest in Russian stocks, they are dirt cheap. Consider that the S&P 500 trades at 23-times earnings and at 4.6-times book value. This data is as of January 17 and is taken from the iShares S&P 500 ETF (or, IVV) data.

Compare this to the Market Vectors Russia ETF (NYSE:RSX), which trades at 6.4-times trailing earnings and at 0.89-times book value. Thus, Russian stocks trade at approximately a 75 percent discount to American stocks. Even if you are concerned about corruption or lingering socialism, you would have to price in a lot of negativity to turn down such a cheap valuation.

But valuation isn’t the only reason to consider Russian stocks. Russia’s economy is very attractive, according to several metrics. First, the Russian government has done an excellent job sticking to a fiscally responsible path. Russia has very small budget deficits and minimal total debt. This is probably due to the nations crisis in the late 1990’s when inflation was rampant and interest rates topped 200 percent – fear of a repeat crisis has kept the Russian government very conservative.

Second, Russia’s GDP and GDP per capita are growing rapidly. This is in large part due to the nation’s exceptional commodity production. Russia is a leading producer of oil, natural gas, wheat, palladium, and nickel. As a result, Russia has excellent trade relations with the rest of Europe, and perhaps more importantly, with China. Further, while Russia is not a leader in other industries, it has developed a manufacturing capacity far superior to that of the former Soviet Union.

While it is unlikely that Russia is going to be a leading exporter of automobiles and electronics in the foreseeable future, investors in shares of Russian manufacturers will benefit from the rising standard of living.

Third, given Russia’s commodity production, it has developed a significant trade surplus, which has lead it to build up substantial foreign exchange reserves in excess of half a trillion dollars. It has also accumulated several hundred tonnes of gold. This bodes well for the future of the Russian Ruble and assets denominated in Rubles. As Rubles become more valuable, Russians who earn and save in Rubles will be able to purchase more consumer goods and invest more capital.

Of course, these benefits to investing in Russia are not without risk. But I don’t think the risks are what one would assume — i.e. corruption and socialist and redistributive policies. These risks are present in Russia, but they are diminishing as Russia becomes more capitalistic. Further, investors who avoid Russia for these reasons need to keep in mind that corruption and redistributionist policies can be found in virtually every country.

However, there is one risk that needs to be mentioned. Russia’s demographic situation is terrible from an investment standpoint. Russians are old and getting older. Furthermore, the Russian population is shrinking. These two facts imply that, going forward, Russians will not be as productive as they are currently unless they can increase their productivity per capita at a greater rate than that at which their working-age population is shrinking.

American investors who are interested in owning Russian stocks can buy an index fund, such as the aforementioned Market Vectors Russia ETF, or the Market Vectors Russia Small-Cap ETF (or, RSXJ), which holds small-cap stocks. The RSX holds large companies and it has a lot of exposure to the large oil, gas, and mining companies that are leading Russia’s export boom. The RSXJ has more exposure to utilities, consumer goods producers and manufacturers that sell to Russians . I should also note that the RSXJ is extraordinarily cheap, as it trades at just 4.7-times trailing earnings and at just 0.53-times book value.

Ultimately, Russian companies lack the stability and familiarity that we ascribe to American companies, and for this, the former should trade at a discount to the latter. But Russia has many things going for it such as a strong fiscal policy, a trade surplus, and easy access to trade partners in Europe and Asia, which lead me to the conclusion that maybe this discount shouldn’t be so acute. I think the time to get in to Russia is now — before other investors figure this out and Russian stocks begin to rise.