Ryan Holiday: Ego is Your Enemy, and Here’s How to Defeat it 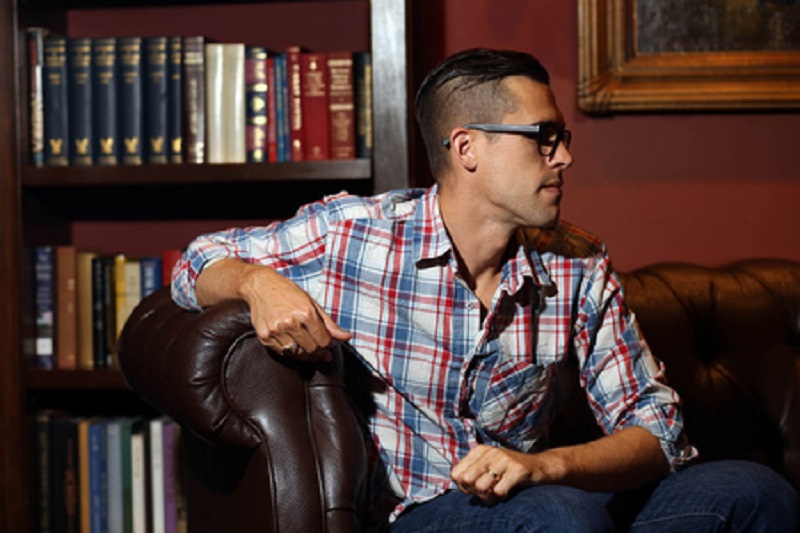 Ryan Holiday is quickly and efficiently carving out a place for himself among America’s literary heavy-hitters. The 29-year-old has already published a number of books, and has famously held high-ranking positions at some of the country’s top companies, like American Apparel. Though he dropped out of college at 19, he’s managed to find success as a writer and thinker, having spent time among other writers like Robert Greene and Tucker Max.

Now as the Editor at Large of the New York Observer — in addition to being a speaker and author with a growing following — Ryan Holiday is using Stoic philosophy, among other things, to try and help others find solidarity and traction in their careers and personal lives. His most recent effort, Ego is the Enemy, recently hit the streets and takes aim at one critical thing many of us tend to overlook: our often trumped-up ideas of how important we are.

Ryan Holiday and the power of ego

The follow-up to his last effort, The Obstacle is the Way, Holiday drills deep into our psyches to get at the inflated sense of self-importance that seems to have a firm grasp on many people. Not only does he use numerous real-world examples from the past and present, Holiday’s analysis of ego’s destructive nature can even help you start picking apart potentially dangerous or destructive people in our own lives — be they family members, colleagues, or even presidential candidates.

Holiday took some time to speak with The Cheat Sheet about Ego is the Enemy, and to dig into the details of the book in addition to sharing the secret to keeping your own ego in check. Here is our conversation.

Ego is the Enemy by Ryan Holiday | Penguin Random House

The Cheat Sheet: What’s it like to try and temper your ego, while having just released a book and dealing with all the attention and press that comes with that?

Ryan Holiday: There’s a chapter in the book about having to detach yourself from the outcome. You don’t control the outcome, you control the effort that goes into the outcome. I’ve been planning this launch for months, working at it. And I think that I did everything right — and then there was a horrific terrorist attack in the United States (Orlando night-club shooting). So, you never know what might happen that can disrupt news cycles, or change people’s priorities. A family member of mine could have died, or my house could have burned down. All these things that can happen that can interrupt even the best-laid plans.

If you would like to be a creative person and a sane person, you cannot have some external result in what determines whether you’re proud, or happy, or satisfied. So, you have to do a lot of work to get to a place where you’re saying to yourself, “This is a success to me, regardless of how many copies it sells.”

CS: When you write about “ego,” you don’t mean the Freudian definition. Can you tell us what you mean by “ego”?

CS: Are there different types of ego? Is one worse or better than the rest?

RH: Ego manifests itself very differently depending on where you happen to be in your life. The oversized ego of a teenager who’s never done anything will be very different than the ego of a leader who holds absolute. The ego of someone who’s just lost everything — say, their business imploded or they just declared bankruptcy — the ego of someone who’s failed or is going through crisis, that’s going to be a third type of ego. Ego is not just, “Oh, that guy thinks he’s the best.” It’s much more complicated than that, and that’s why you need to understand what it is, and be on guard against it at each different stage of your life.

CS: What are the differences between ego and pride, or confidence?

RH: The biggest way, and this is a quote I have in the book from Frank Shamrock who’s one of the pioneers of MMA, he was saying, “Confidence is earned, it’s based on what’s real. Ego is what we bring to things.” He says it’s what we think we’re entitled to, or want to be true.

So, I would say that confidence is not synonymous with ego, it’s actually the midpoint between, say, extreme delusional ego and self-loathing or self-hatred. I would say confidence is in the middle. I don’t think they’re synonymous; they’re profoundly different. You have to believe in yourself, but if that belief isn’t based on your track-record, or your skills or talents, then what is it based on?

CS: Is this a fair summation of the book, in one sentence: Shut up, put your head down, work hard, and expect nothing?

Think about what a stock buyback is…essentially what a stock buyback is the CEO or board of directors is looking at the price that the market is valuing their company and saying, “Actually we think you’re undervaluing who we are.” So, if you’re making that decision out of ego, if you have a delusional sense of your own self-worth, then you are doing something very dumb by risking the company’s financial security. You’re spending your cash reserves to validate a delusion you have about yourself.

But, in the case of Washington Post where Katharine Graham and Warren Buffett bought back hundreds of millions of dollars of the Washington Post Company — I think they bought at like $20 per share, and it ended up being worth $300. So, when you’re doing that, that’s the difference between confidence and ego. If you have an objective analysis that’s supporting it, that makes total sense.

The problem is that that’s often not what people are doing.

CS: You write that the book is “an uncomfortable self-examination.” Do you think this will a tough book for people to handle, in that sense?

RH: I think it’s going to be tough in the sense that, unlike a lot of self-help books, I’m not telling people what they want to hear. I’m telling them what, deep down, a lot of us know we need to hear. One of the next parts of building an audience, if you manage your career right, you can start to take risks. I’ve developed a bit of a platform and track record, so I’m confident that this book will find an audience, and that my audience will give it a chance that will allow it to live and find its way in the world.

Now, that’s different than writing some book that’s radically out of step with what audiences want and magically doing the opposite of what they normally do. I think we all know ego is a problem, and we’ve all fought against ego in our own lives. We know that it’s something we need to do.

CS: You also write that a good strategy is to “stay happy, stay hidden.” You also say that we have a distinct lack of examples of that. Even so, can you name any?

RH: Someone like George Marshall, who’s a hero of mine, the author of the Marshall Plan and was the architect of the logistical victory of the second World War. The reason he’s not as famous as Eisenhower or MacArthur, or Patton — he turned down a million-dollar offer to write his memoirs. He felt like writing it would force him to say negative things about other people, and he didn’t want to do that. He didn’t keep a diary during the war because he felt like it would make him “perform” for history, rather than doing the best possible job and making the difficult decisions when [he] needed to make them.

So, you have this man who is, in many ways, the antithesis of the glittering general that was MacArthur, but in many ways accomplished far more. Yes, it’s a little sad that the rest of the world doesn’t know that, but you can’t argue about what he actually accomplished.

CS: If someone starts to sense that their ego is getting a little inflated, what can they do to calm down, or give themselves a reality check?

RH: Pursuing things that challenge that ego, so you’re forced to look at it from different perspectives. Many of us don’t do that, especially when we’re successful. How many CEOs or celebrities out there only interact with people who work for them, and are thus dependent on them? How often are they challenging themselves both intellectually and physically? If you’re doing that — challenging yourself — you’re forced to get a bit more balanced.

I think that being around nature — feeling very small is important. Exerting yourself in a physical capacity is great too. Taking a minute to “not do.” When you’re working on something, it’s easy to feel like that’s the most important thing in the world. But it’s when you stop and look at it, that you can get some more perspective and look at it more objectively.

Ryan Holiday’s new book Ego is the Enemy is available now. You can also check out his website for more of his work, and sign up for his monthly book recommendation email.