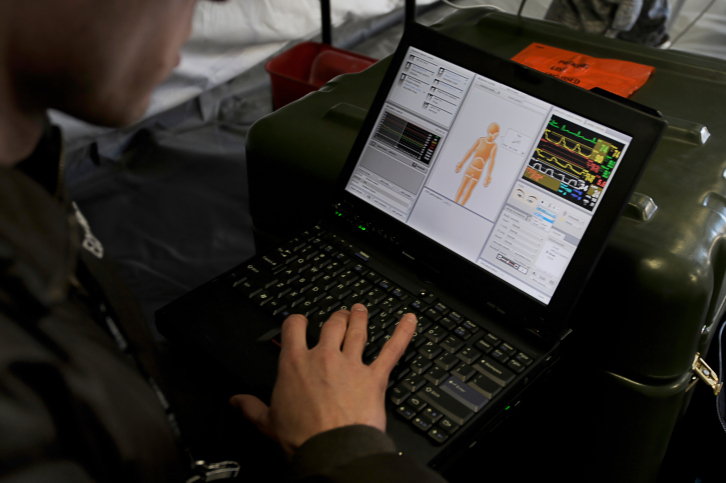 Science Applications International Corporation (NYSE:SAIC) caught my eye as I noticed it beat earnings estimates on both the top and bottom lines for its most recent quarter. This is interesting considering it contracts with the United States government, which has been cutting its spending. This company specifically provides technical, engineering, and enterprise information technology (IT) services in the United States. Its technical and engineering solutions include engineering and maintenance of ground and maritime systems, logistics, training, and simulation, as well as operation and program support services. The company’s enterprise IT solutions comprise end-to-end enterprise IT services, including the design, development, integration, deployment, management and operation, sustainment, and security of the clients IT infrastructure. It serves the U.S. Military comprising Army, Air Force, Navy, and Marines; the U.S. Defense Logistics Agency; the National Aeronautics and Space Administration; the U.S. Department of State; and the U.S. Department of Homeland Security. The stock is now at its 52-week high and I see it climbing higher on the back of its blowout quarter.

Revenues for the first-quarter were $977 million compared to $1.139 billion during the first-quarter of the prior year. Revenues contracted primarily due to the loss of the DISN Global Solutions program, decrease in logistics program activity largely related to in-theater force drawdown, lower material and subcontract revenues on Department of Defense contract vehicles, completion of a program to provide technical support to the Army Reserve and National Guard, and the impact of one less productive day in the current quarter. Operating income for the quarter was $59 million, up from $52 million in the prior year period. Current year results include $1 million of severance expense as the company continues to optimize its operating model. The increase in operating income was primarily driven by the absence in the current year of separation transaction and restructuring costs and current year net favorable changes in contract profit estimates. These impacts were partially offset by reduced income due to revenue contraction and completion of higher profit margin contracts.

Net income for the quarter was $34 million compared to $33 million in the prior year period. Despite incurring interest expense in the quarter on long-term debt obtained in conjunction with the company’s spin-off completed in September 2013, net income remained consistent relative to the prior year quarter primarily due to the above-described impacts to operating income. Diluted earnings per share was $0.69 for the first-quarter, which beat estimates by 2 cents. Cash-flow provided by operating activities for the first-quarter was $34 million, which was a $49 million improvement compared to the same period in the previous year. The improvement was largely due to strong current quarter customer collections and reduction in prepaid expenses. As of May 2, 2014, the company had $237 million in cash and cash equivalents and $502 million in long-term debt.

In the quarter, the company deployed $39 million, consisting of $13 million in cash dividends and $26 million in share repurchases (approximately 685,000 shares) under the company’s previously announced share repurchase program. Subsequent to quarter end, the Board of Directors authorized and declared a regular quarterly cash dividend of $0.28 per share payable on July 30, 2014, to stockholders of record on July 15, 2014. The company intends to continue paying dividends on a quarterly basis, although the declaration of any future dividends will be determined by the Board of Directors each quarter and will depend on earnings, financial condition, capital requirements and other factors.

Net bookings for the first-quarter were approximately $910 million, which reflects a book-to-bill ratio of 0.9. A few contacts were notable. First, the Department of Homeland Security (DHS) EAGLE II: the company was selected by the DHS as a prime contractor on the Enterprise Acquisition Gateway for Leading Edge Solutions II (EAGLE II) contract. This contract enables the company to compete for a full range of information technology services on the Unrestricted Track of Functional Category 1. EAGLE II is a multiple award indefinite-delivery, indefinite-quantity contract vehicle that provides a $22 billion ceiling for all awardees to procure information technology services over the seven-year period of performance. Services provided through the EAGLE II contract vehicle will directly support the DHS mission in areas such as border security, entry/exit and protection of critical infrastructure.

Another contract with the Joint Force Development Services (JFDSS) JSJ7 is promising. The company will provide training, education, and exercise solutions and services in support of the Joint Staff J-7 (JSJ7) Directorate, Combatant Commands, the military services, U.S. government agencies, and multinational partners. The company is one of seven companies awarded the Joint Force Development Services (JFDSS) indefinite-delivery/indefinite-quantity contract. The multiple-award contract has a five-year period of performance and total potential value of more than $800 million for all awardees.

The company also saw a contract incremental award from the United States Marine Corps (USMC) for an Assault Amphibious Vehicles Upgrade. The USMC Program Executive Office Land Systems (PEO-LS) awarded the company a prime contract to engineer, design and test upgrades to 10 prototype and 52 low-rate initial production (LRIP) vehicles for the Legacy Assault Amphibious Vehicle (AAV) Personnel Carrier Variant Platform program. The multiple-award (two awardees), firm fixed-price contract has a ten-month period of performance and an initial contract value of $16 million to execute preliminary and critical design reviews. Additional options will be awarded to one of the two awardees for prototype vehicle build and testing followed by possible low rate initial production, resulting in a total contract value of more than $190 million over five years.

Finally, the company’s backlog of signed business orders at the end of the quarter was $6.6 billion. Negotiated backlog does not include any estimate of future task orders expected to be awarded under indefinite-delivery/indefinite-quantity, U.S. General Services Administration schedules or other master agreement contract vehicles. Tony Moraco, the company Chief Executive Officer stated:

[The company] started the year well with revenue and operating income consistent with last quarter and strong operating cash flow performance. We continue to pursue efforts aligned with our strategy to protect and incrementally expand our revenue base while improving our operating margins. Our strong cash-flow performance in the quarter strengthens our ability to execute our capital deployment strategy.

Given the company’s stellar performance despite government cuts, the stock is a real good buy going forward. It is cheap trading at only 18 times current earnings, and pays a nice 2.9 percent dividend yield. So long as the company continues to innovate, it is likely to continue to receive funding awards.

Disclosure: Christopher F. Davis holds no position in Science Applications International Corporation and has no plans to initiate a position in the next 72 hours. He has a buy rating on the stock and a $52 price target.