Seadrill Reports a Bullish Future; Why Are Analysts Bearish? 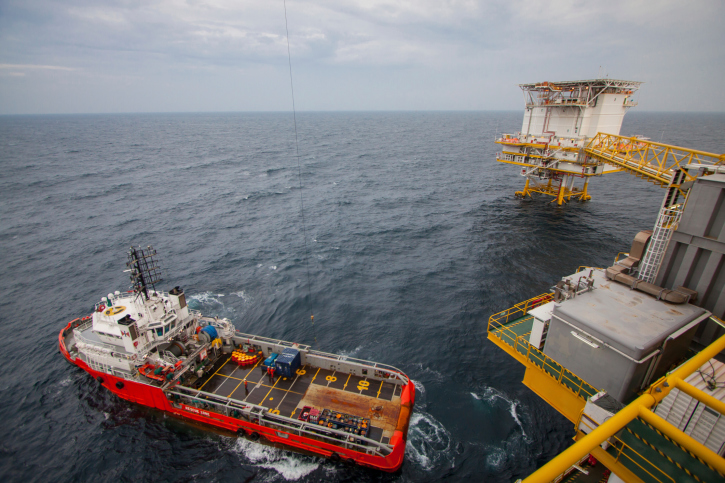 Seadrill’s (NYSE:SDRL) first-quarter earnings report was by all means a surprising success. The company not only beat revenue expectations with top-line growth of 14.3 percent, but provided bullish remarks regarding the future that contradicts much of what analysts on Wall Street have been predicting for offshore drillers. Oh, and the company also raised its already foolish $3.92 annual dividend, or yield of 10.8 percent, to $4.00. Nonetheless, analysts will be analysts, and despite the stock trading well off its 52-week highs, analysts like Howard Weil’s David Wilson remain bearish. Many continue to listen to these opinions.

In retrospect, we all know the challenges that face the offshore drilling industry, such as increased supply and lowered demand coupled with lower explorative drilling that’s causing lower production rates. David Wilson notes that despite Seadrill’s strong quarter its utilization rates fell from 94 percent in the fourth-quarter to 91 percent. The decline in utilization has long since been a fear of investors, as the decline can quickly affect margins, which thereby affects profitability and make it harder to pay dividends.

However, despite Wilson’s criticism, Seadrill noted that it expects fundamentals to show improvements in the second-quarter and that it saw a boost in inquiries during the later weeks of the first-quarter. Yet, as expected, Wilson took a more cautious view, focusing on the announcement of delivery delays for several of Seadrill’s newest builds. Seadrill has some of the newest and most efficient rigs in the industry, and delays signal, to Wilson, that demand remains very soft.

With that said, investors now have the company’s quarter and the words spoken on its conference call, which appear bullish looking ahead, along with the negative commentary of Wilson and other analysts alike. As previously said, we know the industry has some demand issues, but no one knows how long or problematic it will become to fundamentals. However, the fact that Seadrill did perform better than analysts expected and was positive regarding inquiries and current demand is a good sign for investors.

Not to mention, Seadrill is not some overpriced stocks that will crumble in the face of temporary hardships. It trades at just 10.4 times next year’s earnings with operating margins north of 38 percent, thus highly effective and cheap. Also, its now 11 percent dividend yield, after the increase, serves as great downside protection. Lastly, on May 27, the day prior to earnings, Seadrill’s asset North Atlantic Drilling (NYSE:NADL) signed a contract with Rosneft that’ll give Seadrill a presence in Russia, adding to the company’s backlog. In the face of earnings, this news has seemingly been forgotten, but could be meaningful in future quarters.

The bottom line is that actions speak louder than words, and while analysts are often heard loud and clear on Wall Street, Seadrill’s quarterly report is a reflection of improvements and demand that might not be as bad as previously expected. Therefore, Seadrill looks like a good long-term value investment opportunity, and investors should minimize the noise and focus on the data.