The retail industry has endured a massive shift, with dozens of struggling retailers closing locations and filing bankruptcy. Meanwhile, Amazon’s revenue generated $141.92 billion in sales in 2018. The following brick-and-mortar stores are closing all of their locations in 2018 (pages 16 and 18) and one well-known chain is actually making a comeback (on page 15).

After reporting a rare profit from the fourth quarter 2017 holiday shopping season, the iconic-but-ailing department store announced plans to close 39 stores in early 2018. Then on May 31, the retailer revealed it would shutter another 72 “non-profitable” locations, citing a $424 million loss.

The company’s efforts to turn things around included a deal with Citi involving a Sears’ branded credit card that brought in more than $400 million. The retailer also auctioned off store properties online and borrowed from its CEO’s hedge fund. It may sell the Kenmore brand as well. All proceeds will help offset the company’s losses.

Next: Another suffering chain owned by Sears

Kmart recently resurrected its Blue Light Specials, but that wasn’t enough to save some of its struggling stores. In early 2018, Sears Holdings Corp, owner of Kmart, announced plans to close some 64 Kmart stores. On May 31, the company revealed it would shutter another 15 locations by September. It planned to start liquidation sales as early as June 14.

The first Kmart store opened in 1962. At the height of the chain’s popularity, it operated more than 2,000 stores across the U.S., Canada, and Puerto Rico. Now, it’s harder every month to find one that’s still open.

Next: A jewelry store and mall staple

Claire’s has pierced more than 100 million ears worldwide. Now, it’s becoming a thing of the past at many malls across America. Citing $2 billion in debt, the company filed for bankruptcy in March 2018 and won approval to vacate 132 of its 1,570 locations.

One aspect of the jewelry and accessory retailer’s sales that remains successful, according to Retail Dive, is its concessions channel. This is where Claire’s products are sold on stands in other retail locations.

Next: Largest restaurant chain in the world

Although it closed more than 800 restaurants in 2017, Subway remains the largest restaurant chain in the world, according to its website. In 2018, the retailer plans to shutter an additional 500 U.S. locations. It also plans to open more than 1,000 new restaurants around the world, including in Mexico, the U.K., Germany, India, South Korea, and China, CEO Suzanne Greco told Bloomberg.

The chain faces competition as convenience stores and drug stores start to sell sandwiches. In addition, Starbucks now sells sandwiches at lunchtime and McDonalds has added Signature Crafted Sandwiches to its menu.

Next: Its iconic catalogs are a thing of the past.

Who remembers waiting anxiously for the mail in hopes the JCPenney Christmas catalog would arrive? Fast forward to today, and the retail apocalypse is hitting department stores the hardest. JCPenney is feeling the burn and plans to close seven stores and its Milwaukee distribution center in 2018. The company suffered more drastic closures in 2017 when it shuttered 141 locations.

This latest round of closings hits stores in states from New Jersey to California, and 470 employees will lose their jobs. The company’s CEO, Marvin Ellison, rently jumped ship and joined Lowe’s in May 2018.

Next: Another department store slowing disappearing

In 2016, the department store chain announced it would shutter 100 low-performing locations in coming years. While most of these stores have already closed, it anticipates 11 closures in 2018.

Next: An image change led to disaster.

The once-popular clothing retailer has fallen victim to decreased foot traffic in malls. With sales in a tailspin, 51 stores closed in fiscal 2017. The company plans continued closures in 2018 — 20 in all. Critics lamented the chain’s waffling between affordable yet preppy clothes and higher-end items.

The move to more premium merchandise ultimately proved to be disastrous. “This move backfired and alienated their core customers,” said Manik Aryapadi, principal at A.T. Kearney.

Next: A company that has closed more than 400 stores

Despite seeing a 15% growth in net sales to $1.19 billion during the final quarter in 2017, Abercrombie & Fitch plans to close up to 60 U.S. stores in 2018. Some will close when their leases expire. The retailer does plan to open 21 full-price stores — 11 in the U.S. and 10 in international markets.

The company, which also owns the Hollister brand, has closed more than 400 stores since 2010. Its brick-and-mortar strategy is tied up in its e-commerce strategy, Retail Dive reported. The company banks on customers returning online purchases in physical locations to engage with the brand during visits.

Next: How a retailer moved to compete with Amazon

In January 2018, Sam’s Club announced it would close 63 stores across the U.S. This amounts to around 10% of its locations nationwide. The Walmart-owned warehouse club also announced it would raise the starting hourly wage for employees — although around 11,000 workers would be losing their jobs as a result of the closures.

In February 2018, in a move to compete with the likes of Amazon Prime, the chain added free shipping for its members on most items. It planned to deliver the majority of its products within one or two days.

Next: A retailer growing abroad but not at home

Luxury brand Michael Kors announced at the end of fiscal 2017 it would shutter 100 to 125 locations over two years. The goal was to increase profitability by saving $60 million each year. The retailer, which defines its wares as “jet set luxury,” is struggling in the U.S. while demand surges abroad. The company’s home market sales fell by 2.5% in the last quarter of fiscal 2017 — whereas sales in its smaller European and Asian markets rose by the double digits.

Next: You know the stores for employees’ black-and-white striped uniforms.

The once-popular sportswear and shoe chain Foot Locker will be a staple no more in some malls across America. The company plans to shutter 110 locations in 2018. Whereas it normally opens around 100 new stores per year, it only plans around 40 in 2018.

Greener pastures may be ahead, however, as in May 2018 the company reported profit and sales that topped estimates, citing improvement in the flow of premium goods from top vendors. The company had been plagued by lackluster inventory as younger shoppers’ tastes changed.

Crocs casual footwear company plans to drastically reduce its store count by about 35% in 2018. The goal is to increase profits and become more sustainable. The company is both reducing its footprint and increasing its focus on e-commerce.

In an innovative move, the company has created a line of its plastic shoes that have tube socks attached – a convenient option for those who prefer to wear socks with their sandals. Here’s the catch: You’ll pay a whopping $141 for this convenience.

Next: A struggling mattress retailer

Next: Stylish clothing from suffering brands

In Feb. 2018, Gap brand president and CEO Jeff Kirwan left the company after he and other executives agreed it was time for new leadership for the struggling brand.

Next: A big box store making a comeback

The electronics retailer announced in March it would close all 257 of its small-format mobile stores. These sold only cell phones and were created when smartphones were new and demand was exceedingly high. While Best Buy struggled in recent years, revenue climbed to $42.2 billion in fiscal 2018 from $39.4 billion the previous year. This is in part thanks to its price match guarantee.

“Best Buy has proven once again that it’s possible for a brick-and-mortar retailer to do well even in a world increasingly dominated by Amazon and online commerce,” CNN reported after the big box store posted solid first-quarter 2018 sales and profit.

Next: These stores are dying off after 150 years.

In a startling yet not totally unexpected move, Bon-Ton announced all of its department stores would close in 2018. These include the Bon-Ton chain as well as Boston Store, Younkers, and Carson’s. The iconic stores were around more than 150 years. Liquidation began in April 2018 and was expected to last for three months.

After the company filed bankruptcy in February 2018, bondholders saw liquidation as the only possible plan for debt repayment. The retailer owed about $1 billion, including $5 million owed to Estee Lauder and $1.6 million to Under Armour.

Next: A brand moves some sales to Amazon. 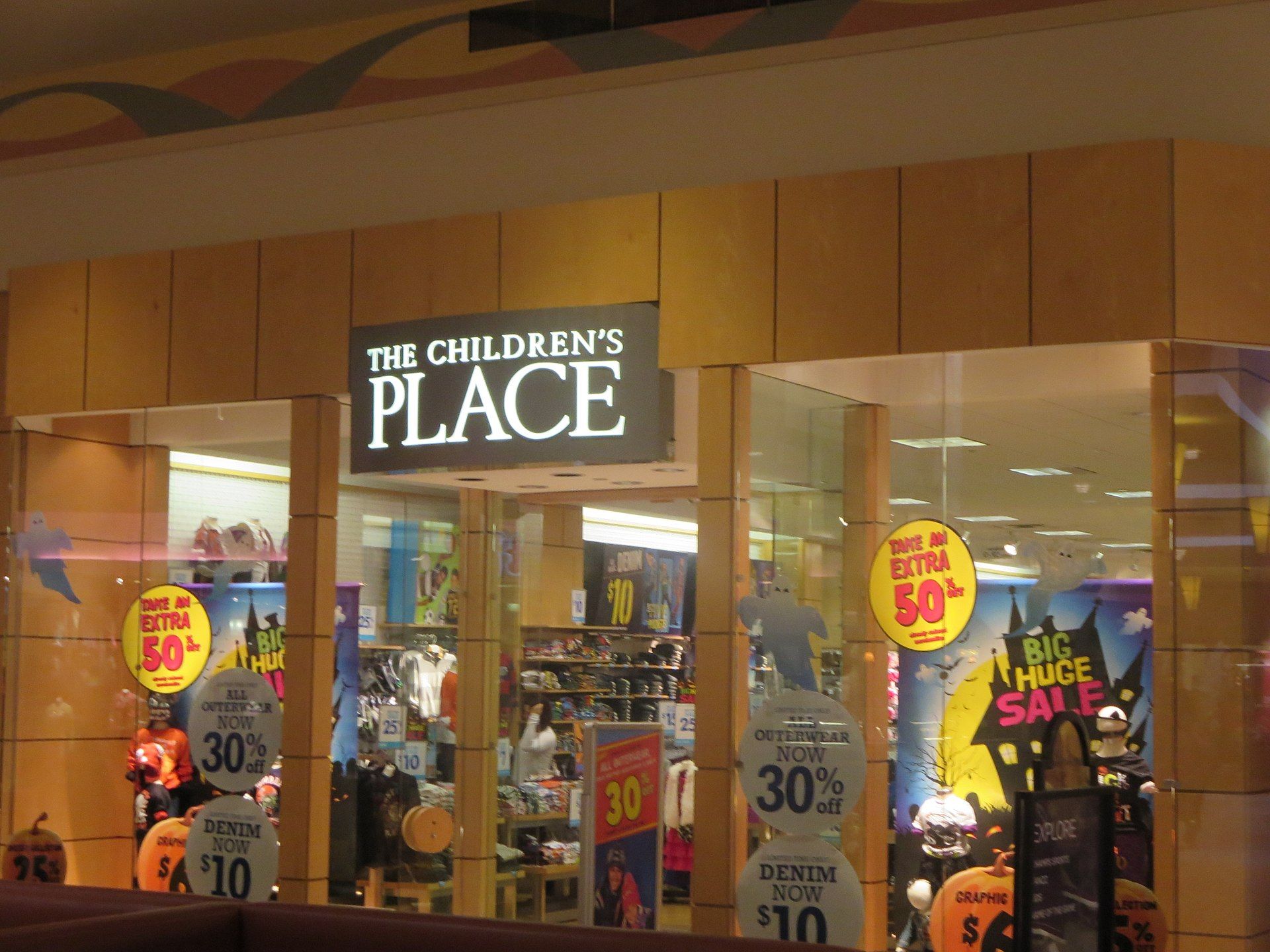 The children’s apparel chain and shopping mall fixture announced it would close around one-third of its stores by 2020. Its $85 million annual income was down from a five-year high of $102 million the previous year. This was part of the company’s planned shift toward digital commerce, CEO Jane Elfers said. The company intends to grow e-commerce to 20% of total sales and expand the brand’s presence on Amazon.

Next: Closing after a big buyout 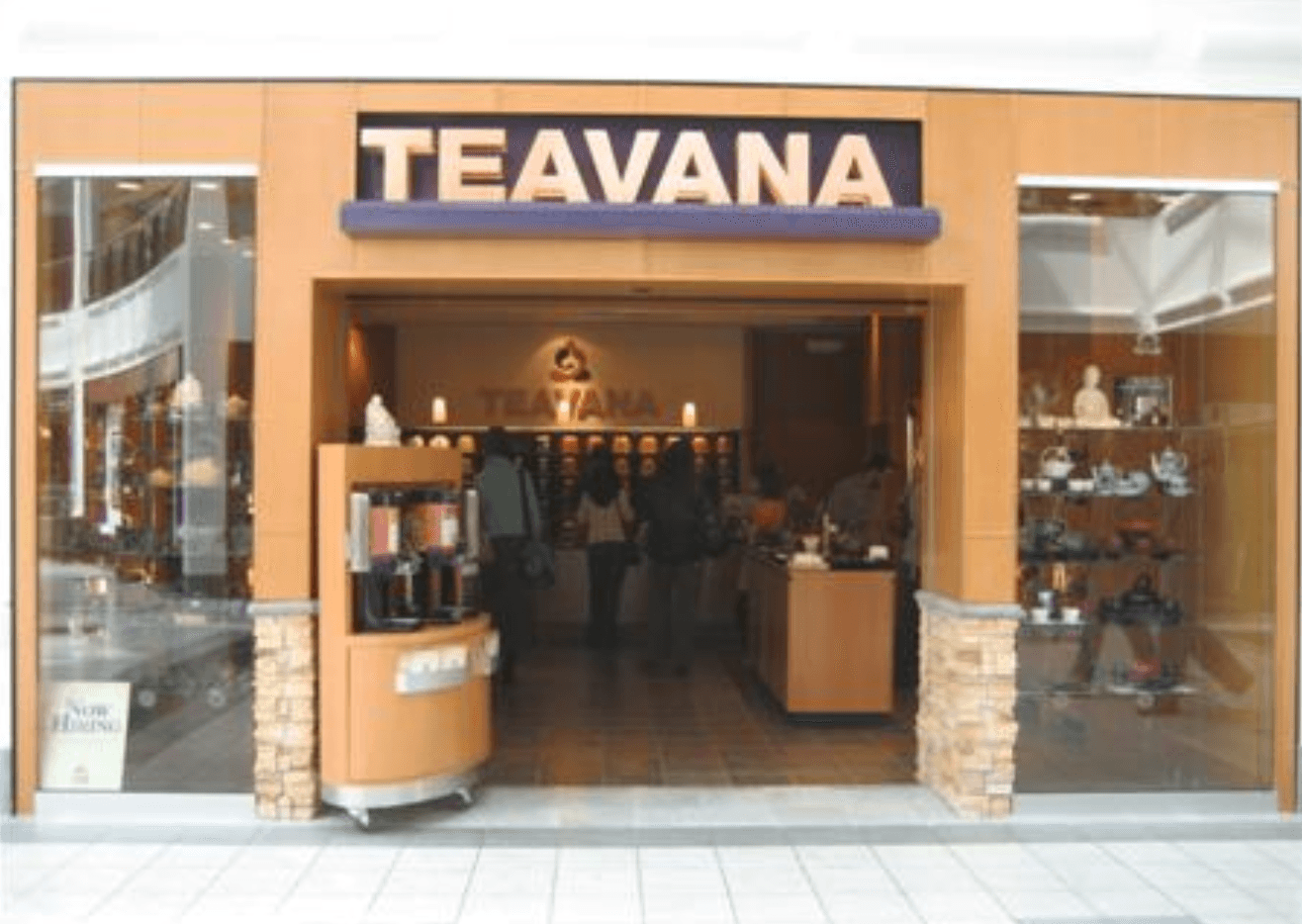 Over the years, Teavana became a mall staple, with folks gathering around for free samples of hot tea in small cups. In less than five years since Starbucks acquired the company, it announced plans to close all locations by summer 2018. Simon Malls, the landlord for 77 Teavana locations, sued to keep the stores open. In early 2018, the two parties reached a deal, and plans for closings continued to move forward.

Starbucks said Teavana employees would receive Starbucks job applications, as the company was on track to create 68,000 new jobs in the U.S. over the next five years.

Next: A pharmacy retailer buys up another and closes its stores.

In March 2018, Rite Aid finalized the transfer of 1,932 stores to Walgreens for $4.2 billion. The new owner planned to close 600 of these stores. Antitrust regulators had terminated Walgreens’ original plan to buy Rite Aid Corp. outright. As a result of the closings, 12 states were set to no longer have any Rite Aid locations. These included Alabama, Georgia, Indiana, and Kentucky.

The majority of locations Walgreens is closing are within one mile of another Walgreens-owned store, the company reported. It is spending $500 million over three years to convert the Rite Aids it isn’t closing into Walgreens stores.

Toy lovers across the U.S. mourned when the iconic toy store announced it would liquidate all 735 of its remaining stores. Sales would last until stores ran out of inventory. The company made liquidation plans in March 2018, just five months after filing for Chapter 11 bankruptcy protection.

As of early May 2018, plenty of merchandise still filled the aisles of some stores, in varying states of disorganization. On June 3, 2018, dozens of soon-to-be-laid-off employees from around the country rallied in New Jersey to demand severance.