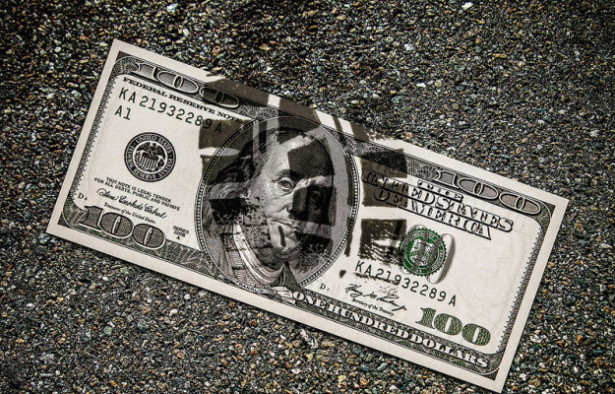 Wall Street insiders aren’t the only ones who think that the Department of Justice’s record $13 billion settlement with JPMorgan Chase (NYSE:JPM) was a bit excessive. Speaking at an event in Germany earlier this week, Securities and Exchange Commissioner Dan Gallagher said according to Reuters that, “I think you would be hard-pressed to find any rational regulatory policy that would underlie a $13 billion penalty against shareholders.”

JPMorgan announced that it had settled with President Barack Obama’s RMBS Working Group on November 19. The penalty — the largest ever levied against a single financial institution by the Justice Department — settles many of the allegations related to the sale of residential mortgage-backed securities by JPMorgan Chase, Bear Stearns, and Washington Mutual.

JPMorgan admitted to neglecting to warn investors about the risk involved in purchasing mortgage securities, but did not admit to fraud or that it had intentionally misled investors. Such neglect is still illegal, and was one of the cornerstones of the Justice Department’s suit against the firm.

Gallagher didn’t say outright that the penalty was more of a piece of political and personal maneuvering than a legitimate punishment for the Wall Street giant, but he framed the situation in that light.

“One of the problems we have in the United States is that prosecutors like to make a name for themselves and they all try to distinguish themselves in one way or another,” he said, according to Reuters. “One way to distinguish yourself is to get the highest penalty ever against a bank. I don’t think it bears much resemblance to anything else. It is not rational.”

Gallagher’s criticism of the settlement is powerful because it comes from the side of the fence currently lobbing legal grenades. JPMorgan is estimated to have put aside as much as $21.8 billion for legal fees since 2008, a dollar figure that many regulators have held up as evidence of the efficacy of their efforts to bring justice to financial institutions for their part in the crisis. But industry insiders have called into question the effectiveness of the regulatory crusade. Speaking in New York City in November, JPMorgan general counsel Stephen Cutler argued that, “There has to be a better way to allocate government resources.”

The statement feels ripped right from a textbook debate over the role of government in a market economy, but at a pretty fundamental level that is the debate that is actually happening. Financial markets were aggressively deregulated for at least a decade in the lead up to the crisis. A lack of functional oversight left the door open for instability, and instability led to catastrophe.

The crisis was manna from heaven for regulators and helped catalyze large reform efforts such as the Dodd-Frank Act. Critics, though, argue that large financial penalties against big banks miss the point. (For their part, they also argue that Dodd-Frank doesn’t hit the nail on the head.)

Peeling back the curtain just a little bit, the record JPMorgan fine appears as if it will be allocated in a reasonable way. From the firm’s statement on the settlement: “JPMorgan Chase will pay a total of $9 billion in cash and provide $4 billion in borrower relief. The cash portion consists of a $2 billion civil monetary penalty and $7 billion in compensatory payments, including a previously announced $4 billion payment to resolve FHFA’s litigation claims. Borrower relief will be in the form of principal reduction, forbearance, and other direct benefits from various relief programs.”