Costco Secrets That Every Retiree Needs to Know

Older Americans are naturally skeptical of brands that try to win their business. A fixed income and sharp eye for quality make retirees a tough sell for any store. With so many retailers competing for customer loyalty, it’s hard to discern which stores actually practice what they preach. Are the deals real, or are they just trying to take your money?

Costco is one store that few customers question, as it continues to attract shoppers of all ages to its doors. Retirees, in particular, can benefit from shopping at Costco in more ways than one. Here are eight secrets you must know for saving money at Costco.

1. Retirees with limited mobility can shop online for additional savings 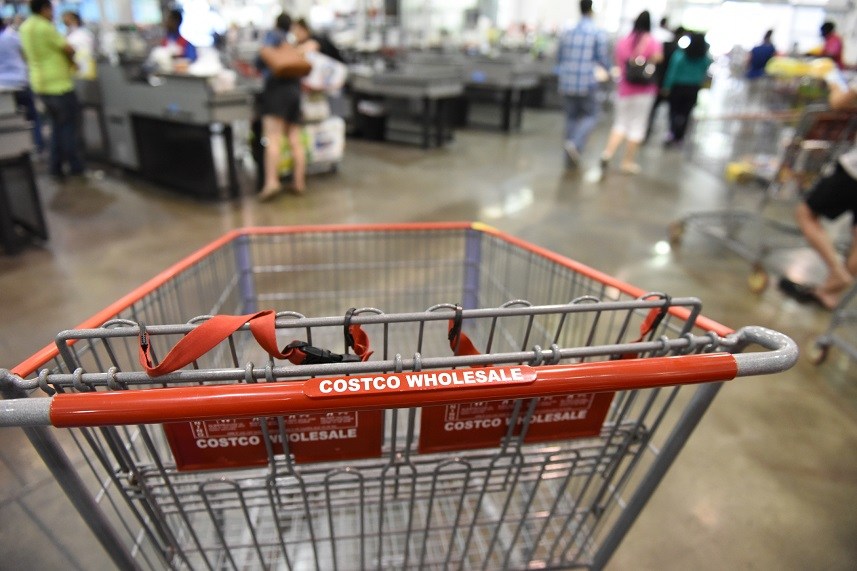 No need to traipse all over the store when you can shop from home. | andykatz/iStock/Getty Images

Costco is unique in that it offers countless items online that aren’t found in warehouse stores. This is in part because products vary from region to region. Paddleboards may fly off the shelf in California but not so much in Wyoming. Even seasonal items are available at Costco.com year-round.

Retirees benefit supremely from Costco’s online department, as many products cater to senior customers directly. Now that the Federal Trade Commission requires funeral homes to accept casket purchases from outside sources, make sure to inform your future caretakers of the deals on caskets, urns, and other end-of-life products available online. It also offers mobility ramps, wheel chairs, and canes.

These are all deals you can snag without ever having to drive to the store. If you have limited mobility, have no fear. Costco home delivery is here — well, in some cities, at least.

2. A plethora of medical and home care-related products 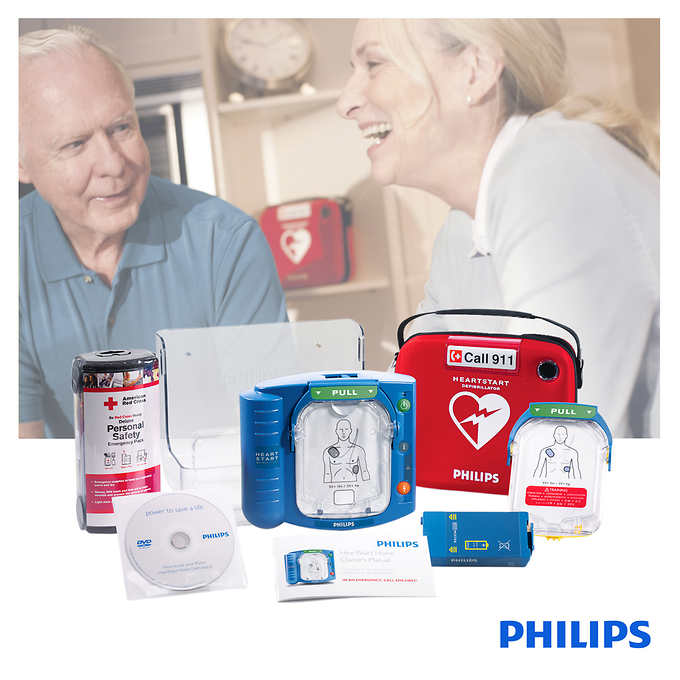 You can get this home defibrillator for a low price.  | Costco

While older shoppers might not be the first to pounce on engagement rings or food court hot dogs, you will surely appreciate home health care products, such as blood pressure monitors and automatic defibrillators. Retirees even have access to hearing aids and other accompanying products at Costco, as well. While the reviews on hearing aid function are mixed, there’s no denying that Costco beats many other retailers in price.

3. There’s no senior discount, but there are gift cards 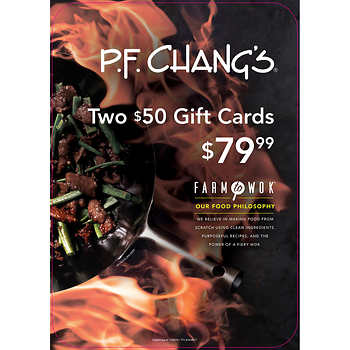 Some retailers advertise senior discounts for retirement-age shoppers. Unfortunately, Costco is not one of them. Still, retirees can score warehouse prices on gift cards more than 20% cheaper than retailers. For instance, as of November 2017 you can purchase two $50 gift cards to P.F. Chang’s for only $79.99. Stock up on plastic from your favorite restaurants, attend an early bird special suited for retirees, and score double the deals.

4. Toys for your grandkids are cheaper than on Amazon 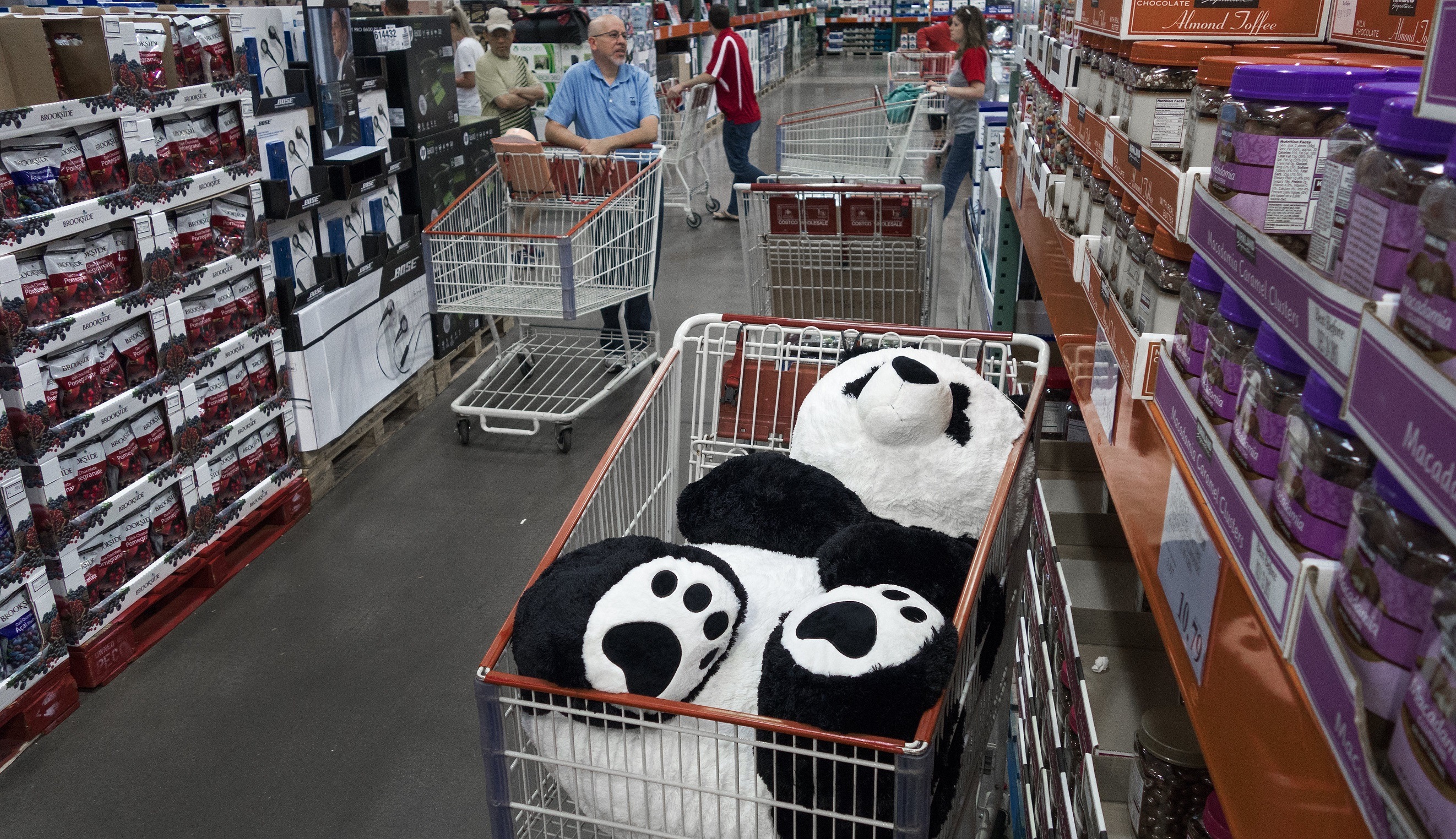 At some point during your retirement journey, you’re going to want to spoil your grandkids. But the appropriate level of spoiling could get difficult once you’re on a disposable income. Multiple bloggers say toys are much cheaper at Costco than on Amazon. The Krazy Coupon Lady suggests using your Amazon app to verify good deals when shopping in store.

The Penny Hoarder also found bicycles are worth taking a look at with a Costco membership. Unless you’re already paying for Amazon Prime, footing the shipping costs on large toys could be enough to tip the scales in Costco’s favor. And let’s not forget about batteries. There’s no better place to buy batteries in bulk than Costco. 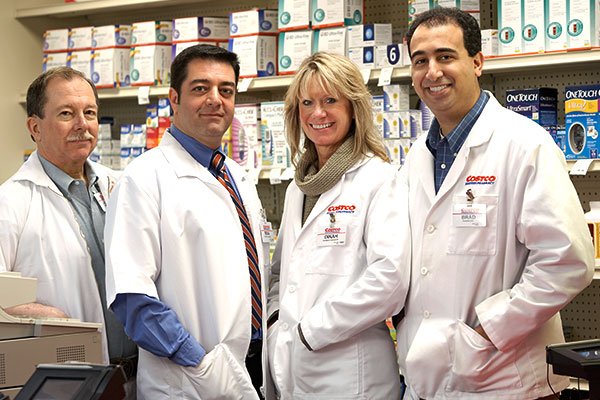 We’d be remiss if we wrote an article about retirement secrets at Costco without mentioning the pharmacy deals available to budget-conscious shoppers. Whereas other notoriously expensive drugstores opt for 24-hour drive-thrus, Sunday hours, and other costly perks, Costco controls expenses by eliminating such frills. “We just price products as low as we possibly can and still make a modest profit,” Victor Curtis, senior vice president of pharmacy, tells Consumer Reports.

Curtis also says Costco cut labor costs in half by filling prescriptions off-site and shipping them to stores overnight. So it should come as no surprise that Costco outpriced Sam’s Club, Walmart, Target, and other grocery stores for commonly prescribed generic medications. Considering that retirees pay almost $20 per script in some states, you’ll happily take a discount any way you can get it. 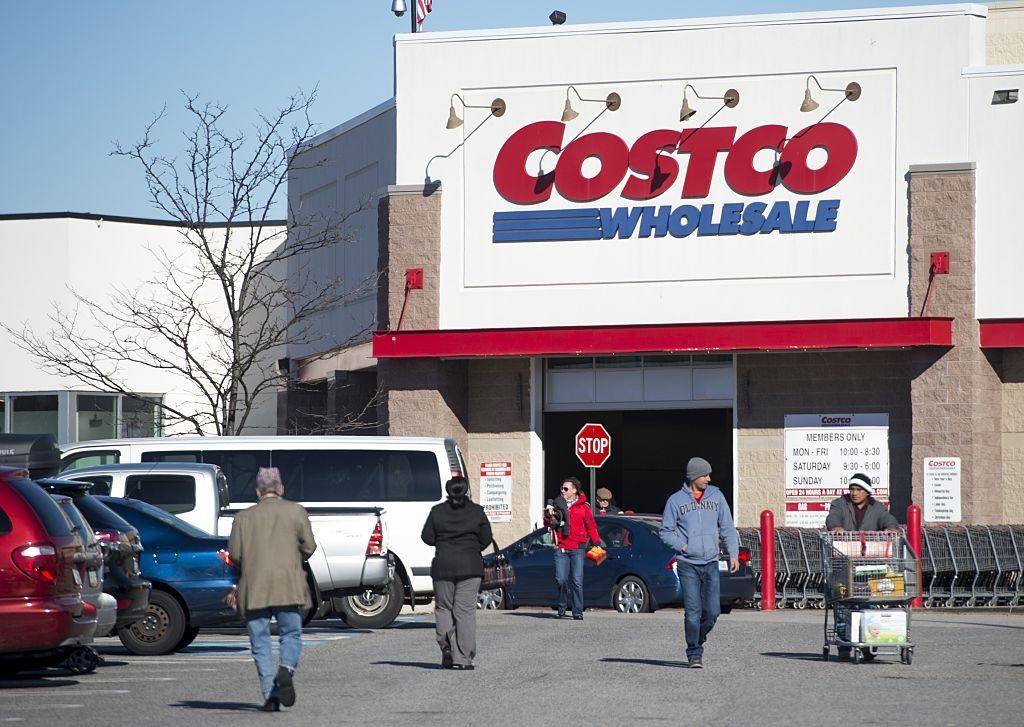 Save on membership costs while still getting your favorite bulk items. | Saul Loeb/AFP/Getty Images

Buying in bulk is not always the best solution for retirees who are enjoying an empty nest. It’s likely you’ll never get your money’s worth and end up wasting food. But even partially loyal Costco shoppers can agree on the potential savings for frozen foods, alcohol, and prescriptions. If you don’t shop enough to justify a $60 membership, ask a family member or friend to buy you a Costco Cash Card. It works just like a store gift card but has no expiration date or extra fees for shopping in store as a nonmember.

Amounts redeemable range from $25 to $1,000, so if you run out your Costco friend can simply reload it for you. It’s just another way retirees can reap the monetary membership benefits without committing to the service.

7. Use your extra availability to watch for price changes 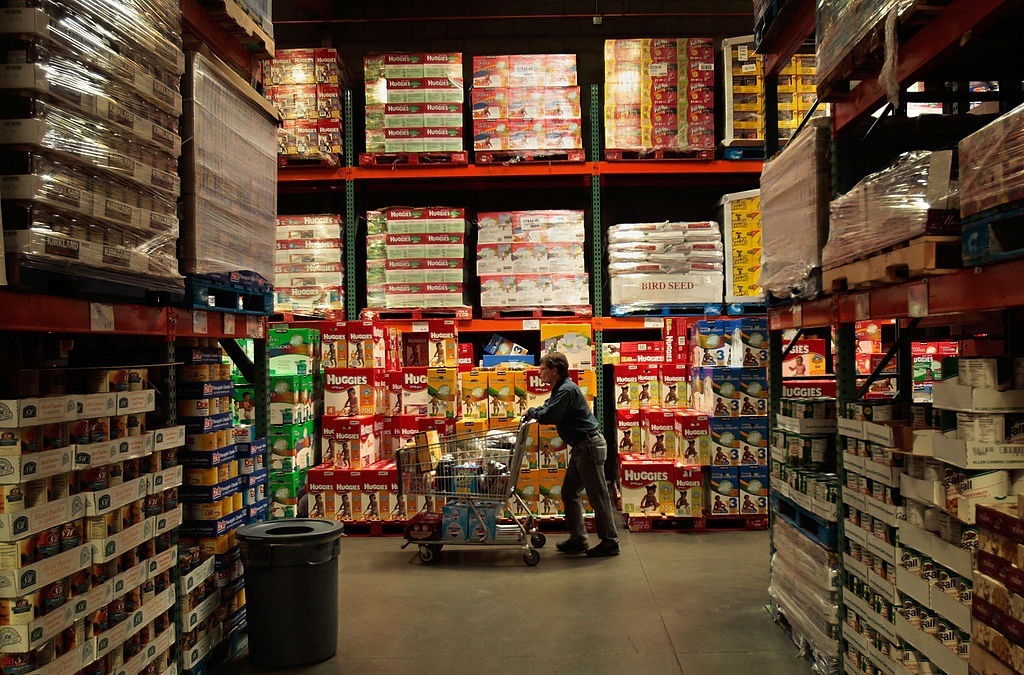 In addition to its generous return policy, Costco also has a 30-day price protection policy. If the price drops within a month after your purchase, you can contact customer service for a refund or rebate. Although unwritten, retirees benefit most from this secret perk. Monitoring price changes is much easier for those not bogged down with a traditional 9-to-5 work schedule. And your boss won’t fault you for internet surfing on the company dime. 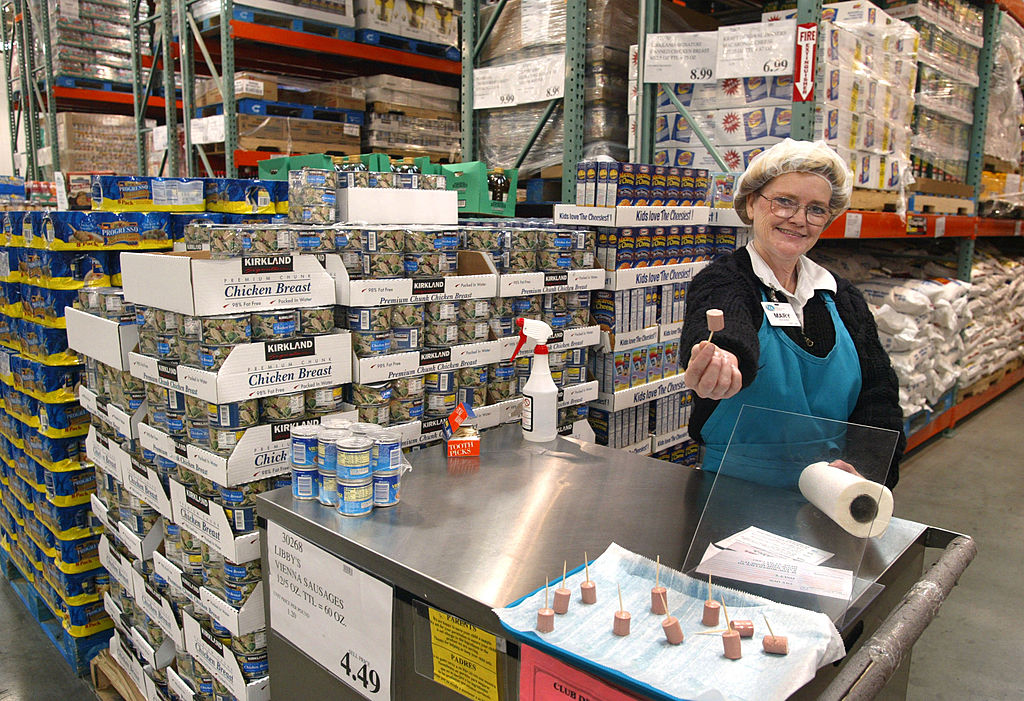 There are countless benefits to holding down a part-time job during retirement. Not only does Costco receive rave reviews for employee satisfaction, it appears workers are also eligible for some serious employee discounts. Entry level employees now earn $13 or $13.50 per hour as of March 2016 and enjoy generous benefits packages, as well.

Retirees looking for part-time work and flexibility might feel right at home on the warehouse floor. Plus, there are free samples. Must we go on?