While in recent years, Donald Trump’s net worth has gone up and down, either way he’s got billions. There’s been plenty of fixation on the president’s tax returns, his son-in-law’s real estate divestments, and his daughter’s secretive Chinese company ties. Most Trumps are business people in their own right — so how do all of the members of the clan rank when it comes to net worth?

Here we’ll count down to the richest member of the Trump family. See who owned 27,000 New York apartments (page 7) and which in-law inherited a pasta sauce fortune (page 13).

The president’s youngest daughter, 24, now lives near several members of her family in Washington D.C., where she attends Georgetown Law School. In years past, she released a music single called “Like a Bird,” interned at Vogue and modeled during New York Fashion Week.

Tiffany joined her father at campaign appearances during the 2016 election. She spoke at the 2016 Republication National Convention, describing her father as “a man with natural charm and no façade.”

Next: Trump paid this former wife $2 million when they divorced. 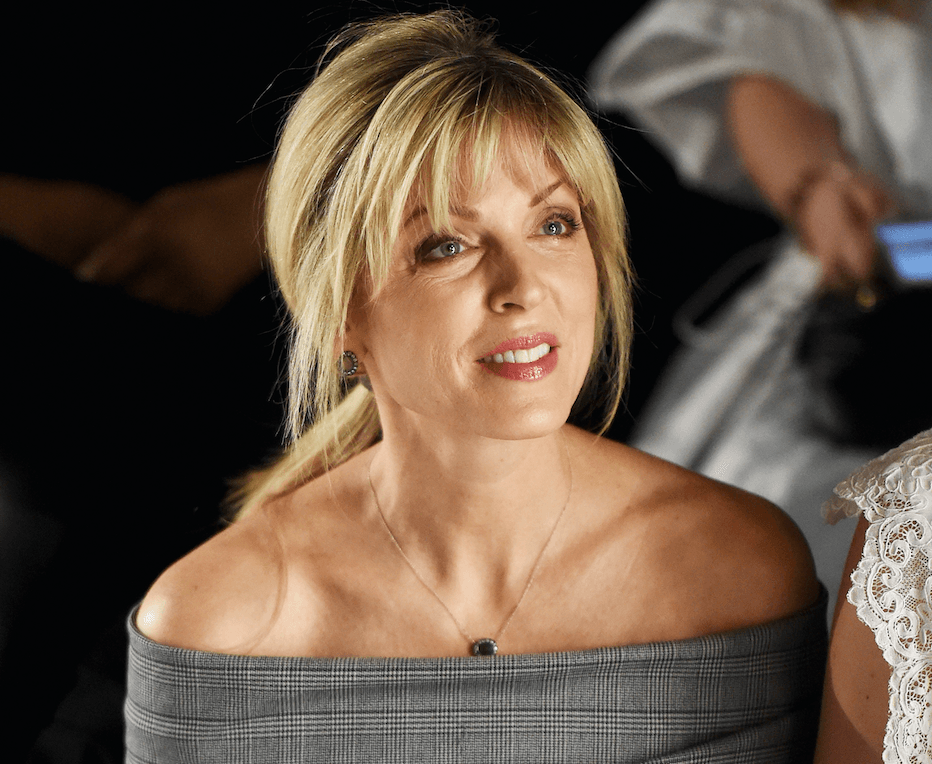 The second wife of Donald Trump (they divorced in 1999) has held several TV and film roles, most recently appearing on Dancing With the Stars. A former beauty pageant contestant herself, she’s hosted Miss Universe and Miss USA pageants. Films on her acting resume include A Nanny for Christmas (2010), A Christmas Too Many (2007), and Loving Anabelle (2006).

The former Mrs. Trump, 54, said she received $2 million in the divorce settlement and denied claims she’s been paid to keep quiet about the marriage.

Next: A businesswoman and model who works to combat bullying

America’s current first lady, 48, came to the U.S. from Slovenia and started out working as a model in New York City. She’s posed for the covers of Vogue, Glamour, Vanity Fair, In Style, Allure, and more. In addition, after marrying Donald Trump, she developed and sold both jewelry and skincare products.

As FLOTUS, she’s made a project out of combating bullying and drug abuse among young people. She’s also hosted a state dinner for French President Emmanuel Macron and his wife Brigitte.

Next: Obama appointed this Trump as a judge. 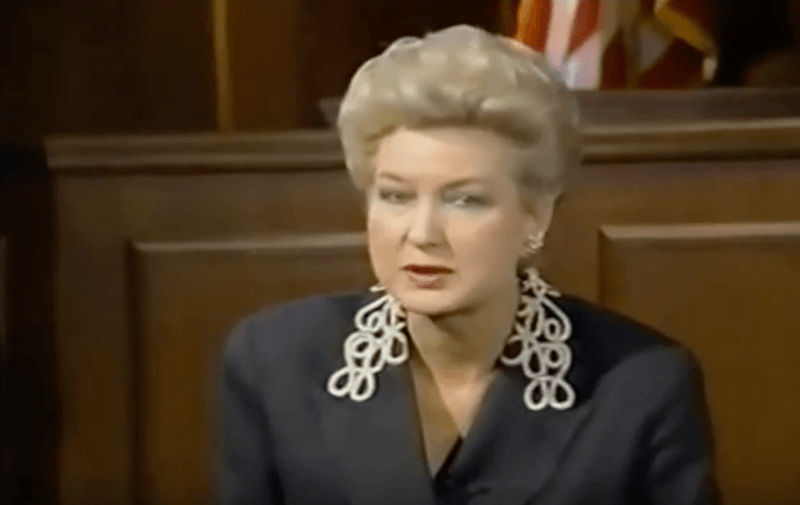 The older sister of Donald Trump is an inactive senior U.S. circuit court judge in New York. President Barack Obama appointed the Republic judge, now 81, to the position in 2011. She’s served in different courts as a judge since she graduated from Hofstra University School of Law in 1974.

The 81-year-old judge supported her brother in his run for president but has said little publicly since he was elected. In March 2018, she sold her $23.9 million Palm Beach mansion, across the street from the president’s Mar-a-Lago resort.

Next: A former casino CEO with a $14 million divorce settlement

The 69-year-old Czech-American socialite is a businesswoman who sold her lines of clothing, jewelry, and beauty products on TV. She was also CEO of Atlantic City casino Trump’s Castle. In addition, she was a model for Canadian fur companies and a 1972 Olympic athlete. She’s written novels, self-help books, and advice columns.

She was married to Donald Trump from 1977 to 1991 and received $14 million in their divorce settlement, The New York Times reported.

Next: Owner of more than 27,000 New York City apartments 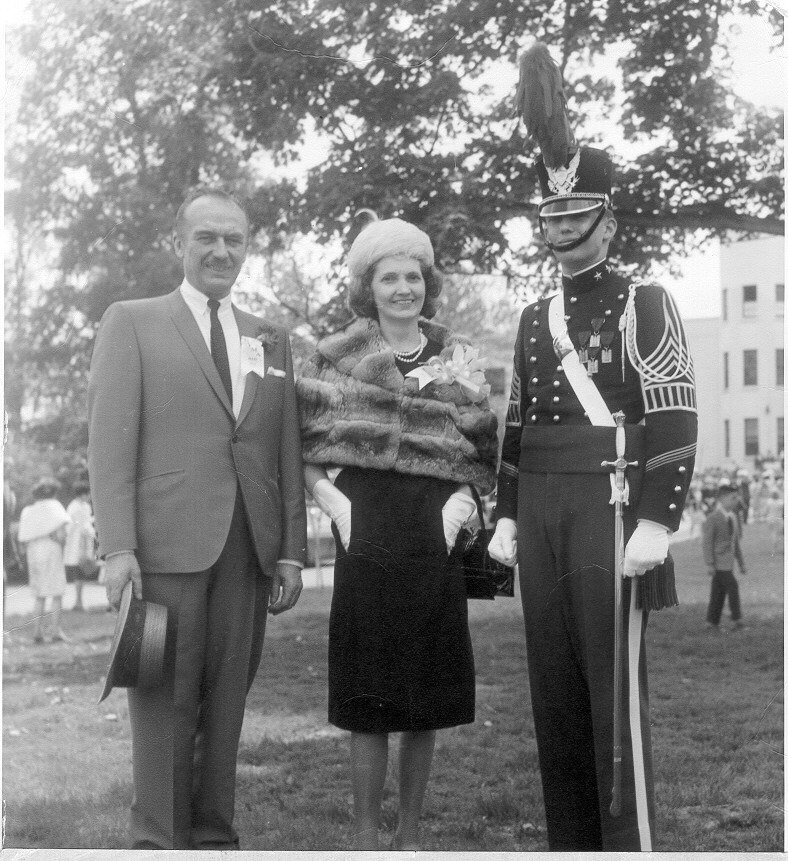 Donald Trump Sr.’s father, who passed away in 1999 at age 93, was a New York City real estate developer. His company built and managed single-family homes and more than 27,000 apartments. He built garden apartments and barracks of the U.S. Navy during World War II. Donald became president of the company in 1971 and named it the Trump Organization.

Despite being wealthy, Fred Trump was said to be a frugal man. He did donate to charities, however, and gave land for the construction of Beach Haven Jewish Center.

Next: A retired Chase bank executive

Some of Trump’s sister’s wealth comes from the family’s hotels. | Trump Hotels

The president’s other sister, 76, is a former businesswoman and retired banker. She retired as an executive at Chase Manhattan Bank. She gets most of her income from the Trump Hotel network and documentaries and sports movies produced by her husband, James Grau.

In 2017, she added to her net worth by selling her Westhampton Beach, New York home for $3.8 million. She and her husband “weren’t really using [the house] anymore,” said real estate agent Sarita Silver. “So I think that was the primary reason for selling.”

Next: He’s holding the Trump Organization fort down.

The eldest child of Donald and Ivana Trump, 40, is a businessman and former reality TV personality. He currently works as a trustee and executive director of a trust that controls the Trump Organization. It was created to oversee his father’s assets during his presidency.

The younger Donald campaigned for his father during his 2016 presidential run. He has faced criticism for meeting with a Russian lawyer who promised damaging information on candidate Hillary Clinton. His personal life has also come under scrutiny, as he split in 2018 from wife Vanessa, with whom he has five children — amidst rumors he had an affair.

Next: A Trump who avoids conflicts of interest.

Like his older brother, the president’s second son, 34, is currently trustee and executive director of the Trump Organization trust. Until 2016, he also led The Eric Trump Foundation, a charity that raised money for St. Jude’s Children’s Hospital.

The second Trump son is adamant that he does not talk to his father about business, to avoid conflicts of interest. “We don’t talk about the business,” he told Fortune, adding that the most he tells the president is whether a given company has had a quarterly profit or loss.

Next: She’s been given a high-level White House role.

The president’s older daughter, 36, currently is his senior advisor in the White House. She’s also a businesswoman, fashion designer, and author. She moved from New York to Washington D.C. in 2017 with her husband Jared Kushner, who also became an advisor to the president.

In her role, she attended the July 2017 G20 forum to the criticism of some, who said she was not qualified to sit in for the president among world leaders. She also spoke at the controversial opening of the new U.S. embassy in Jerusalem in May 2018.

Next: The president has tapped him for peace deals.

As mentioned, Ivanka Trump’s husband also joined the White House in an unpaid role as senior advisor. The president has tasked him with brokering peace in Israeli-Palestinian conflict. For this effort, he traveled to both Israel and Palestine to meet with leaders.

Before joining the White House, Kushner, now 37, was CEO of his father Charles Kushner’s real estate company and the company that publishes the New York Observer.

Next: He donates his salary to the government.

Unsurprisingly, The Donald, 71, comes in as the wealthiest Trump. As the 45th U.S. president, he earns $400,000 per year. He has donated his salary quarterly to agencies including the National Park Service and the Department of Transportation.

He was previously host of NBC reality show The Apprentice, for which he was paid $60 million annually. After college, he went to work for his father’s real estate company, the Trump Organization. His properties include Trump Tower, valued at $288 million, and Trump World Tower, valued at $290 million.

Next: We don’t know her exact net worth, but she did inherit a pasta sauce fortune.

Donald Trump Jr.’s estranged wife and mother of his five children, may be worth millions, just like her husband, reports say. Her exact net worth is more difficult to pin down, however. She worked as a model for Wilhelmina Models from around 1998 through 2006. By one account, her earnings there ranged from $2.9 million to $5.2 million.

She also had her own handbag line, La Poshette, which she sold from 2010 to 2013. In 2017, she and her mother reportedly split a massive $125 million windfall when a company bought her late father’s stake in the Rao’s Homemade pasta sauce business.

Next: Her net worth may be unknown, but she certainly isn’t hurting.

Although the net worth of Eric Trump’s wife is unknown, she has made a career as a TV personality working for CBS news. Lara Trump produced news magazine Inside Edition from 2012-2016. She went on to be an online producer for her father-in-law, President Trump, after he was elected. She currently hosts Real News Update reports, which cover news regarding the president.

Lara, 35, and her husband live in a Trump Parc East apartment, valued at more than $2 million. They also own a home in Westchester, New York, and an apartment in Central Park. They had a son, Eric Luke Trump, in 2017.

The president’s youngest son, age 12, might not have net worth now; however, he is likely to inherit millions, with his father being worth $3.1 billion and his mother worth $50 million. Thanks to his parents’ fortunes, he will have many opportunities in life. Currently, he attends St. Andrew’s Episcopal School. The private institution is situated in the leafy, school-bus clogged enclave of Potomac, Maryland, around 30 minutes from the White House.