In one of the more eclectic pairings of our time, quirky former NBA star Dennis Rodman and despotic North Korean dictator Kim Jong Un are buddies. Rodman has repeatedly paid visits to the reclusive country — not without controversy, given North Korea has a history of threatening to launch nuclear warheads at the United States.

You might be surprised to hear some American companies have willingly footed the bill for Rodman’s dubious North Korean visits. Here we’ll take a look at a marijuana cryptocurrency firm and others who have sponsored his trips. See just why they did so (page 3) and which company backpedaled on its support (page 7). Also, find out what President Donald Trump thinks of Rodman’s attempts at North Korean “basketball diplomacy” (page 5). 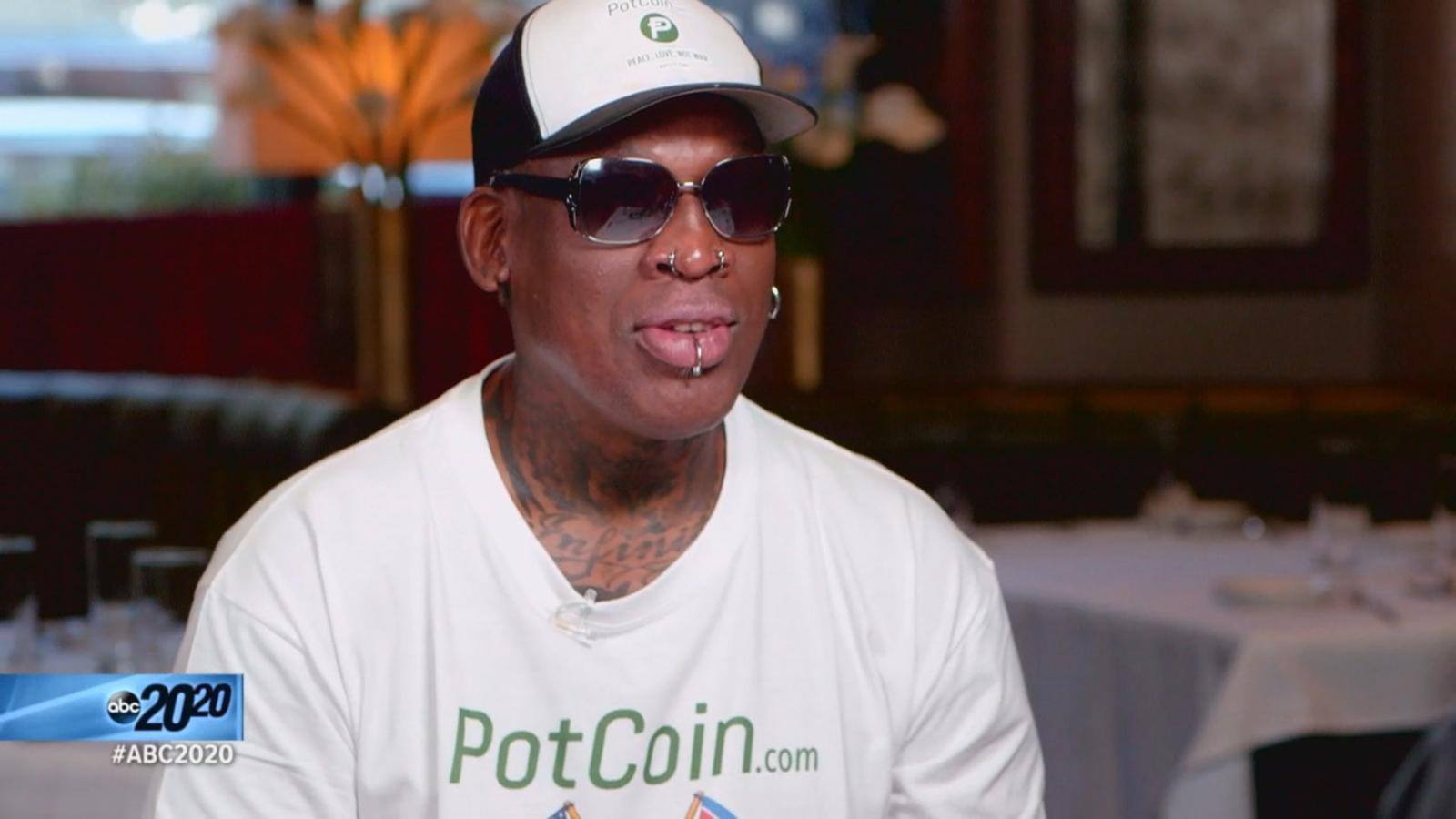 Simply put, PotCoin is like a Bitcoin for marijuana. While its creators suggest users should use the cryptocurrency solely for pot-related purposes, technically they can use it for anything — like buying things other than marijuana or storing funds that were generated elsewhere.

The company, based in Montreal, describes itself as “an ultra-secure digital cryptocurrency, network and banking solution for the $100 billion global legal marijuana industry.” Like Bitcoin, the value of a PotCoin fluctuates. At press time, it was $.14 per share.

How did PotCoin sponsor Rodman’s trip? 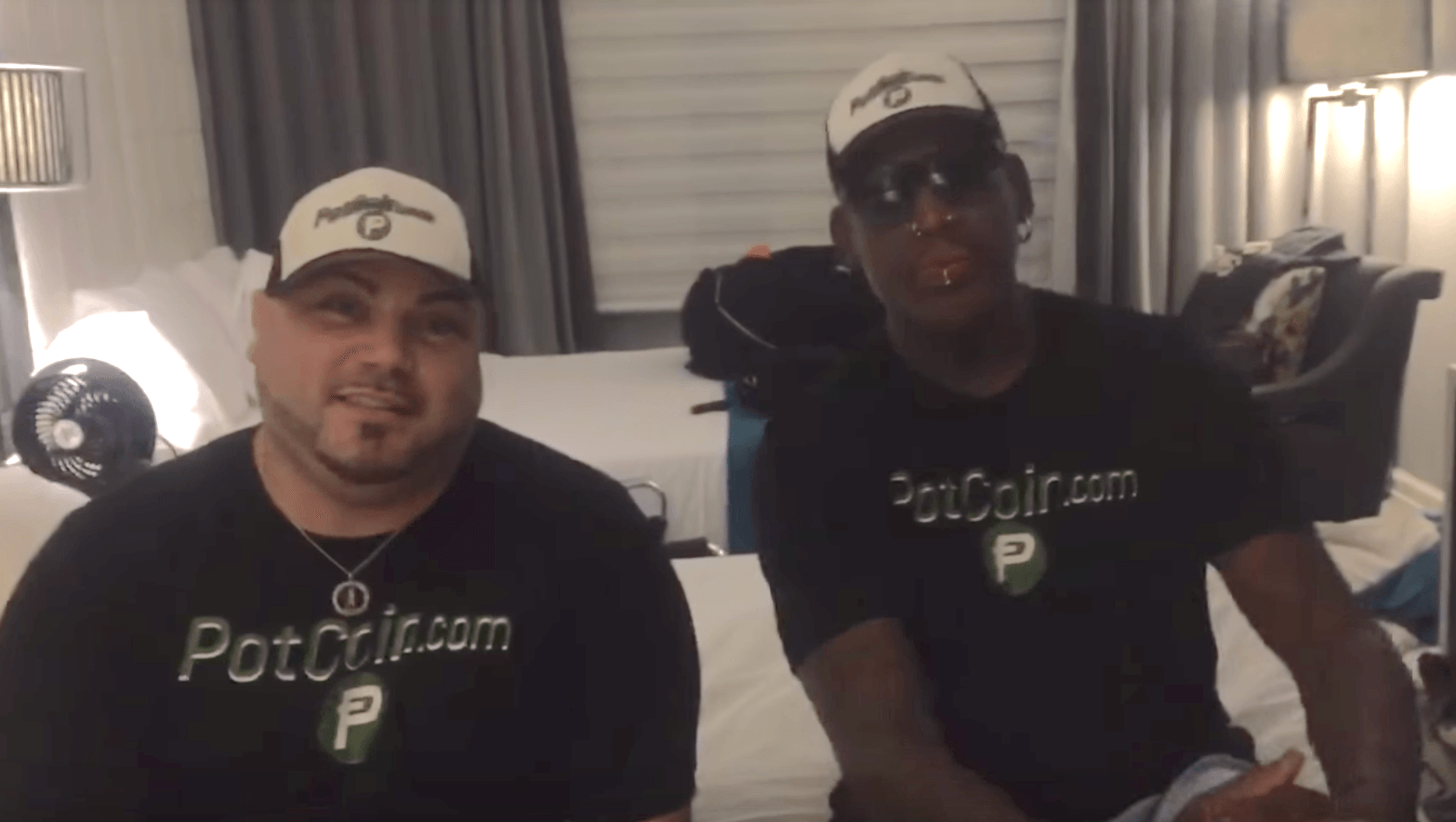 Rodman wore the company’s shirts during his trip. | AJ Bright via Youtube

On the eve of Rodman’s June 2017 North Korea trip, he appeared in a video with an unnamed PotCoin representative. The two sat in a hotel room, both wearing PotCoin t-shirts and baseball caps. “PotCoin is sending this man, Dennis Rodman, back to North Korea,” the representative said.

Rodman arrived in North Korea wearing the same PotCoin baseball cap and t-shirt, shown in images tweeted by PotCoin. There was no word, however, on the amount PotCoin paid for the trip.

Next: What PotCoin was thinking

Why did PotCoin sponsor Rodman’s trip? 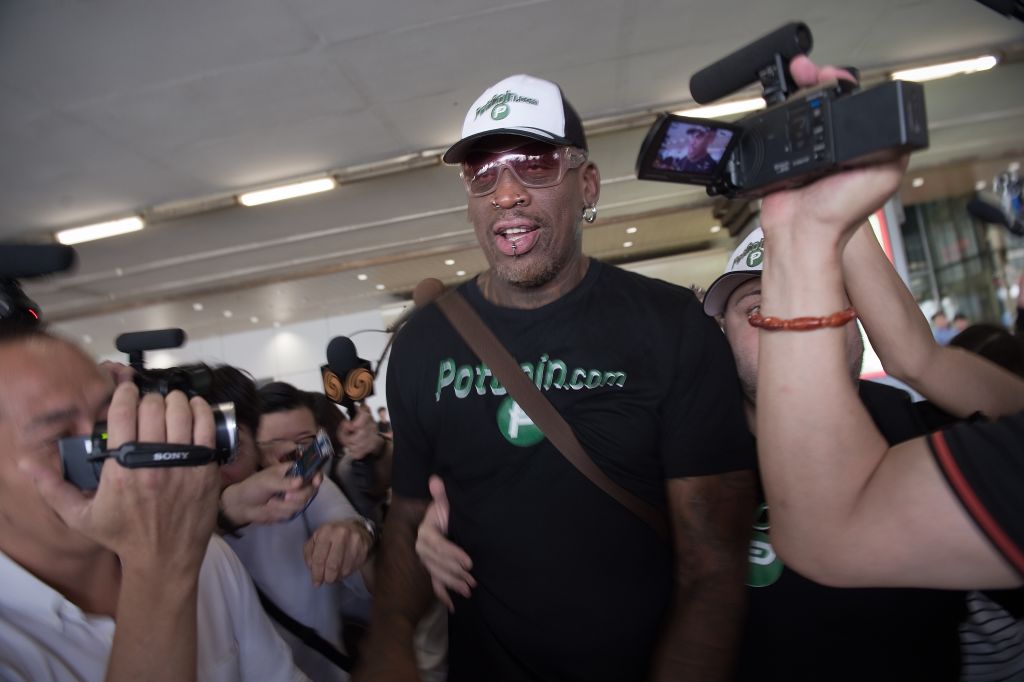 It comes with lots of publicity. | Nicolas Asfouri/AFP/Getty Images

In a couple of words: Public relations. Before Rodman’s trip, during which he wore PotCoin branded merchandise, the value of a PotCoin was $.01-$.02. Soon, however, the value spiked to $.15, perhaps a boost from Rodman’s PR.

All money aside, lest PotCoin’s involvement seem completely random, we should point out the media has portrayed North Korea as a stoner’s paradise where pot is legal and can be purchased in marketplaces. There you have it.

Next: Why Rodman said he went

Why did Rodman go? 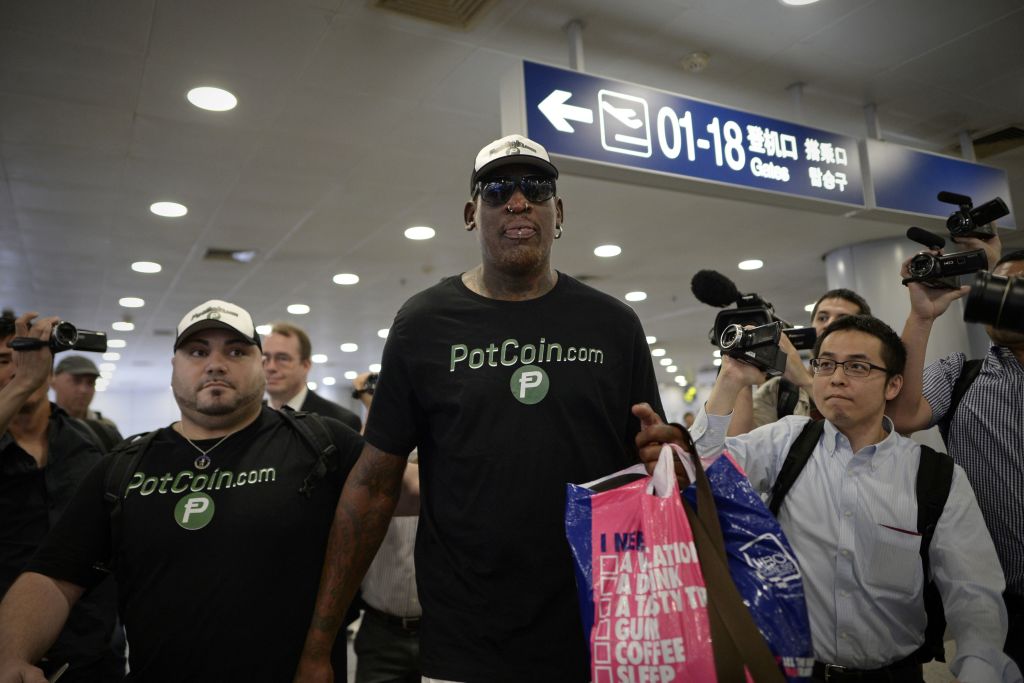 He wants to be peaceful with North Korea. | Wang Zhao/AFP/Getty Images

Rodman would use his visit to “open a line of communication and send a message of peace and understanding,” said his agent Darren Prince. Rodman himself made it sound more like simply visiting friends. Upon arriving in North Korea, he told reporters, “I’m just here to see some friends and have a good time.”

At the time of Rodman’s visit, four Americans were detained in North Korea, including Otto Warmbier (who was later returned to the U.S., where he passed away). Prior to Rodman’s trip, the press asked if he planned to discuss the detainees with North Korean officials. “Well, that’s not my purpose right now,” he replied. “My purpose is to go over there and try to see if I can keep bringing sports to North Korea.”

Next: What Trump thinks of Rodman’s North Korea visits

What did Trump say? 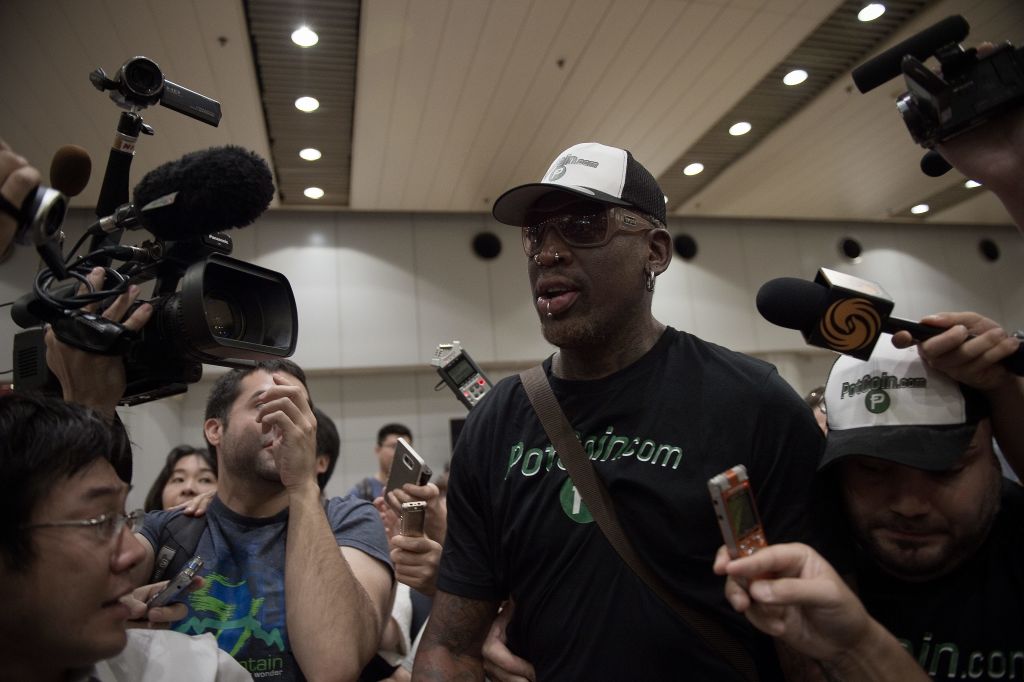 Trump hasn’t made a comment on this trip yet. | Nicolas Asfouri/AFP/Getty Images

While Rodman declined to say whether he had spoken with Trump about this latest trip, Trump called the former NBA baller “smart” in 2013 for his visit to North Korea. “You look at the world, the world is blowing up around us. Maybe Dennis is a lot better than what we have,” Trump said in 2013.

Suzanne DiMaggio, director at the New America think tank who has taken part in unofficial talks with North Korea, tweeted there was a “high probability” of communication between the Trump administration and Rodman before his June 2017 trip.

Next: Who else funded one of Rodman’s North Korea trips

Who else sponsored a Rodman-North Korea trip? 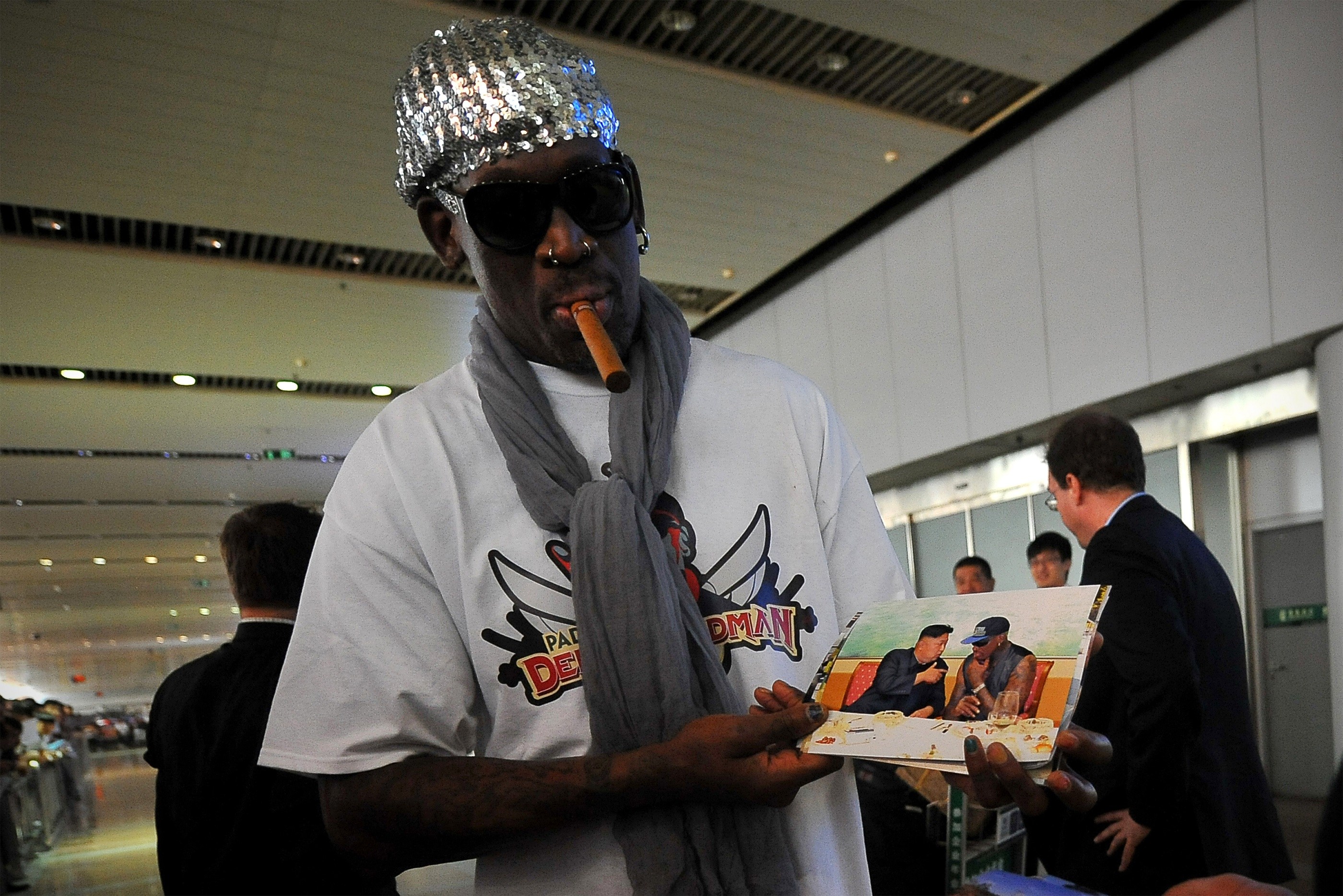 In 2013, HBO partner Vice Media sponsored Rodman’s first trip to North Korea in order to feature the trip in an episode for its news magazine. For the visit, a film crew accompanied Rodman and three members of the Harlem Globetrotters for a basketball game against North Korea’s team.

This wasn’t the first time Vice took part in stunt journalism. Similarly, the news magazine has also dispatched people to hot spots and war zones overseas. “We’re not trying to save the world. We’re not politicians. We’re trying to show people something that they won’t see anywhere else,” said Vice co-founder Shane Smith.

Next: A sponsor who backpedaled

Which sponsor backed away? 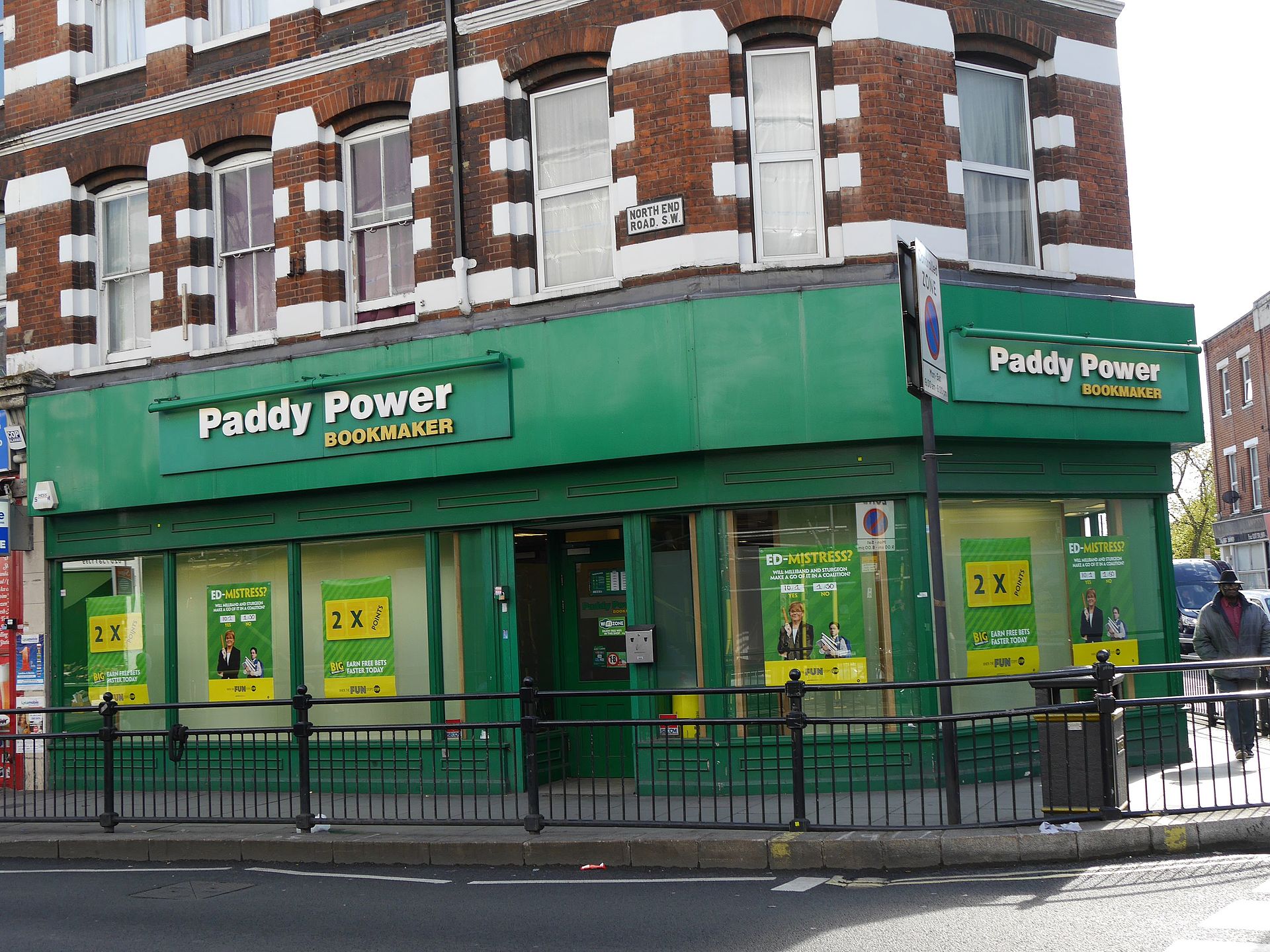 Paddy Power backed out of the trip. | Edwardx/Wikimedia Commons

However, the bookmaker distanced itself after receiving criticism in the wake of reports Kim ordered his uncle and two aides executed. “Given the changed circumstances, Paddy Power has decided to withdraw its association with the Dennis Rodman basketball initiative in North Korea,” the company’s statement read.

Next: Whether North Korea paid the bill 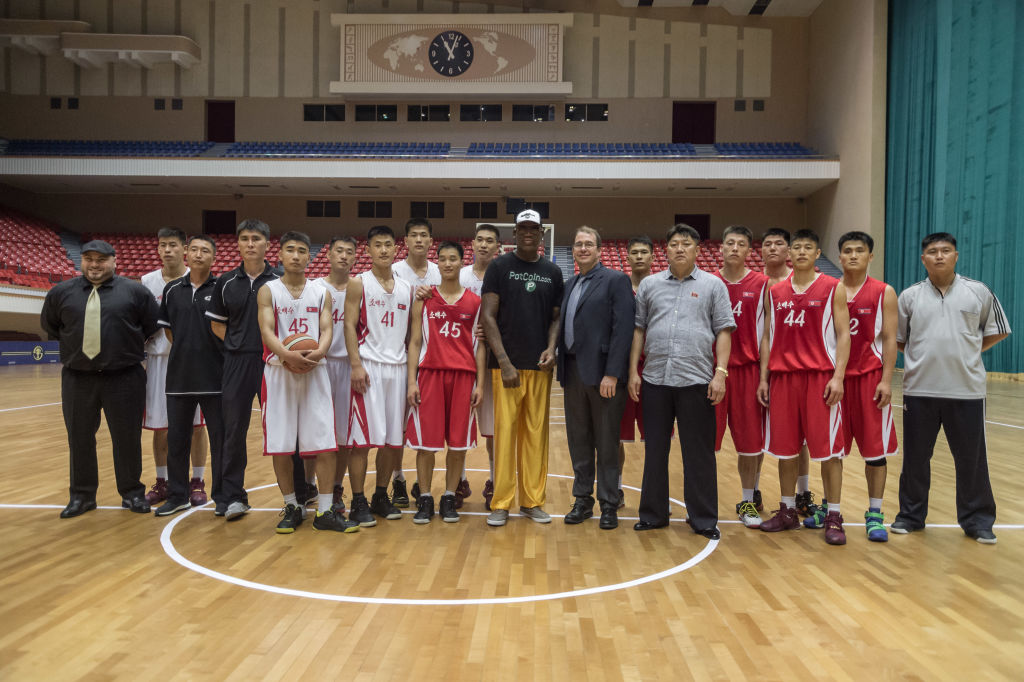 Charles Smith, a traveling companion of Rodman’s, shot down speculation that North Korea paid for Rodman’s January 2014 trip. Smith insisted the Americans — including the former NBA stars — did not receive any payday from North Korea.

“That leaves open the question of who did pay the team, and what their motivations to have Rodman and crew play in Pyongyang in a showcase for a brutal dictator were,” wrote Tom Ziller of SB Nation.