Set for Life: The Richest Millennials in America

Although millennials have gotten a reputation for not working hard and being entitled, this couldn’t be further from the truth. There are many young people who are starting businesses, assuming leadership roles at top corporations, and raking in serious dough while they’re at it. Who are these motivated millennials? To find them for you, we took a look at Forbes’ list of wealthiest Americans. Some of these young people became wealthy through an inheritance, but others earned their riches through hard work and determination.

Here are eight of the richest millennials in America, according to Forbes.

Julio Mario Santo Domingo III inherited one of the world’s largest beer fortunes. He acquired his wealth from his grandfather Don Julio Mario, who owned a sizeable stake in SABMiller. He now has a stake in Anheuser-Busch InBev following its merger with SAB in 2016, according to Forbes. Santo Domingo’s family holds much power and wealth in Colombia. At one time, the family’s holdings accounted for roughly 4% of Colombia’s economy, reports Money. 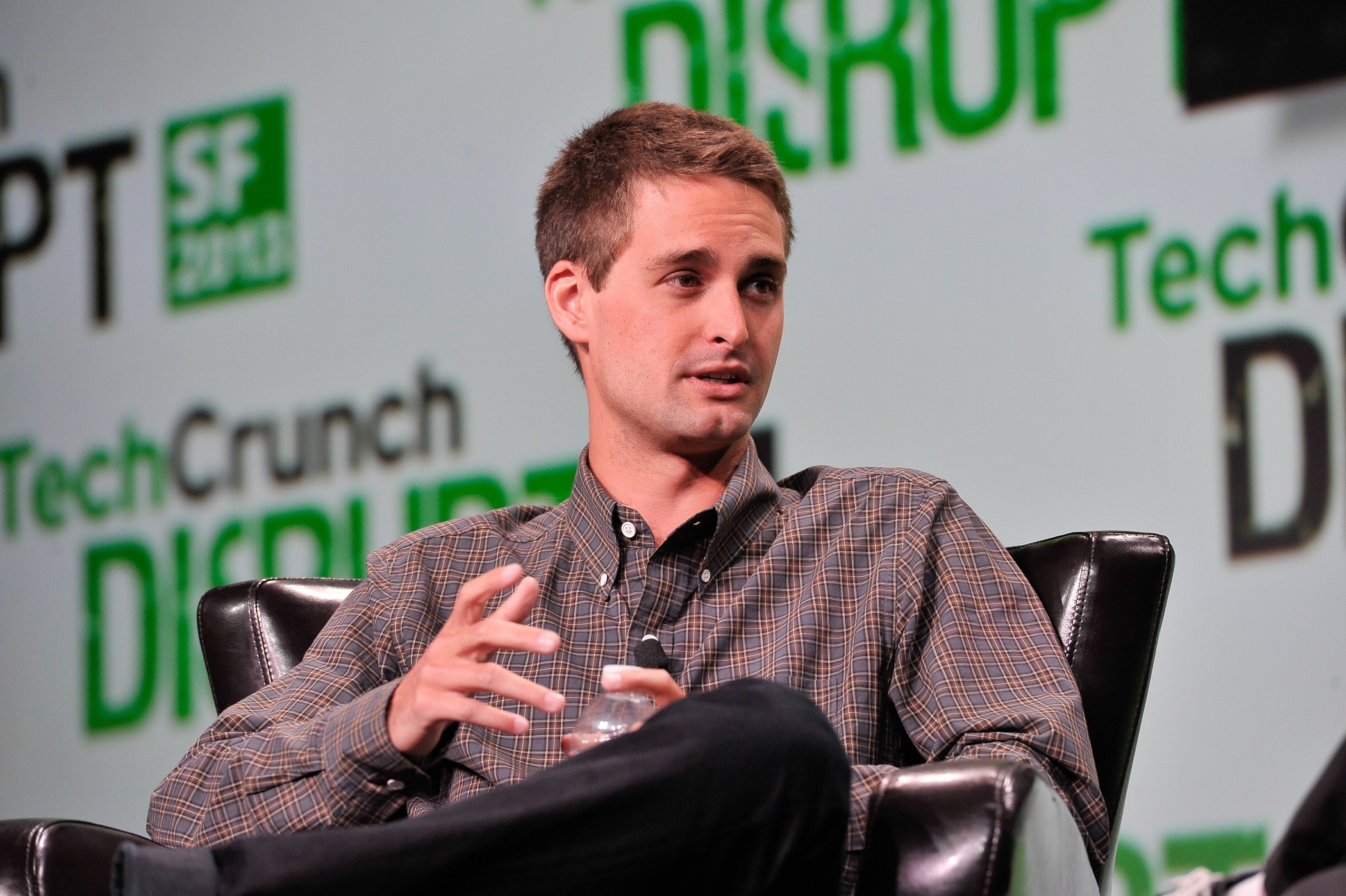 The Snapchat co-founder is raking it in thanks to his fellow millennials. | Steve Jennings/Getty Images for TechCrunch

Evan Spiegel is the co-founder and CEO of Snap, which developed Snapchat. Spiegel has the distinction of becoming the youngest public company CEO after Snap began trading in March 2017, reports Forbes. Snapchat was launched in 2011 and was originally named Pictaboo. The app didn’t do well, so it was relaunched and given its current name. By 2016, Snapchat reached 160 million daily users and $400 million in revenue, according to TechCrunch. 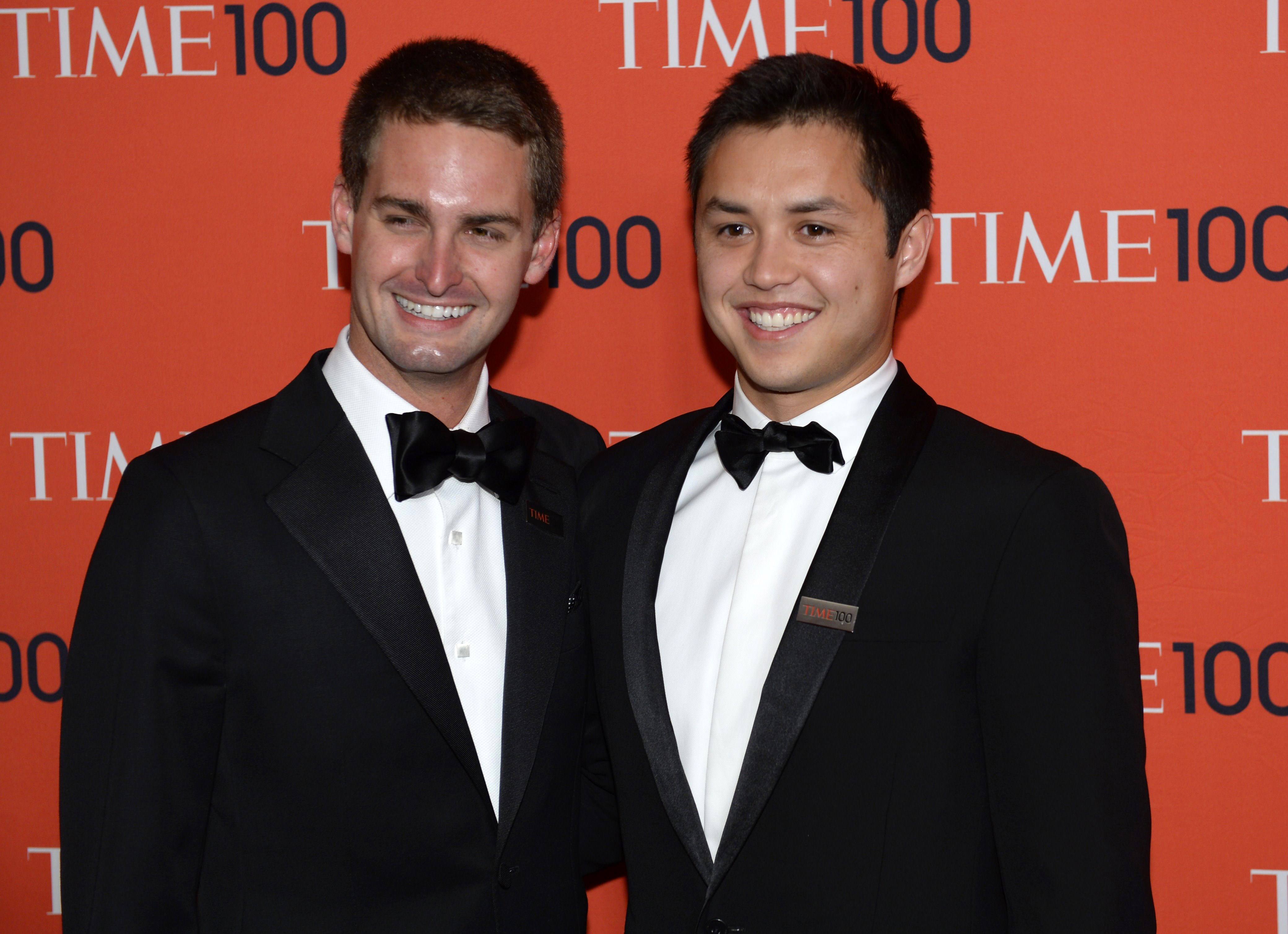 Bobby Murphy (right) was the programmer behind Snapchat. | Timothy A. Clary/AFP/Getty Images

Evan Spiegel isn’t the only one who made his fortune from Snapchat. Sharing the $3.1 billion spot is Bobby Murphy, also a Snap co-founder as well as the programmer behind the app. Murphy met Spiegel during his enrollment at Stanford University, reports TechCrunch. The first business Murphy and Spiegel launched together was Future Freshman back in 2009. When that business didn’t take off, they moved on to develop Snapchat in 2011.

Rishi Shah is CEO of Outcome Health, which is a health care technology company. It specializes in supplying medical offices with touch screens and tablets. Shah’s business has been successful mainly due to the increasing use of technology in hospitals and medical offices. Shah owns 80% of Outcome Health, which was founded in 2006 with company president Shradha Agarwal. 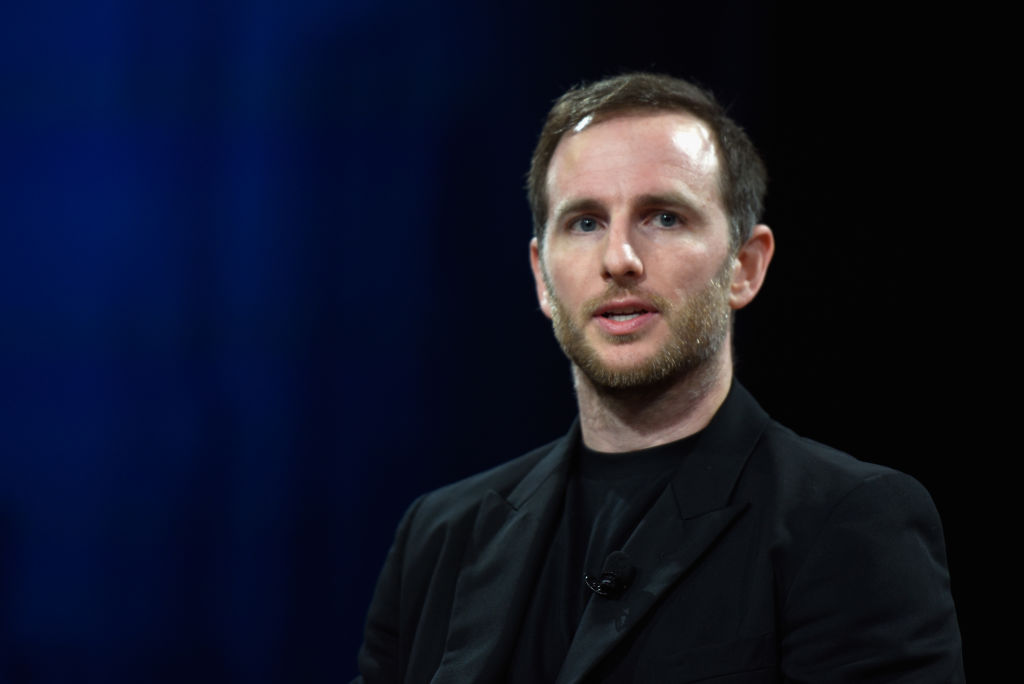 The company has expanded all around the world. | Riccardo Savi/Getty Images for Concordia Summit

Joe Gebbia’s road to riches started in his San Francisco apartment, where he founded Airbnb in 2008. Gebbia, the company’s CEO and chief product officer, is also head of Samara, which is Airbnb’s in-house design and innovation studio. Today, Airbnb has more than 3 million listings in more than 191 countries. Forbes reports roughly 160 million people have used Airbnb. 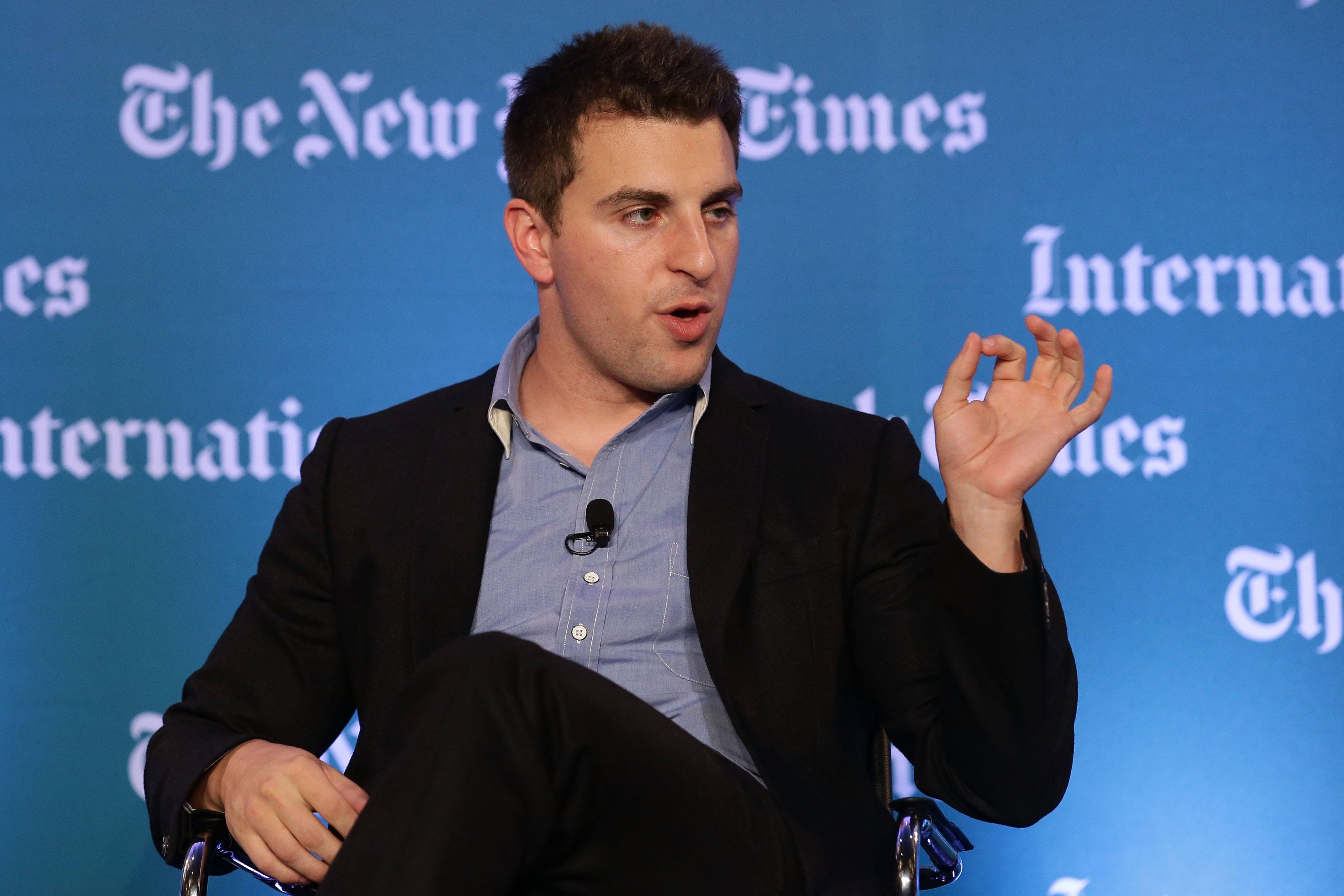 Joe Gebbia isn’t the only one who made his fortune from Airbnb. Sharing the $3.8 billion spot is Brian Chesky, also an Airbnb co-founder. Chesky met Gebbia in college at Rhode Island School of Design, reports Forbes. Chesky had humble beginnings. He made just $40,000 a year as an industrial designer in Los Angeles before Airbnb became a top company. 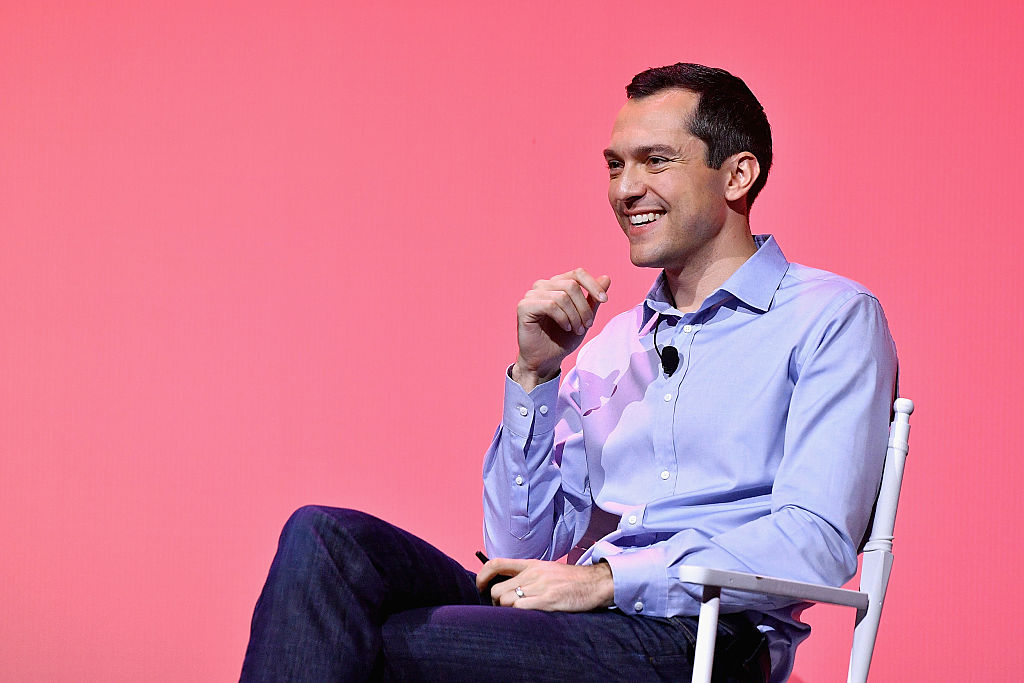 Joe Gebbia and Brian Chesky have company when it comes to the Airbnb fortune. Also sharing the $3.8 billion spot is Nathan Blecharczyk, another Airbnb co-founder. Blecharczyk, who is the company’s strategy officer, was the first engineer working with Chesky and Gebbia, according to Forbes. Airbnb has roughly 3 million listings worldwide, and has rented to 200 million customers so far. 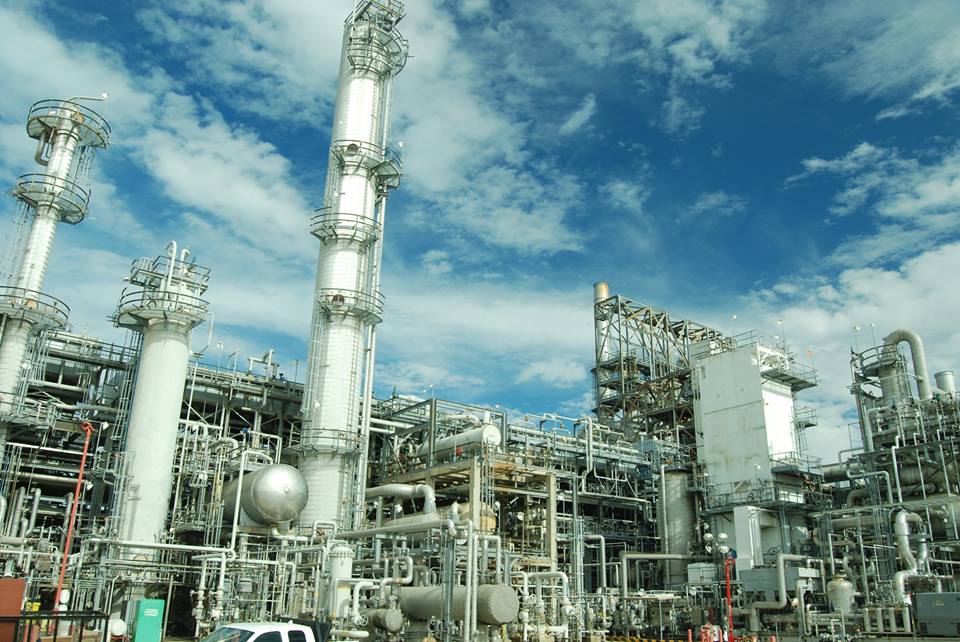 He shares the business with his siblings. | Enterprise Products via Facebook