The Sharks Said No, But These Rejected ‘Shark Tank’ Products Still Made Millions

Pitching to the Shark Tank sharks can make or break a small business. There are all the ridiculous products the sharks said ‘No’ to and a handful of failures that tanked despite the sharks’ help. A lucky handful of companies are making big money and the inventors and sharks are getting rich.

Then there are the Shark Tank rejects that are wildly successful. These products didn’t make it on Shark Tank, but they still made millions or more. No. 6 on our list is a well-known company Amazon recently purchased for $1 billion.

For many people, a cell phone is their lifeline to the world, but the investors on Shark Tank passed on this cell phone screen protector. On the show, CellHelmet’s founders asked for $160,000 for 20% of the business and came up empty. Clearly, it didn’t negatively impact the business.

Next: Food company doing $5 million in business without help from Shark Tank. When his daughter declared she was done eating meat, Shawn Davis started making shrimp patties to replace her hamburgers. His Chef Big Shake was the result and it was an instant success, but not everyone saw it that way.

Davis asked the sharks for $200,000 for 25% of his business and he got rejected, but Chef Big Shake is one of the most successful Shark Tank rejects of all time. Within a year of appearing on the show, Davis’ business did $5 million in sales and you can buy the products in 22,000 stores.

Next: Saying no to Mark Cuban was a smart move. 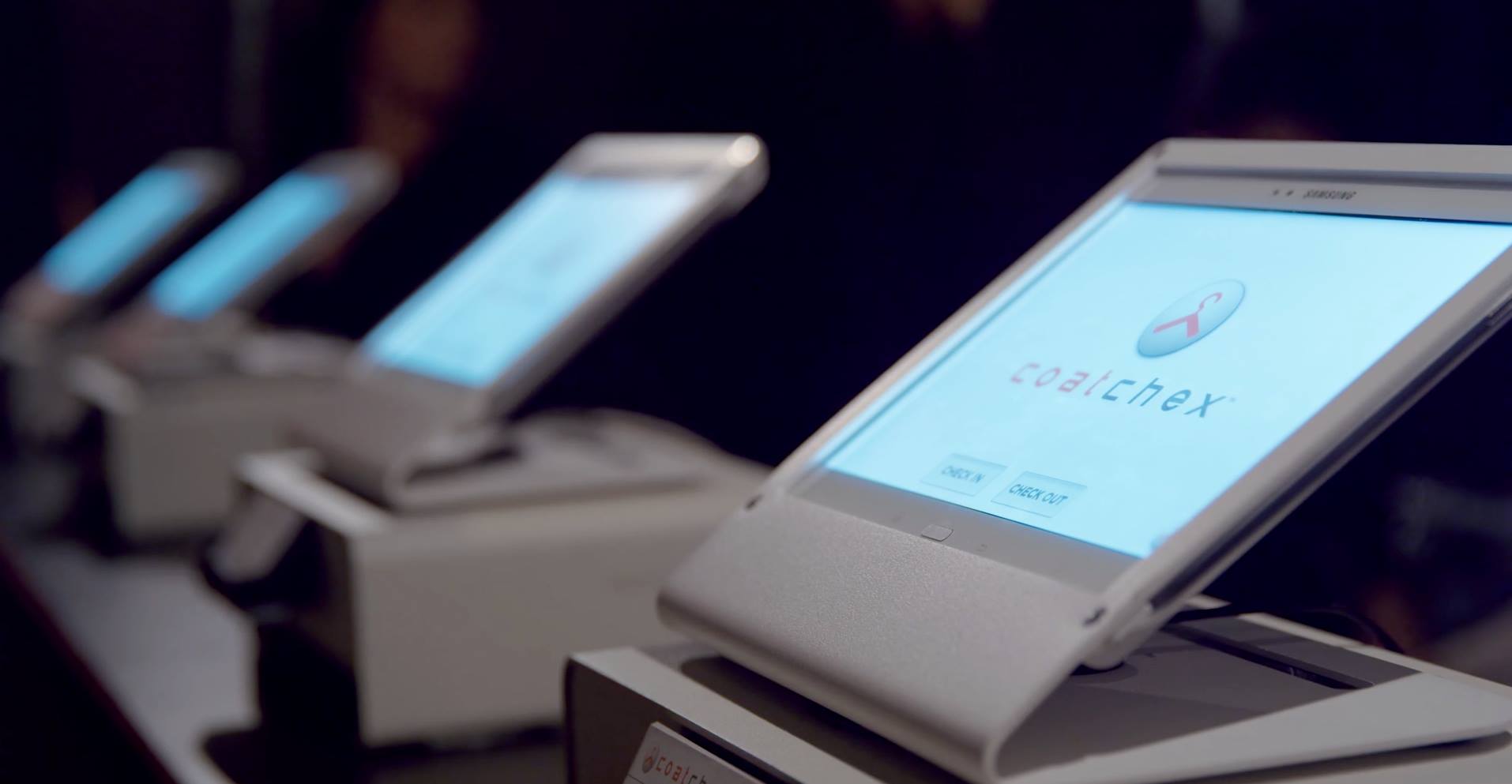 Turning down Mark Cuban’s offer of $200,000 for 33% of the company turned out to be a smart move. Venues such as the Barclay Center and Madison Square Garden use CoatChex’s ticketless, photo-based coat check software. SFGate reports the company made $500,000 in six months after the Shark Tank appearance thanks to contracts with the Super Bowl and other big-ticket events.

Next: When turning down $30 million is a smart move.

There are hundreds of dating apps out there, but this one is geared toward women and is designed by women. Mark Cuban offered $30 million for the entire company, but the founding sisters turned him down. Yet the company raised $11.2 million in funding in 2017, according to Forbes, and it’s expanding from its San Francisco base into another office in Seattle. The way the company is growing, turning down $30 million might be the smartest moves the founders ever make.

Next: Putting Oregon on the map for a different reason. 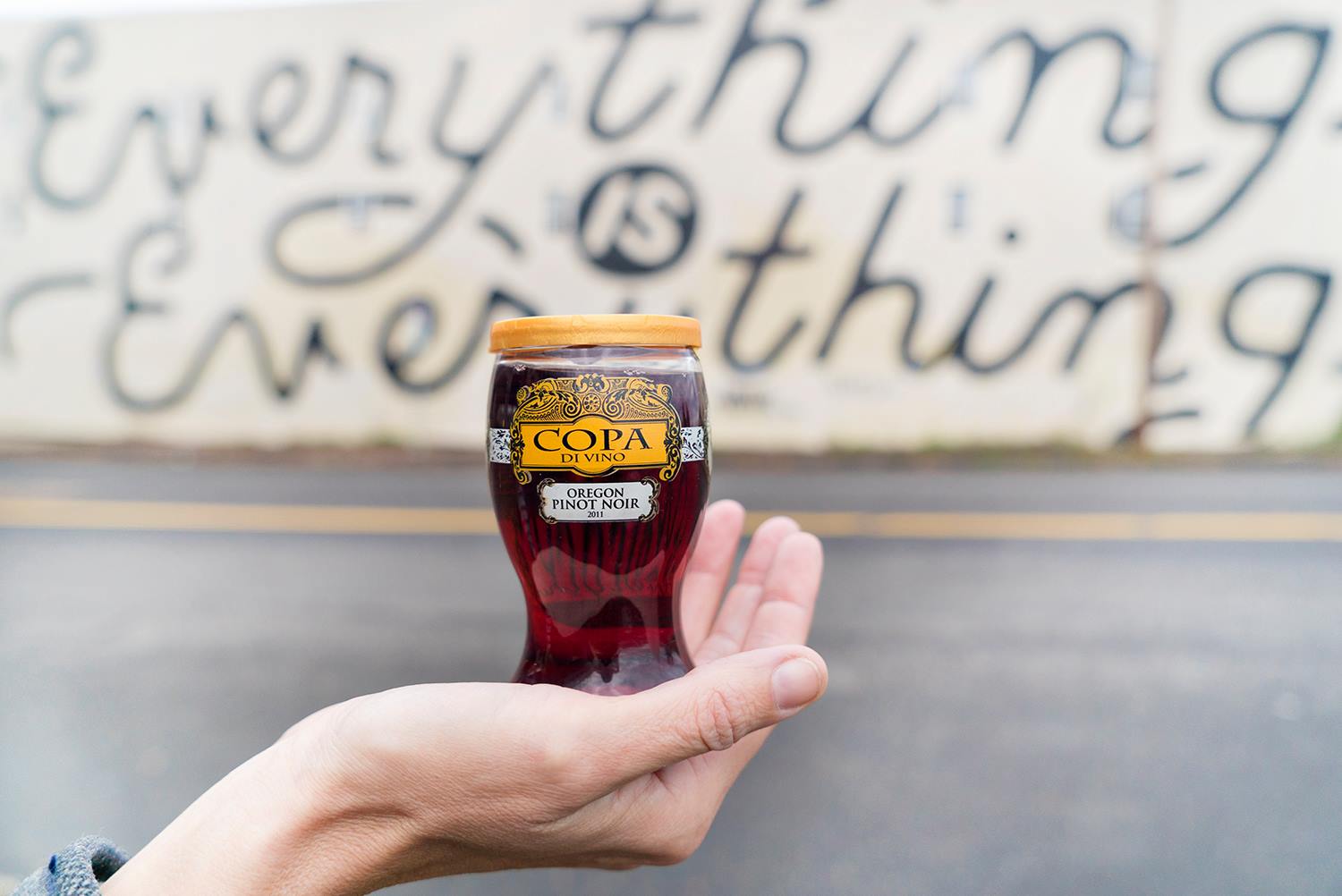 People know Oregon more for its amazing craft beer scene, but Copa Di Vino is changing that. Founder James Martin appeared on Shark Tank twice and didn’t get a deal either time. During his first appearance, he asked for $600,000 for a 30% stake. It all worked out for the best, however. According to the Huffington Post, Copa Di Vino surpassed $25 million in revenue and you can buy it in 13,000 locations, making it one of the most successful Shark Tank rejects ever.

Next: Amazon recently made a big bet on this Shark Tank product.

Siminoff is laughing all the way to the bank. | Amazon

You’re probably aware of this Shark Tank reject since Amazon paid $1 billion for it. It was called DoorBot when company founder Jamie Siminoff pitched the product on Shark Tank in 2013. Siminoff asked for $700,000 for a 10% stake. Shark Kevin O’Leary bit, but he wanted more than a stake and Siminoff turned down the offer. Richard Branson invested in Ring in 2015, and it turned out to be a smart money move for Branson, just as turning down O’Leary was wise for Siminoff.

Next: It wasn’t Nuts saying ‘No’ to the Shark Tank offers.

They now sell all sorts of cleaning products. | Eco Nuts

Like the other business we’ve seen so far, Eco Nuts proves that Shark Tank rejects and still be successful. The founders of this natural detergent company asked for $175,000 for 15% of their company. The offer they received was $175,000 for a 50% stake, which they turned down. Now the company makes more than detergent, and it’s worth more than $1 million.

Next: The founder of this global company told the sharks to swim away. 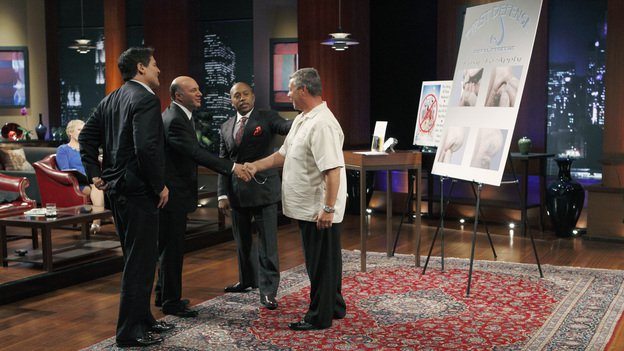 Founder Joseph Moore had an $8 million contract in hand when he appeared on Shark Tank. Several sharks took the bait and offered money, but Moore turned them down and the rest is history. Moore sells First Defense in 40 countries and is exclusive in India.

Next: Investors see the potential the sharks didn’t. 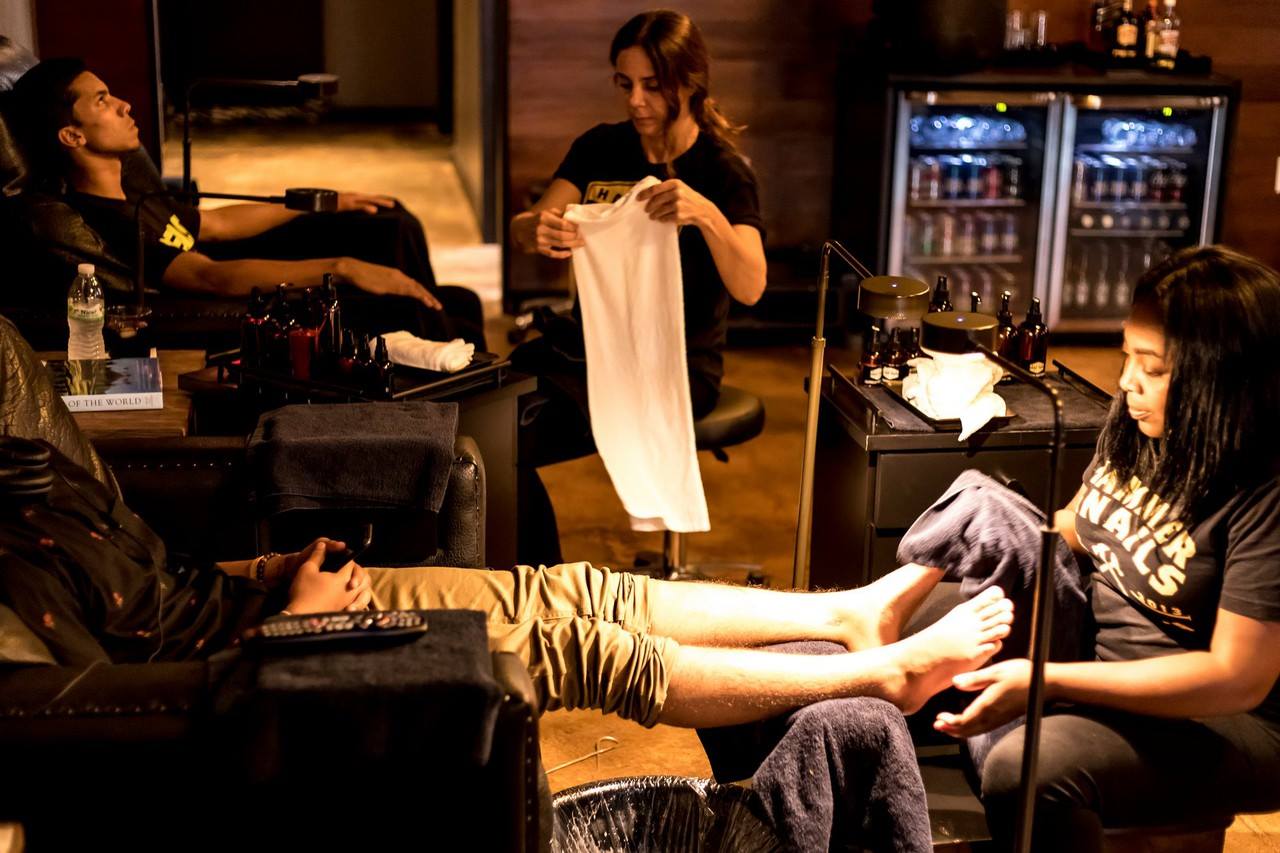 The salons are open thanks to eight investors who watched the show. | Hammer & Nails via Facebook

When Michael Elliot asked for $200,000 on Shark Tank, none of the sharks took the bait. Yet after the show, eight people who saw the episode combined to invest that amount. Now, Elliot’s male-oriented nail salon has 183 franchise licenses with shops planned across the country.

Next: This was nearly a Shark Tank success story. 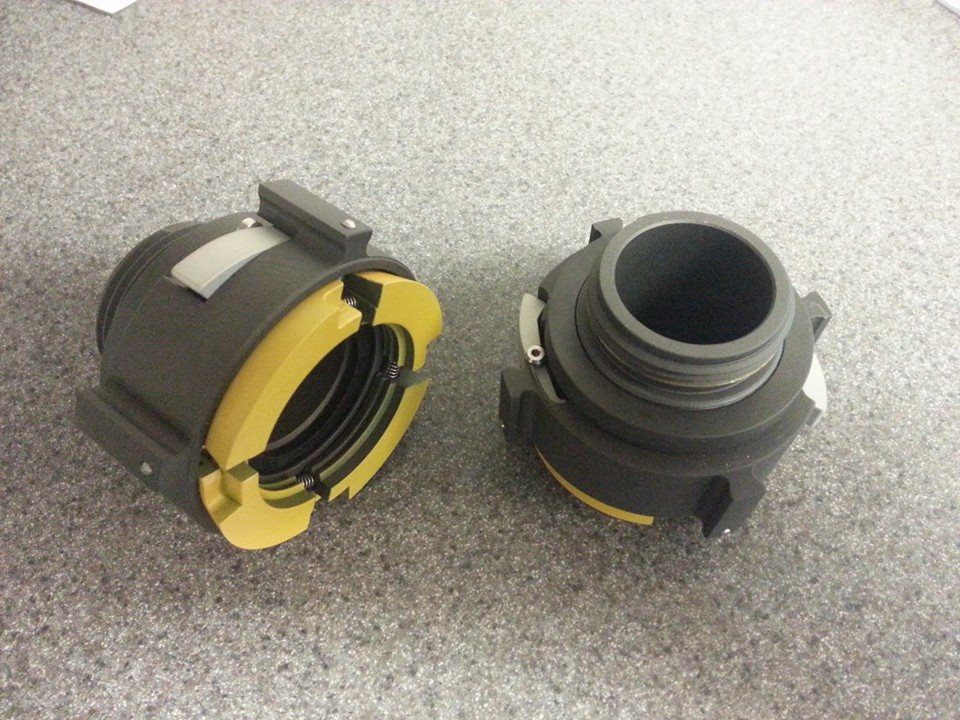 The deal fell through, but that worked in his favor. | HyConn via Facebook

Hy-Conn founder Jeff Stroope and Shark Tank star Mark Cuban agreed to become partners, but Stroope backed out because Cuban altered the deal, according to Shark Tank Blog. Having the deal fall apart is working out for Stroope. NerdWallet reports Hy-Conn is a $5 million company that is rapidly expanding.

The deal was never finalized. | The Smart Baker via Facebook

The Smart Baker is pretty much what it sounds like — products that make cooking and baking simple. Shark Barbara Corcoran ponied up $75,000 for 40% of the company, but she and the founders never finalized the deal. The year after appearing on Shark Tank, the company had $600,000 in revenue and now it does $1 million annually.

Next: Making it easy to take tunes on the road. 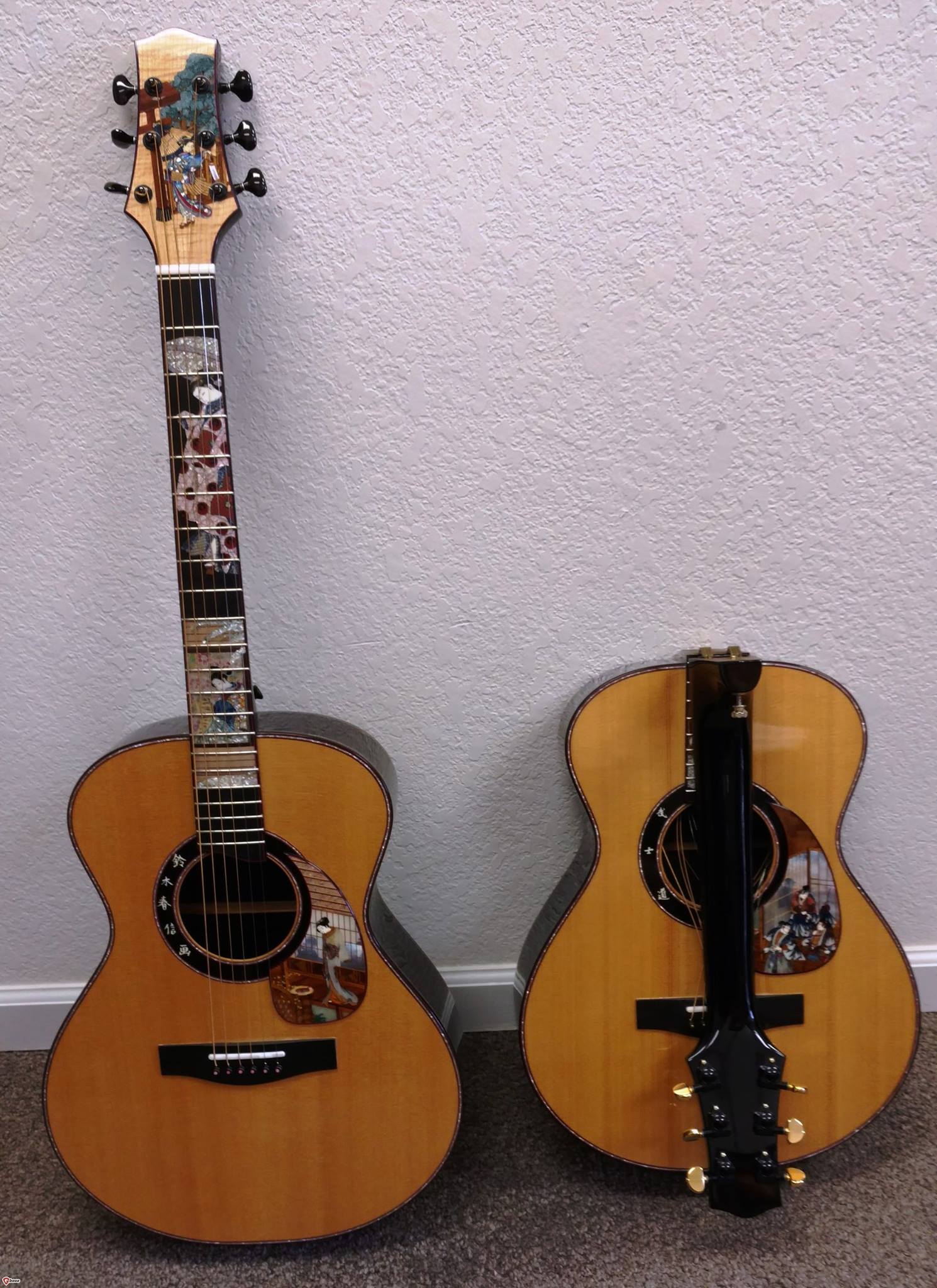 There was a lot of back and forth, but it fell through. | Voyage-Air Guitar via Facebook

Voyage Air Guitar is definitely unique. The neck of the guitar folds in half, making the instrument less cumbersome when traveling. The company and farther and son inventors Jeff and Josh Cohen have a long history on Shark Tank which involved a lot of back and forth with shark Kevin O’Leary. The Cohens rejected O’Leary’s initial offer of $500,000 for 51% of the company, but years later he helped them get a licensing deal with guitar maker Fender.

Next: Crowdfunding pushes this company close to $30 million. 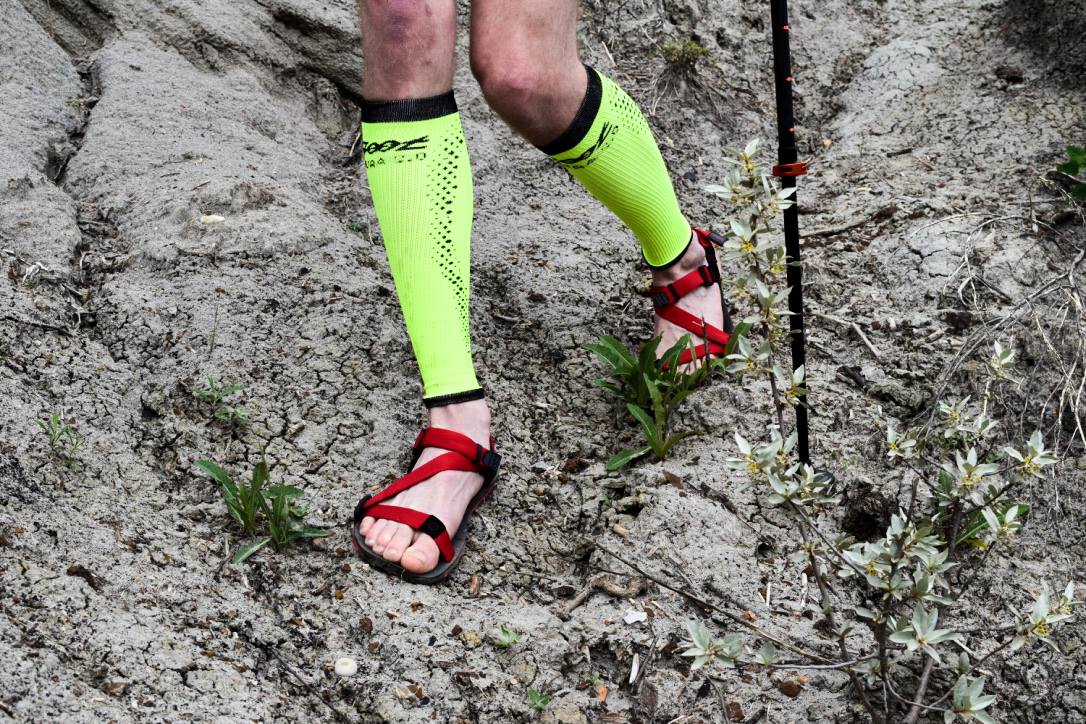 They are some of the most successful rejects. | Xero Shoes via Facebook

Xero Shoes founders Steven Sashen and Lena Phoenix bet on themselves and are some of the most successful Shark Tank rejects of all time. When the pair appeared on the show in 2013, their company had a little more than $850,000 in revenue and they asked for $800,000 for 8% of the business, which they didn’t get. The best offer was $400,000 for a 50% stake. Fast forward to 2017, and a series of crowdfunding pushed Xero’s market value to $28.5 million.