Should Investors Ignore the Soap Opera in Washington, D.C.? 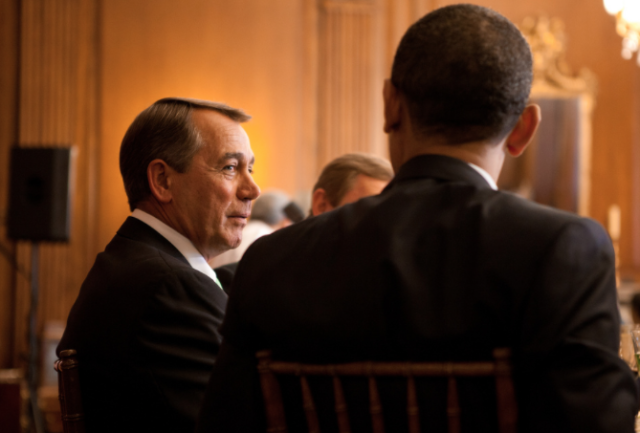 The political soap opera that Capitol Hill has become does not appear to be ending anytime soon. Once again, elected officials are generating drama and grabbing headlines in regards to America’s financial situation. However, that does not mean investors should stick around to watch the show.

Congress failed to reach some kind of a temporary budget agreement — known as a continuing resolution — by the end of last month, causing several parts of the government to shut down indefinitely. Thousands of federal workers are furloughed without pay and numerous government offices and programs are now closed. Functions deemed essential, like national security and emergency services, remain open. Congress is also in session.

While the full effect of a government shutdown is not exactly clear, since the White House has some control over the procedure, Moody’s Analytics chief economist Mark Zandi estimates that only 20 basis points of annualized economic growth could be lost during the fourth quarter if the shutdown lasts a few days. If the shutdown lasts three or four weeks, it could reduce America’s gross domestic product growth by 1.4 percentage points.

“The budget battle should have little adverse effect on businesspeople, consumers, or investors, provided it is resolved in time,” Zandi said in a recent testimony to the Joint Economic Committee. “But policymakers should not take solace in this. If they botch it and the government shuts down or fails to meet all its obligations, investor and consumer psychology will be undermined, and the economy will suffer serious harm.”

Unfortunately, investor psychology may already be taking a hit as Republicans and Democrats banter back and fourth in public. The Dow Jones Industrial Average and S&P 500 both posted their worst losing streaks of the year in September, and protection against default on U.S. Treasuries spiked to its highest level in months during the past week. Nonetheless, investors should keep the long term in mind when dealing with short-term volatility.

Despite the ups and downs of the market when a politician speaks into a microphone, Americans know how this movie ends — Congress will eventually prolong the show in order to avoid making any hard decisions. Over the past four decades, the government has experienced 17 shutdowns, with the average lasting just six days and the longest lasting only 21 days, according to Morgan Stanley Research.

Changing long-term portfolio strategies based on developments happening in Washington, D.C., can lead investors astray. Carl Richards, a certified financial planner and author of The Behavior Gap, stresses that investors should focus on their own financial situations and not become encumbered with issues they cannot influence.

Richards writes: “We sometimes deviate from our plan in response to a bit of news that may not mean what we think it means. Some of us have made it a habit to watch the news for clues about what we should do. Wow. What a truly bad idea that is. Remember: you only have control over certain things. Pay attention to what’s happening, but don’t overrate its significance to you and your plans.”

The last shutdown occurred in December 1995 and correlated with a 4 percent drop in the S&P 500. However, once the shutdown ended in January 1996, stocks rallied more than 10 percent. Investors who didn’t allow the situation to influence their portfolios came out ahead.

Going forward, it will be important for investors to keep that in mind, especially as a debt ceiling fight accompanies the budget battle. However, considering Congress has raised the debt ceiling nearly 80 times since 1917, we know how that movie ends, too.

Don’t Miss: Who Does the Government Really Work For?