Should Politicians Be Responsible for Setting the Minimum Wage? 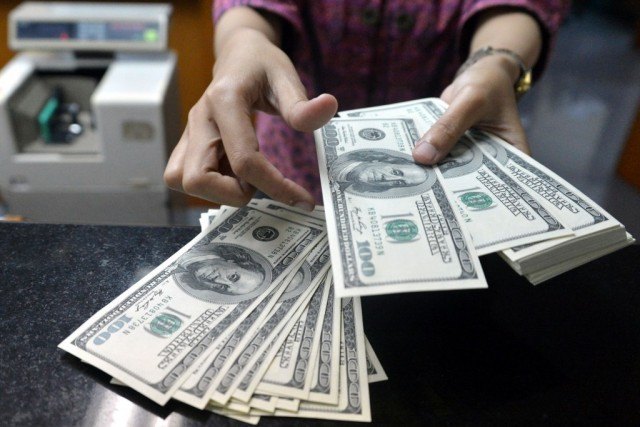 Minimum wage in the United States is a serious topic of debate — and a highly political one. It’s not that Democrats want an increase and Republicans don’t, but the timing and method of the change or where that change should be enforced has become a highly controversial and politicized question. It’s the motivation behind protests across many states and industries, including the well publicized fast food protests for a $15 minimum wage.

Congress is not currently prepared to pass a federal minimum wage increase, despite the popularity among many voters. Congress is too red for an increase — and that might be part of the problem. Not Congress, and not the Republican majority therein, but rather the fact that political leanings have so much control and so much influence on how the minimum wage is set. If the issue wasn’t such a highly divisive one for political parties, progress would be more obtainable. But why is it so divisive in the United States while other countries manage to find agreement on action across parties? In large part it’s because the effects of raising the minimum wage are disagreed upon, and that disagreement runs along party lines as well.

Republicans argue that a national wage increase would place too much strain on businesses and stunt job growth, even leading to layoffs to compensate for the expense. Democrats argue that it would increase spending, spark more economic activity, improve quality of life and equality for middle and lower socioeconomic classes in America.

What states got a minimum wage increase in 2015?

Not all states are prepared to commit to $15 dollars, but there has been some progress at the state level in increasing the minimum wage — and President Barack Obama has made his own moves with Executive Order 13658 for federal contractors and employees. In 2015, 21 states plus D.C. increased the minimum wage. At the national level, the minimum wage rests at $7.25 an hour. As of 2015, Alaska, Arizona, Arkansas, Colorado, Connecticut, Florida, Hawaii, Maryland, Massachusetts, Missouri, Montana, Nebraska, New Jersey, New York, Ohio, Oregon, Rhode Island, South Dakota, Vermont, Washington, and West Virginia have raised minimum wages.

This increase ranged from the unimpressive — Arkansas has a minimum wage of $7.50 from the previous low of $6.25, and Missouri saw wages rise from $7.50 to $7.65. An increase to $7.25 was quite common. Others have been more aggressively raising the minimum, for example Oregon, where the minimum has gone up to $9.25, or New York, where the raise was to $8.75. Most states have an incremental increase in place organized over the next few years, but by definition this will result in certain regions lagging behind while others create more livable wages for residents, and most of the state-led increases this year have been nowhere near the $10.10 suggested minimum that supporters of Obama’s initiative were trying to push through Congress.

There are a few cities and states that have gotten ahead of the curve — for example San Francisco, where the minimum wage is $11.05, Oakland, where the minimum is $12.25, and Seattle and Los Angeles where the minimum has increased to $15. But when tempered with the facts about living expenses, many of these regions are still only offering wages that help residents keep up with the exorbitant cost of living in the area.

Brookings offers two solutions to the issue of over politicization in our government’s assessment of the minimum wage increase. One is to put a federal minimum wage advisory board in place with recommendations on a yearly basis for where the minimum wage should be. Brookings suggest that this board could follow the U.K. model with “three representatives of employer organizations, three form labor organizations, and three independent labor economists.” It theorizes that such a board would self-regulate its political partisanship because, regardless of who is in Congress being advised by the board, it’s in the best interest of that body to present Congress with a recommendation that could realistically be passed.

This argument has some merit, especially when you look at an institution like the Supreme Court, where rulings are made to be in keeping with the time, based partly (whether this is openly admitted or not) on where the nation is as a whole and what it can reasonably expected to accept and implement. Yes, the Supreme Court is actually a body of power, not recommendations like this board would be, but as the Supreme Court isn’t imbued with the power of enforcement, it is in a way the same thing. This inability to enforce unpopular rulings has arisen at various tipping points in history, particularly with the civil rights movement and even coming up with the same-sex marriage issue. No institution wants to push through a decision, ruling, or opinion, that will ultimately lead them to appear impotent. There are examples of this system as it has been implemented in the U.S., as with the case of Pennsylvania’s Minimum Wage Act Advisory Board in the Department of Labor and Industry, and similar bodies of that type at the state level.

But to be effective, there also needs to objective data that neither party can dispute to the point of justifying their own choice to ignore an advisory body that is considered neutral, but there’s also a long history of this problem in Congress. It’s considerably more difficult to compile an unobjectionable report of data and statistics over the whole U.S. as opposed to state-by-state.

Conversely, this philosophy has done nothing to depoliticize the many other advisory boards that give input to Congress — and in the United States that is because state versus federal power is such a political concept in itself. It’s why state advisory bodies are given more weight than federal by Republicans over Democrats, and it’s a difference in philosophy on how economic policy should be controlled in this area. Some issues are inherently problematic for the U.S. because they are given more weight and focus at this economic juncture as a silver bullet or dangerous trip wire (depending on who you ask), and it’s a built-in reality of the system created by our own unique history. And looking at the PA Minimum Wage Advisory Board, it’s clear that despite statistics and a diverse board, there remains disagreement within even the board itself.

Brookings also suggested wage indexation as a solution to the political battle over the minimum wage. In theory this is a logical way out of the back and forth debates on when or if acting is best. If this type of system (Brookings recommends tying it to consumer prices or the median wage) were the default, it’s possible that it might reduce tension and remove it as a topic of conversation. However, if a rise in the minimum wage needed to be approved every year, that would be problematic for obvious reasons, and a default system would likely be very difficult to put in place for the same reason passing minimum wage increases at the federal level is something that needs to be depoliticized in the first place.