Should You Buy Berkshire Hathaway? 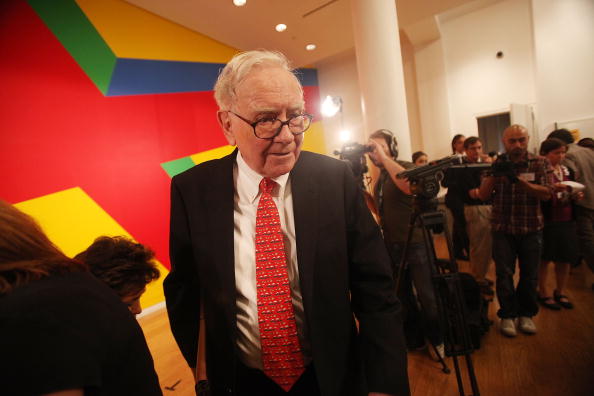 Berkshire Hathaway is one of the world’s largest companies with a market capitalization of $311 billion. It is a conglomerate managed by Warren Buffett and his partner Charlie Munger. The team is considered to be one of the best in investing history. Buffett has made fortunes by following a highly disciplined, yet surprisingly “folksy” style of investing that boasts such principles as:

While this is advice that seems fairly simple, the fact remains that Buffett’s performance has been unparalleled. With this in mind, it makes sense to “piggy back” Buffett and to simply buy shares in Berkshire Hathaway. There are other reasons, too. First, Berkshire Hathaway has access to extremely cheap capital. The company can borrow money inexpensively and leverage it up in order to invest it. Most investors do not have that luxury.

Third, when Berkshire Hathaway announces a position the stock usually rises a few percentage points, which makes it more difficult to do as well as the company. Fourth, Berkshire Hathaway owns businesses that cannot be replicated. Some examples include:

Fifth, Berkshire Hathaway can move profits earned by one business into another business that needs it tax free. You cannot do that in your own portfolio.

Nevertheless, there are reasons to be hesitant as well. First, Warren Buffett is 83 years old. There is no telling how much longer he will be able to run Berkshire Hathaway. He may die or choose to retire before his faculties diminish. When this happens the stock is going to fall, and it could fall a lot. If it falls to book value then it would fall by a third.

Second, Buffett is not infallible. I think he has made some questionable business decisions. For instance, I disagree with his position in IBM (NYSE:IBM), which has seen declining revenues and profits. Management has used its capital to repurchase stock aggressively at record high prices despite the fact that this capital could have been used to expand.

Fourth, Buffett has some rules that seem too rigid such as “don’t buy gold or technology stocks.” Gold has outperformed Berkshire Hathaway over the past 10 years, and since the turn of the century, and there are technology stocks that have drastically outperformed Berkshire Hathaway. Such rules might make sense from Buffett’s perspective, but I see them as restrictive.

Given all of these points, Berkshire Hathaway is intriguing. But at the same time, I think I would rather cherry pick some of Buffett’s investments than purchase the good with the bad.