Should You Buy Colgate After Earnings? 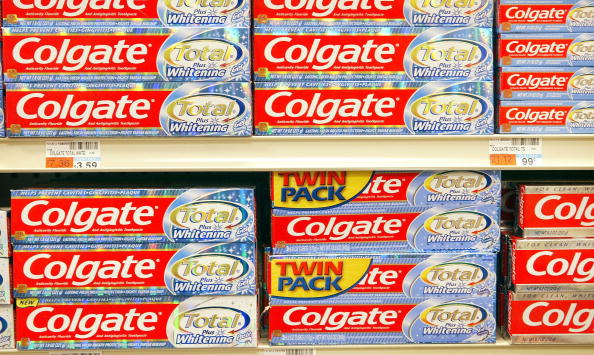 Colgate Palmolive (NYSE:CL) — one of the global leaders in the consumer products industry — released its first-quarter earnings figures last Friday. On Monday, when the company presented this information to investors, the stock soared 2.5 percent to a new all time high.

Investors were extremely pleased with the company’s organic sales growth, which hit 5 percent in the first-quarter year over year. This was particularly due to the company’s Latin American sales, which grew in the double digits. Are investors correct to bid up the shares, and should you buy?

It’s never a good idea to buy a stock at its all time high or after a significant jump in its share price. However, I don’t even think Colgate shares can be bought on a modest pull-back. As great as the company is in its industry group, it is significantly overvalued. The stock trades at 28 times trailing earnings, which is extremely high for a company with 5 percent organic sales growth.

Bulls might retort back that the P/E multiple is so high because the company had one-time expenses that dented the company’s earnings figure. Due to changes to Venezuela’s currency system and the cost of selling land in Mexico Colgate’s earnings per share came in at $0.42, whereas it should have come in at $0.68/share.

This would be a fine explanation if these so-called “one-time expenses” were really one-time expenses. While these particular expenses are one-time expenses the company seems to have a lot of these. In fact, if you look at the “unusual income/loss” column of Colgate’s income statement, we find that there is some loss every quarter in the past year:

This isn’t necessarily a bad way to present the numbers. After all, what management’s accountants are really doing is saying that here’s how our business would have done had everything run perfectly smoothly, and here are where things went wrong.

Another thing that Colgate bulls want to overlook (but shouldn’t) is the fact that the company’s profits are getting hit by weak emerging market currencies. One of the appeals of Colgate shares is the fact that it is a dominant player in the consumer products space in Latin America and in emerging markets more generally. While this means that the company has organic sales growth (i.e. it is selling more products every year), the fact remains that these countries have extremely volatile currencies. These currencies were so weak year over year that despite Colgate’s 5 percent organic sales growth its actual sales growth was basically flat.

The trouble is that it seems as if those valuing the company are doing so based on the ideal scenario. But we all know that the world isn’t perfect, and the fact that Colgate is reporting these unusual expenses and forex losses speaks to this point.

With that being the case, I think 28 times earnings is far too much to be paying for a company that has grown its earnings just 3 percent over the last 3 years. That doesn’t mean that I would short the stock — it produces bond-like returns and investors are flocking to these kinds of assets. A stock trading at 28 times earnings has an earnings yield of 3.6 percent, and for a bond that seems to be pretty high.

However, eventually, unless these one-time expenses and forex-related losses disappear, I think we can see some investors start to jump ship. They have nice profits in the stock if they have held it for a while, and there are a lot of companies out there with lower P/E multiples, faster earnings growth, and larger dividends.

For these reasons, I want to stay away from Colgate shares for the time being.

Disclosure: Ben Kramer-Miller has no position in Colgate Palmolive.